One solution to accommodate Copenhagen’s population growth is to grow inwardly as well as outwardly. Growth near the central part of the city will help encourage commuters to use mass transit and bicycles to commute to and from work.

Nordhavn is an artificial peninsula on the Øresund coast. Nordhavn is the northernmost extension off the coast of the central part of the city. Once a harbor for container traffic and cruise ships, Nordhavn is becoming a new trend in urban development. Development of the area began in 2011, and plans are to continue development for the next several decades.

This development is bringing the peninsula a new identity. It will become a mixture of housing, businesses, public spaces, parks, natural areas, and cafés. Dense urban development will minimize energy consumption used for transportation. People will find cycling, walking, and public transportation the easy and obvious choice. 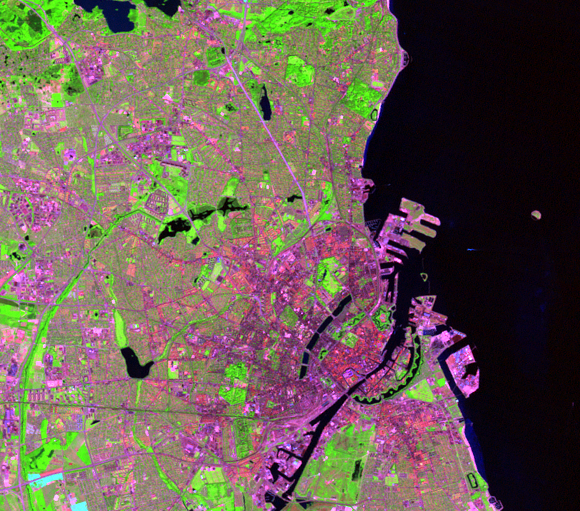 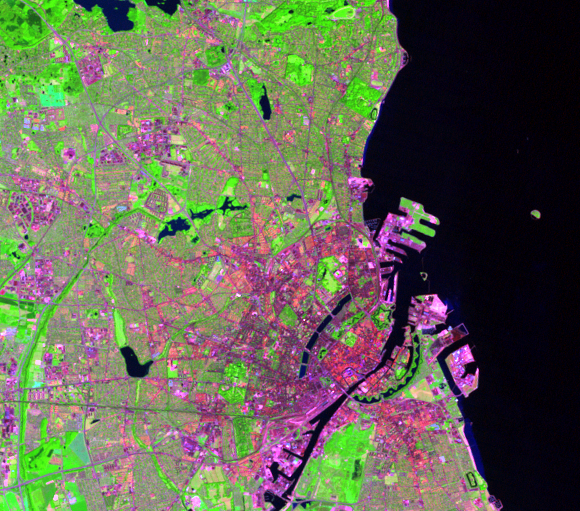 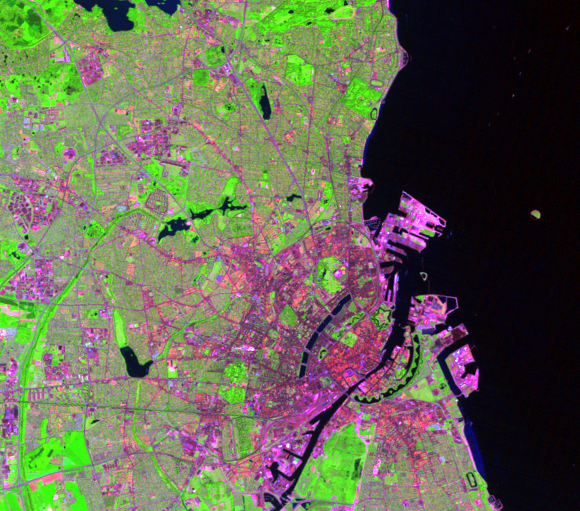 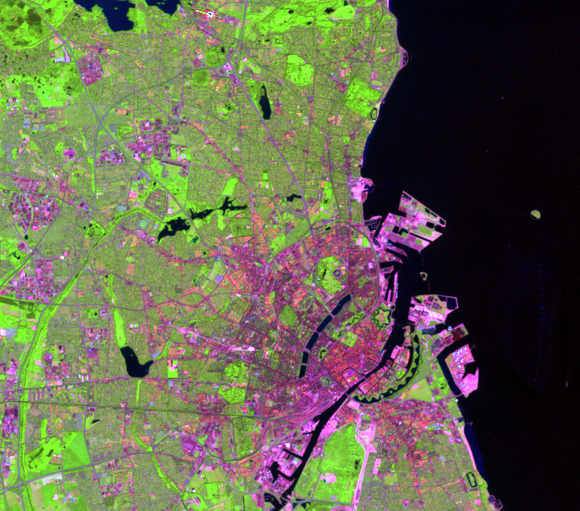 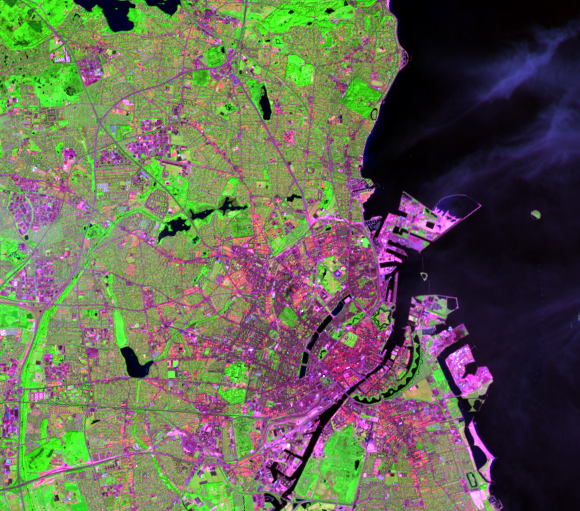 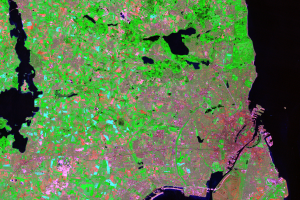 In 1947, Copenhagen established the Five Finger Plan. The plan for the city’s growth designated five corridors of urban development, which were along ... 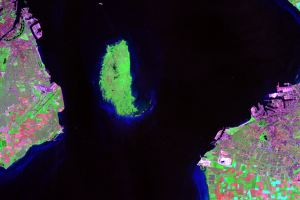 An artificial island first appears in the Øresund Strait in the 1998 image. The 4-km-long (2.5-mile-long) island is called Peberholm and was built fro...