The PRB has become about more than just coal. Oil production is also increasing. Similar to the Bakken Formation in North Dakota, new technologies are allowing oil to be more economically recoverable.

These images show the region just west of the Black Thunder Mine. The 2014 image looks like a messy dot-to-dot drawing. The light dots, connected by crooked lines, are oil wells and the roads that lead to them. 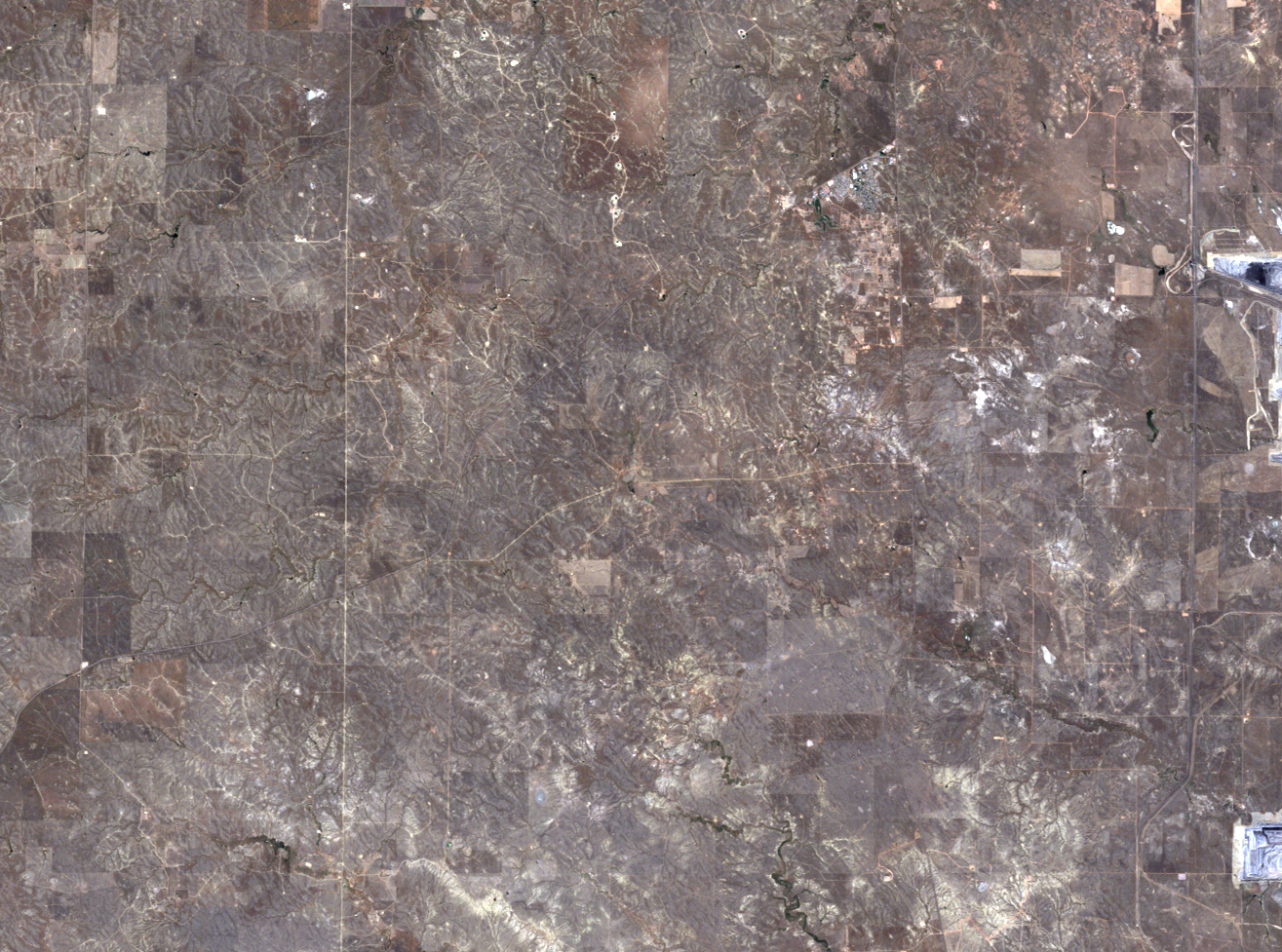 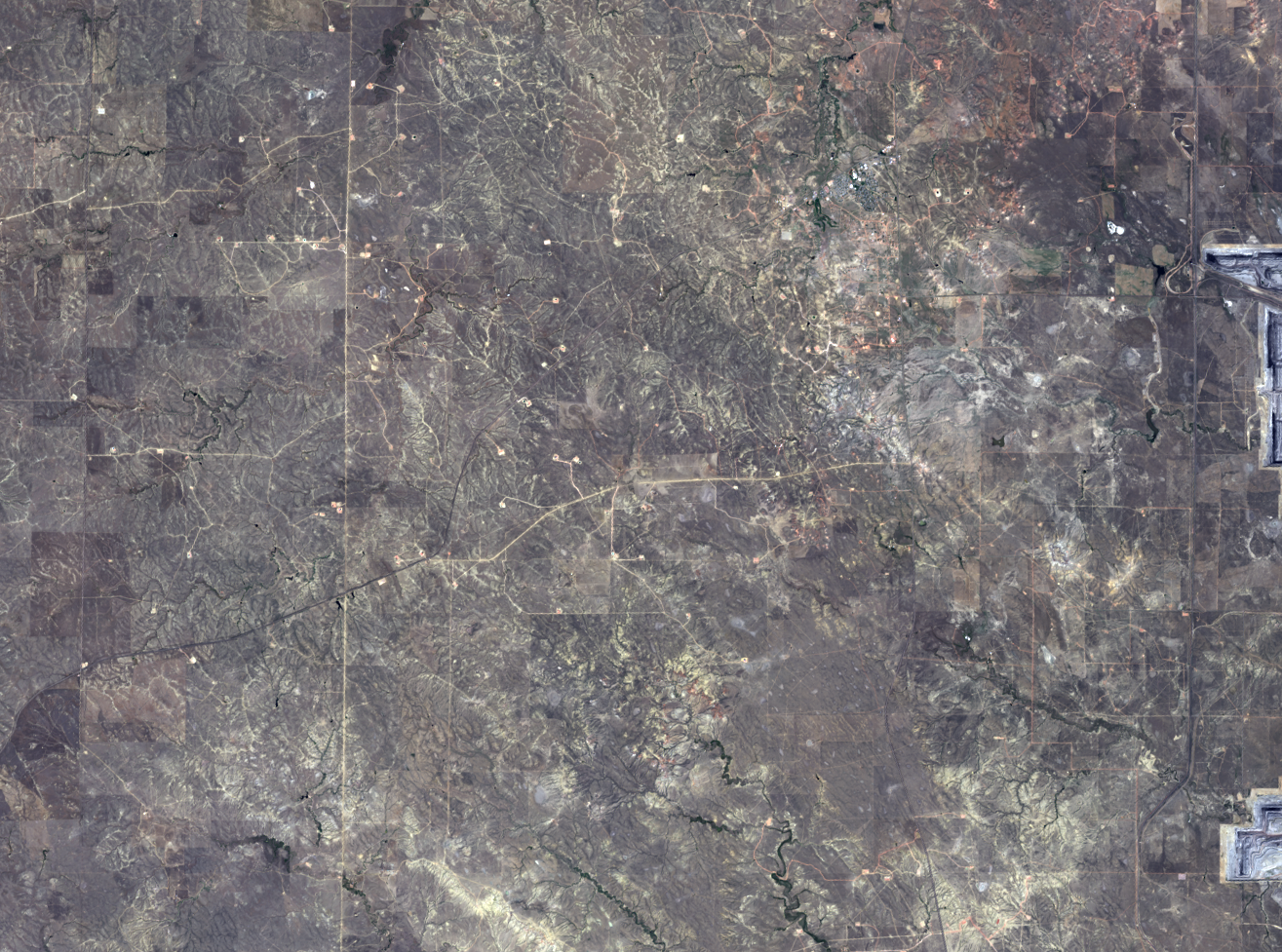 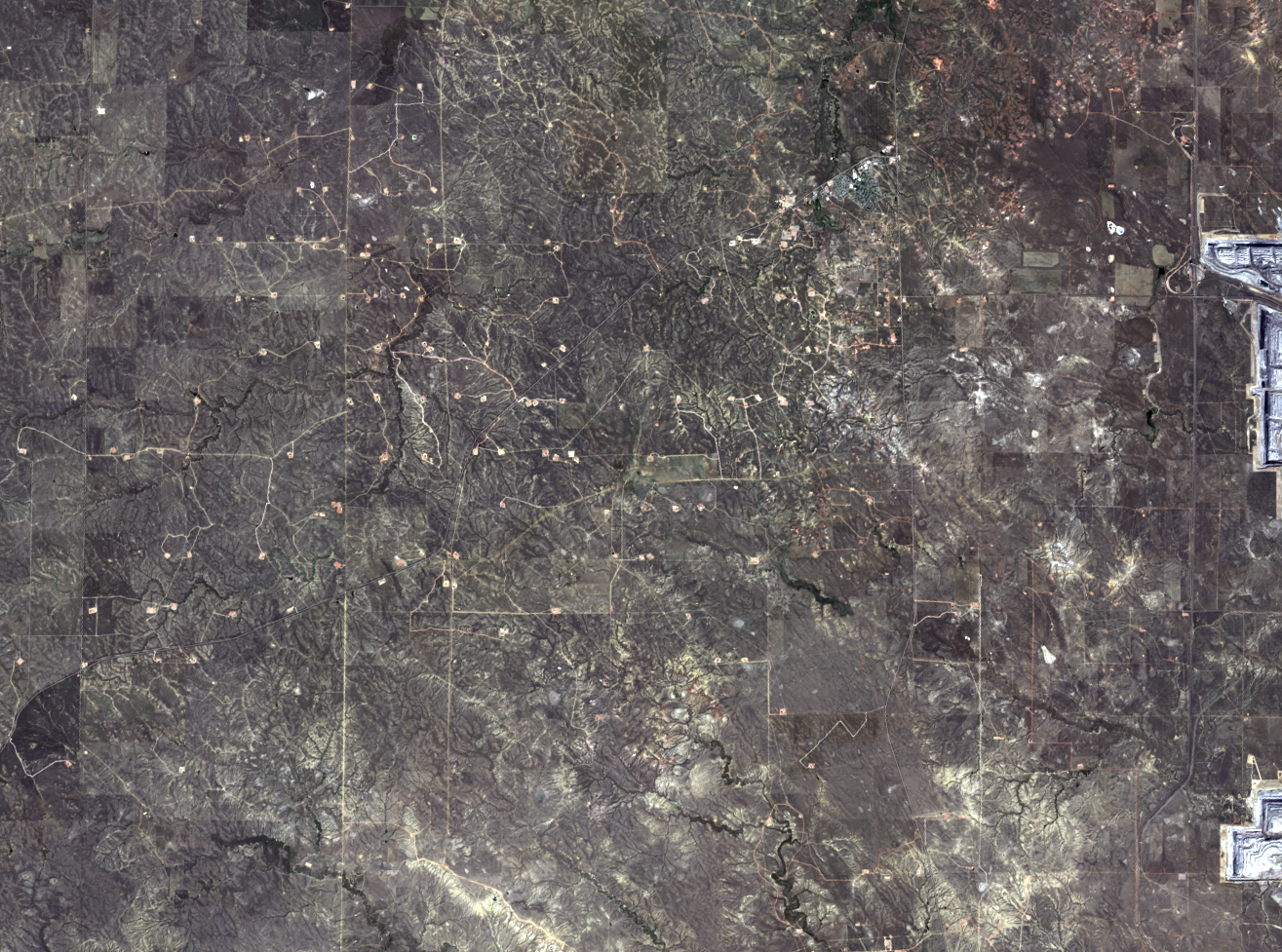 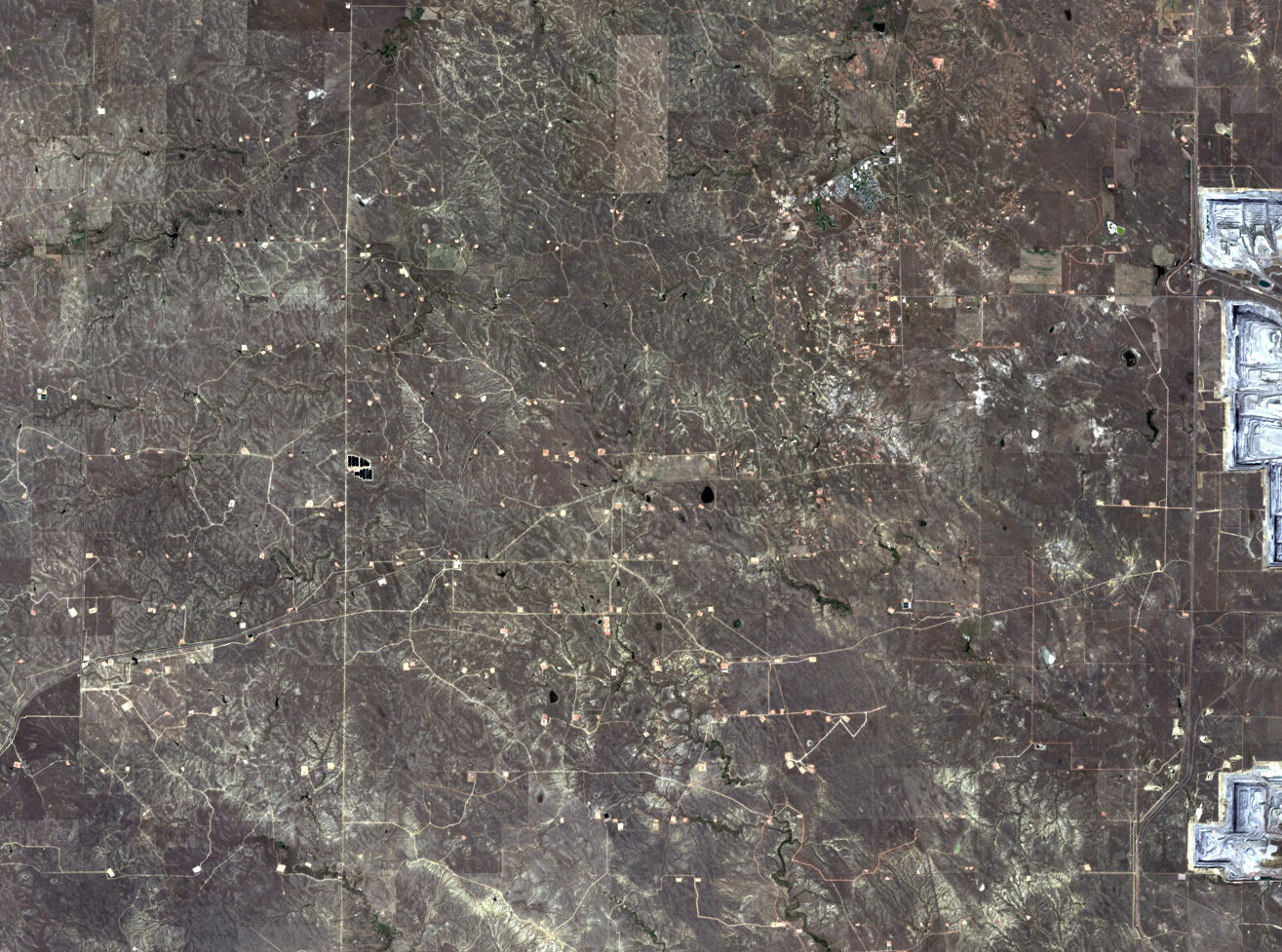 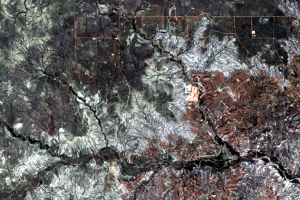 The coal mines in the PRB advance quickly enough to see a lot of change from year to year. Two animations available here show the annual change of the... 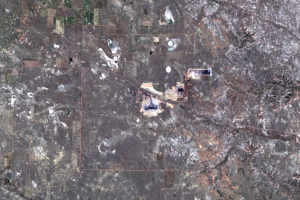 The Black Thunder Mine, shown in the series of Landsat images on the left, has sent 2.2 billion tons of coal to U.S. power plants since 1977. It produ... 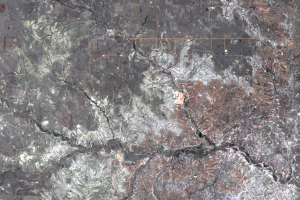 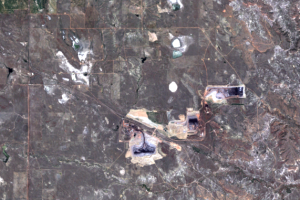 The mining process that takes place in the PRB is called surface mining. First, the topsoil is removed. The material above the coal (overburden in min...