In 1977, part of the Okomu Forest Reserve was given to the Federal Government for the Okomu Oil Palm Project. Between 1984 and 2011, the area of land used for oil palm plantations increased more than fourfold.

These plantations mostly appear in the northern part of the reserve. The image series also shows major changes in the southeastern part of the reserve, where the dark green is giving way to lighter green shades and pink. Small-scale subsistence farming is becoming more widespread. Logging and fuel wood collection also take place there under the forest canopy. People in this region can also sell forest products as a means of income.

These changes to the vegetation can cause increased localized erosion and flooding. Slightly higher than average rainfall can make the area vulnerable to flooding. 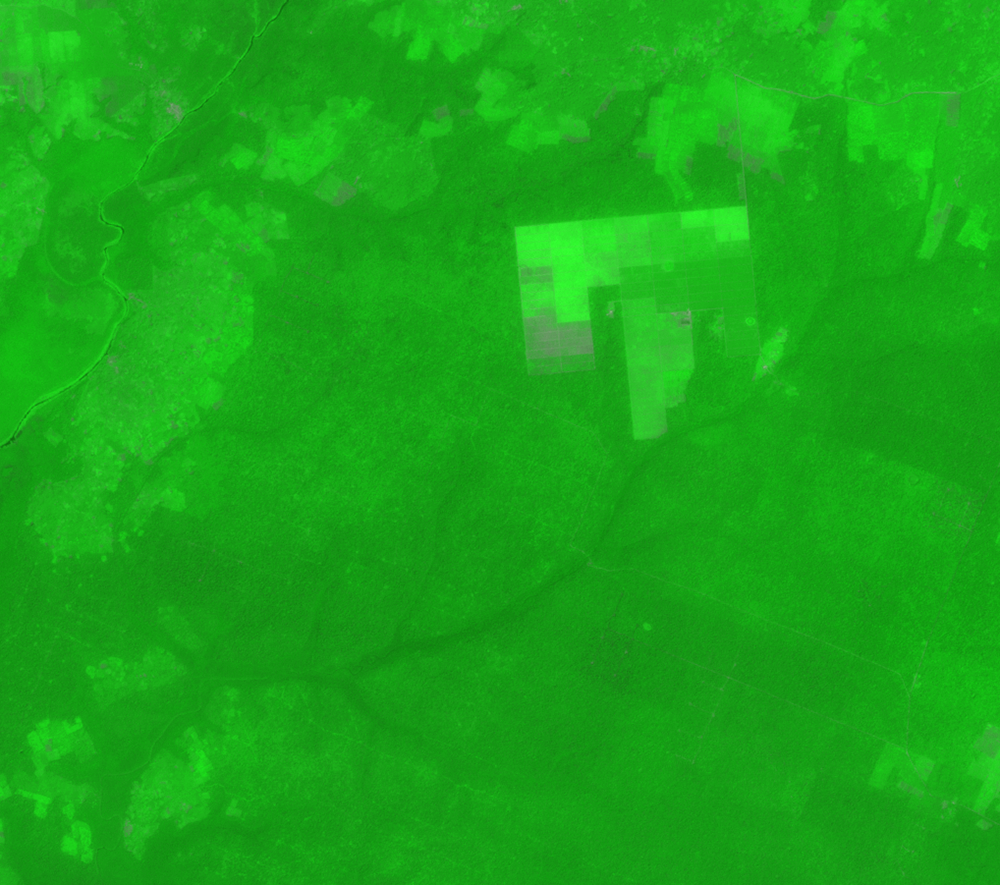 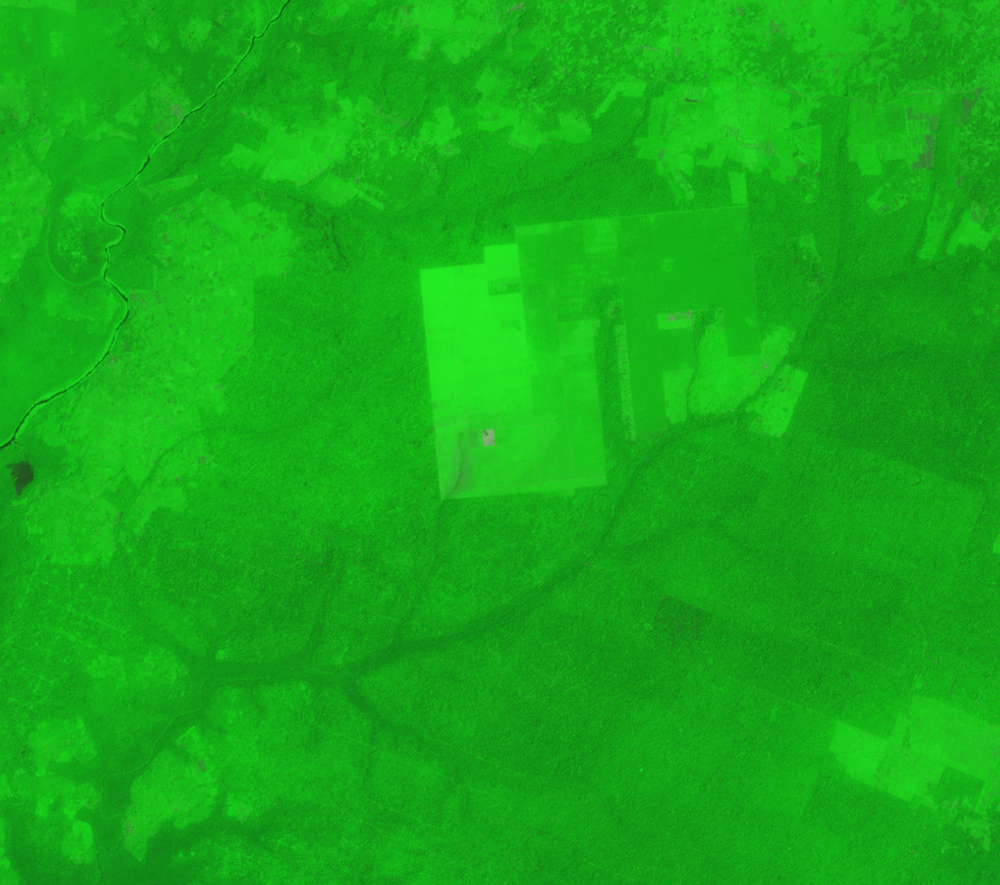 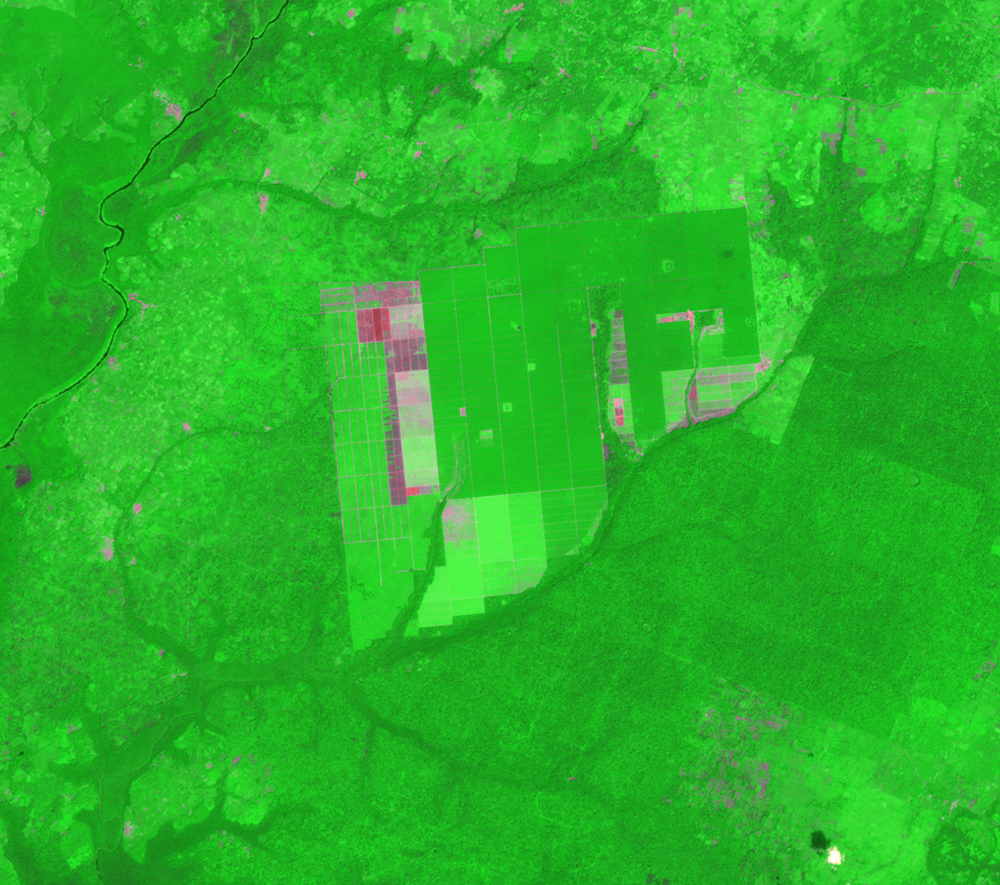 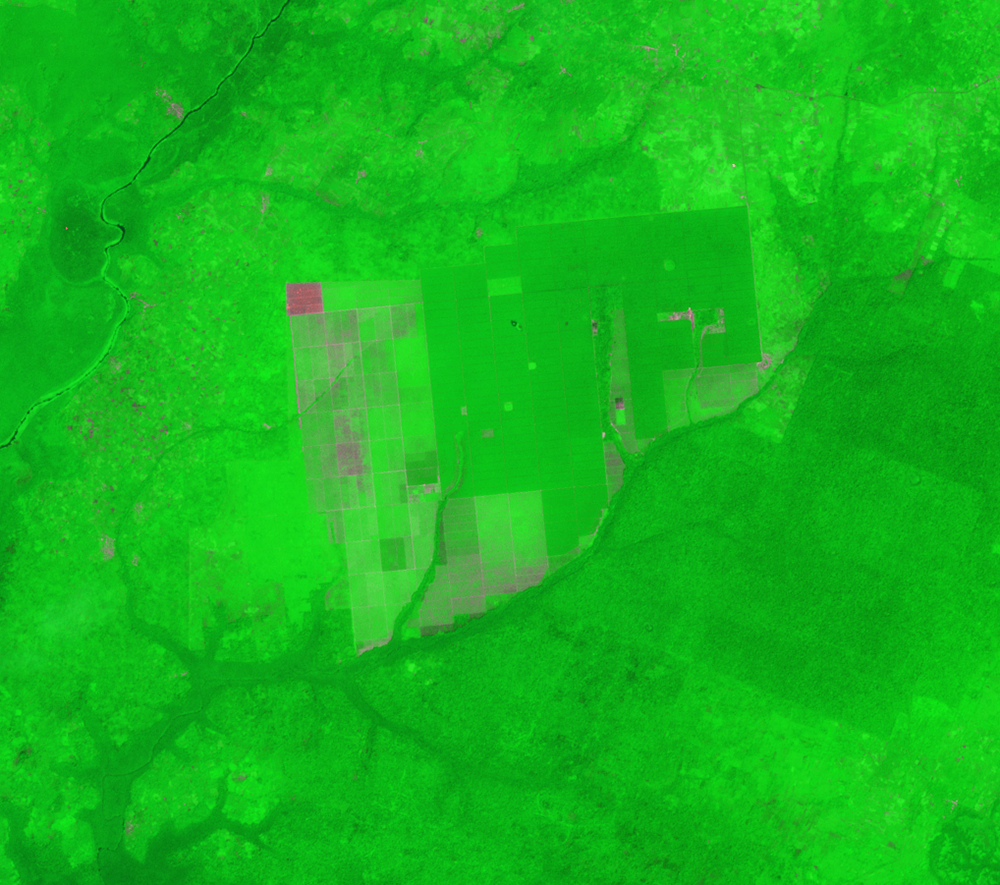 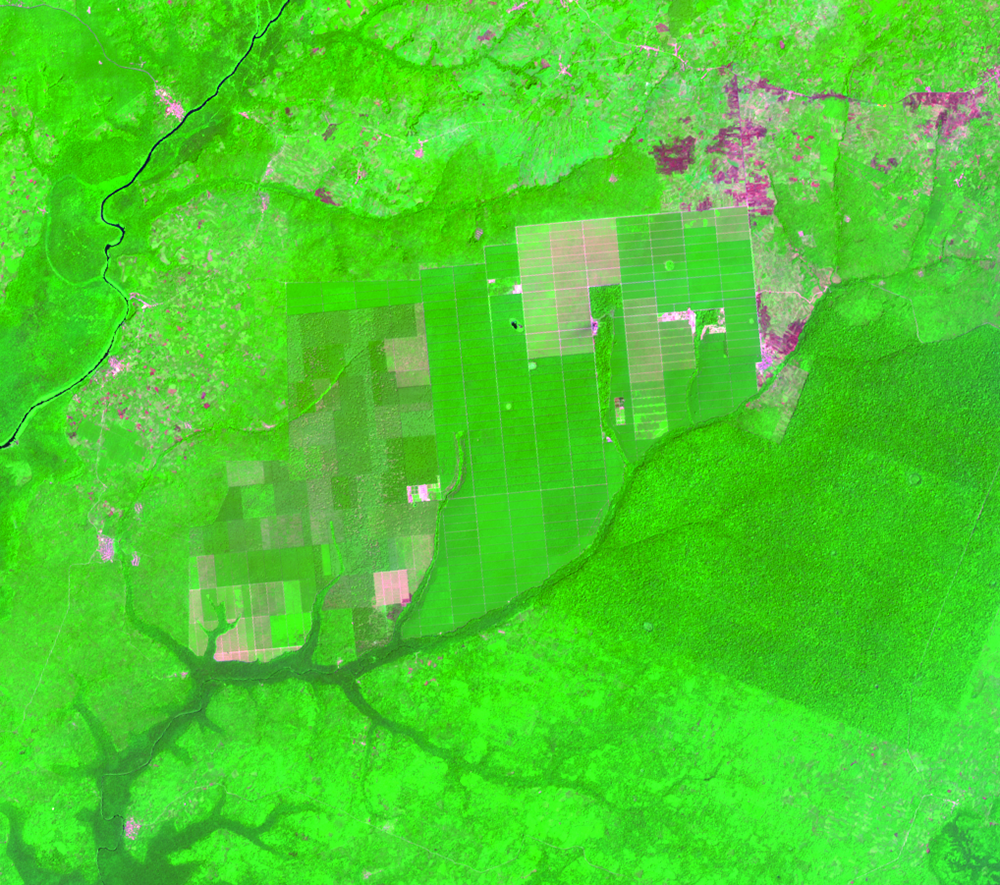 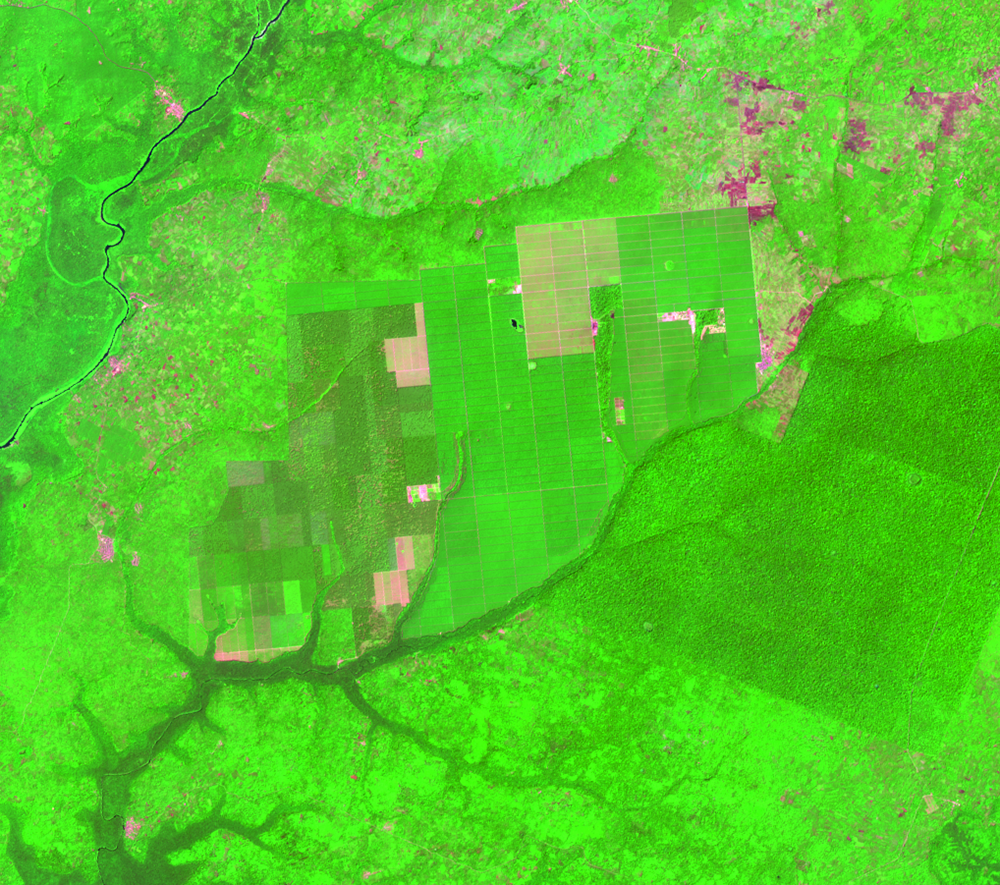 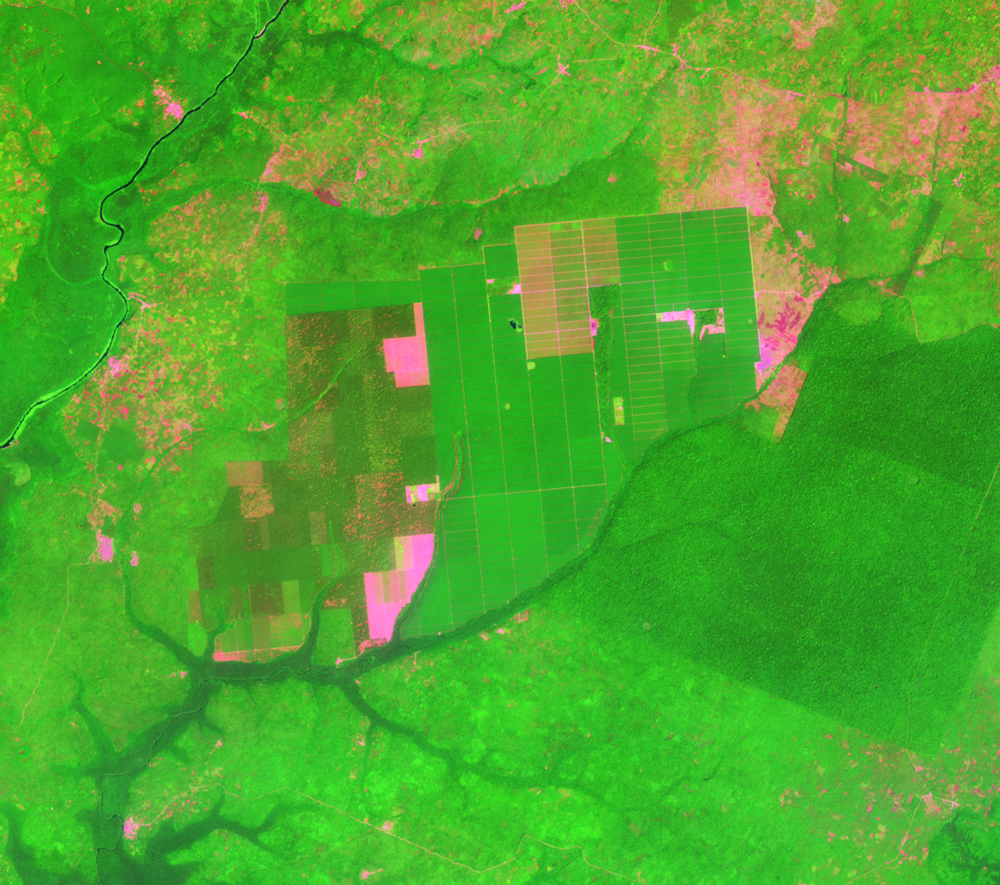 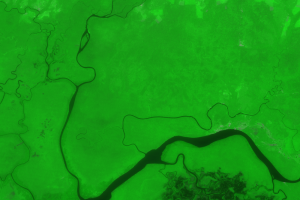