Lake Turkana, formerly Lake Rudolf, lies in the Rift Valley of East Africa. It is about 250 km long and 15–30 km wide, with an average depth of about 30 m. Lake Turkana is one of the largest desert lakes in the world, and it lies in a closed basin in northwestern Kenya and southwestern Ethiopia. These images show the delta of the Omo River, which provides more than 80% of the water to the lake. The lake has no outlet and lies in an arid area.

Ethiopia is constructing a series of dams on the Omo River. The Gibe I and Gibe II dams are completed, and the Gibe III dam began filling its reservoir in 2015. Studies are ongoing to understand the interactions between regulated flows as a result of the dams and rainfall on the water levels of Lake Turkana. Scientists use many years’ worth of data to get a better understanding of the lake’s natural variability and how that variability might be affected by dams, irrigation, and rainfall. 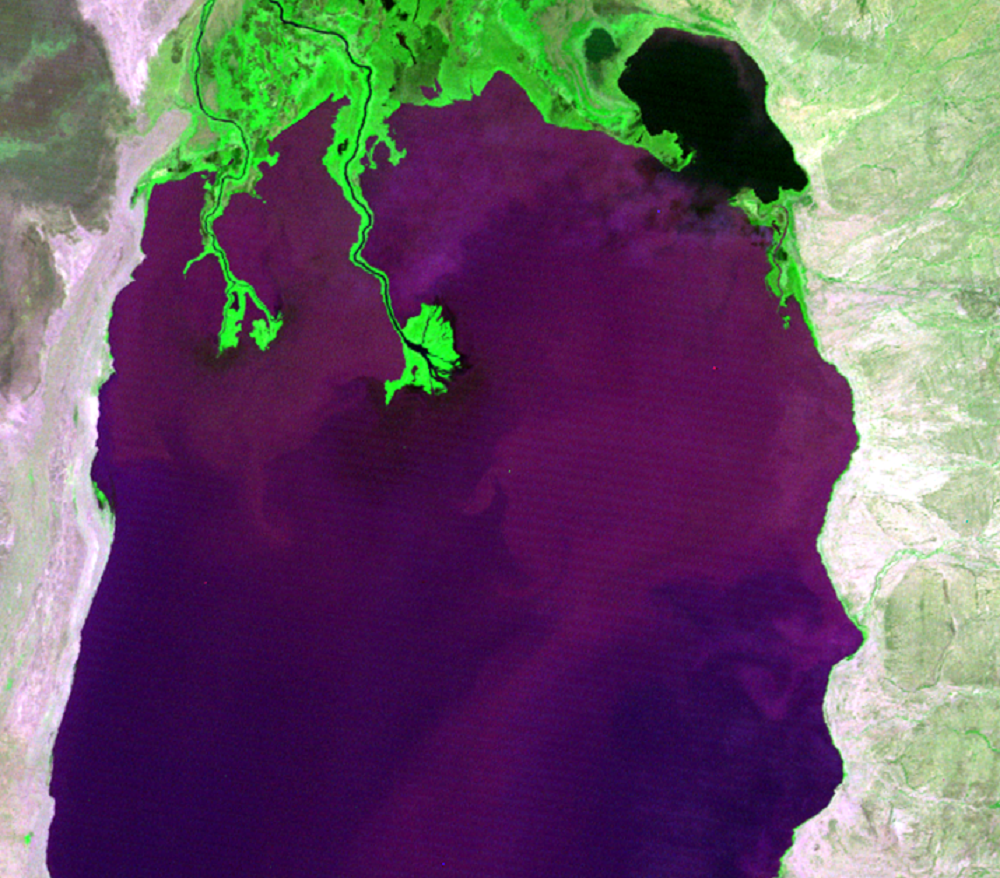 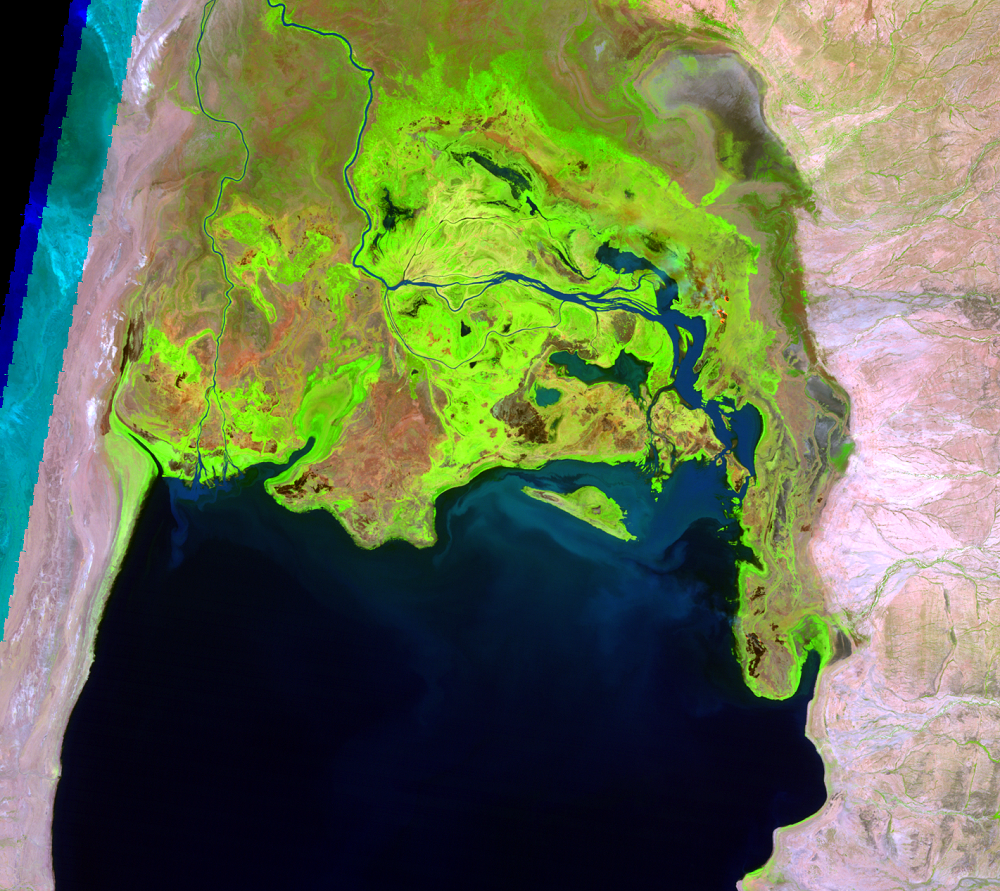 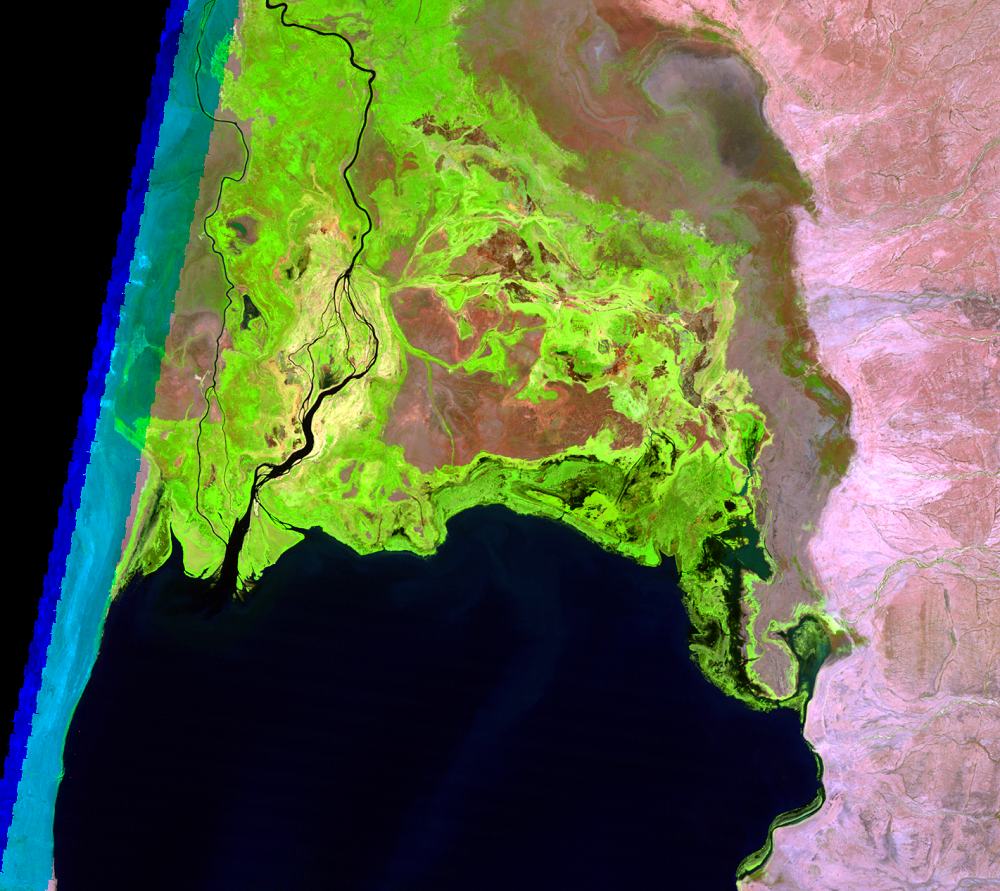 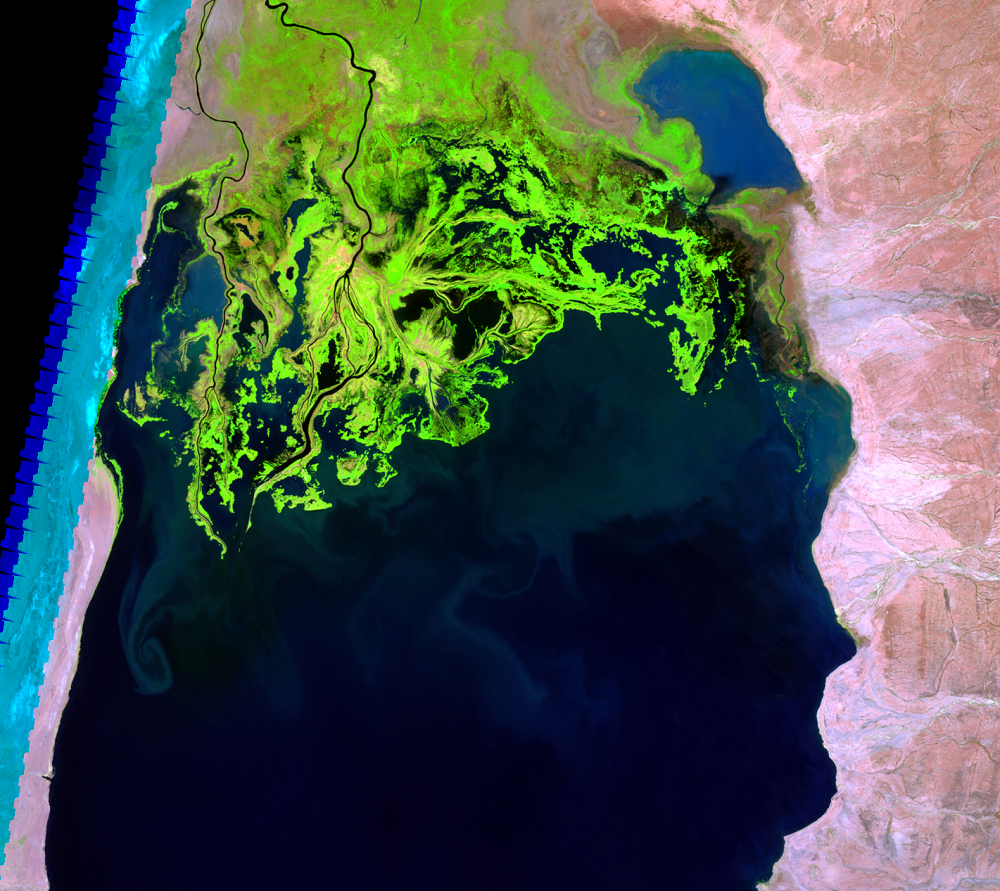 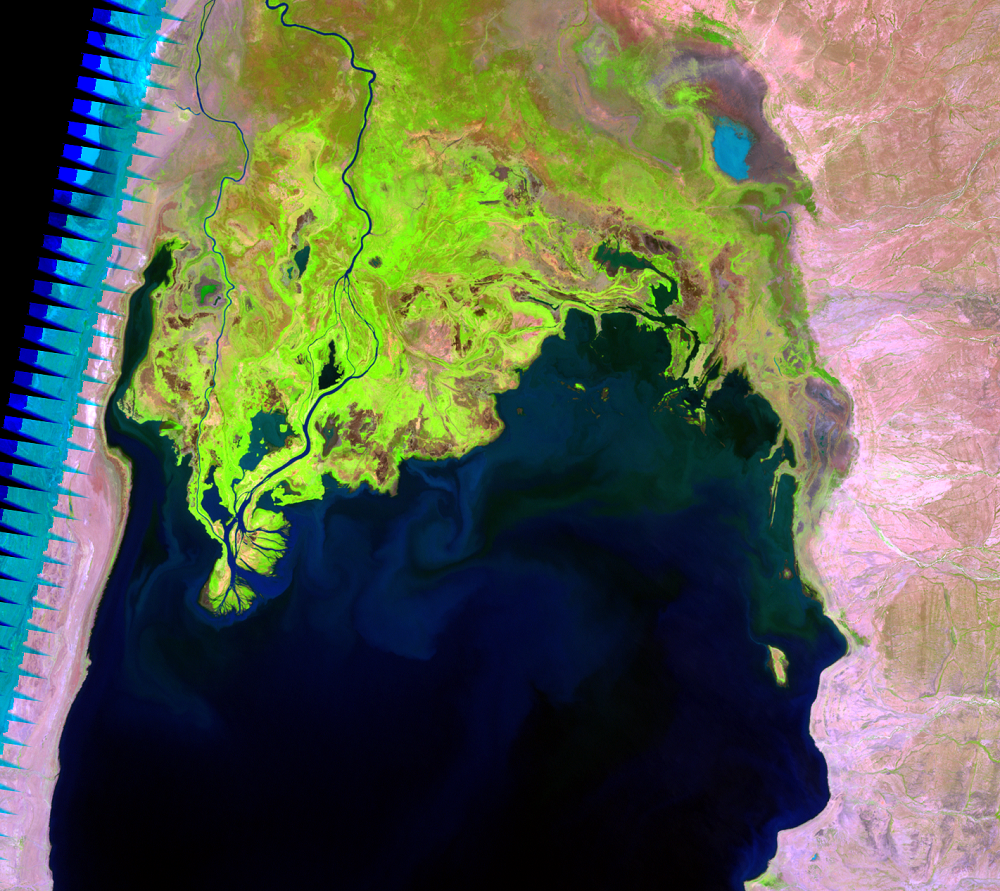 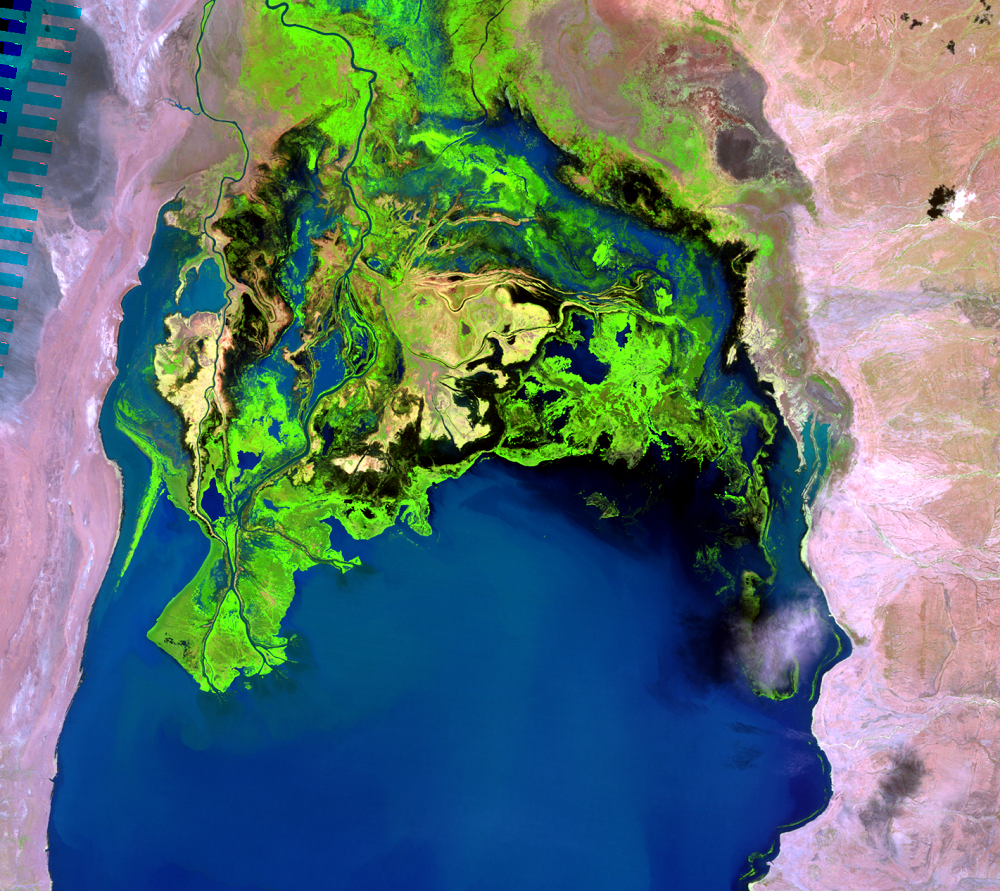 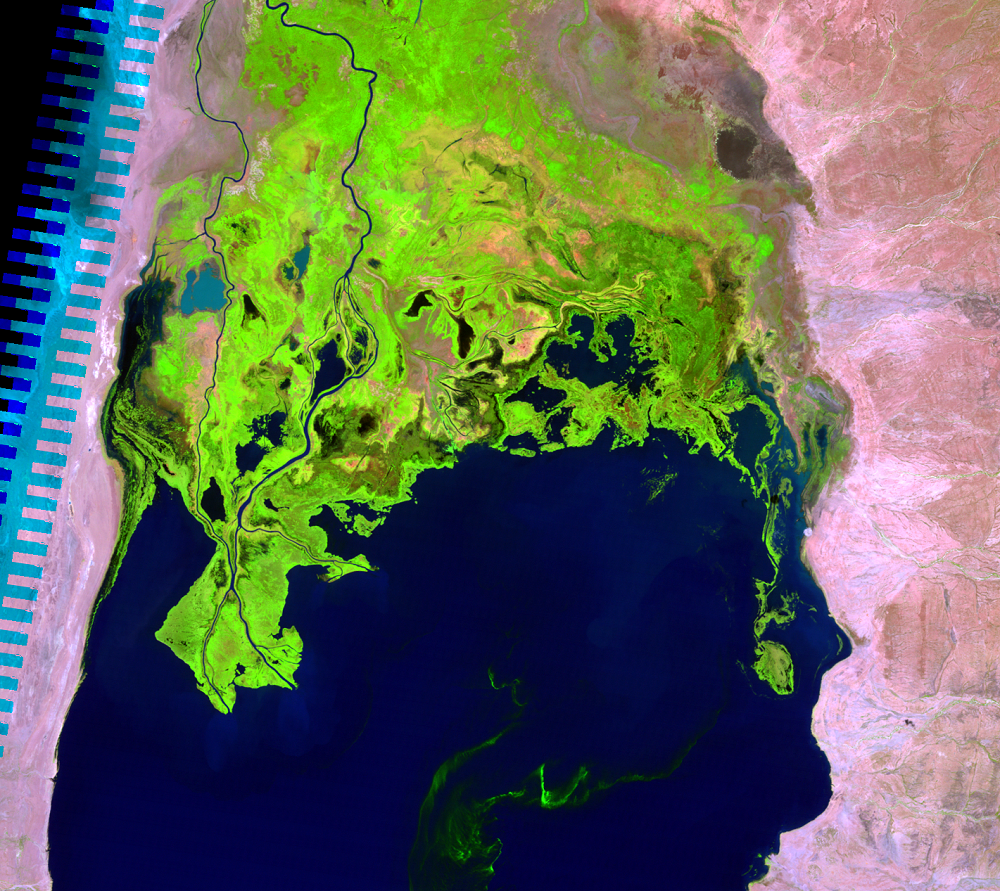 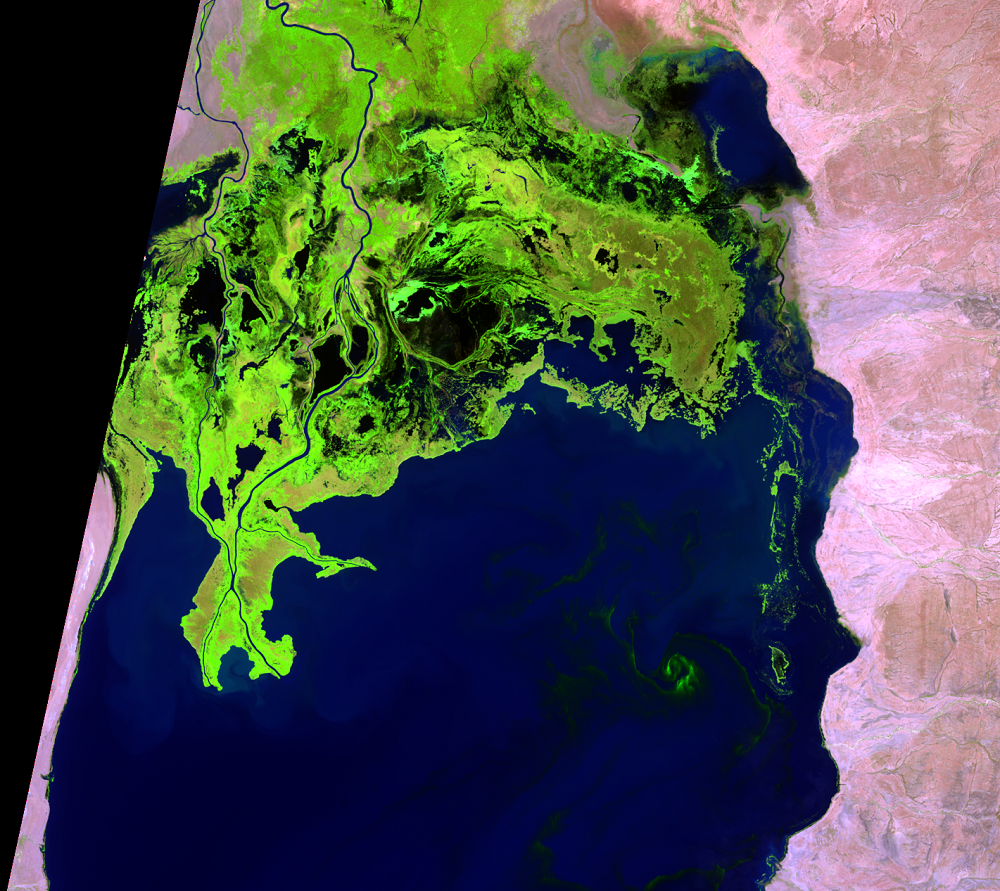 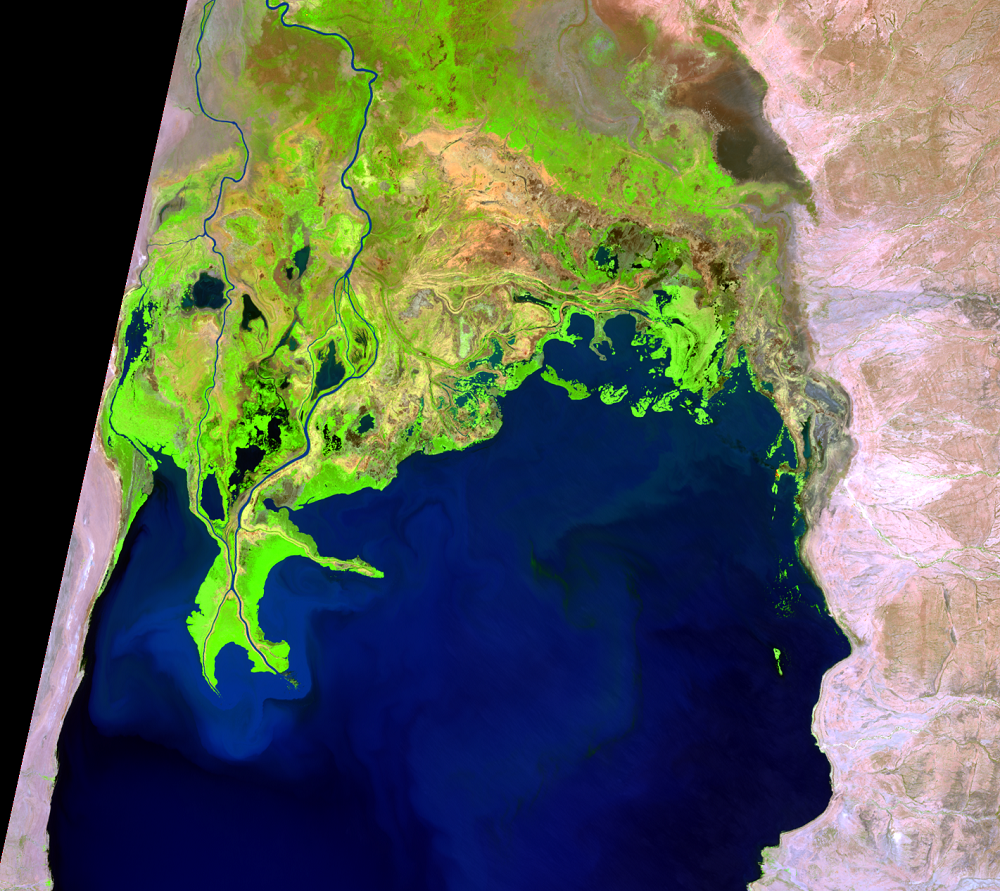 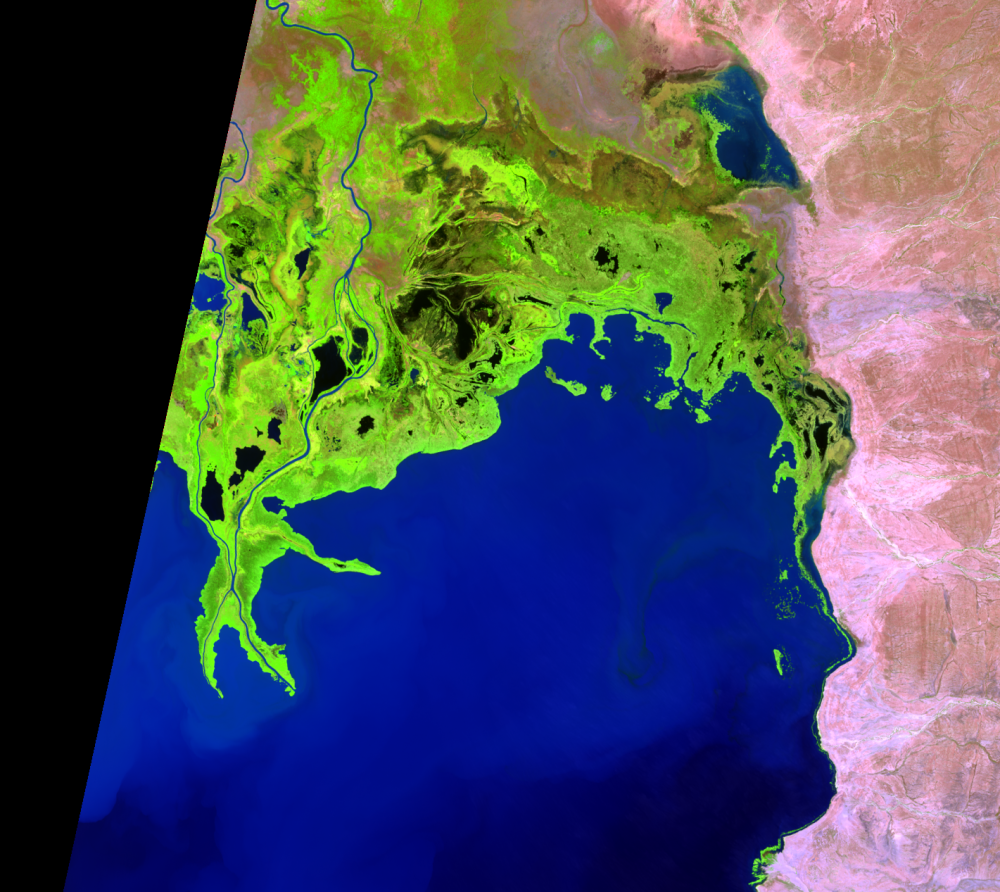