The more a river meanders, the more cutoffs form. Cutoffs form more frequently on rivers that have more sediment. Flanking the Mamoré River in these images are numerous oxbow lakes, formed from these cutoffs.

An oxbow lake starts as a meander, or curve, in the river. Sediment builds up on one side of the curve, called deposition. The river becomes more curvy until the river ultimately loops back onto itself. The river then flows along the straighter path and forms a cutoff. Once the river completes this shortcut, the curve becomes a separate body of water, called an oxbow lake.

Over time, the oxbow lake fills with sediment and detritus and eventually becomes a swamp or bog for a while and then often dries up as the water evaporates. 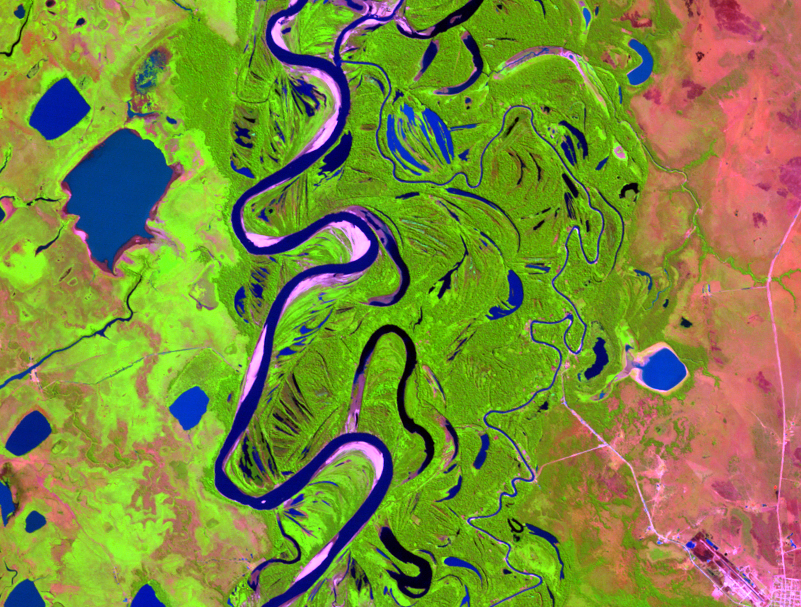 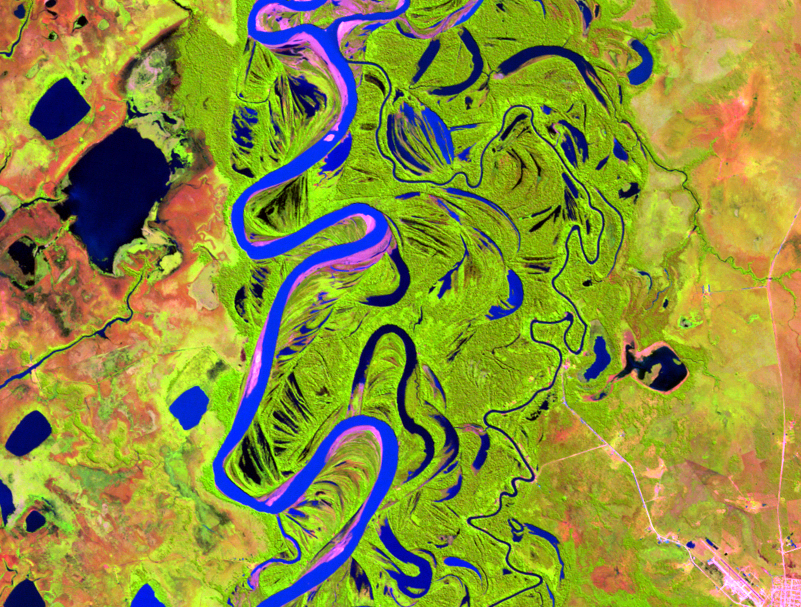 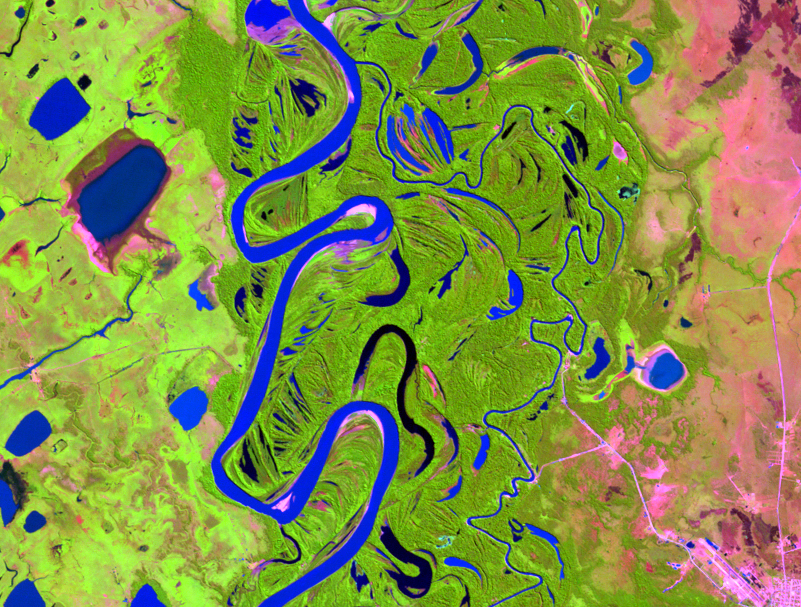 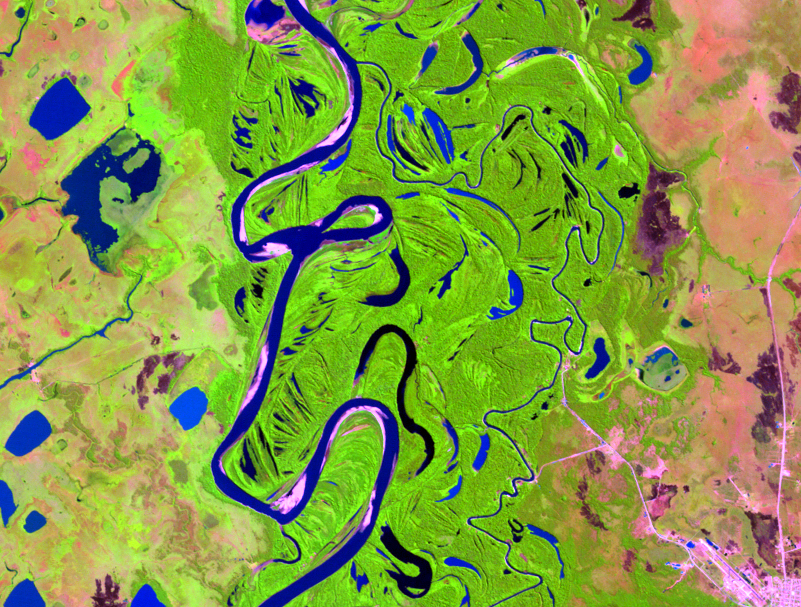 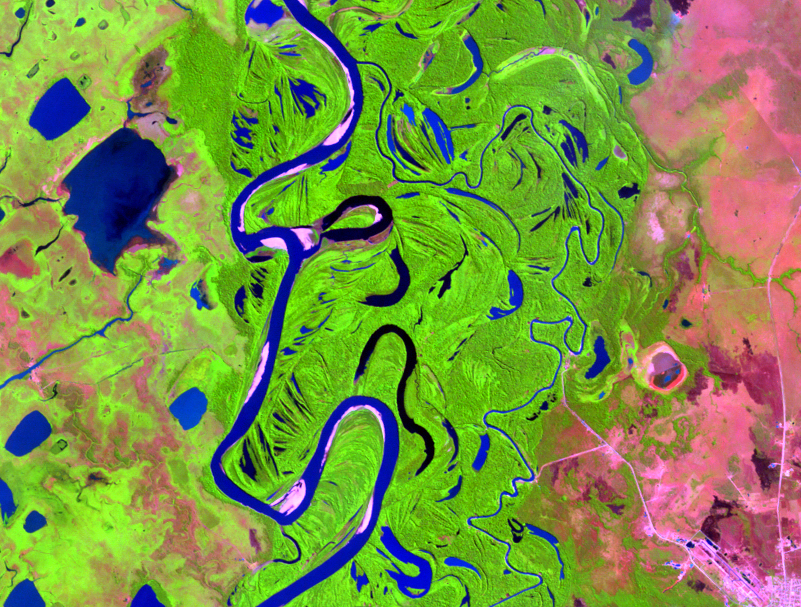 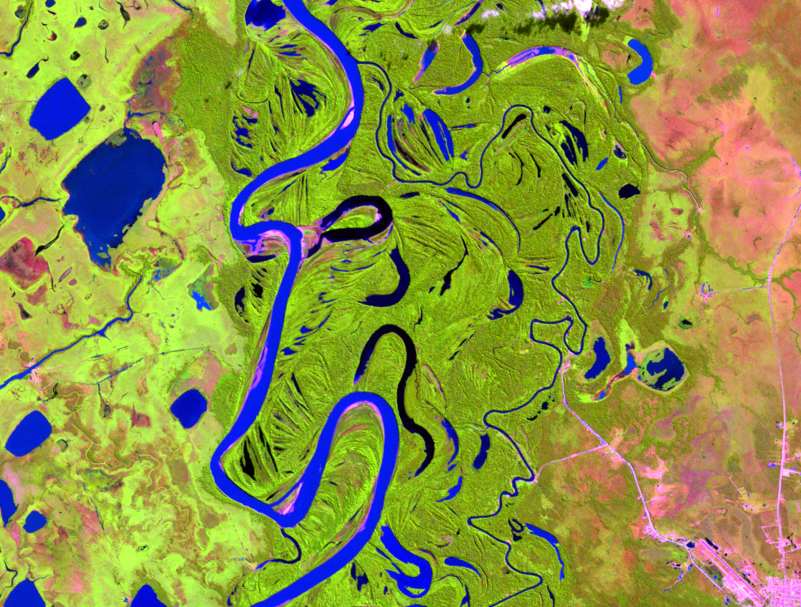 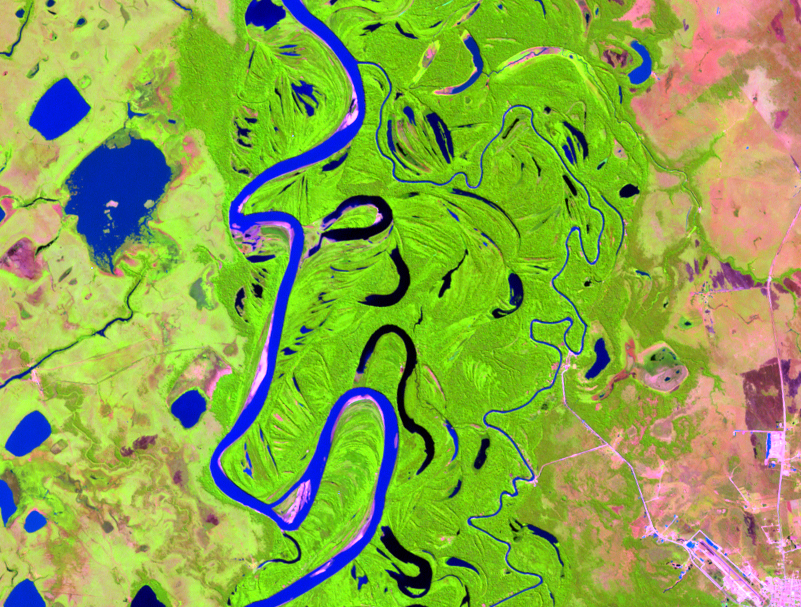 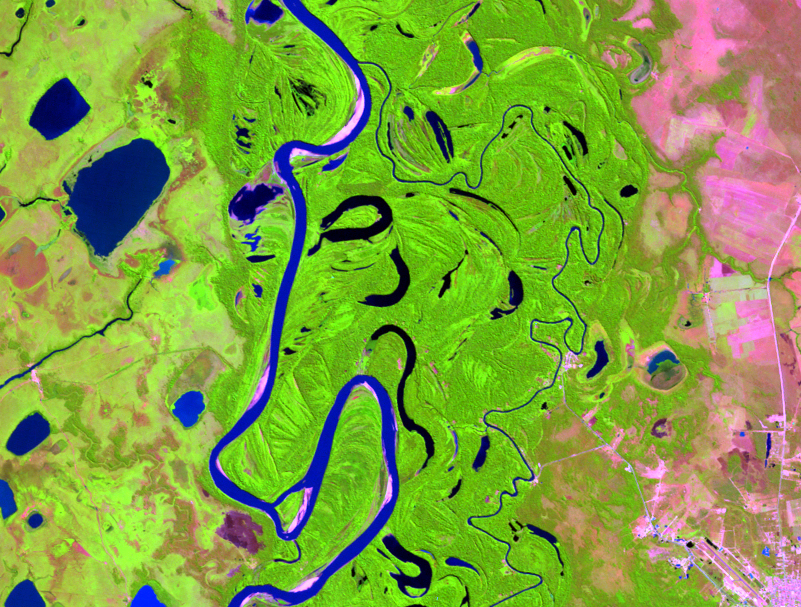 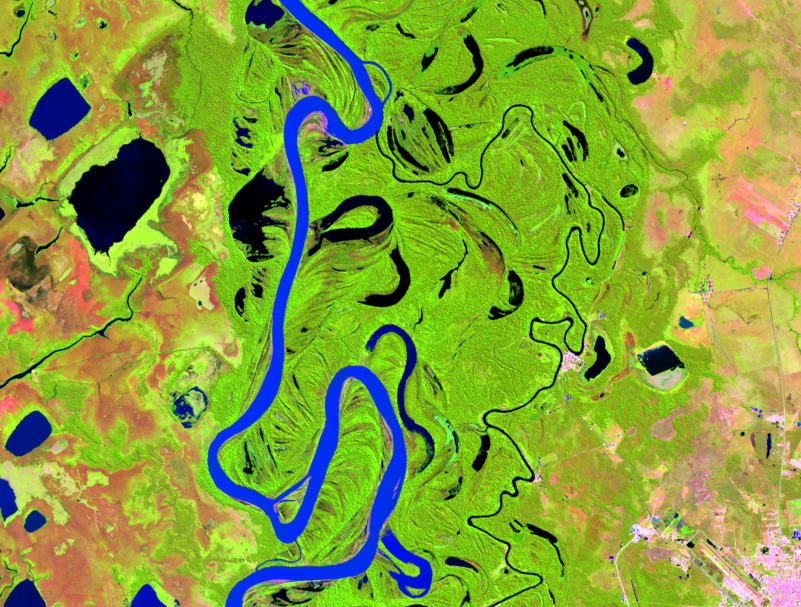 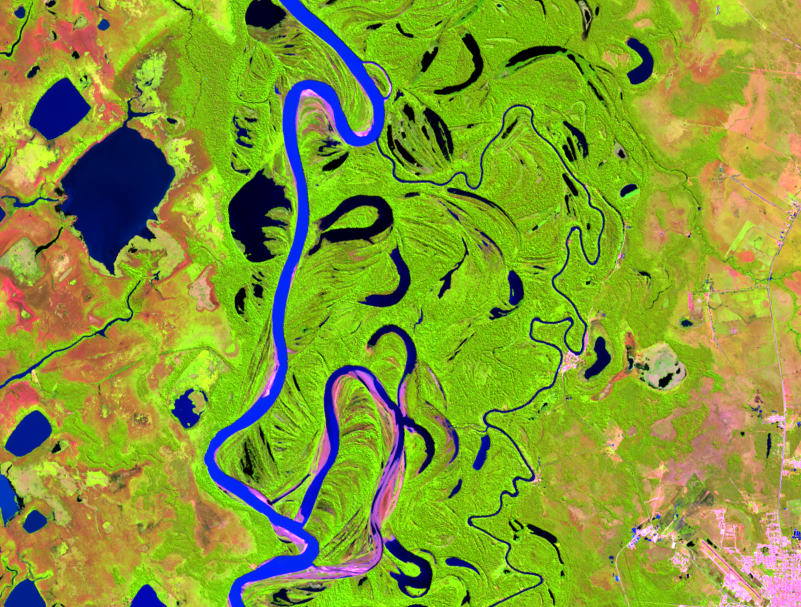 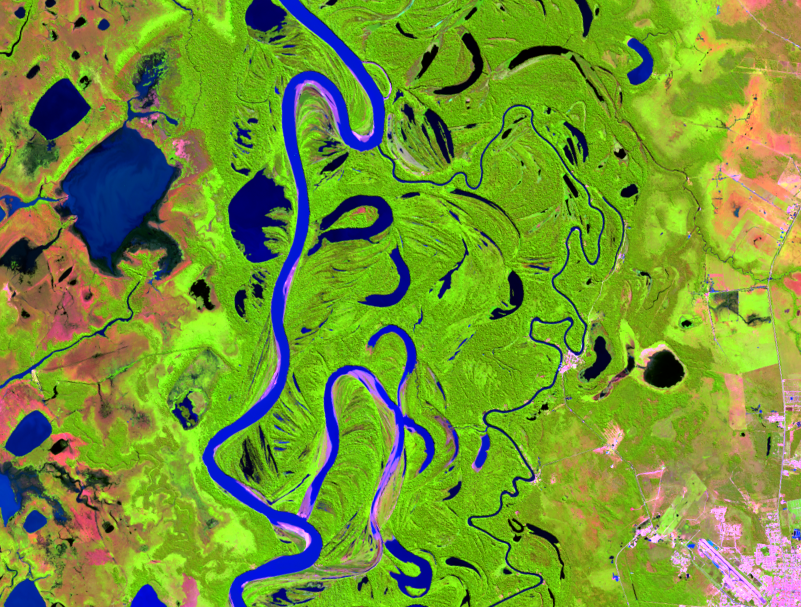 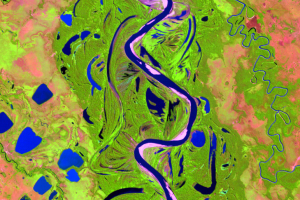 The Mamoré River carries sediment from the rapidly eroding Bolivian Andes. The steep terrain coupled with high river discharge in the Andes causes a h...