A new drilling technique called pad drilling reduces the overall footprint of land cover change caused by the industry. Several horizontal well bores are drilled from a single larger pad. Pad drilling became more widespread in 2010 and now accounts for about 75% of all new wells. While the number of wells drilled can increase, the land requirement for increased production is not as extensive. Furthermore, other infrastructure, such as roads and pipelines, are reduced overall.

Pad drilling also has the benefit of more wells being drilled in less time. A significant area of underground resources can be tapped with minimal impact on the surface. Even as the number of new drilling wells slows, production can continue to increase. 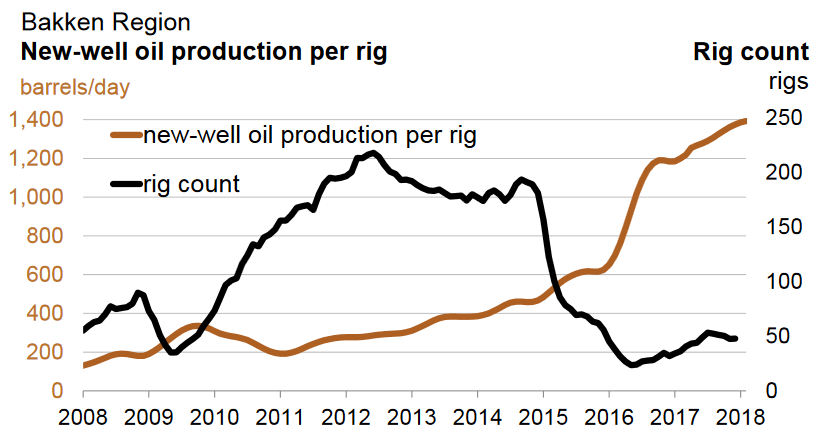 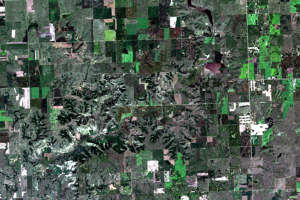 Thousands of well pads are scattered across northwestern North Dakota. This series of images shows an example of a location with several of them. Thes... 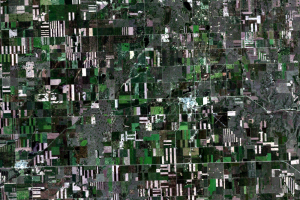 Tioga is a small town in northwestern North Dakota that has also seen rapid growth. The visible changes in the image series are oil production infrast... 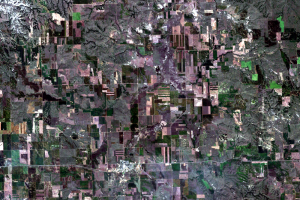 Another growing community is Watford City, which built a new high school in 2016, just east of town. In terms of percent increase, Watford City’s grow... 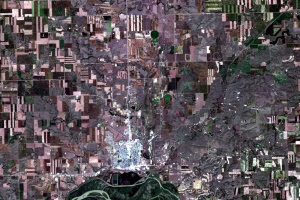 Located on the north side of a bend in the Missouri River, Williston is one of the larger cities in the center of the oil boom in North Dakota. The ci...