The Pasig-Potrero River drains the east side of Mount Pinatubo, just south of Clark Air Force Base. Following the 1991 eruption, pyroclastic flows buried about one-third of the Pasig-Potrero watershed.

A series of lahars that occurred in the years after the eruption made the Pasig-Potrero channel wider. After the eruption image from July 1991 (really just a brown and gray mess under a few puffy clouds), a bright purple-pink lahar appears downstream on the Pasig-Potrero River. The sediments are redistributed over time, until the October 1994 image shows a larger change to the river. A lahar alongside a previous one more than doubled the area covered by sediment. The 1996 image shows more clearly even further lahar action with bright pink hues. Recent images show the reestablishment of farm fields, though the land and river course are altered from what they were before the 1991 eruption.

The 1996 image indicates the beginning of dike construction. These dikes, along with a reinforced dam built along the southern slopes, create a sediment retention area. The dikes stand 5 to 15 meters tall.

These images also hint at the lingering hazard in this region. A growing population is indicated by the urban growth of the city of Angeles in the upper center of the images. This city, with a 2016 population of about 900,000, is near Clark Air Force Base; the long straight lines are the runways of the air base. Clark Air Force Base closed soon after the Pinatubo eruption. However, it reopened to U.S. forces in June 2012, when it was called Clark Air Base. A new highway was also completed by 2007, seen in the image winding past the air base and to the lower left.

In early 2017, clouds covered the Pasig-Potrero River area in all available Landsat images. The image ASTER captured on February 23, however, was clear. With many cloudy days in this part of the world, these sensors complement each other, filling in when the other sensor detects mostly clouds.

Even more than two and a half decades after the eruption, lahar hazards may continue. Landsat and ASTER help monitor changes caused by these hazards and how the changes to the land affect the population. 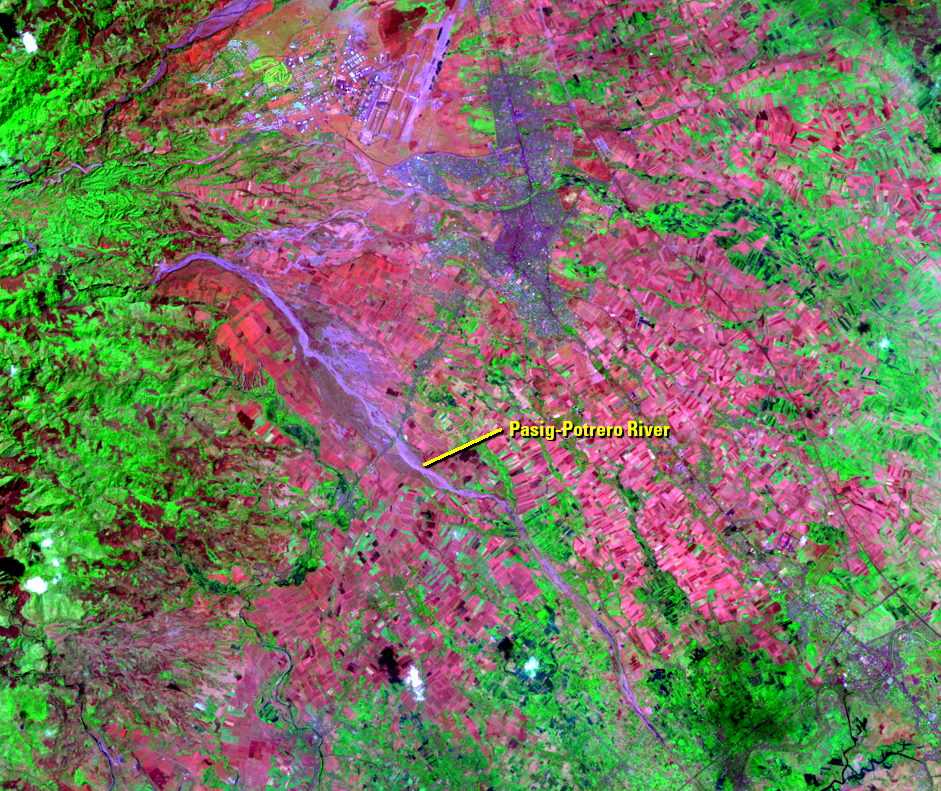 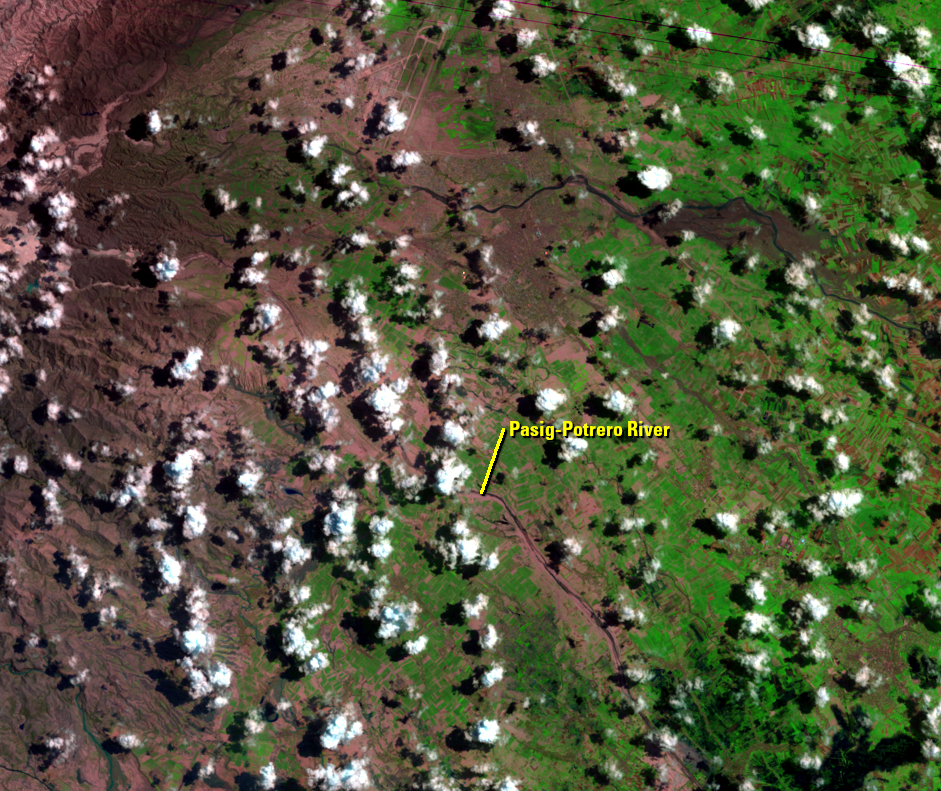 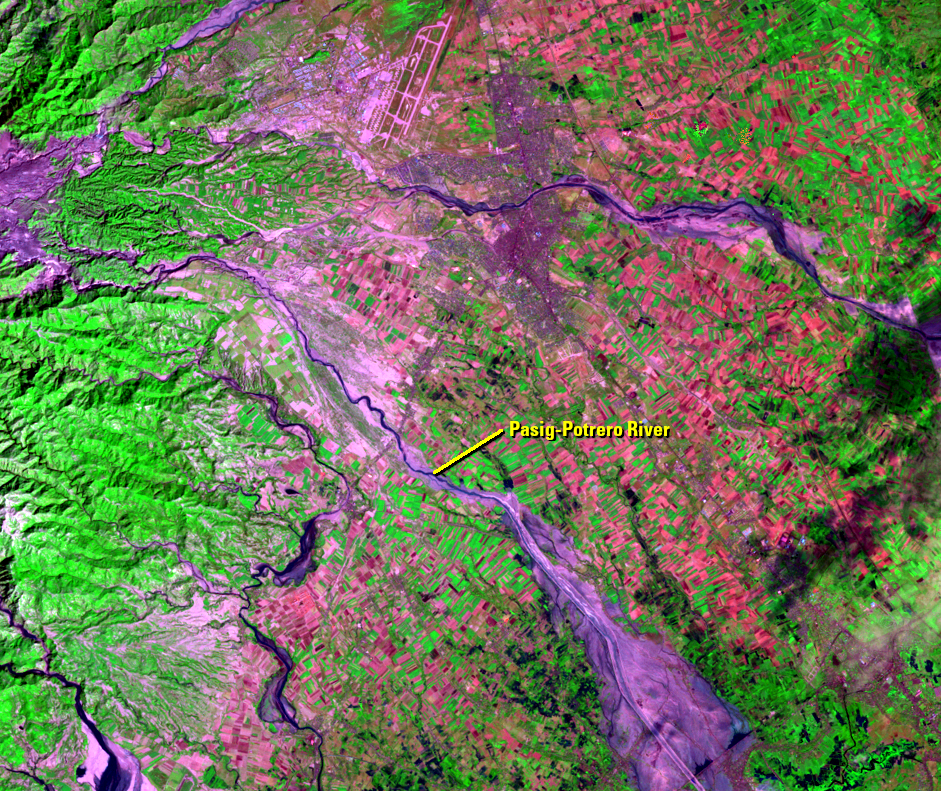 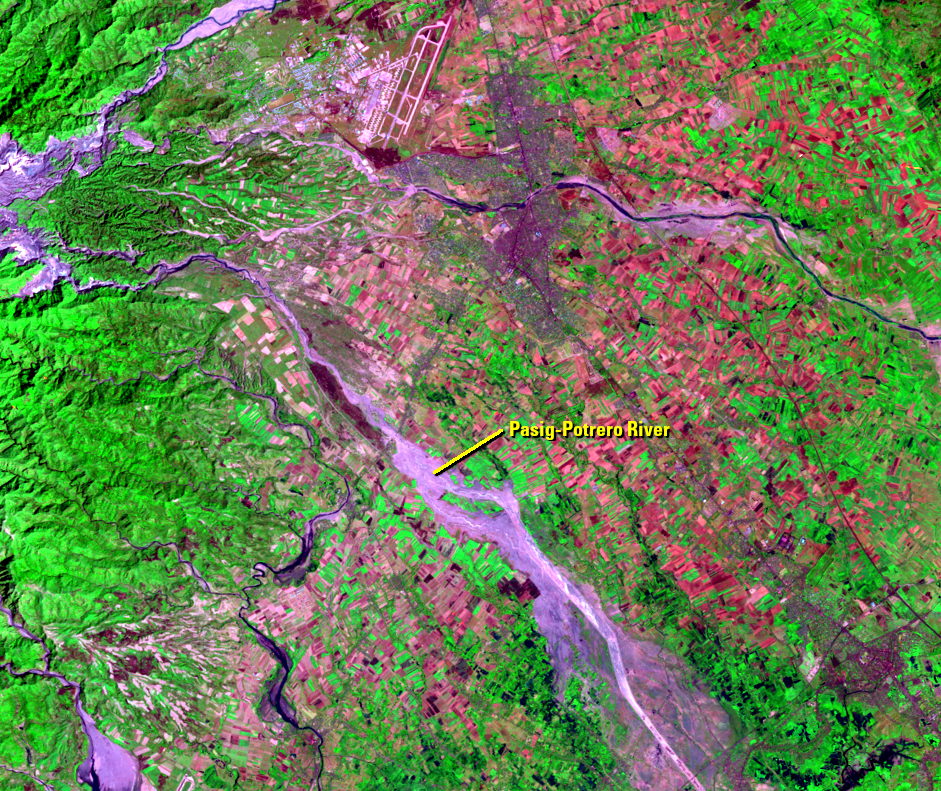 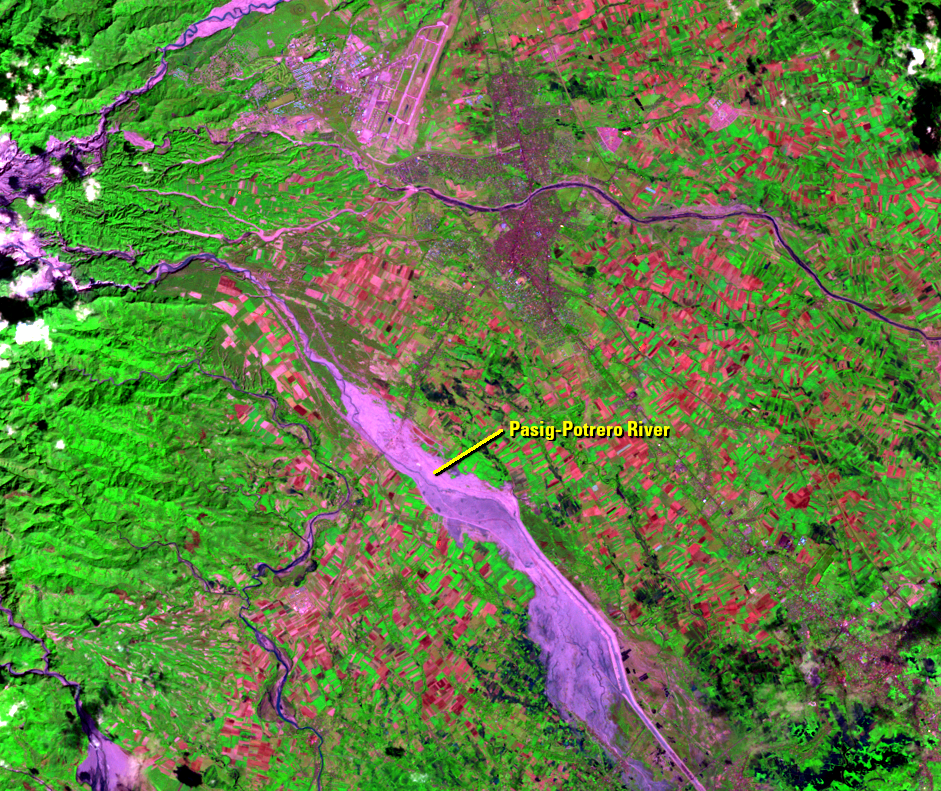 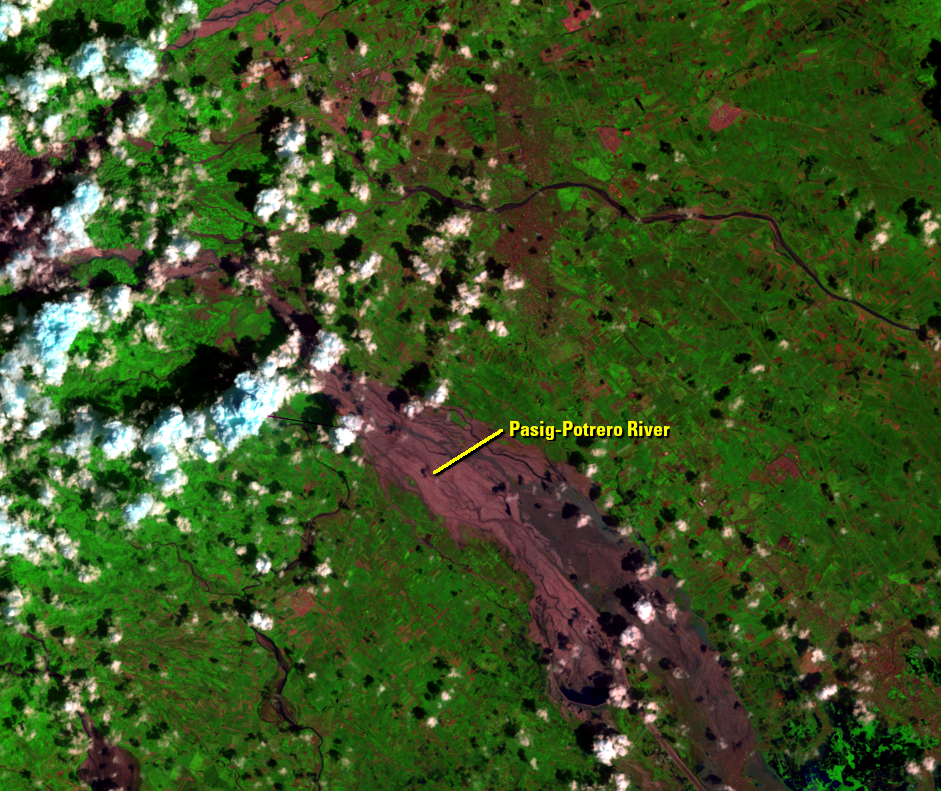 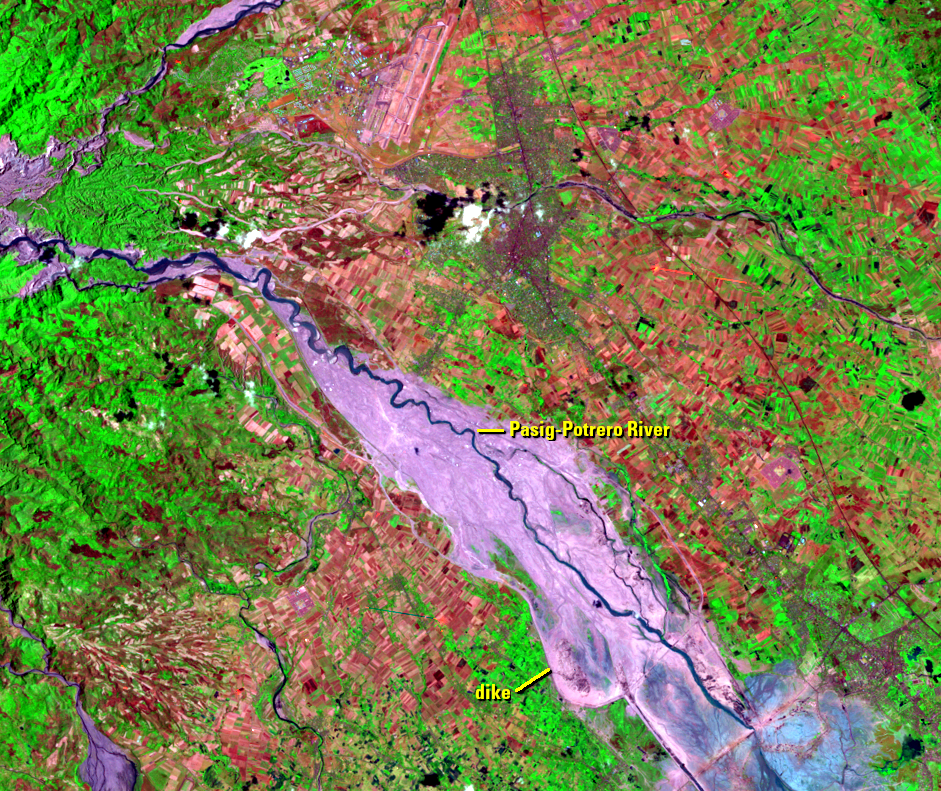 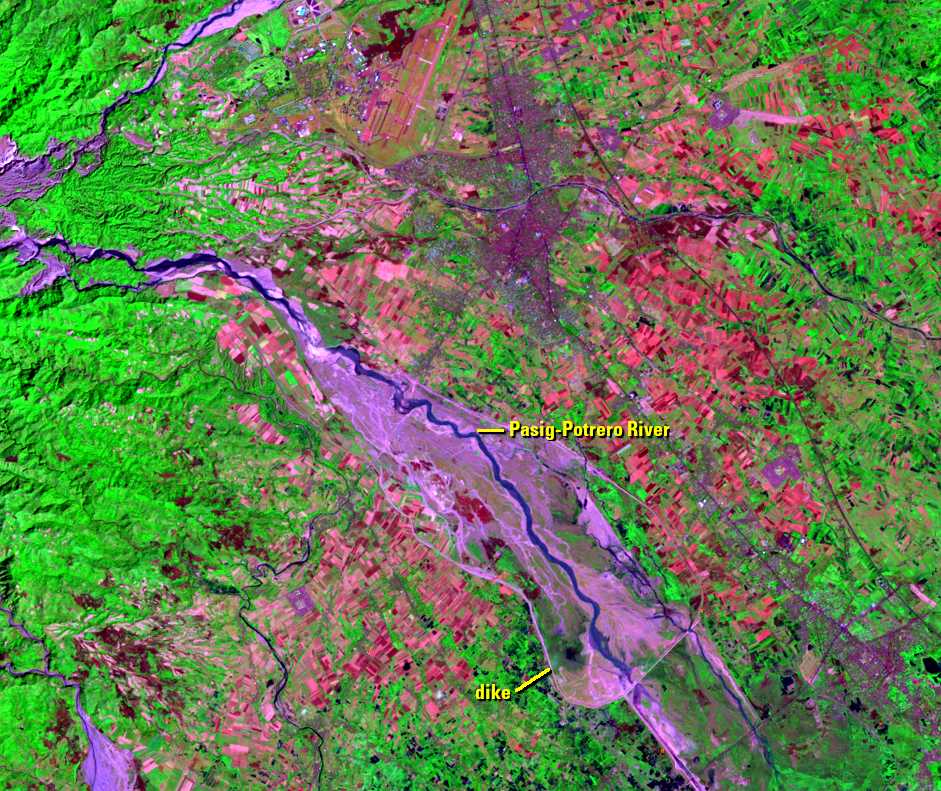 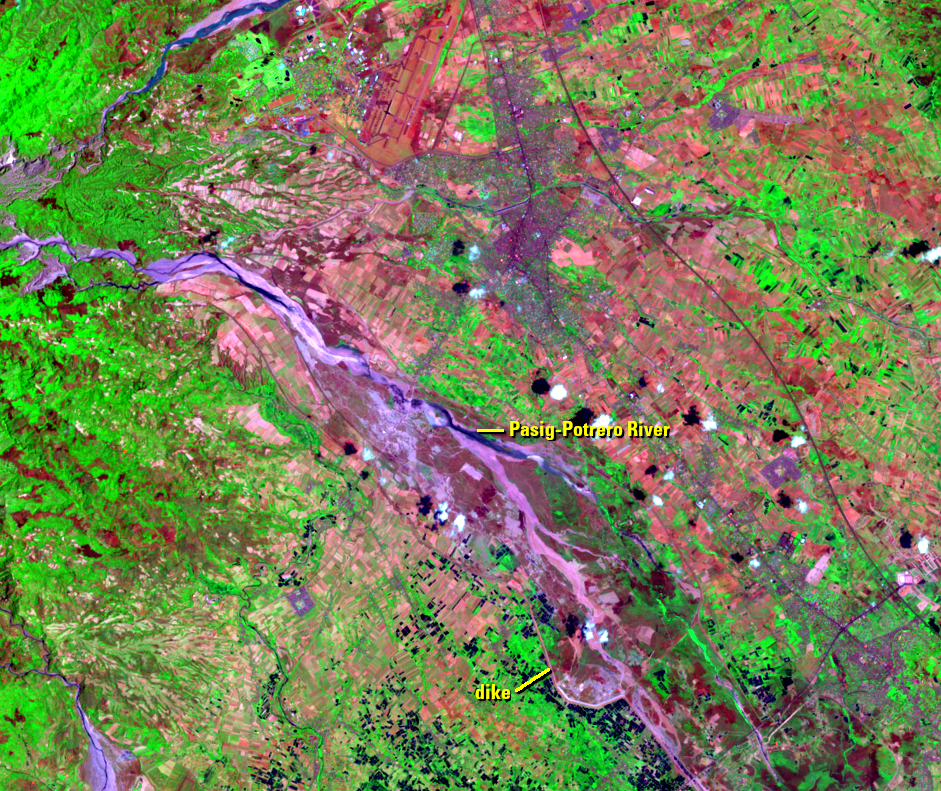 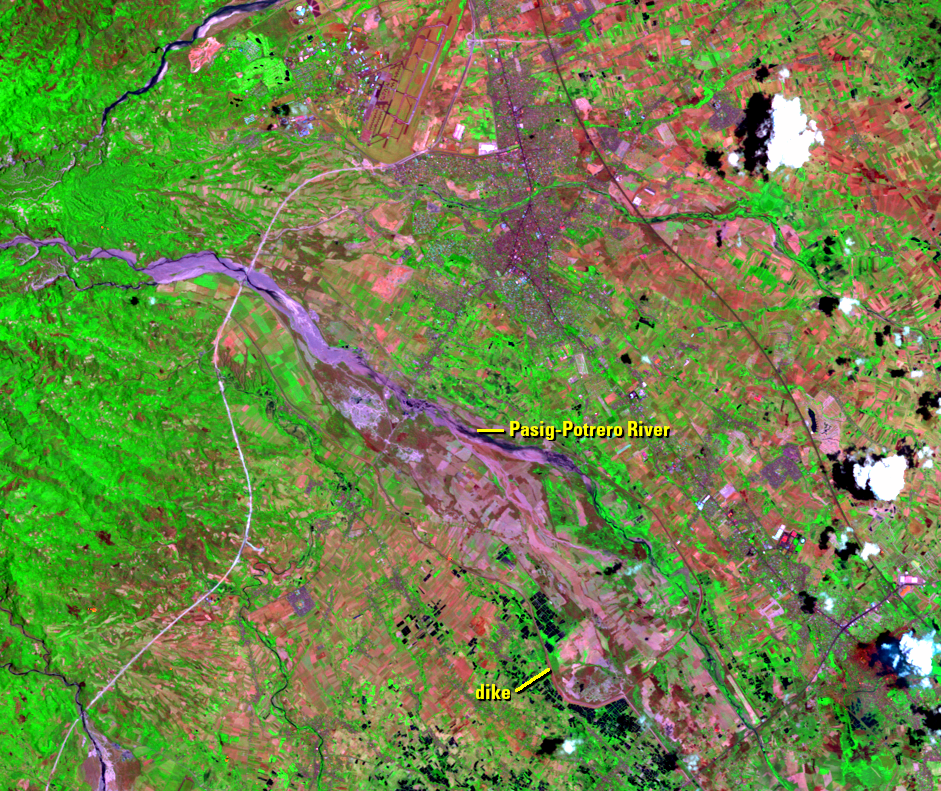 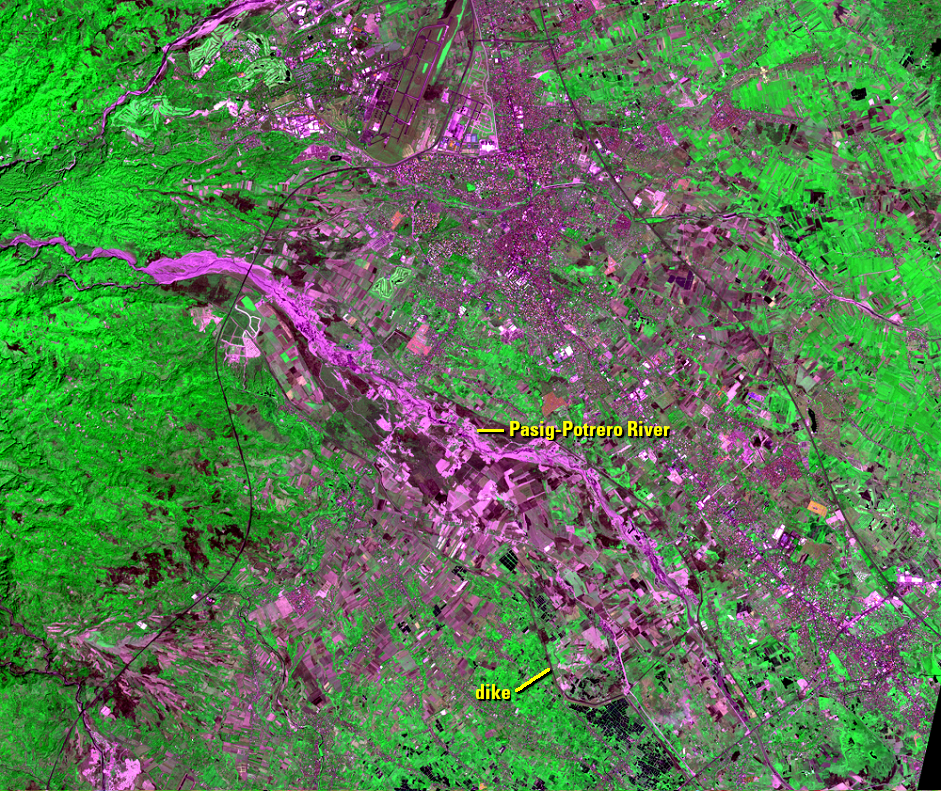 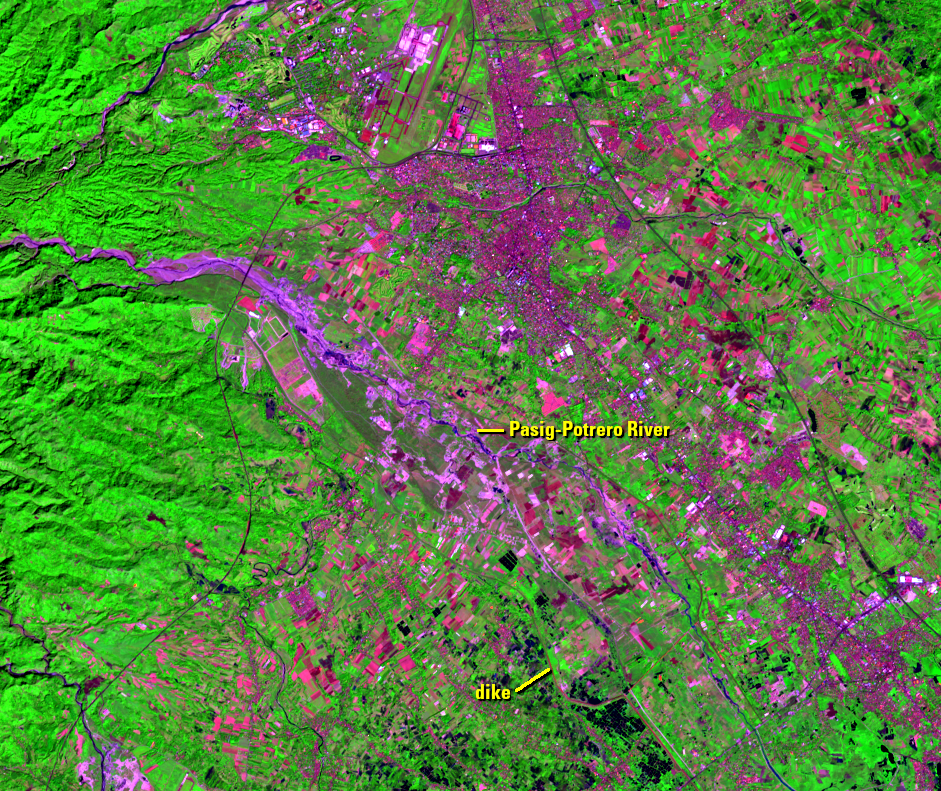 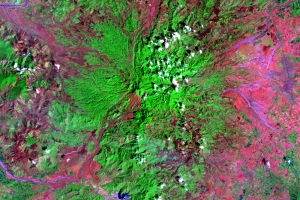 After the eruption, many areas near the volcano were stripped of vegetation. The series of images reveals the regrowth of vegetation, but it progresse...