About 76 million people live within 500 kilometers (310 miles) of Lake Urmia. Residents of the region fear that what has happened to the Aral Sea is happening to Lake Urmia. The almost complete loss of the Aral Sea has had serious economic and environmental consequences. The population near Lake Urmia is denser, so more people are at risk.

The city of Urmia is the gray patch in the lower left of these images. Agricultural fields spread out to the north and east of the city. The oval shape on the east side of the lake is an extinct volcano. This feature was an island as recently as 1998. A causeway and bridge completed in 2008 connects the oval and the western shore. Construction of the causeway began in 1979, was abandoned, and then started again in the early 2000s. 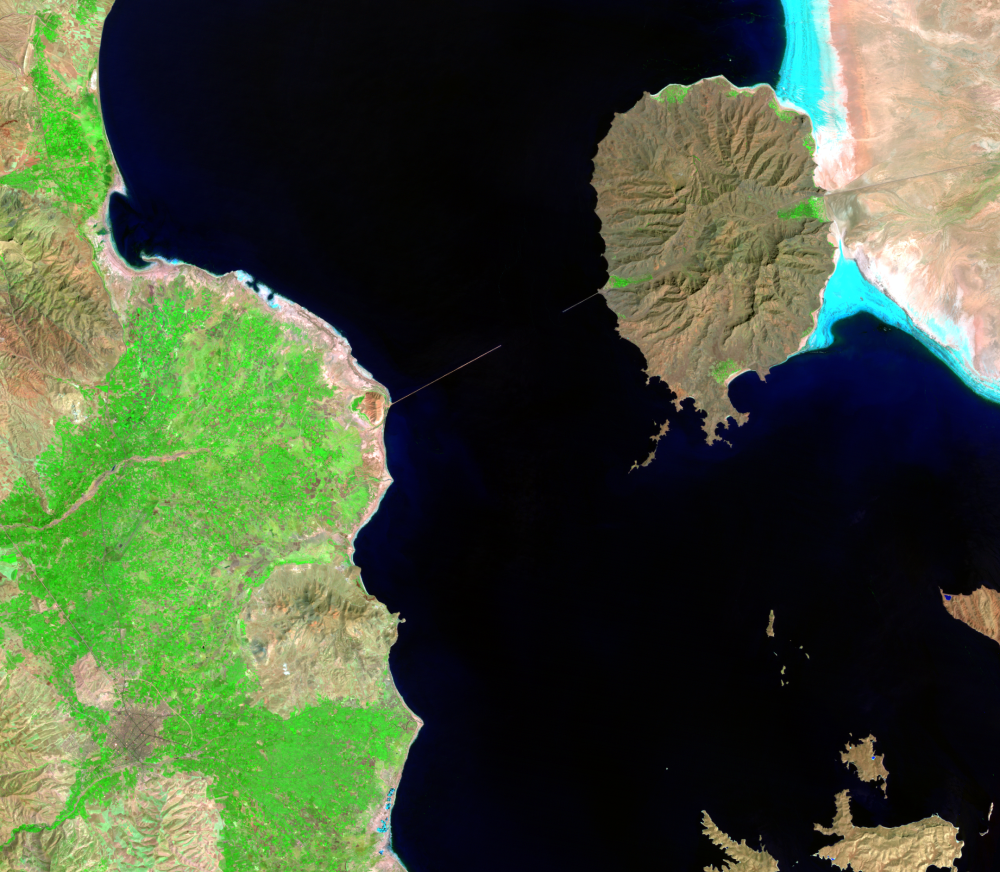 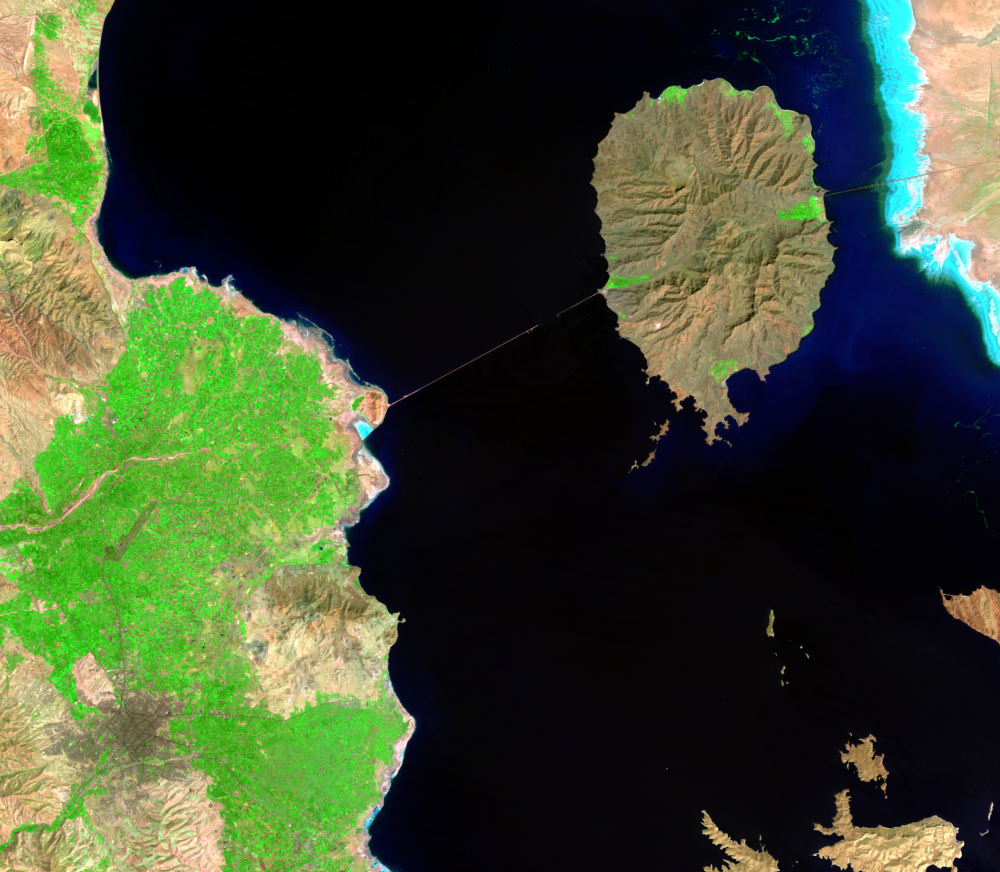 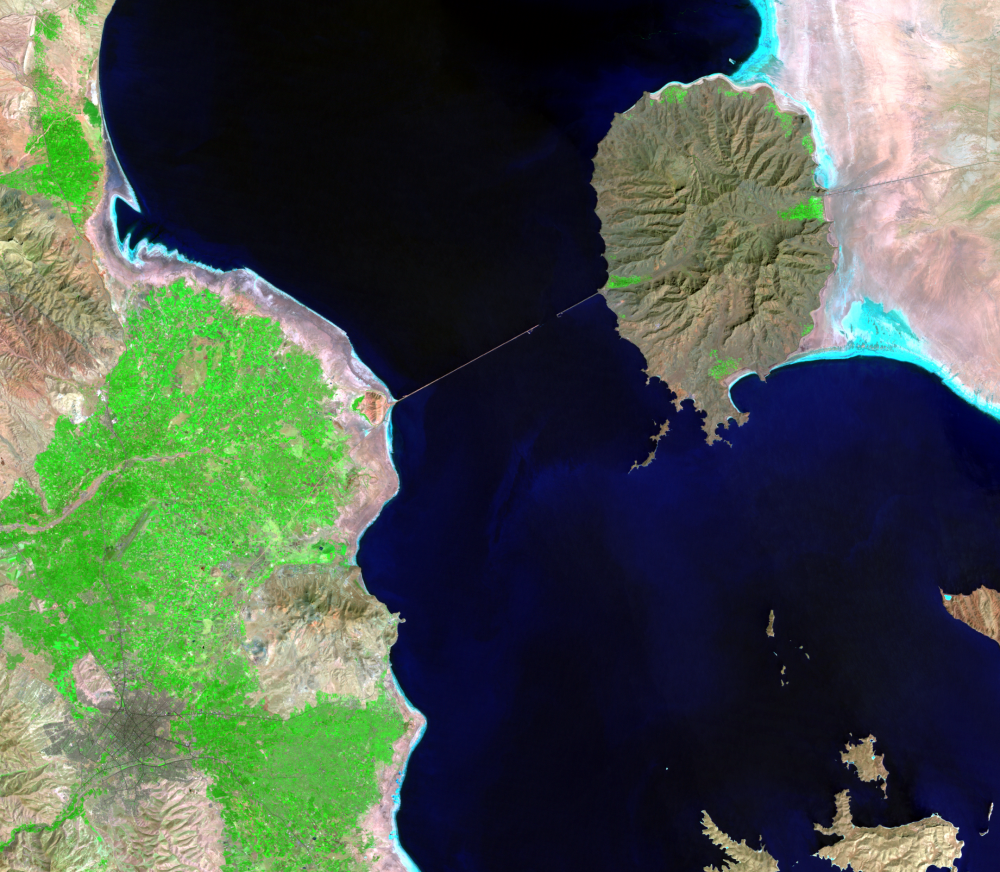 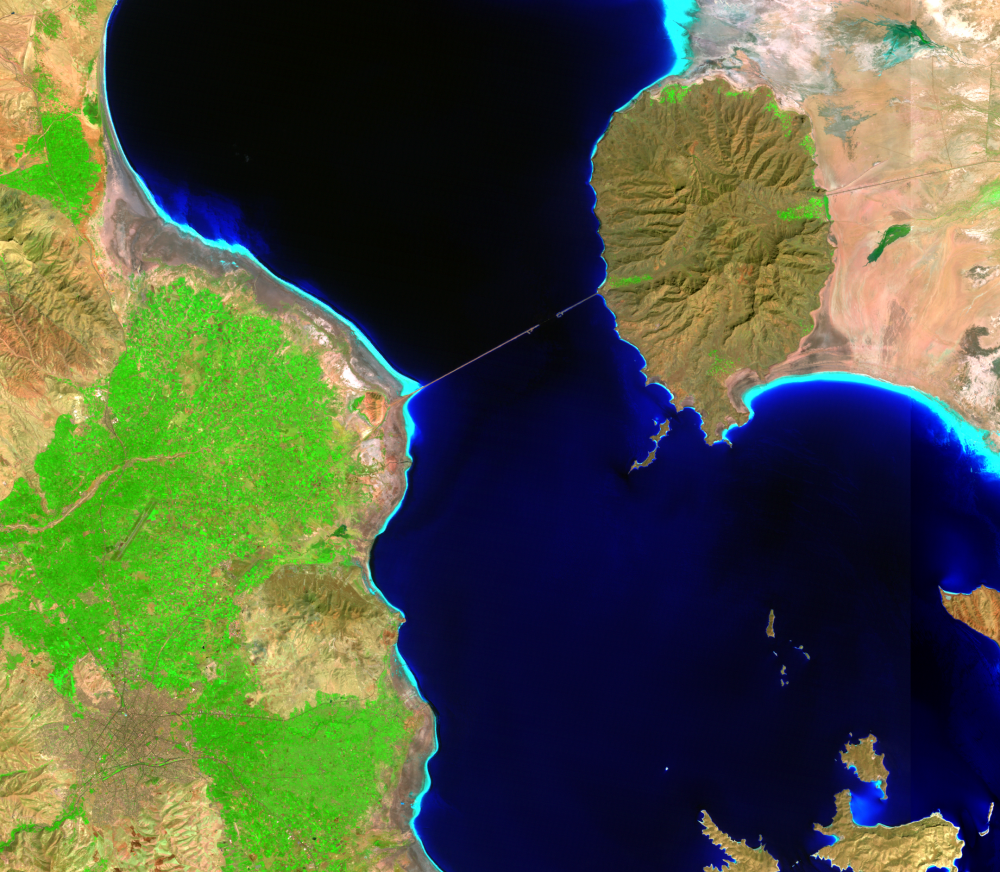 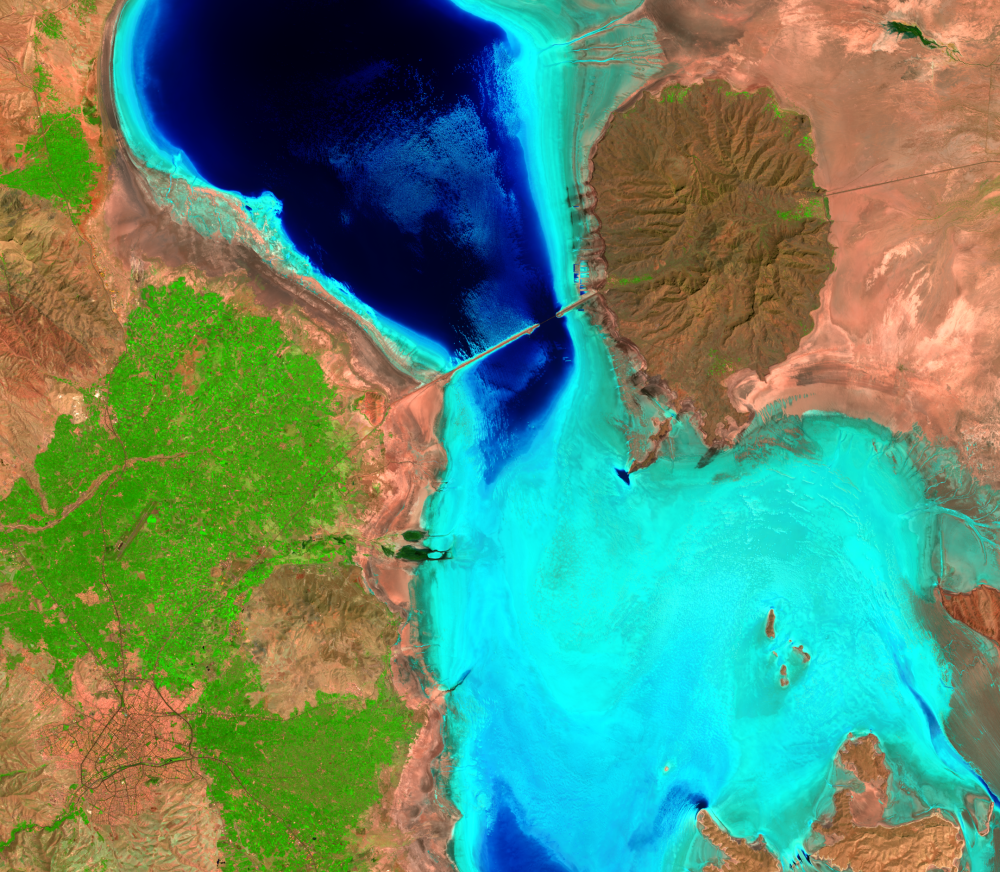 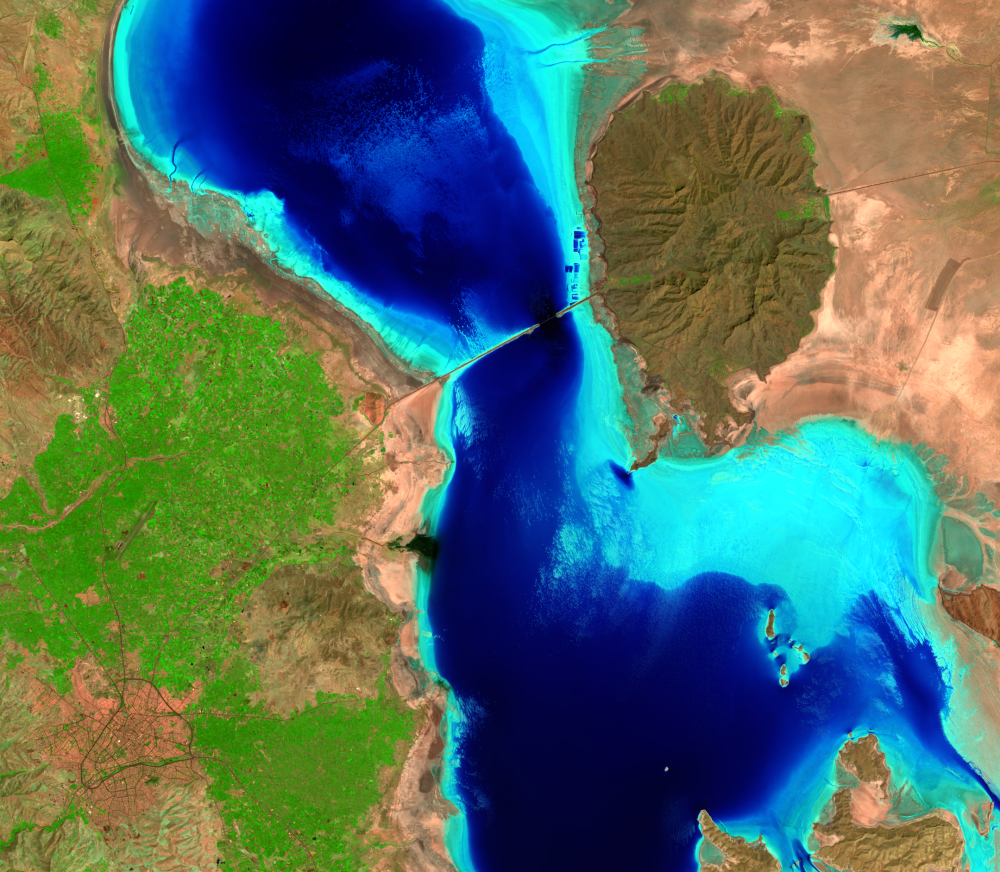 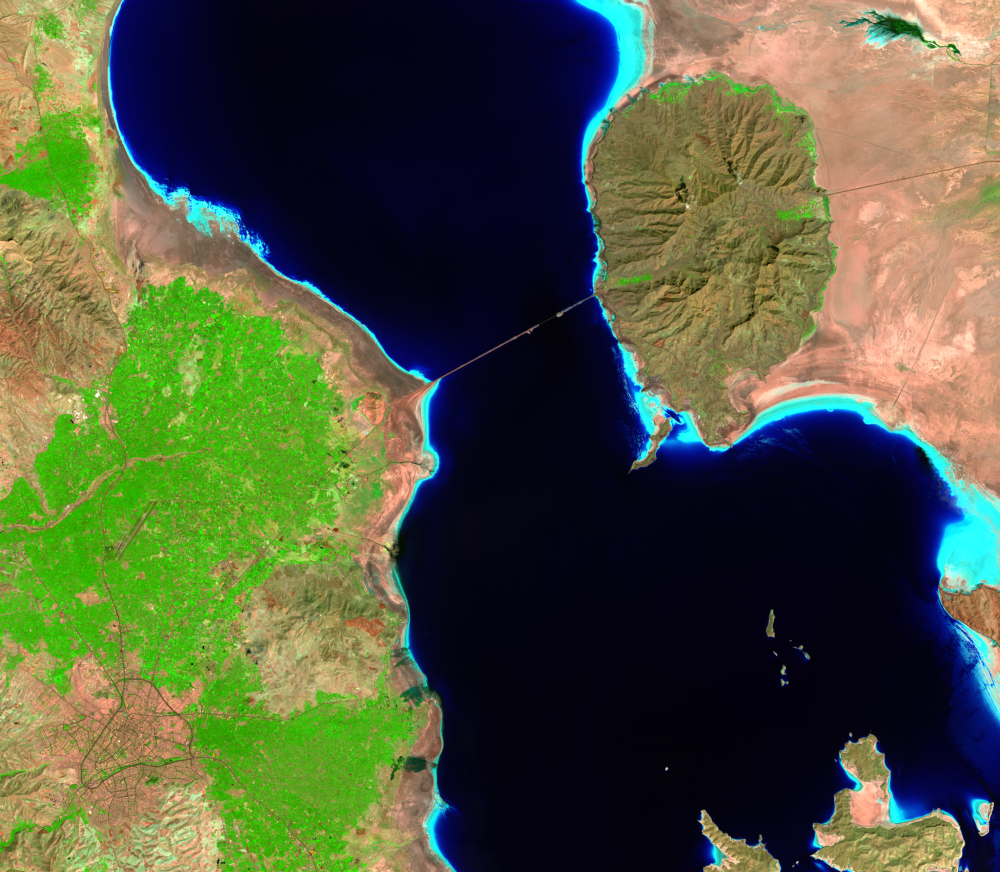 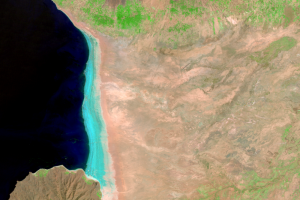 The diversion of water from the rivers for agricultural use is probably the most significant cause of Lake Urmia’s decline. Several dams have also bee... 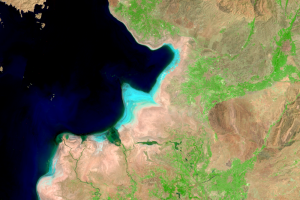 Lake Urmia is a hypersaline lake. Rivers carry sediments and minerals to the lake, and as the lake water evaporates, the minerals remain. As a result,...