The Dead Sea is fed mainly by the Jordan River, which enters from the north. Because of irrigation projects and other water needs upstream, the level of the Dead Sea has been falling.

Much less water now enters the sea from the Jordan River. The river once brought 1.3 billion cubic meters of fresh water every year into the sea. Now it brings only about 100 million cubic meters, most of it containing agricultural runoff and sewage. These water uses have a bigger impact on Dead Sea levels than rainfall, which only amounts to an average of about 50 millimeters annually.

As the water level continues to drop, the water only gets saltier. There is even a layer of salt coating the lake bottom, which has been growing about 10 centimeters thicker every year.

To make matters worse, as the water retreats, sinkholes form in the salty seabed that is left behind. Studies have inventoried the sinkholes along the coast of the Dead Sea and found that the sinkholes are increasing in number, making development on this land hazardous. 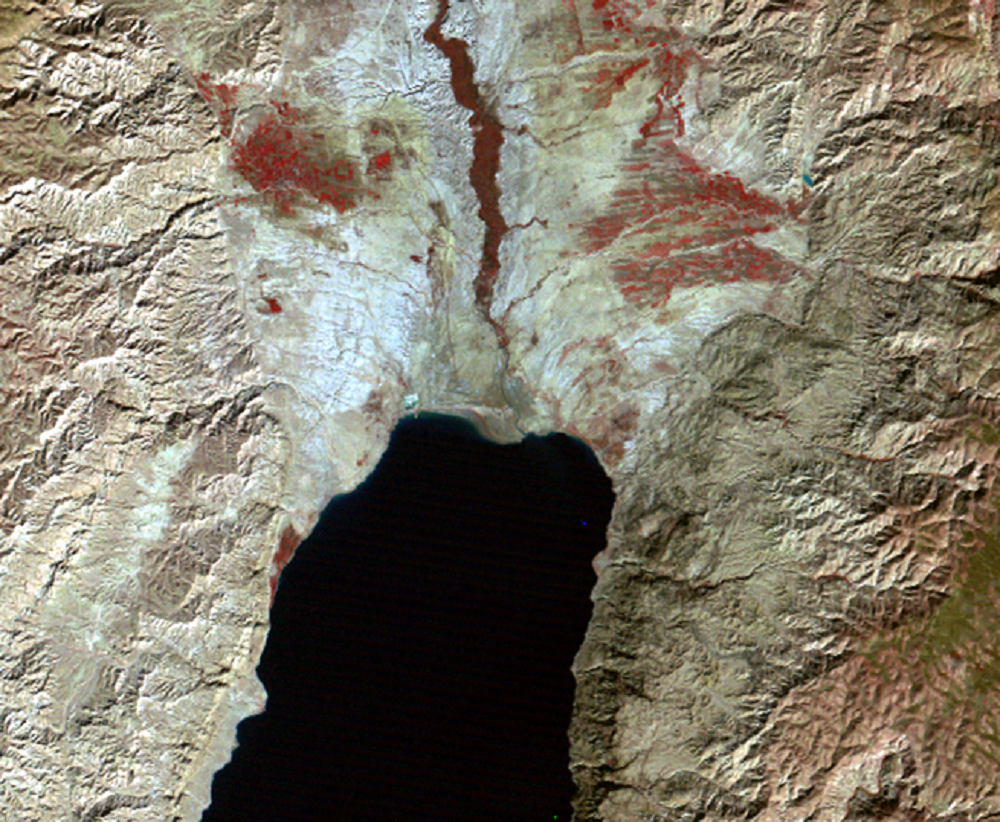 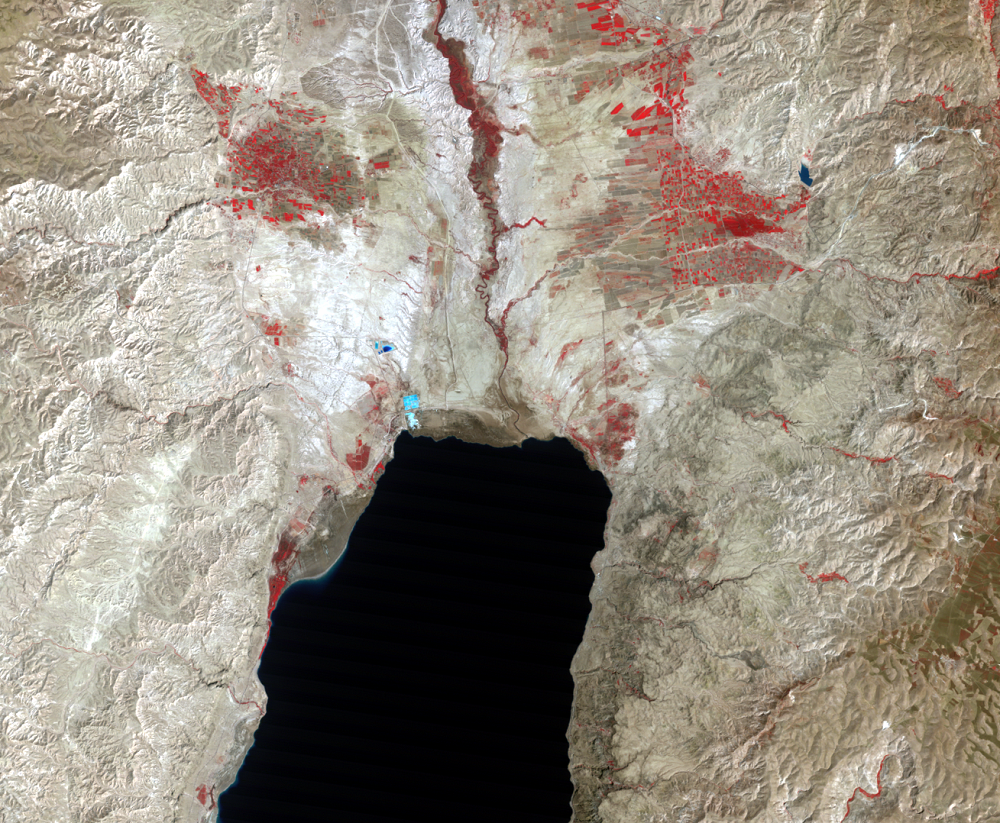 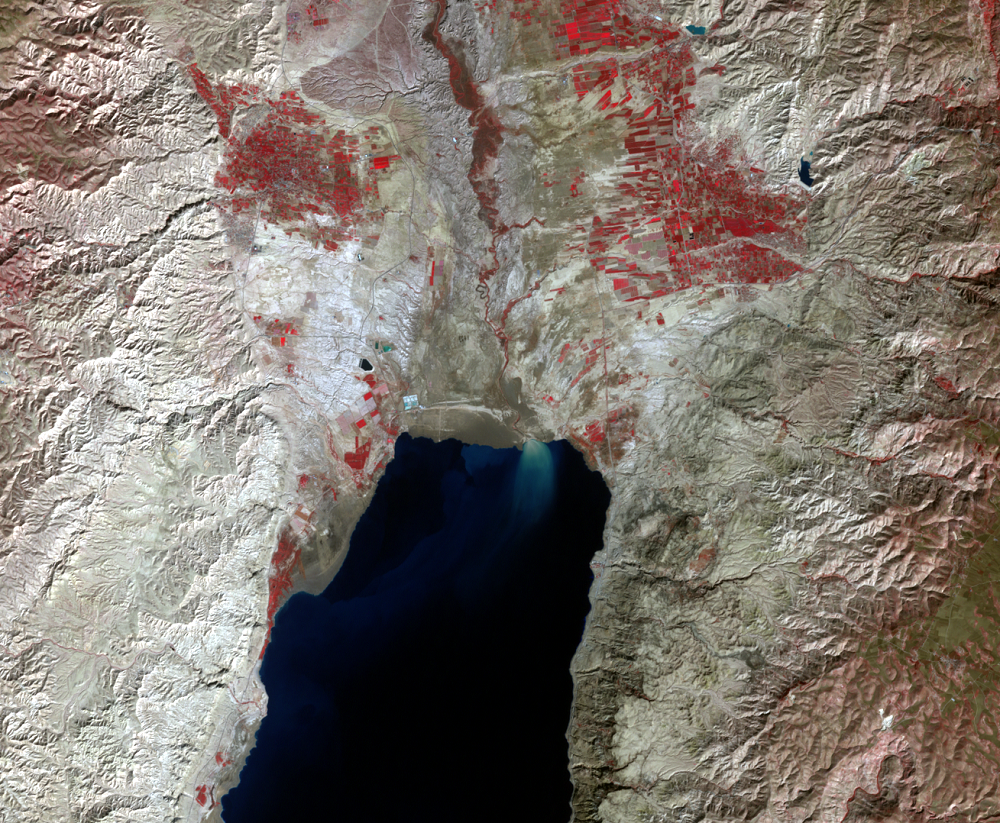 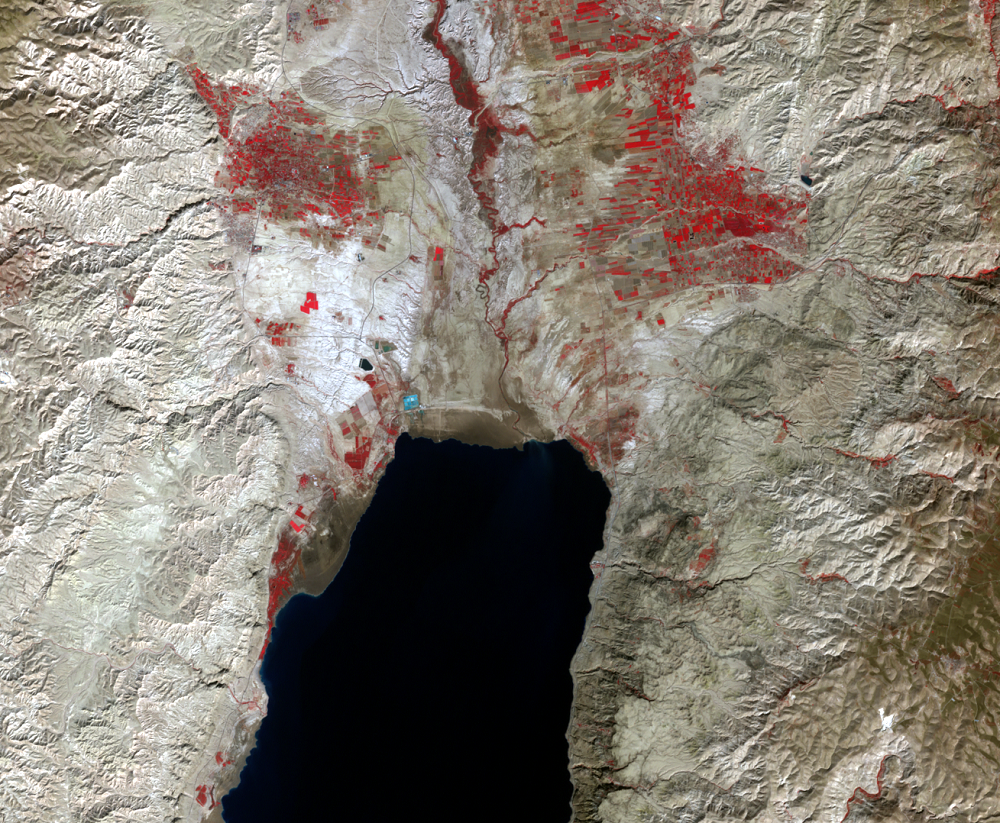 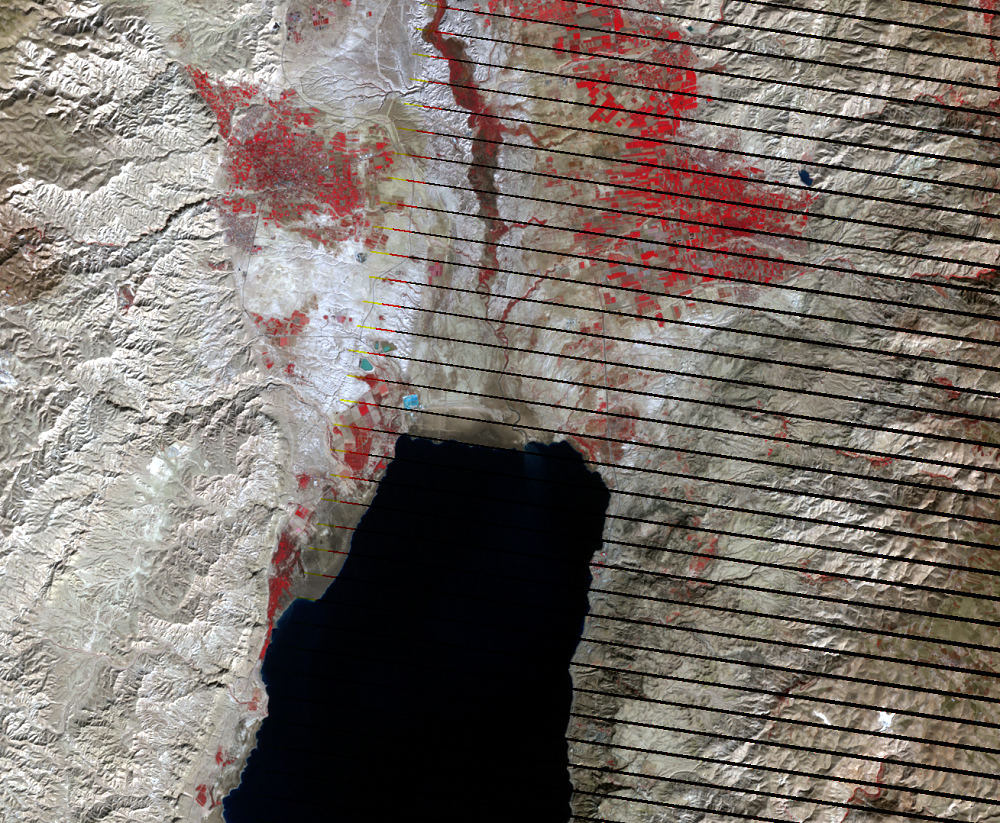 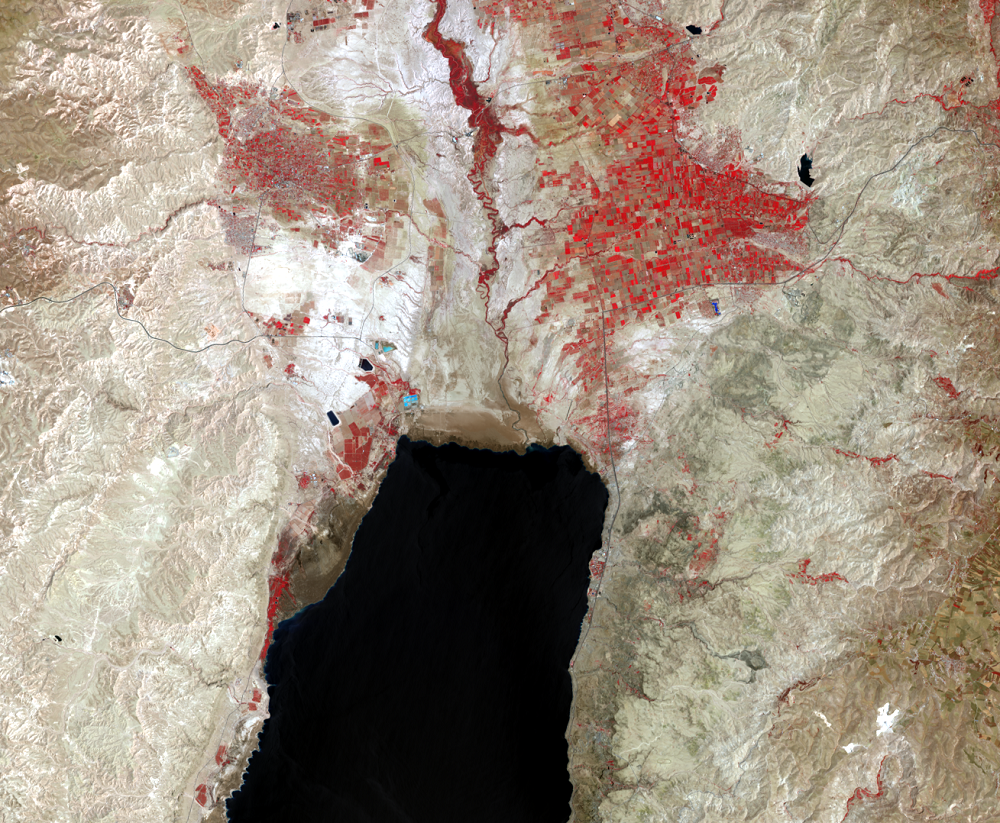 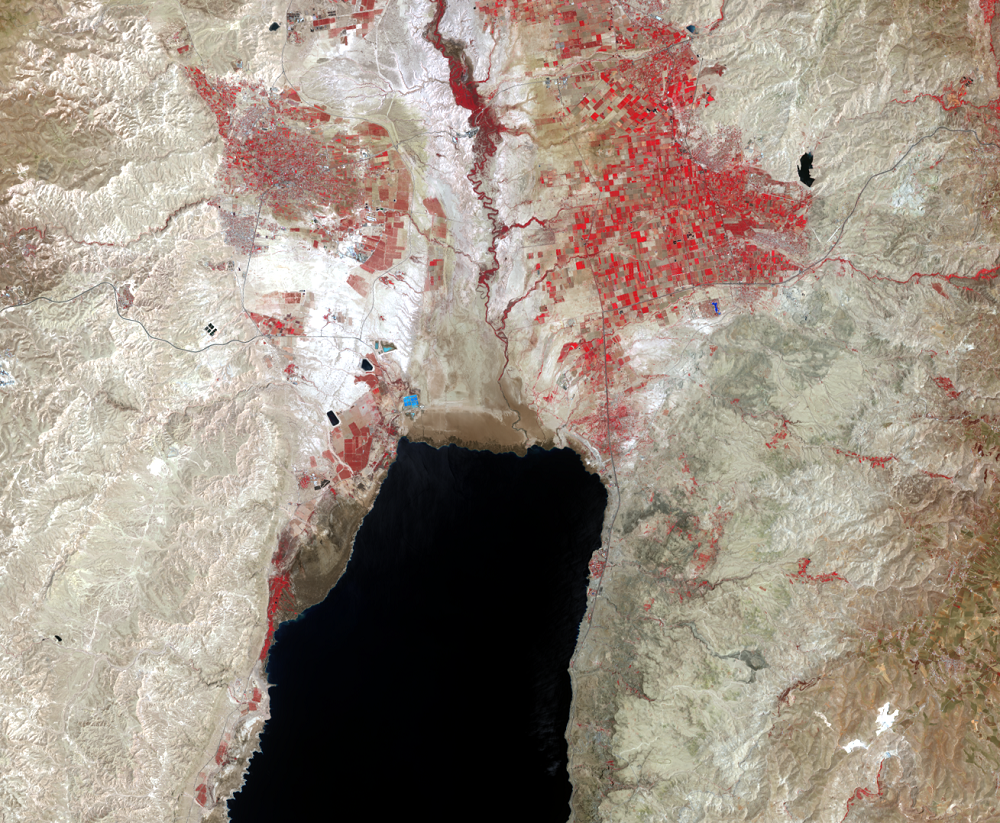 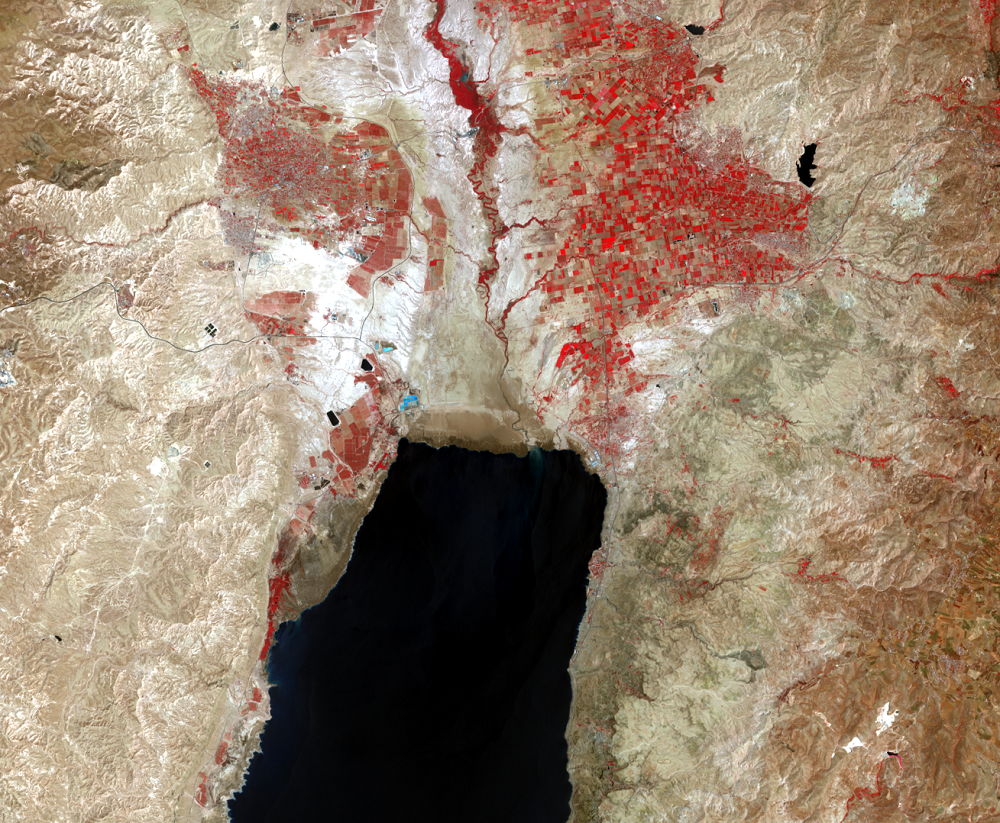 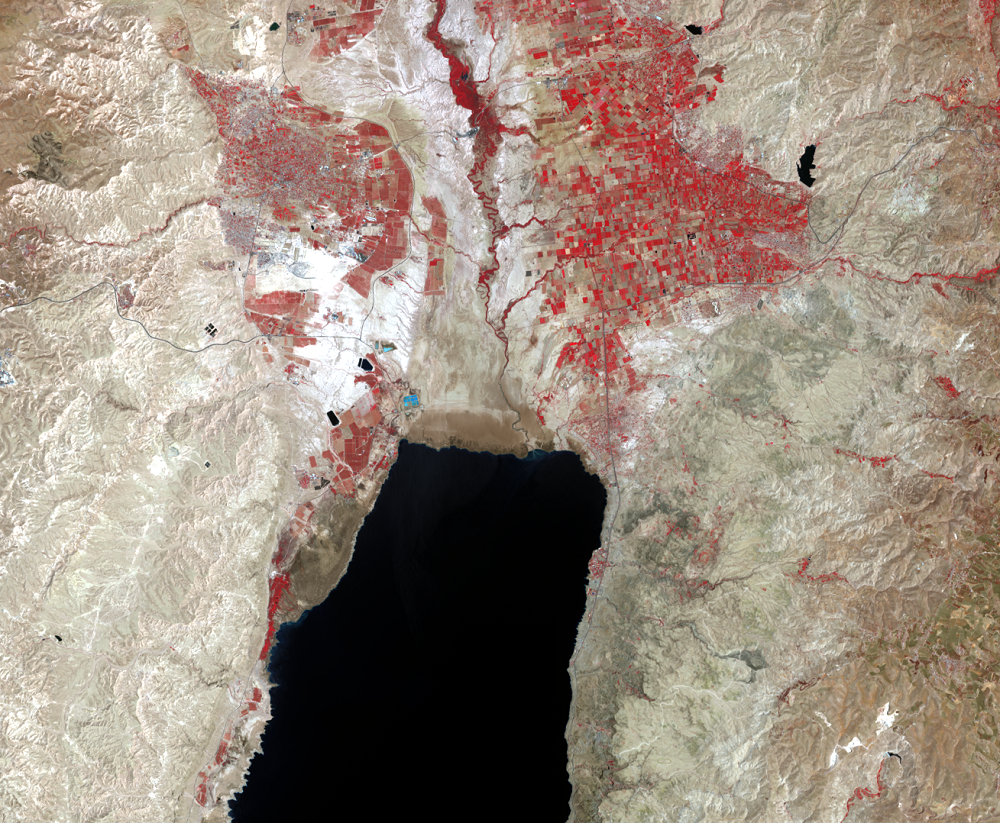 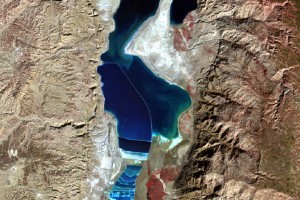 The Dead Sea has no outlet. The only way water exits the sea is by evaporation. When the water evaporates, it leaves behind dissolved minerals, making... 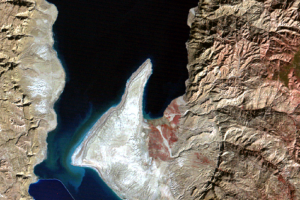 The prominent land feature that separates the northern and southern basins is the Lisan Peninsula. (Lisan means “tongue” in Arabic.) The geologic name...