Since their start in the 1950s, the mines have moved, following the coal deposits. In the zoomed-in 1973 image, the mines appear in the northern part of the image. In the rest of the sequence of images, the mines shift and change shape, generally moving south.

Federal law requires the restoration of mined lands to their approximate original contours. It also requires that reclaimed land support either the same or better land uses than it supported before mining. To meet this requirement the Muskingum mines, as well as other mines, are replanted to grassland, for agricultural use. The mining company replaces the topsoil, grades the soil, and applies grass seed and mulch.

The mining company also planted some of this land to forest. As part of the voluntary Climate Challenge Program, the American Electric Power Company planted millions of trees on company-owned grassland. These new forests decrease the carbon dioxide in the atmosphere, control erosion, and provide habitat for wildlife.

In the Landsat images, much of the reclaimed land is distinguishable from the surrounding forest. Generally, bright pink is new mined land. As land is reclaimed, it turns darker and then becomes green as the vegetation returns. 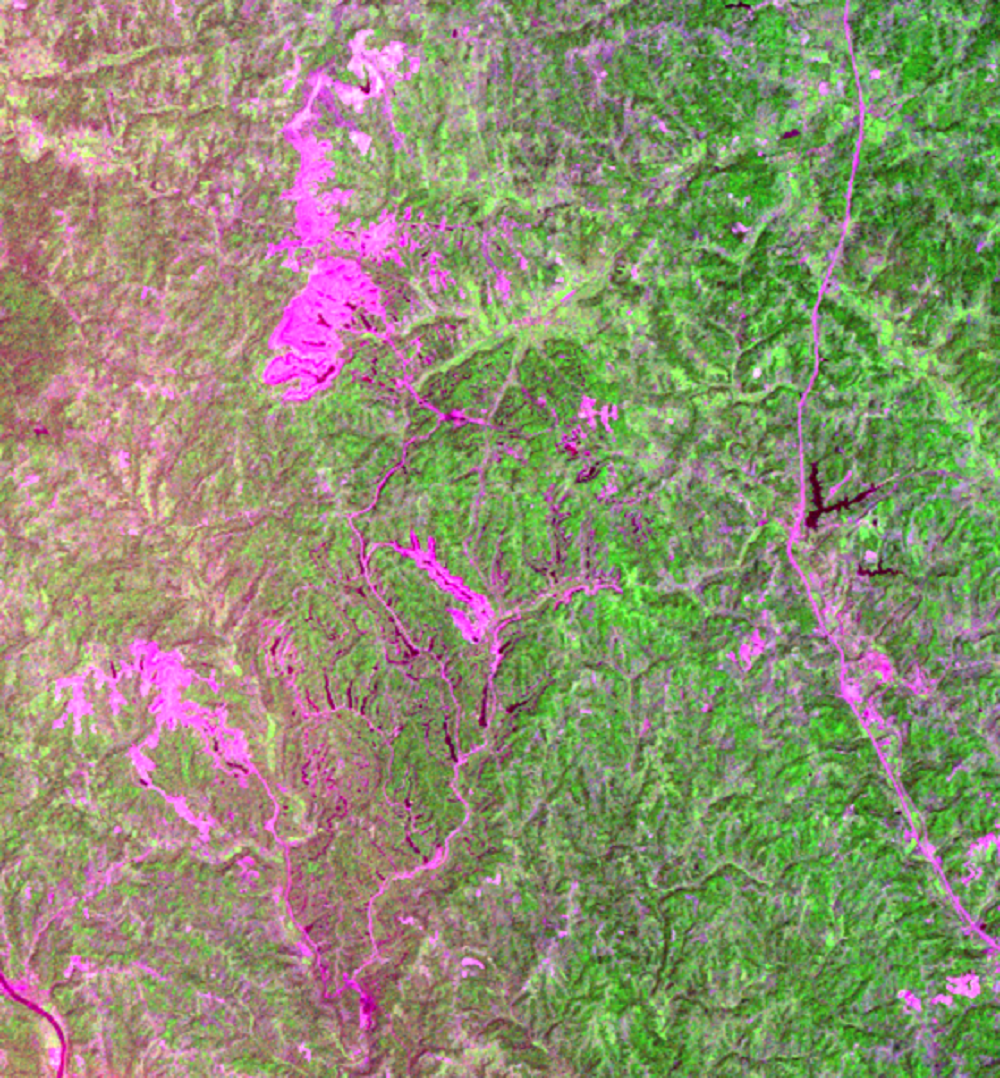 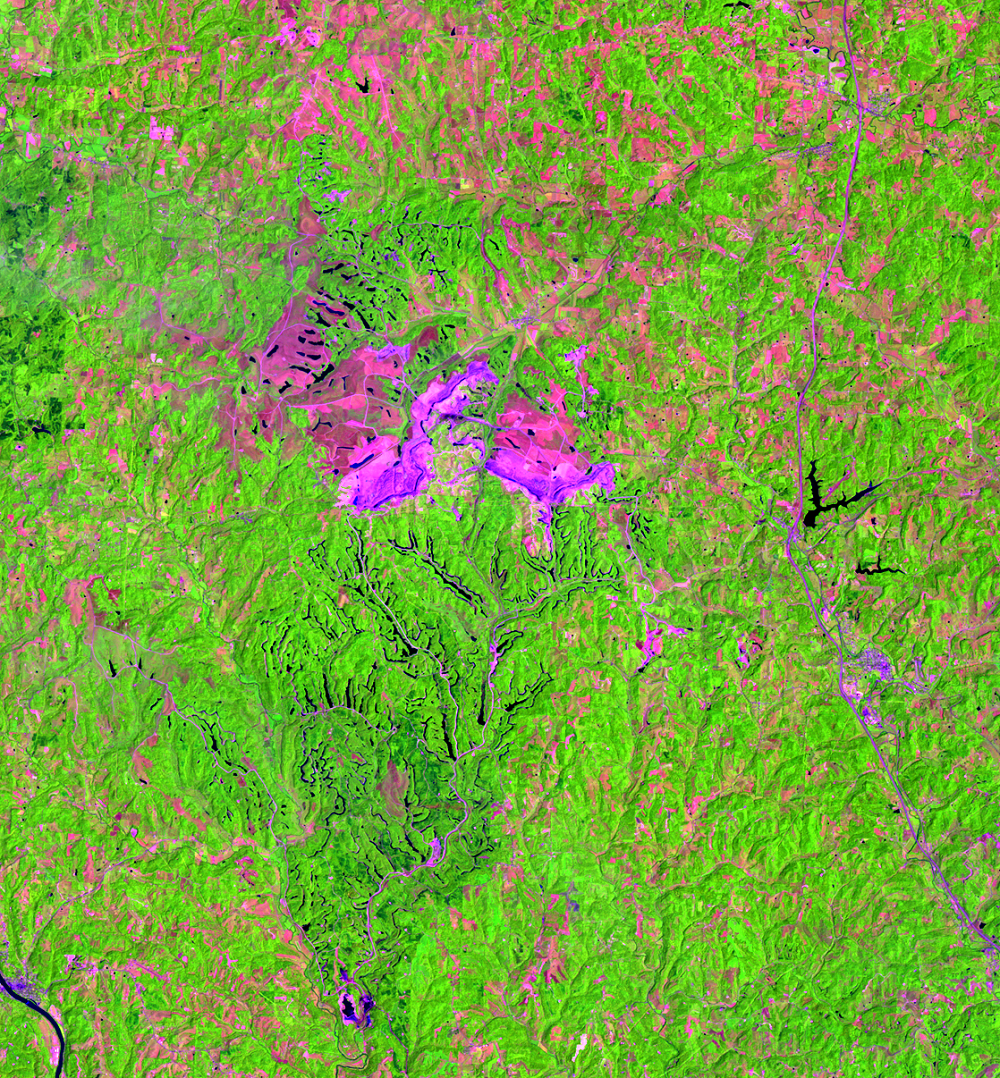 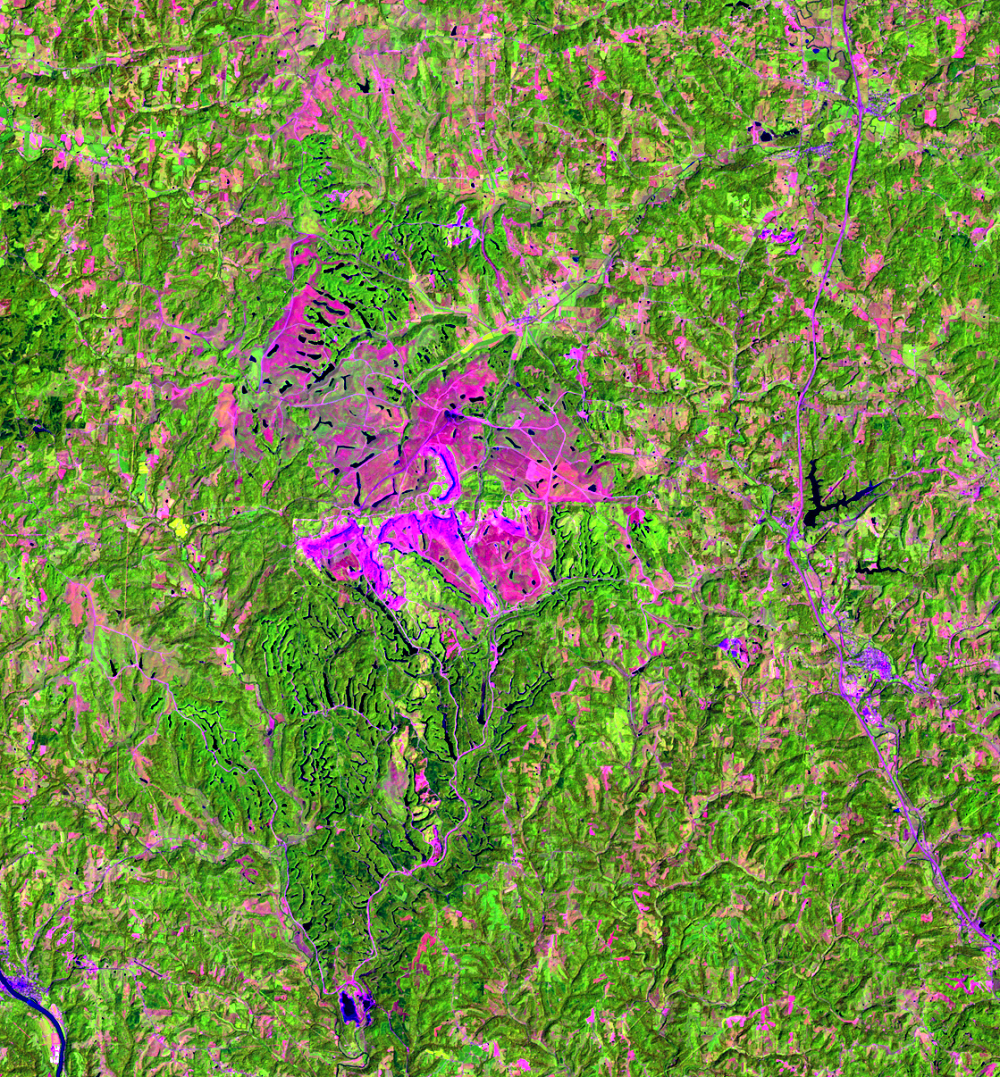 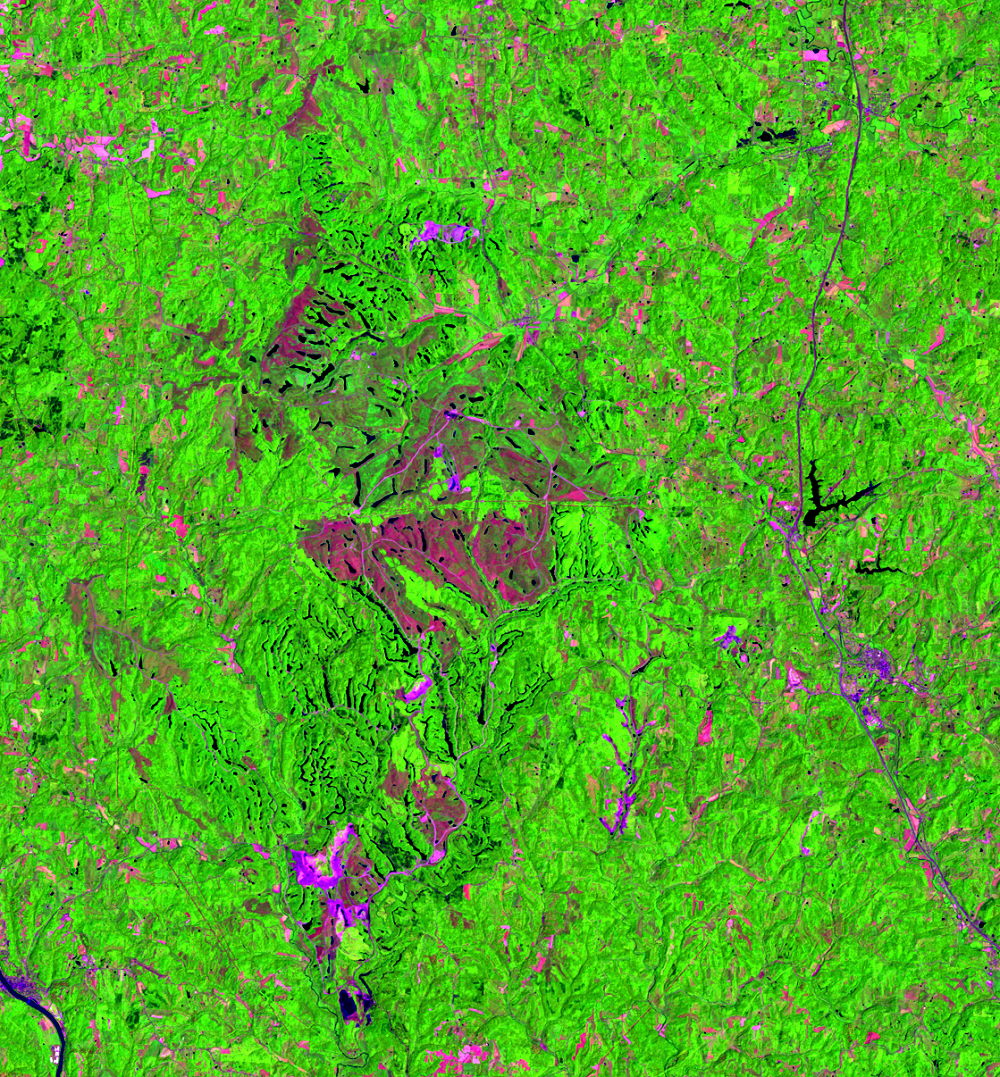 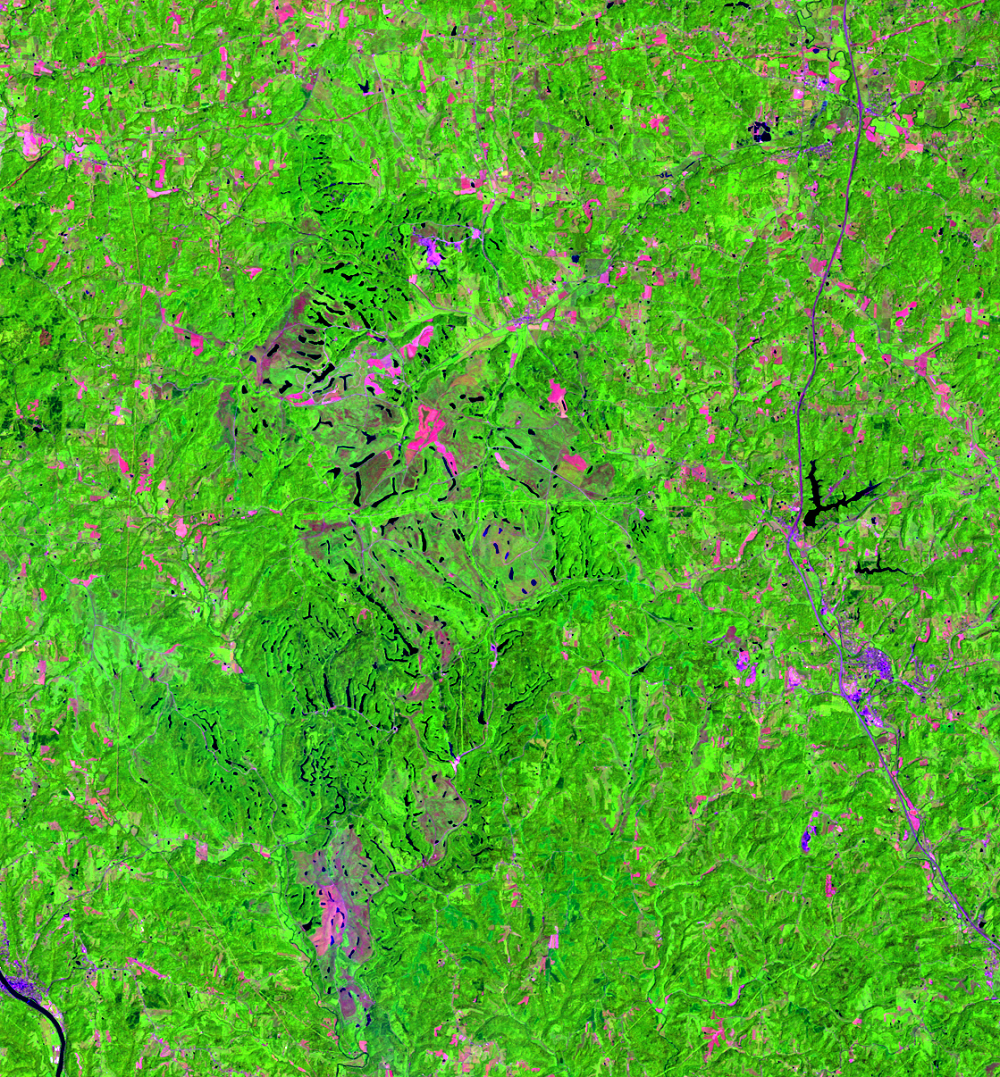 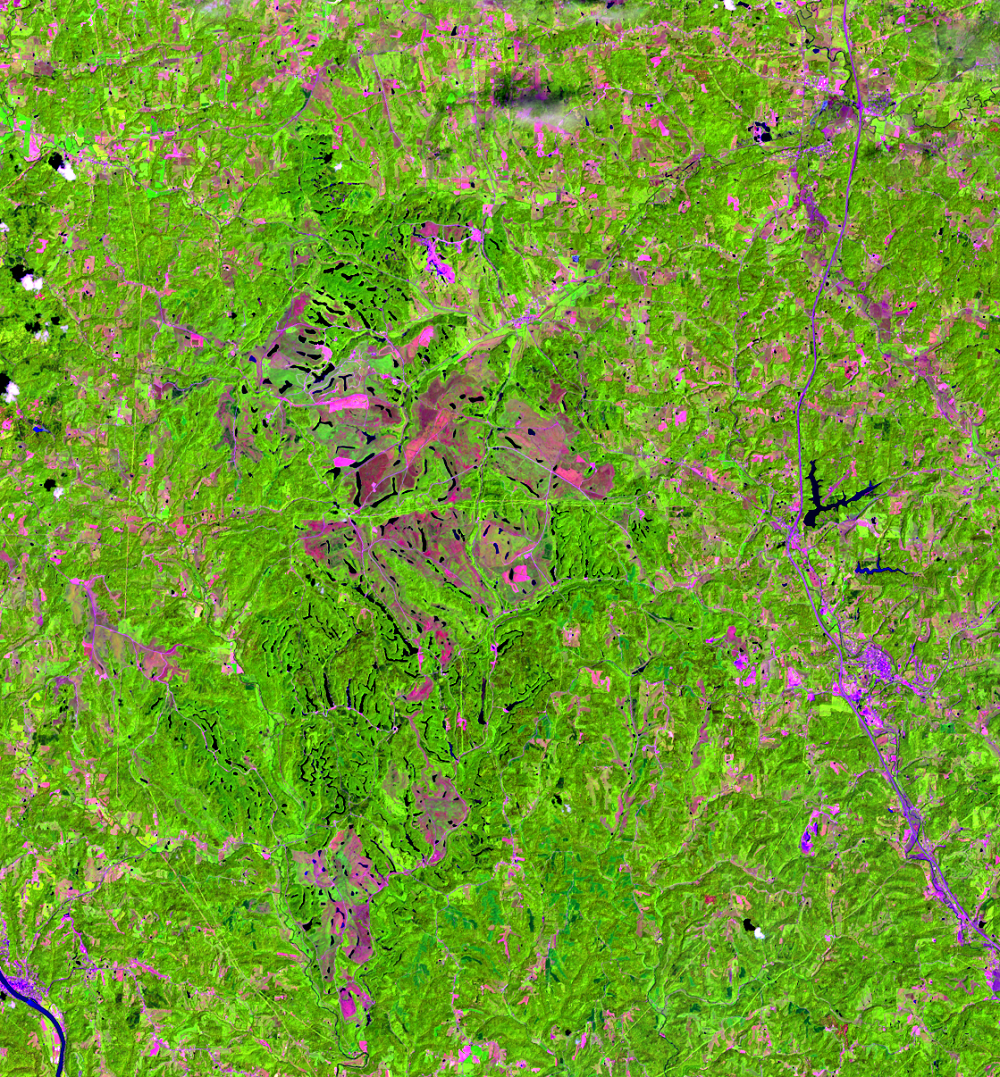