The Surface Mining Control and Reclamation Act of 1977 requires that mined lands be restored to an acceptable land cover. These images show some of the landscape returning to green after mining operations have moved on. But the contours of the land are not exactly the same as they were before mining started.

Rock debris from the removal of overburden cannot be piled as high or graded as steeply as the original mountaintop. The topography ends up being leveled—the mountains are lowered and valleys raised.

To avoid erosion during the reclamation process, soils are heavily compacted and then planted with fast-growing grasses. Trees are sometimes planted as well but do not grow back as quickly in this environment. Those grasses appear in these images as faded green or mottled with pink, compared to the bright green of the pre-mining dense forest.

In this type of landscape, more precipitation becomes runoff than it would be in a forest. Furthermore, species diversity can lag behind natural forests, even decades later. The Sentinel-2 close-up makes that clear. A mined area on the left side of the image has returned to green after it was bright pink starting in 1986 in the Landsat imagery. But the shade of green is not yet the same dark green as intact forest. 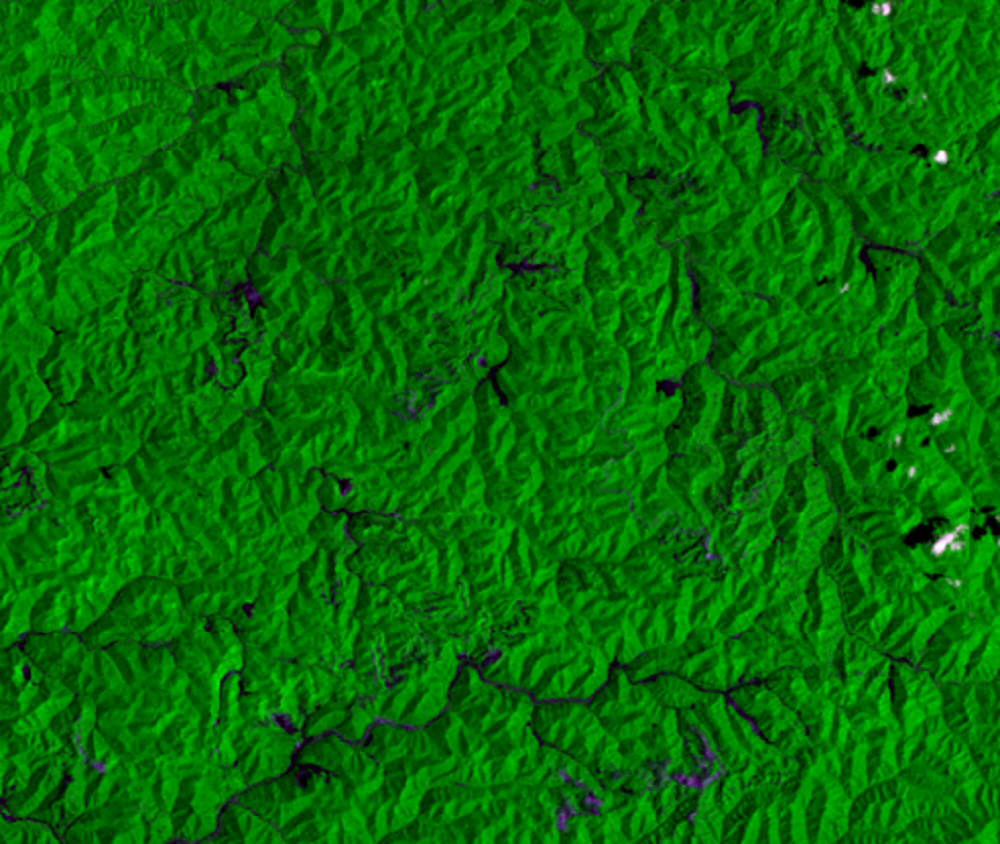 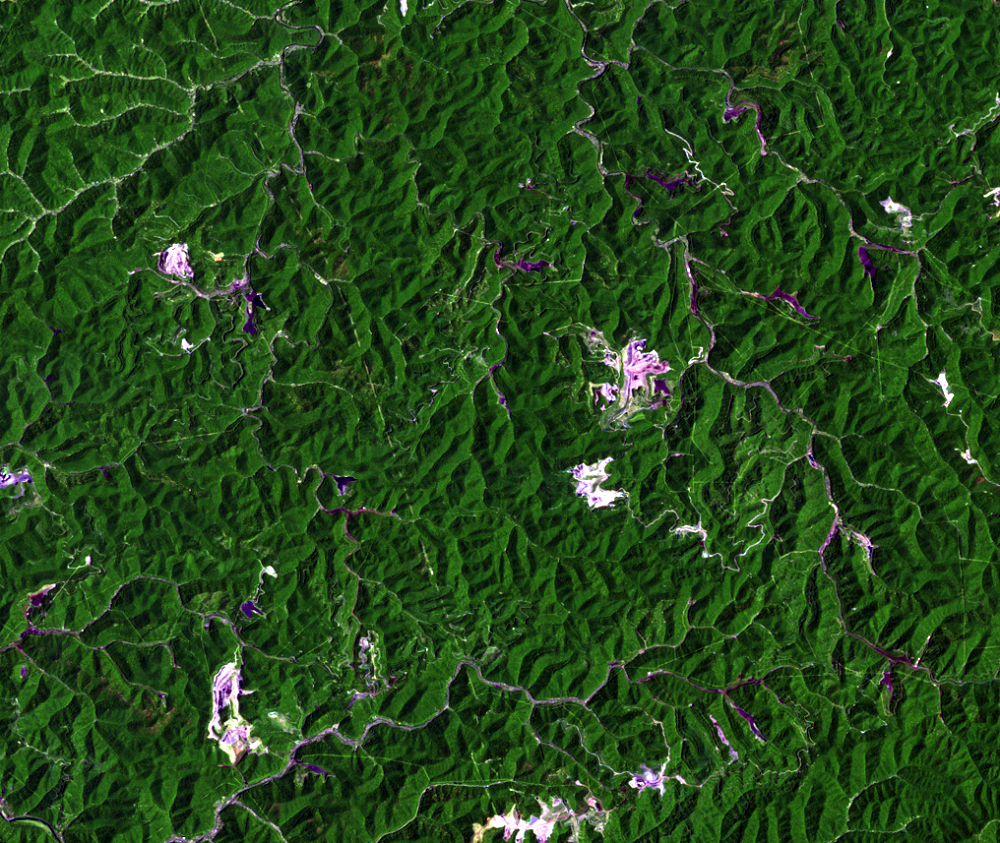 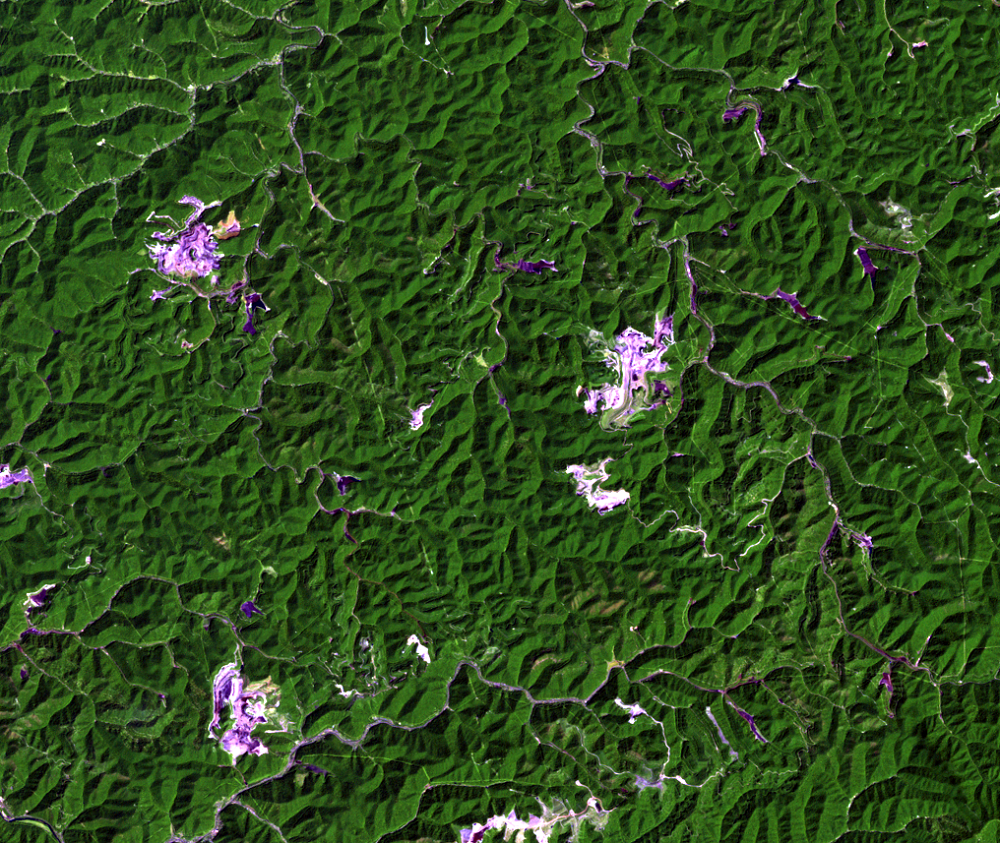 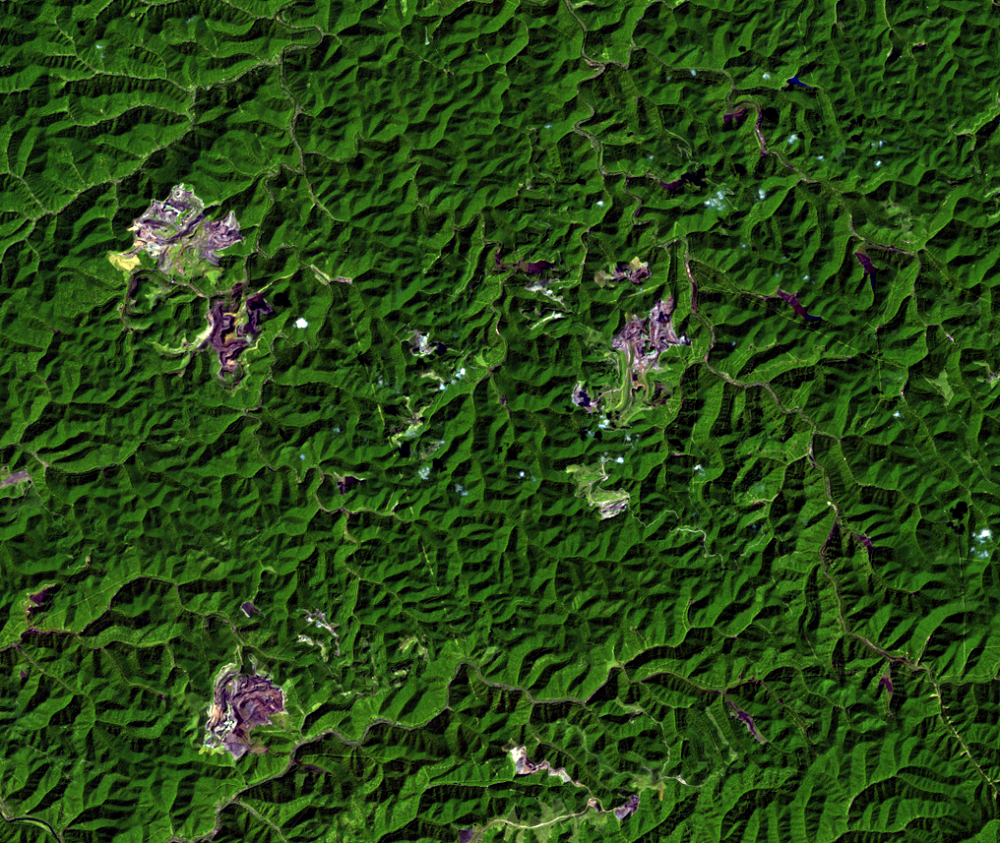 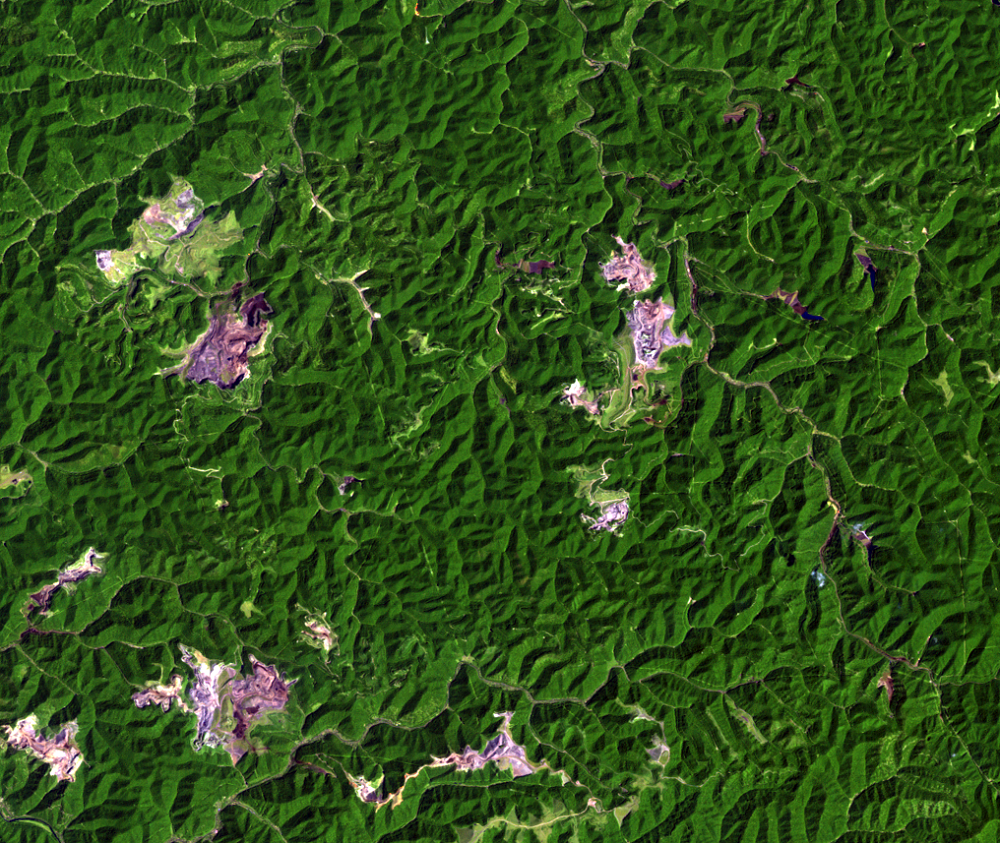 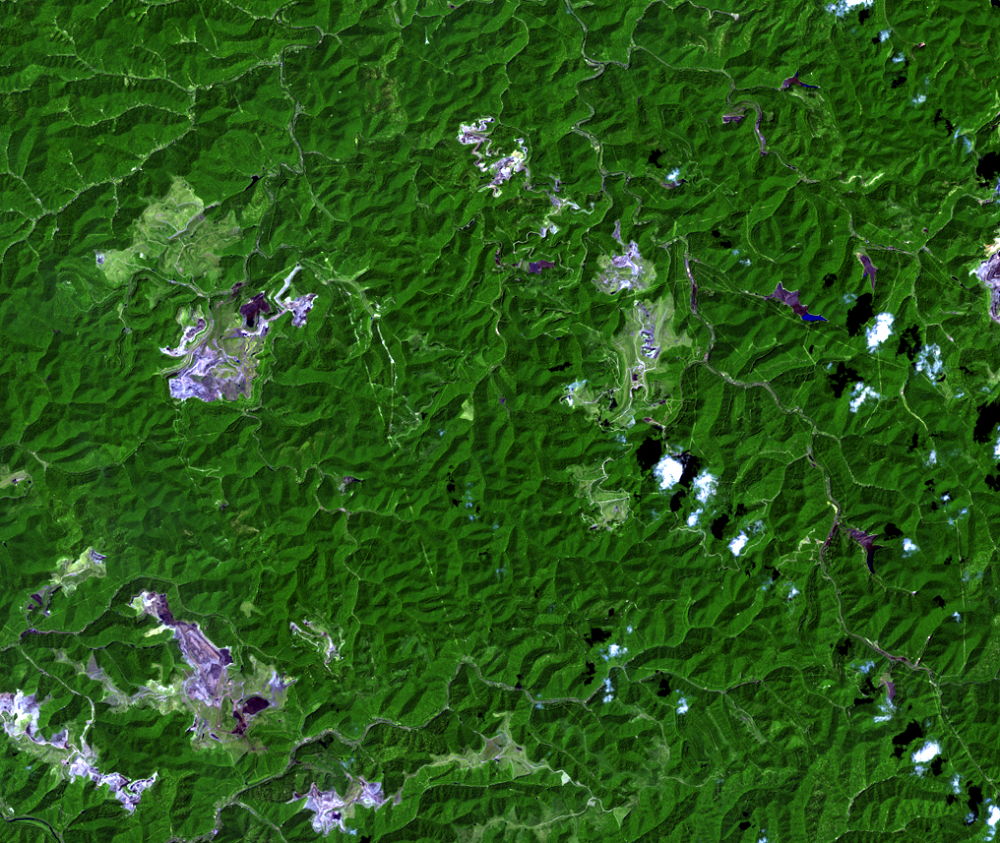 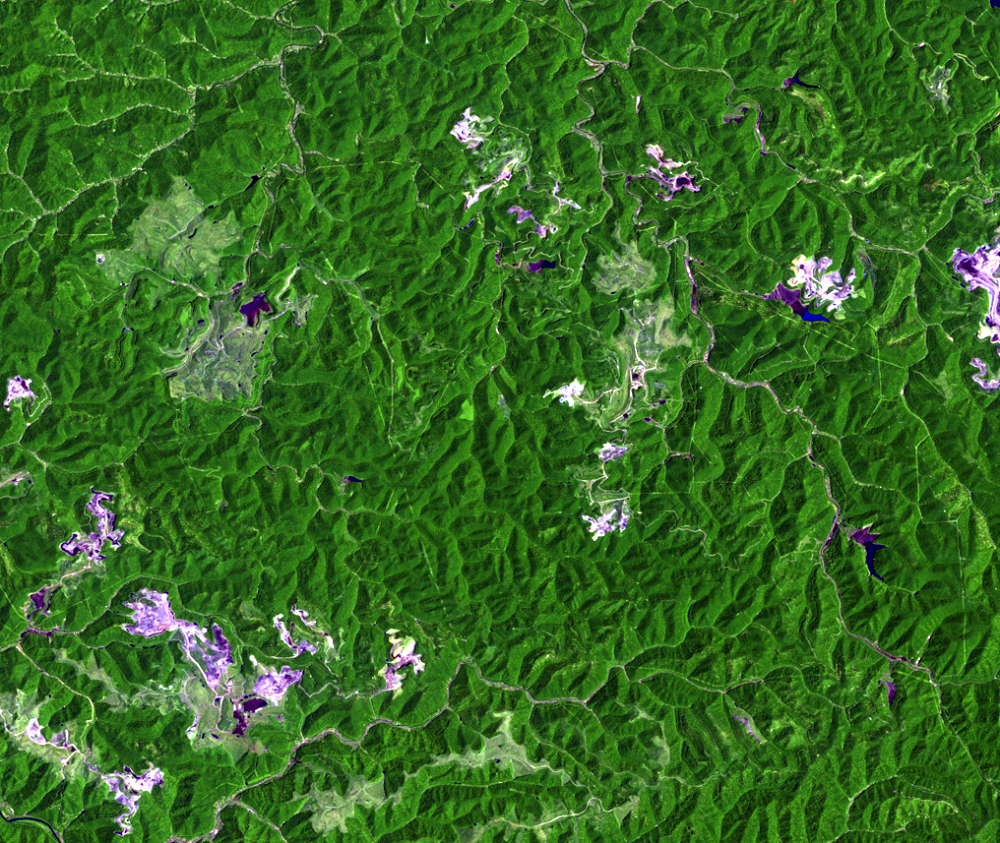 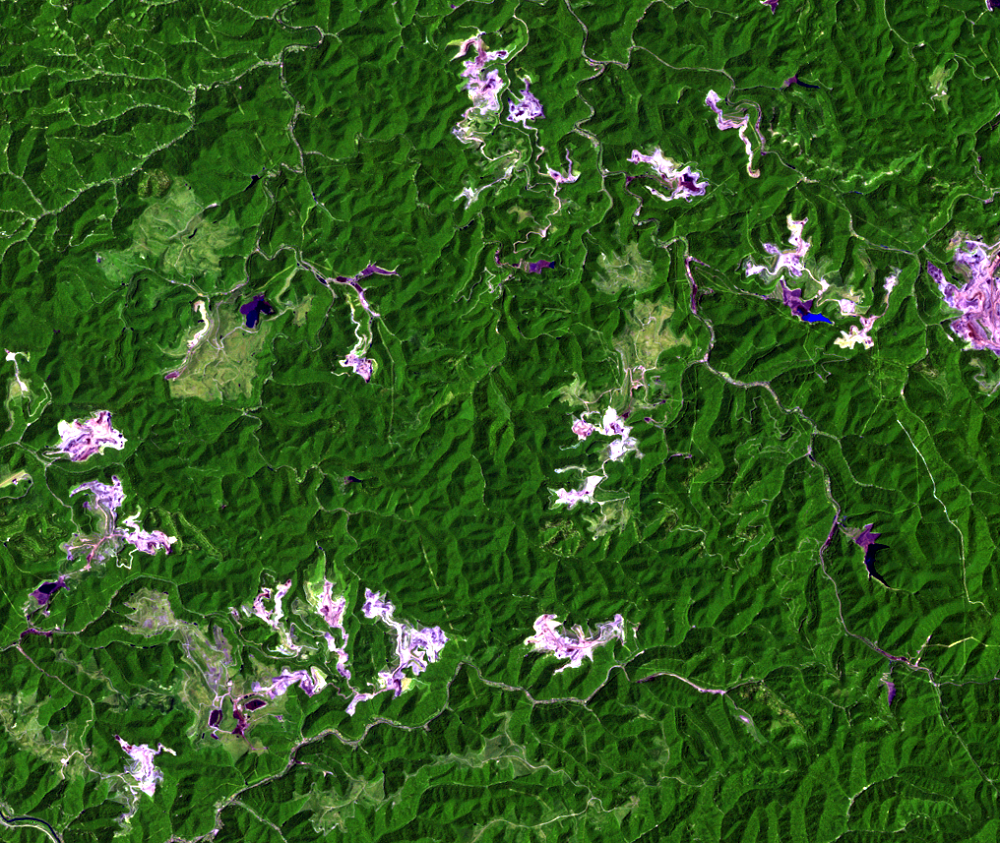 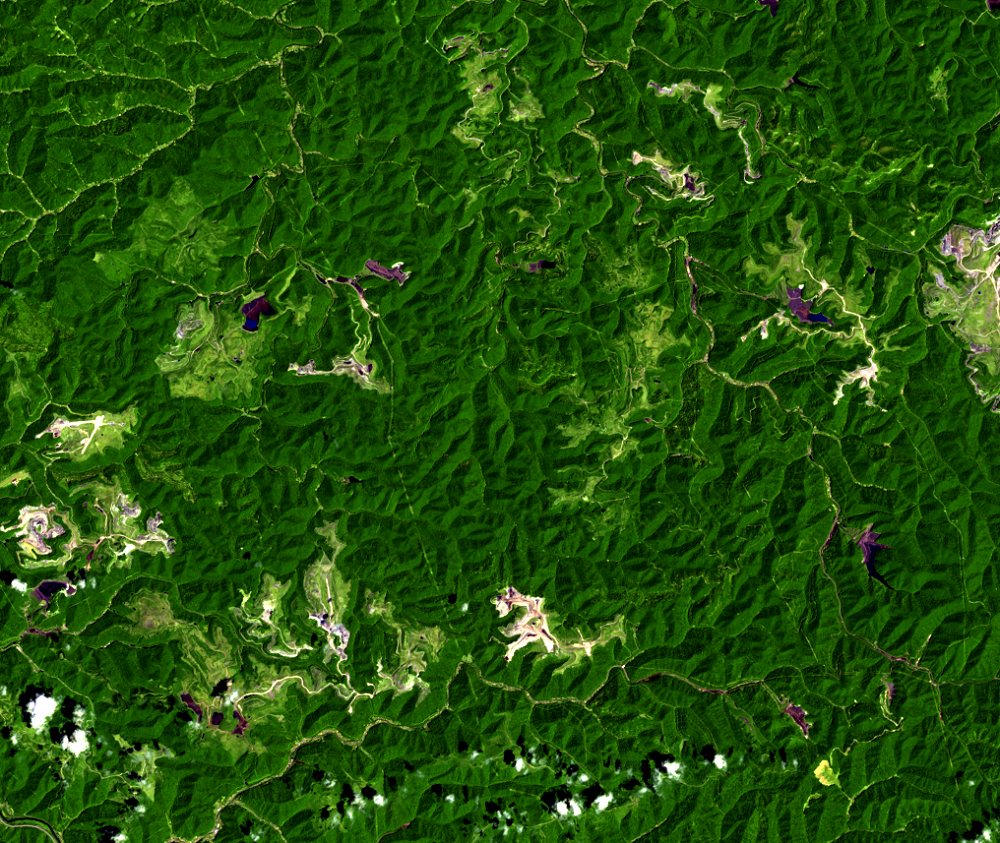 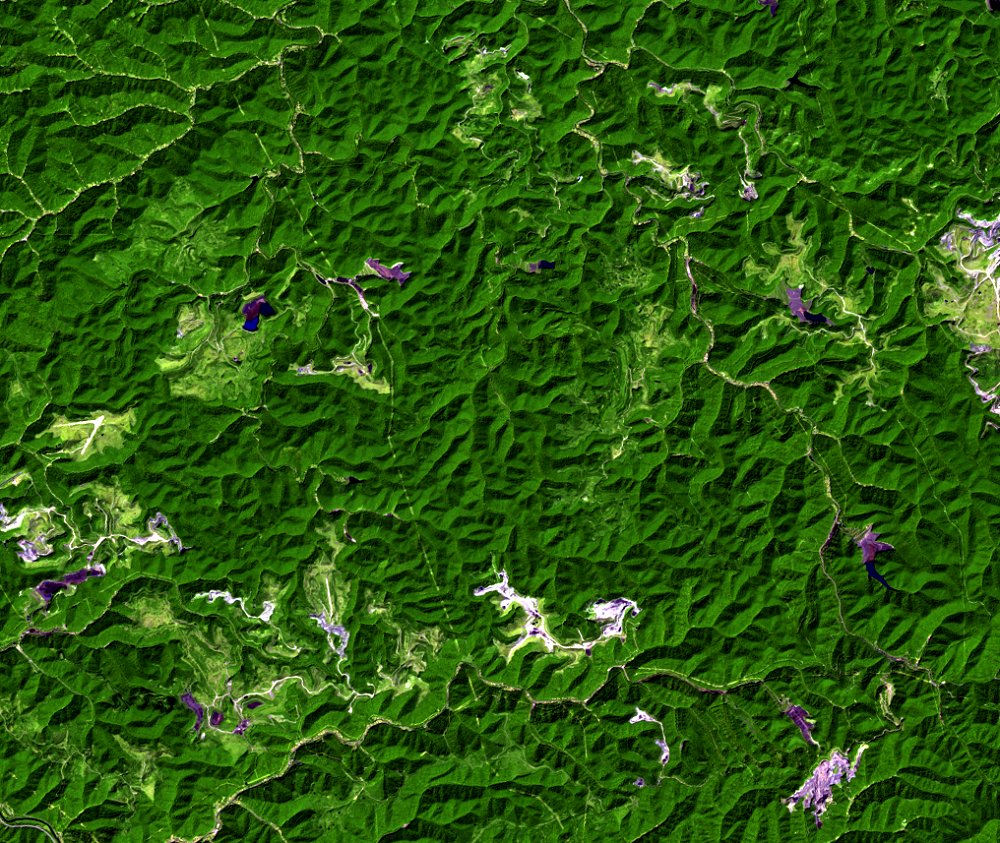 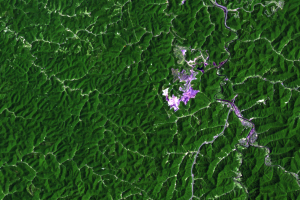 The effects on the hydrology in the region where mountaintop mining takes place is not well understood—how does this mining activity affect the moveme... 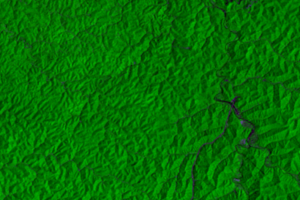 Appalachian coal lies underground in thin seams, too thin for underground mine shafts. The only way to extract the coal profitably is with surface min...