Ice shelves act as doorstops. They hold back the glaciers that flow to the ocean and slow them down. Even small ice shelves like Verdi help regulate the volume of ice that glaciers deposit into the ocean.

Evidence of ice shelf instability can be seen in Landsat imagery. As ice shelves become thinner, rifts can form in the ice, a sign of structural weakening. In these images of Verdi, the rifts range in length from 2 to 4 kilometers. The entire shelf width is only about 10 kilometers. Landsat 8 can monitor Antarctic ice shelves with enough frequency to see if these rifts expand. The size of these rifts along with their rapid development suggests that Verdi is becoming increasingly unstable.

All of this evidence points to the real possibility of Verdi collapsing. This does not mean that it will happen right away, but scientists suggest that it could happen in the next decade. 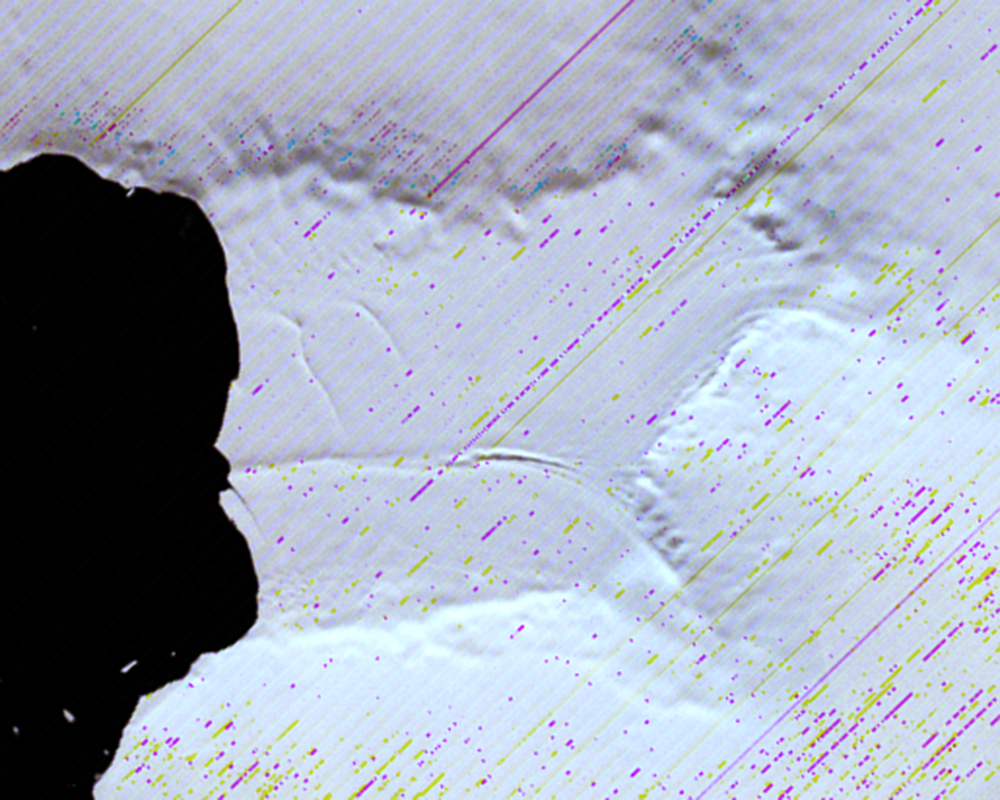 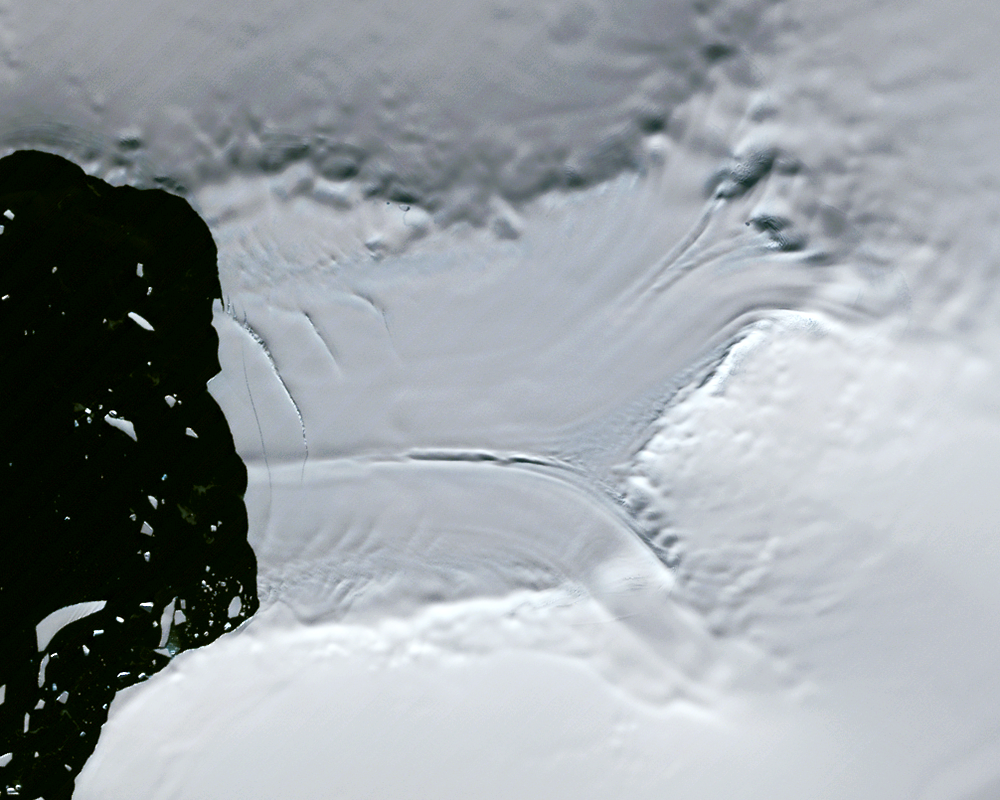 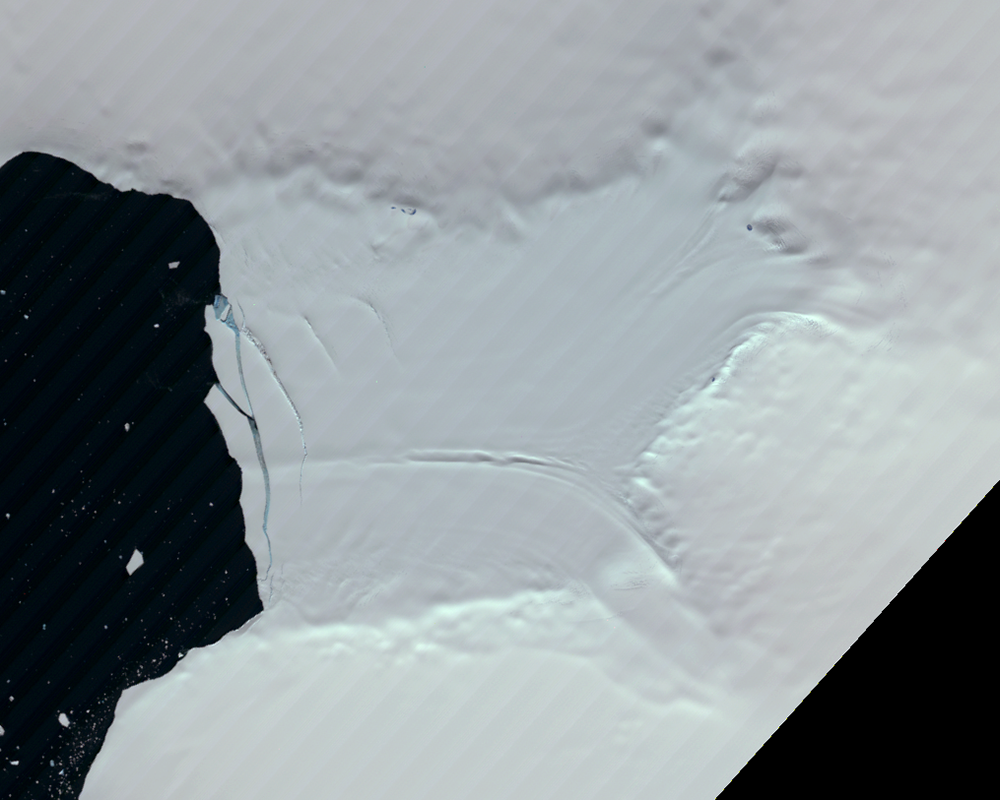 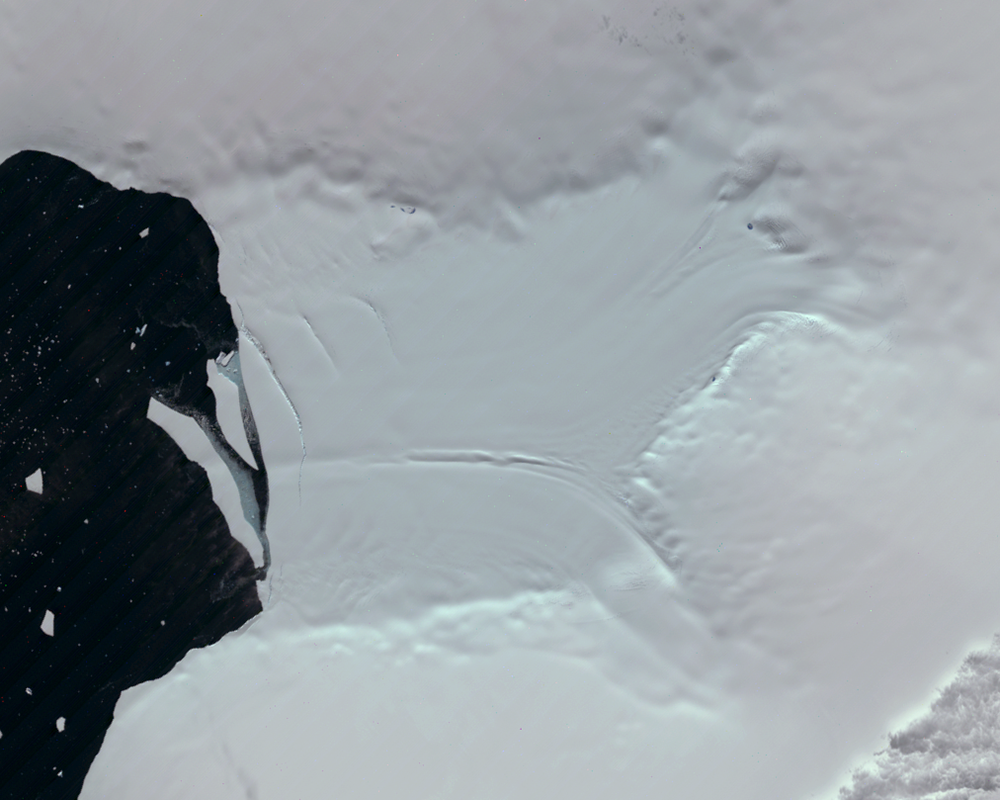 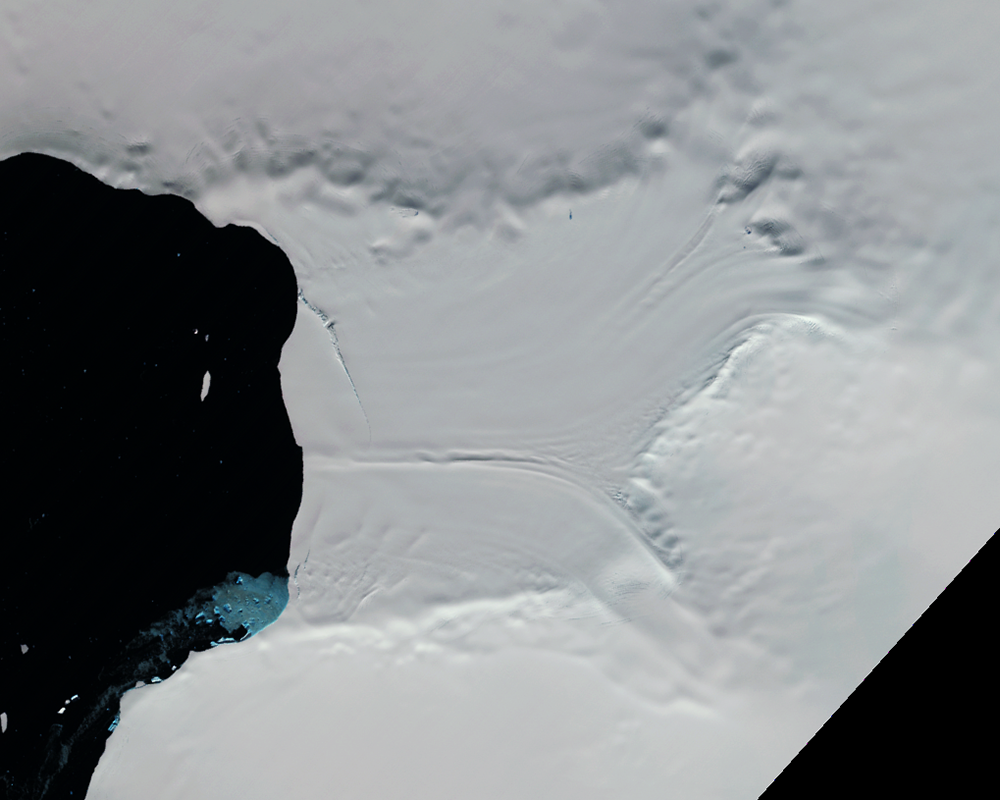 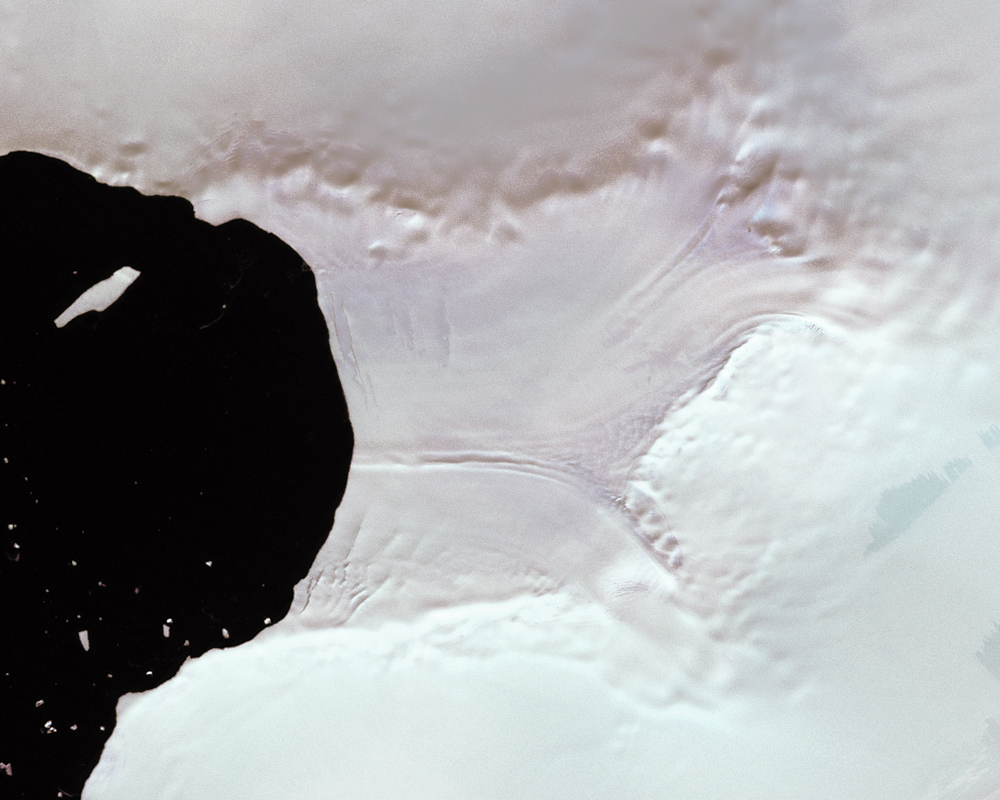 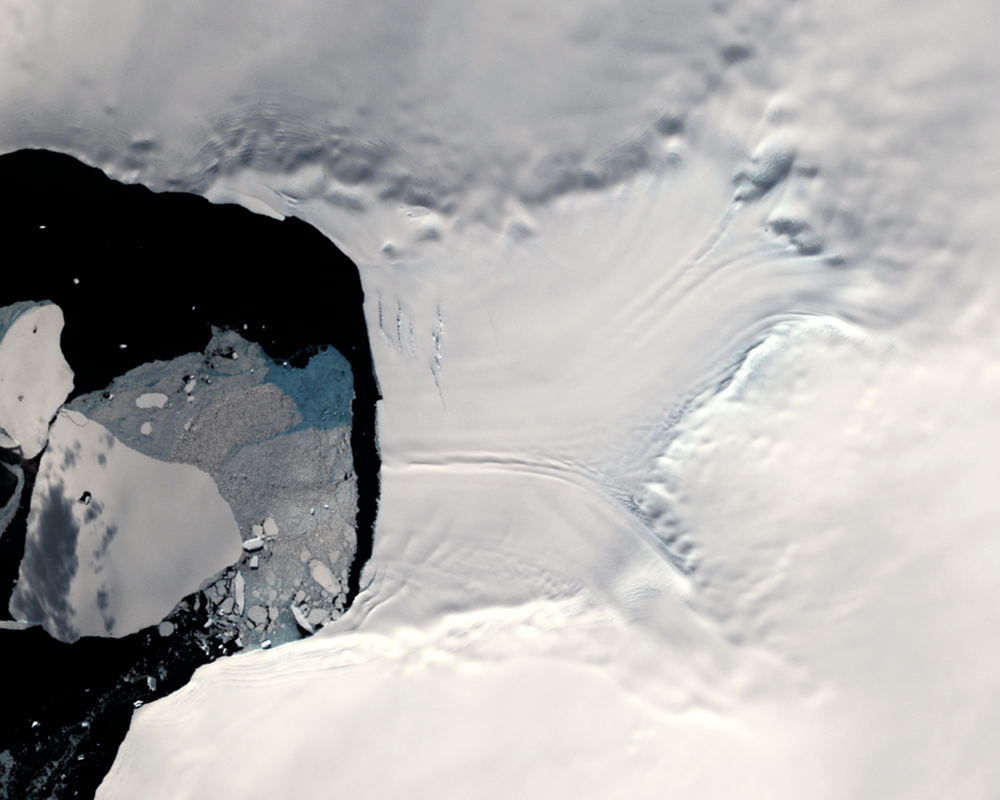 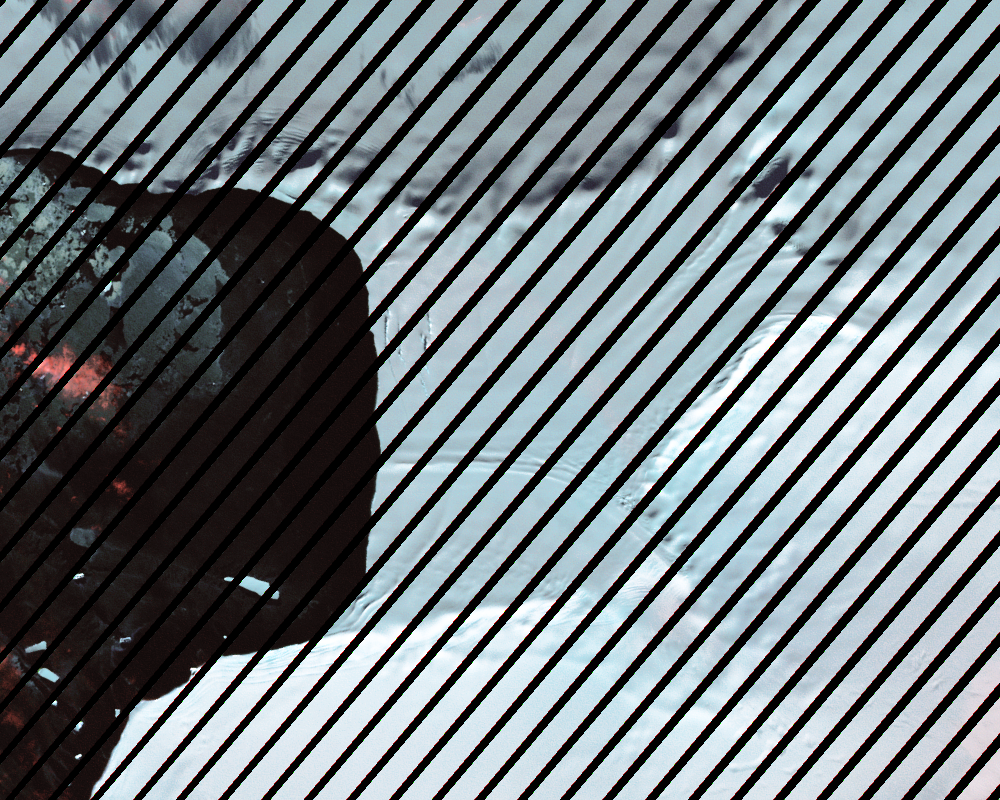 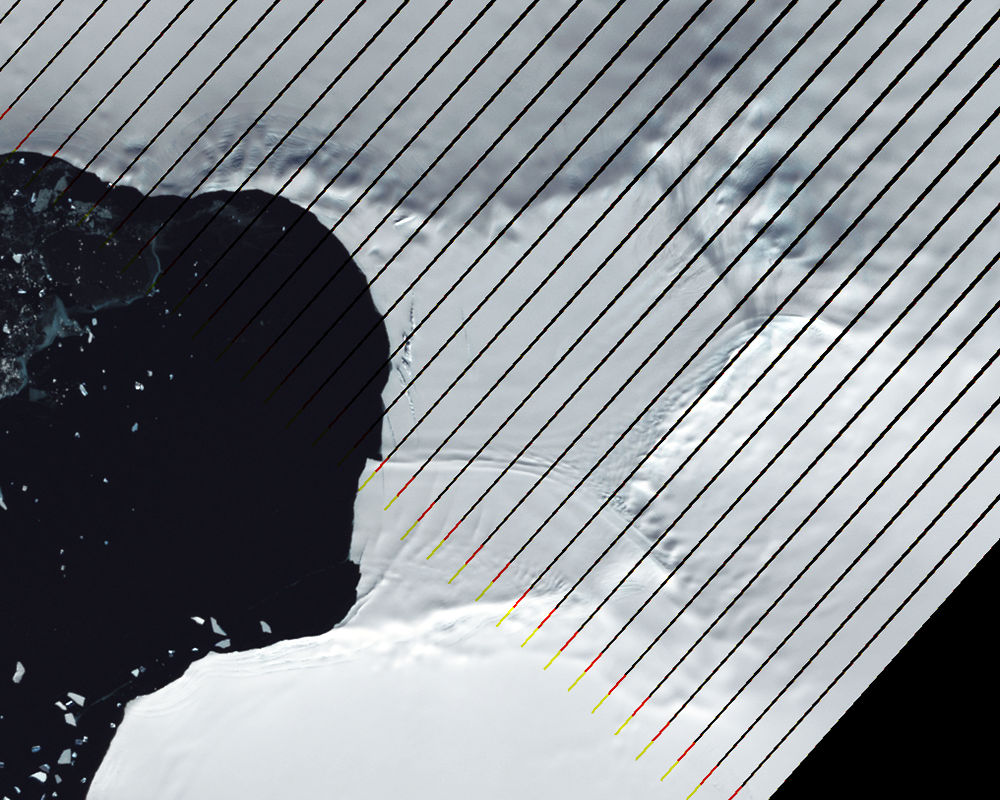 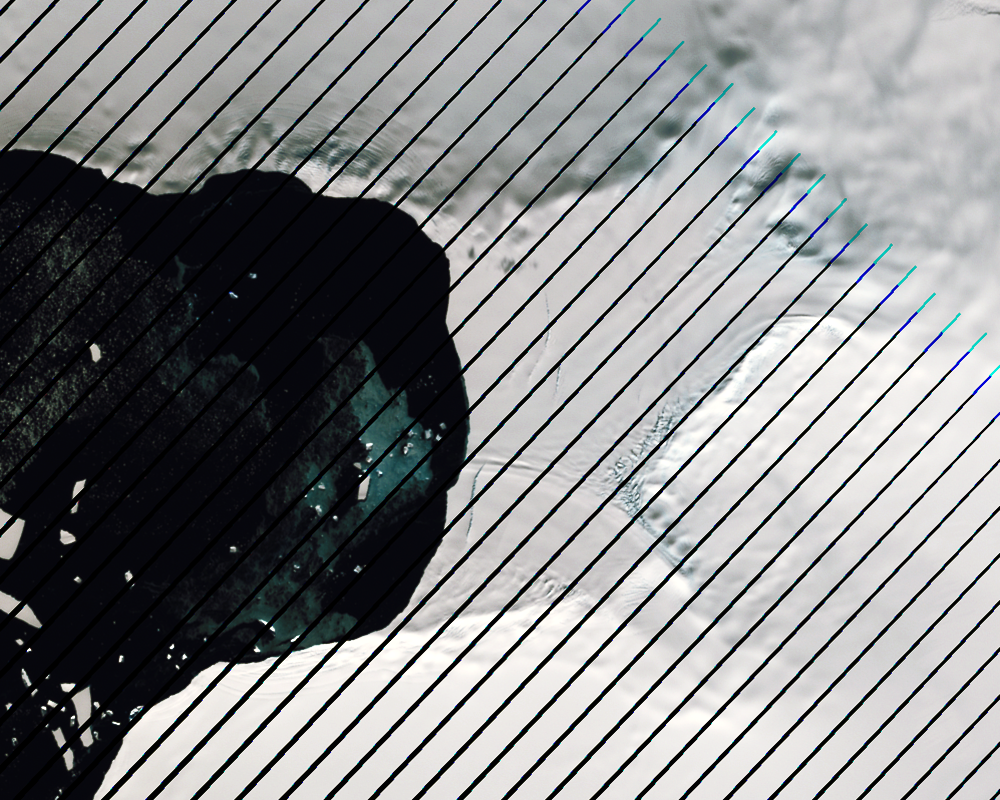 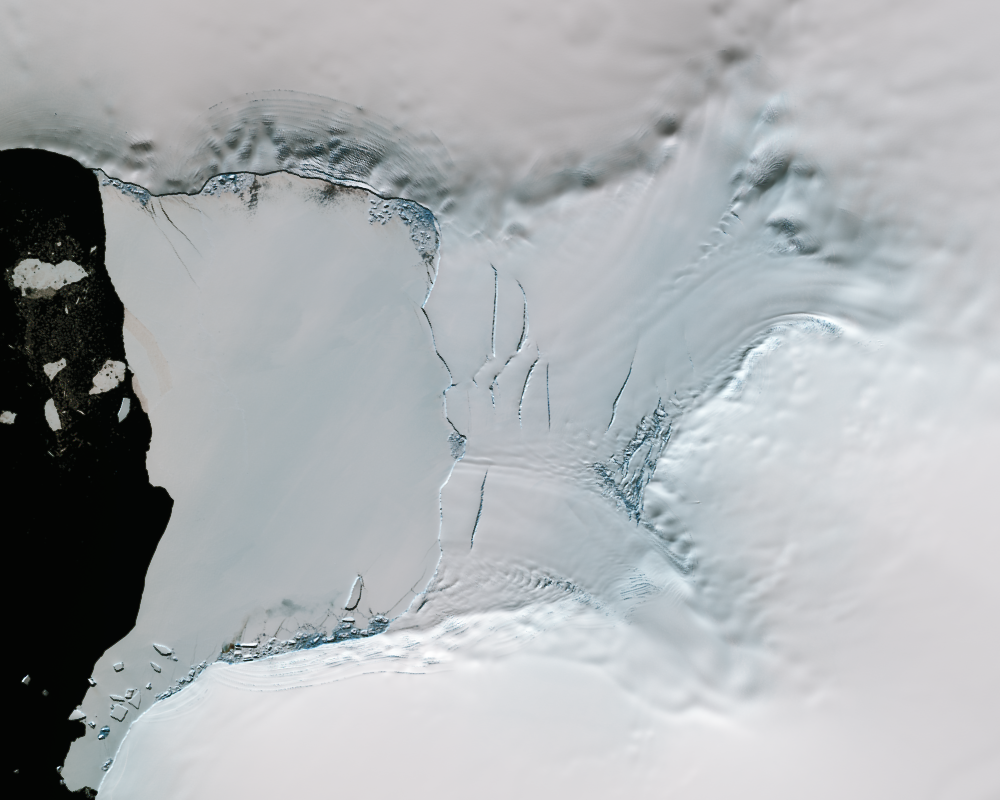 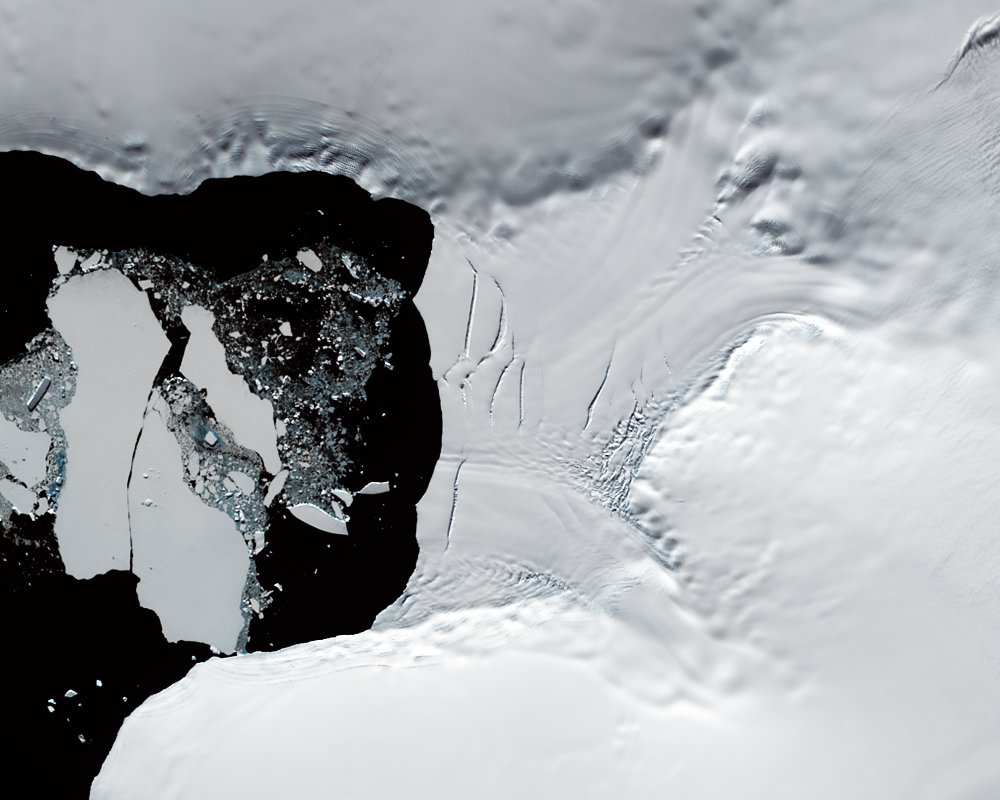 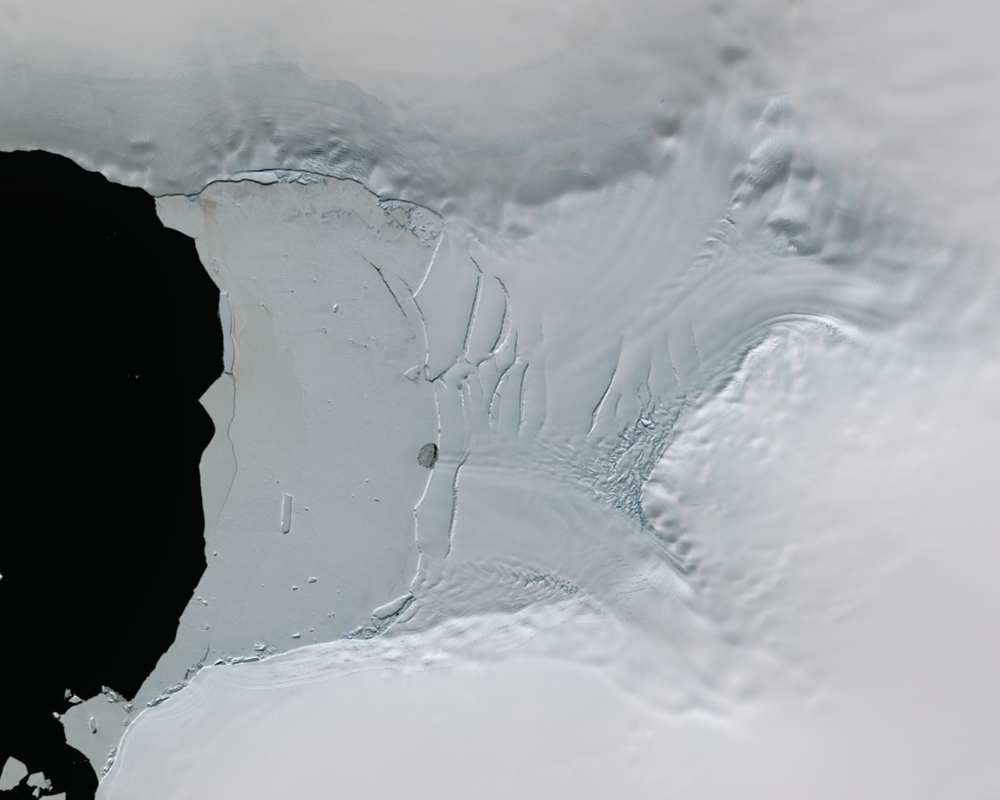 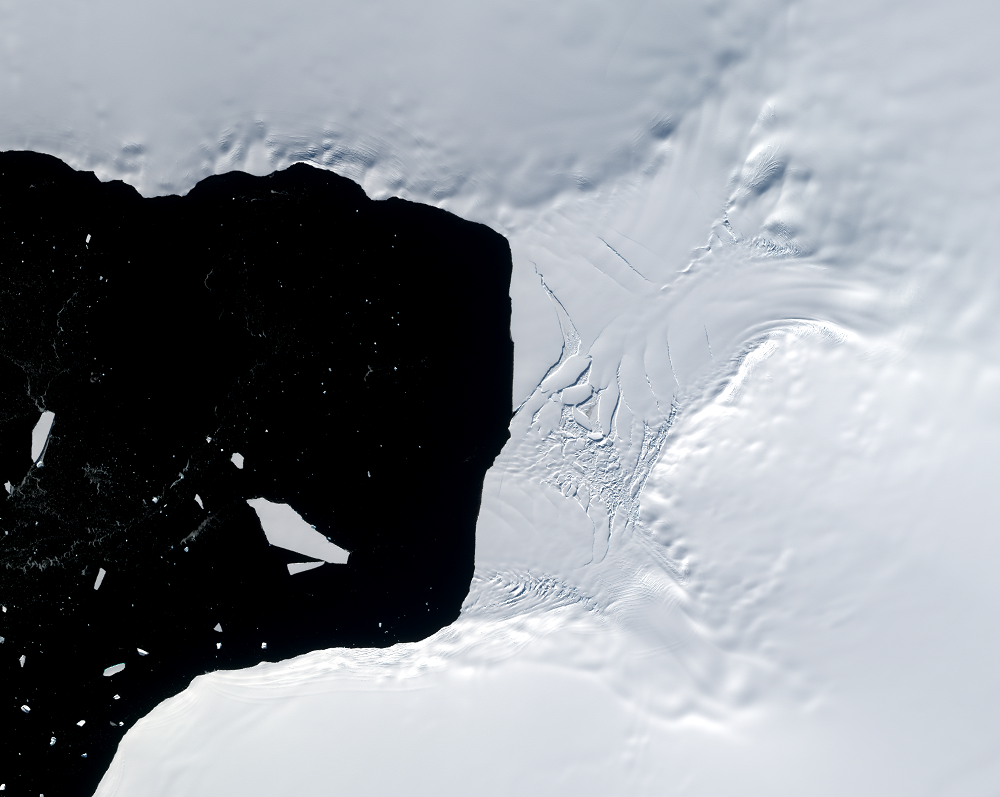 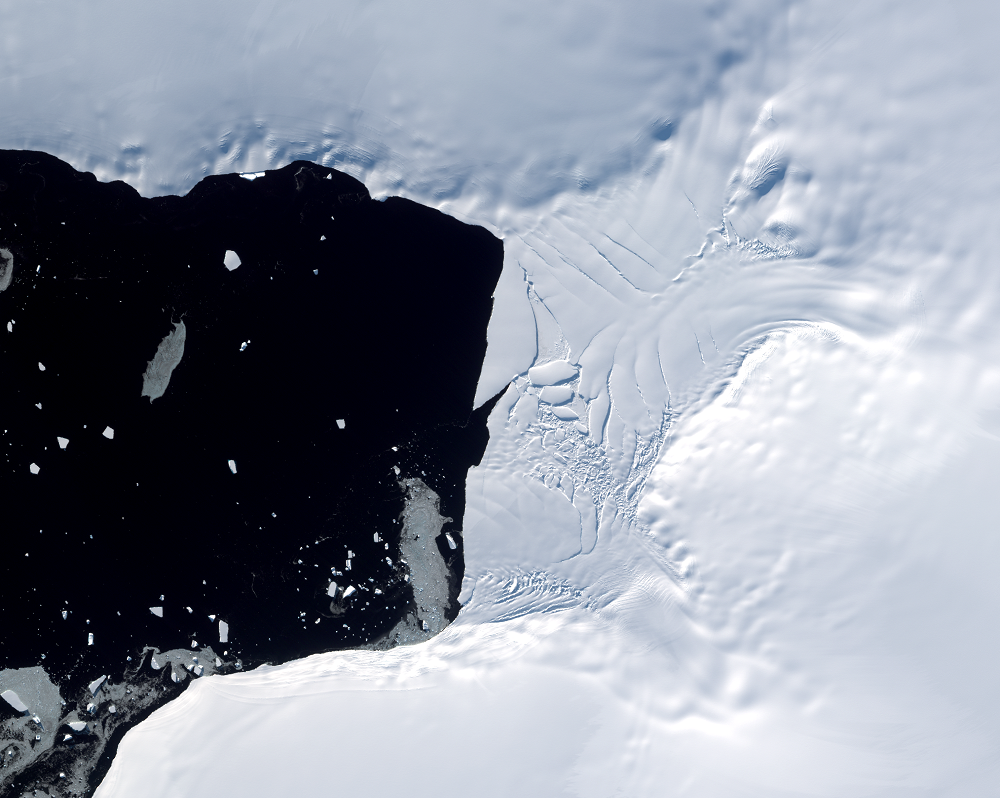