In the lower right corner of the main images, you can see Nicaragua’s San Cristóbal volcano, which shows some activity in two of the images. Ash can be seen in the 1987 and 2000 images thinly streaming from the summit. San Cristóbal is Nicaragua’s highest volcano—its summit is 1,745 meters above sea level. Small to moderate eruptions have been reported since the 16th century.

You might also notice in the 2000 image another active volcano. Telica is southeast of San Cristóbal. The ash streaming from its peak is evidence of its recent activity. 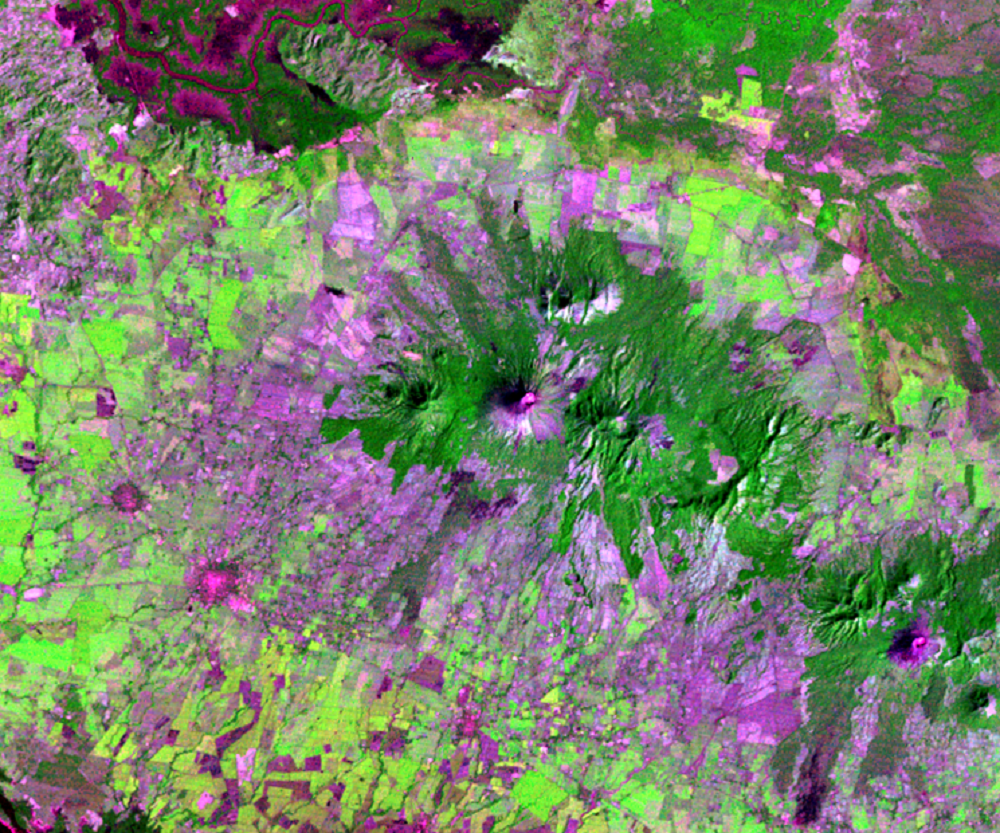 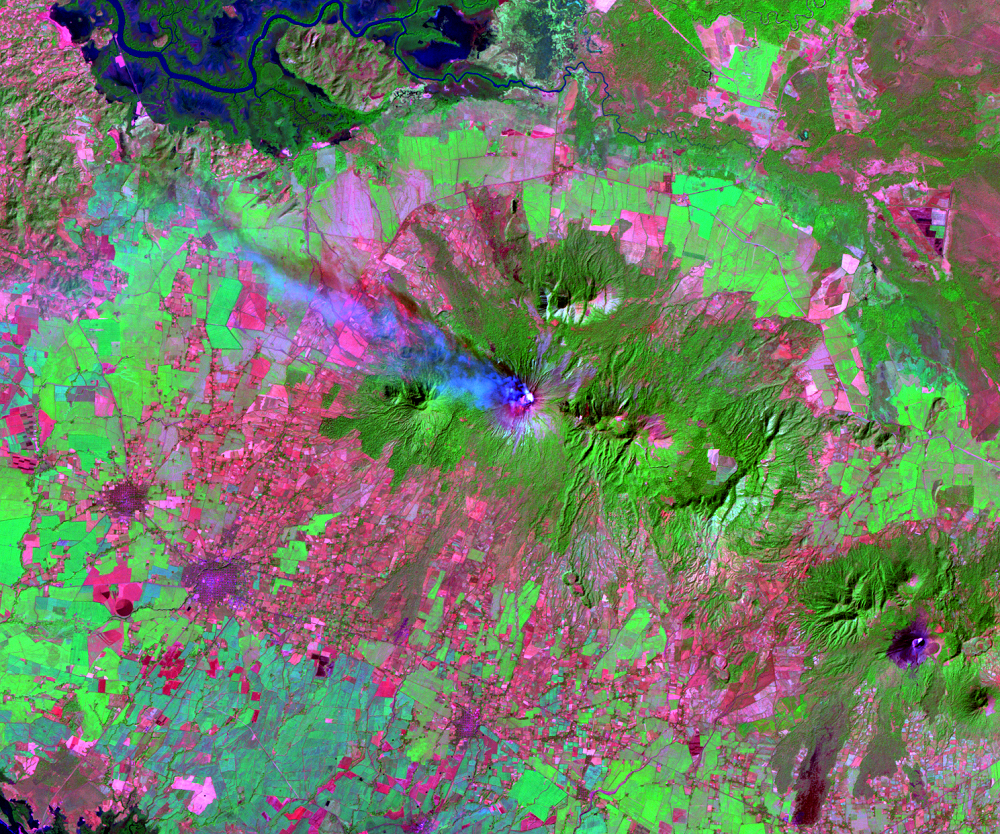 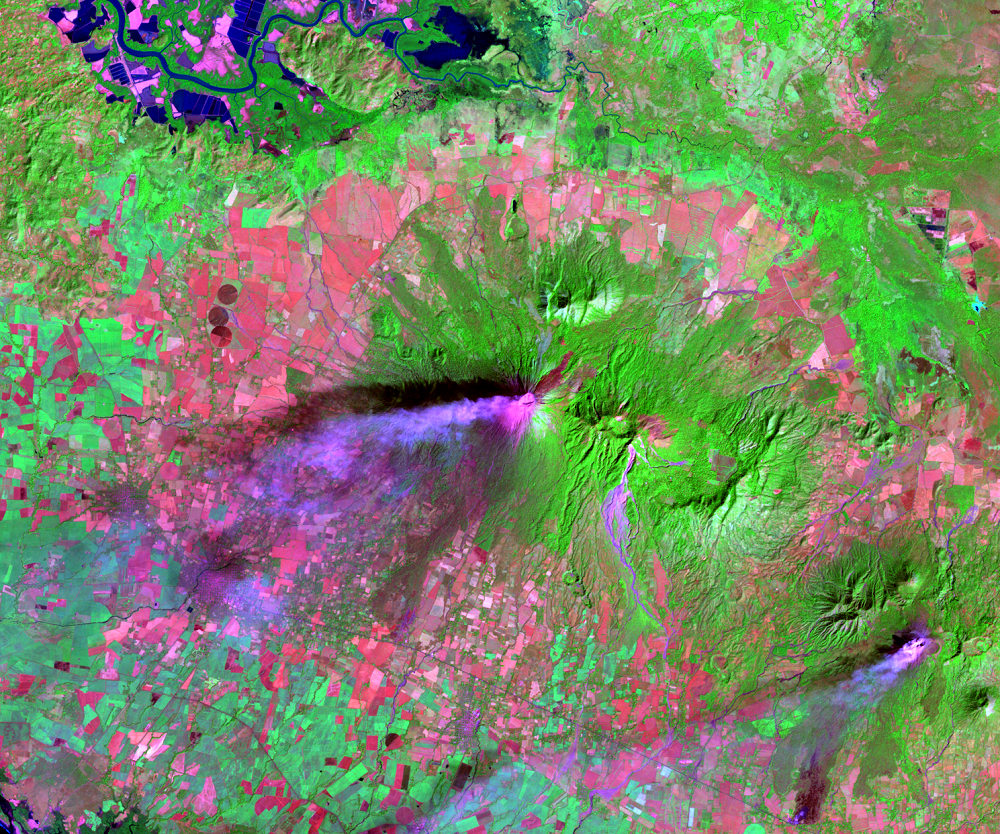 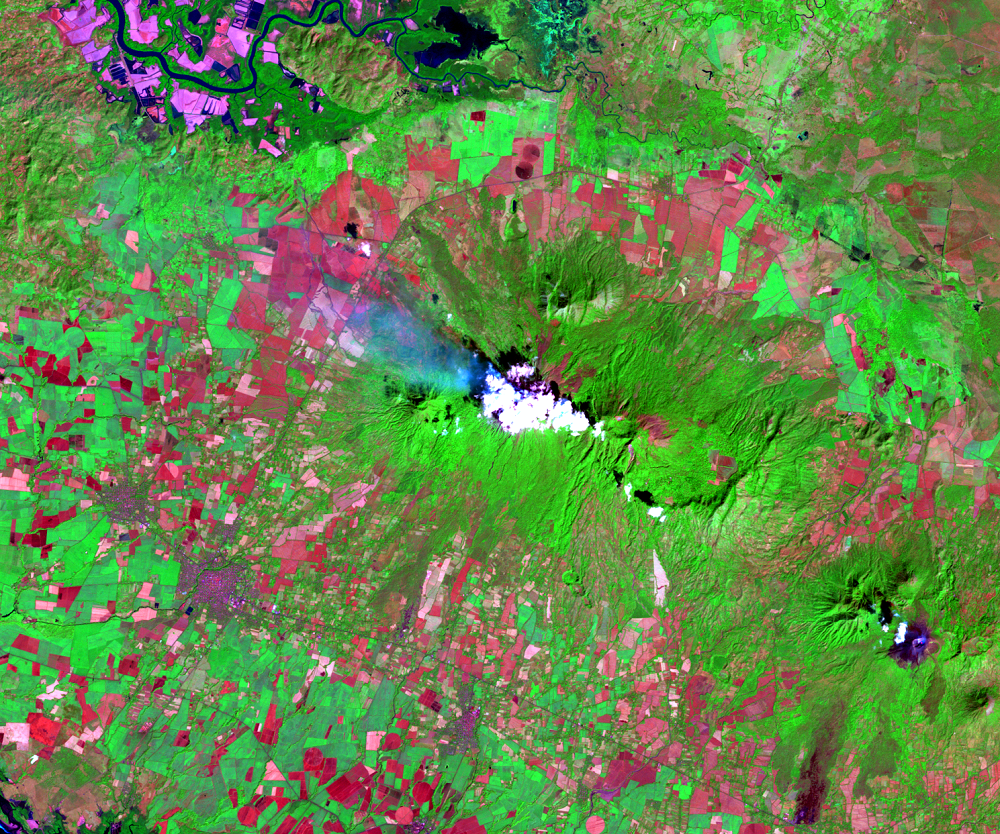 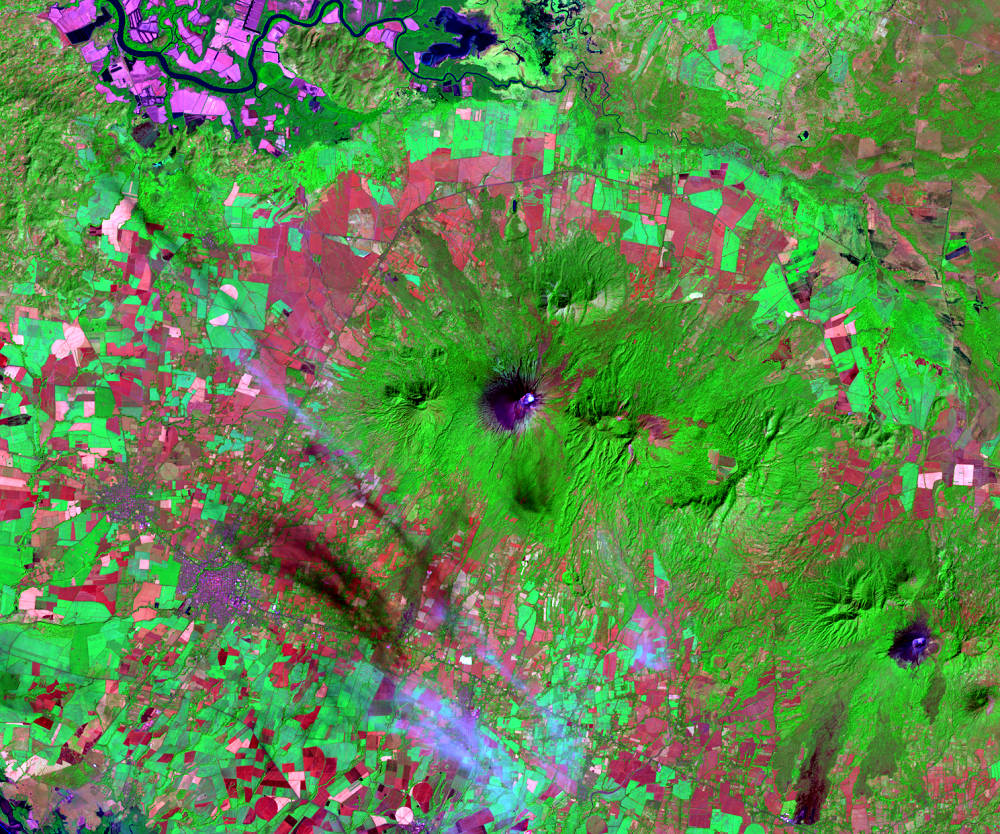 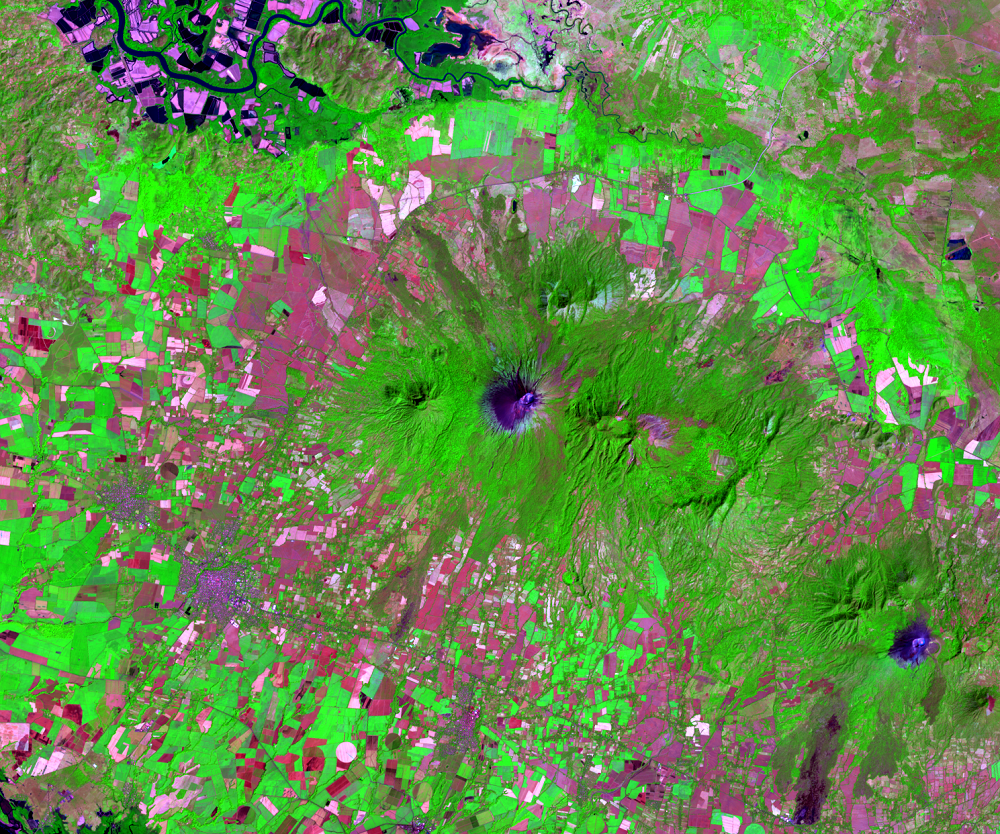 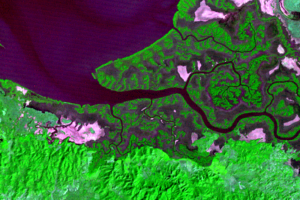 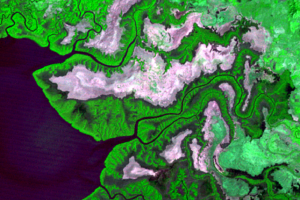 The area around the Gulf of Fonseca is ideal for shrimp farming. Shrimp thrive in the warm temperatures, and extensive salt flats provide the space ne...