Farther upstream, the San Juan River flows into the Colorado River. In these narrower upstream portions of the rivers, more exposed riverbed appears in the later images.

While the other series of images at this page do not show very much difference between the 2005 and 2018, upstream areas of the reservoir have shrunk or gotten much shallower. Follow the San Juan River upstream, and it becomes less dark in 2015. Shallower water has more sediment and that appears lighter. 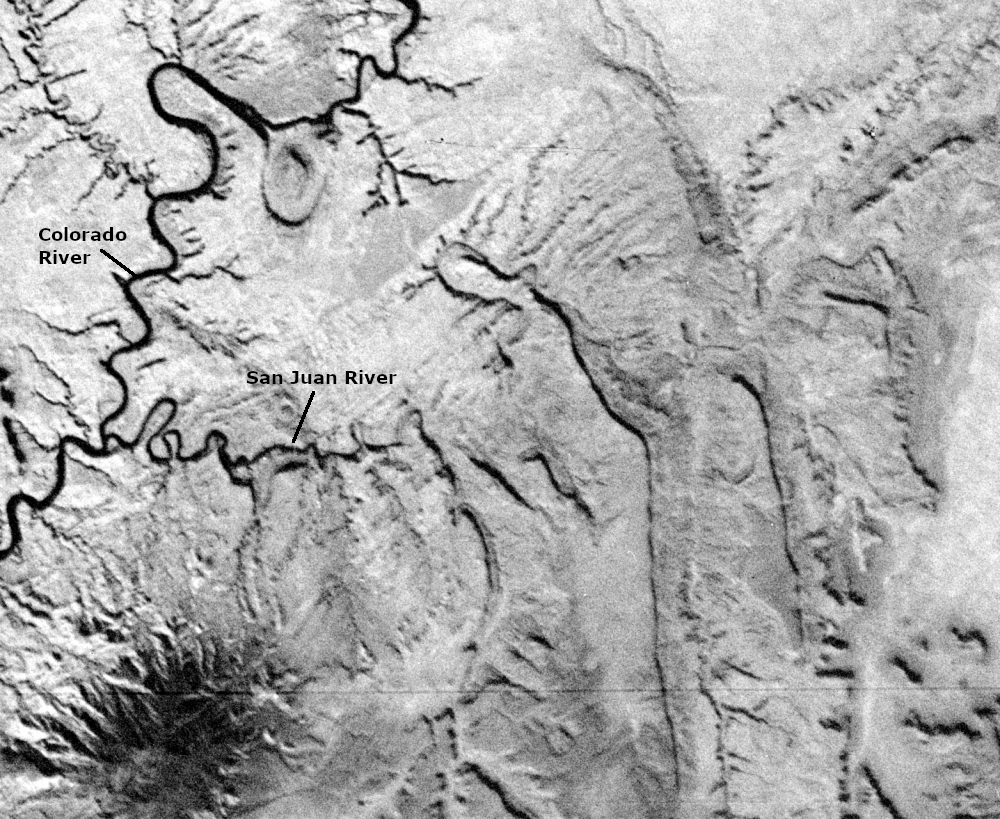 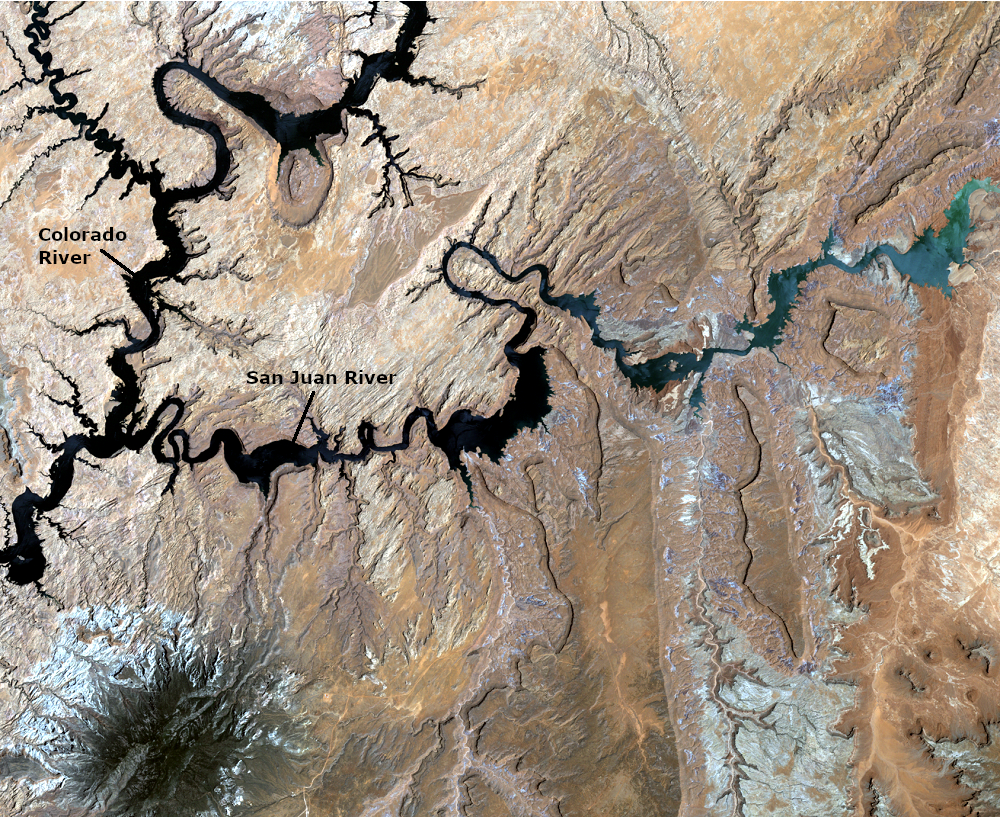 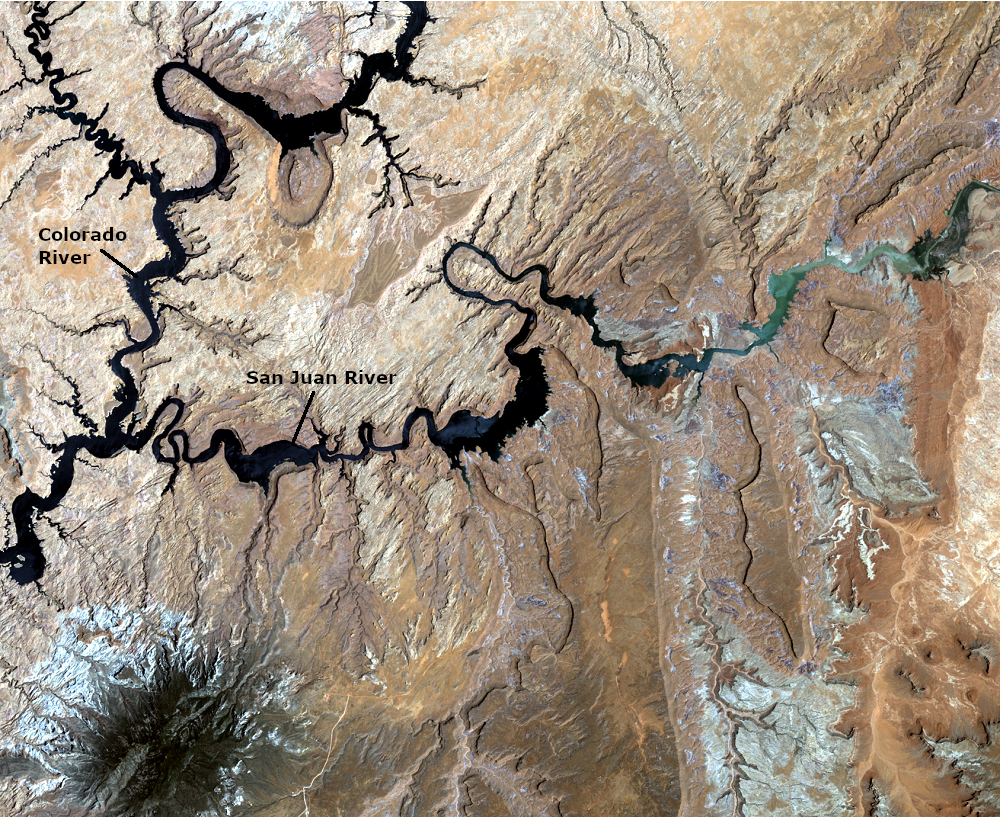 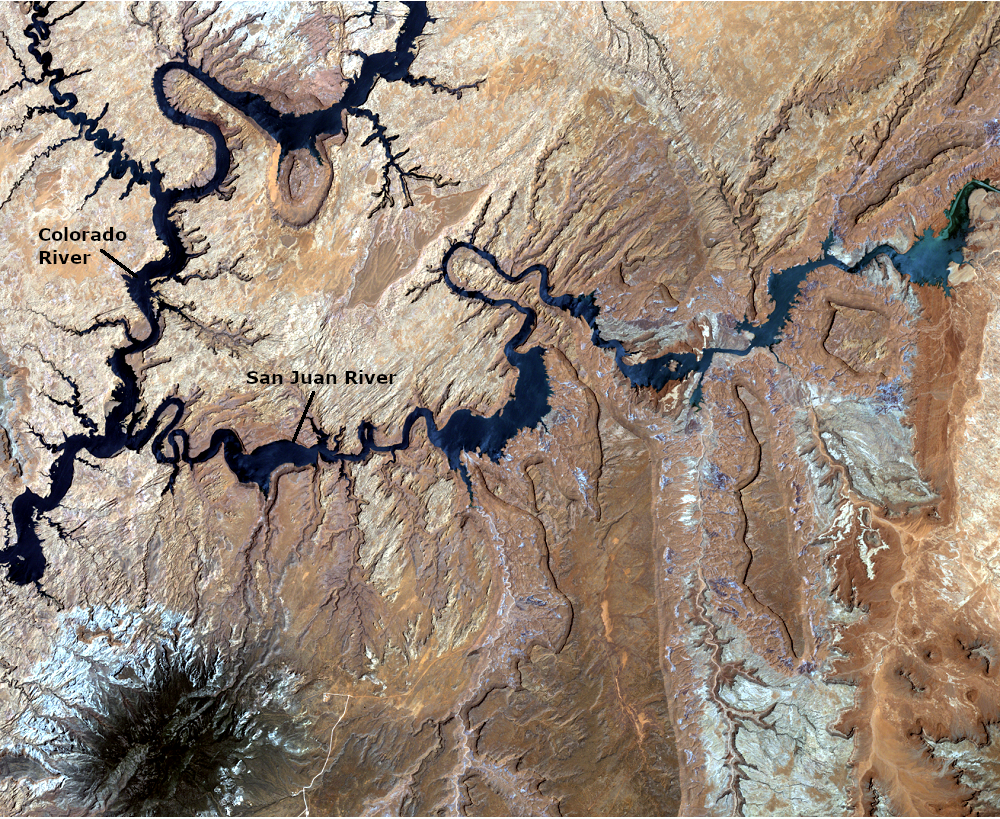 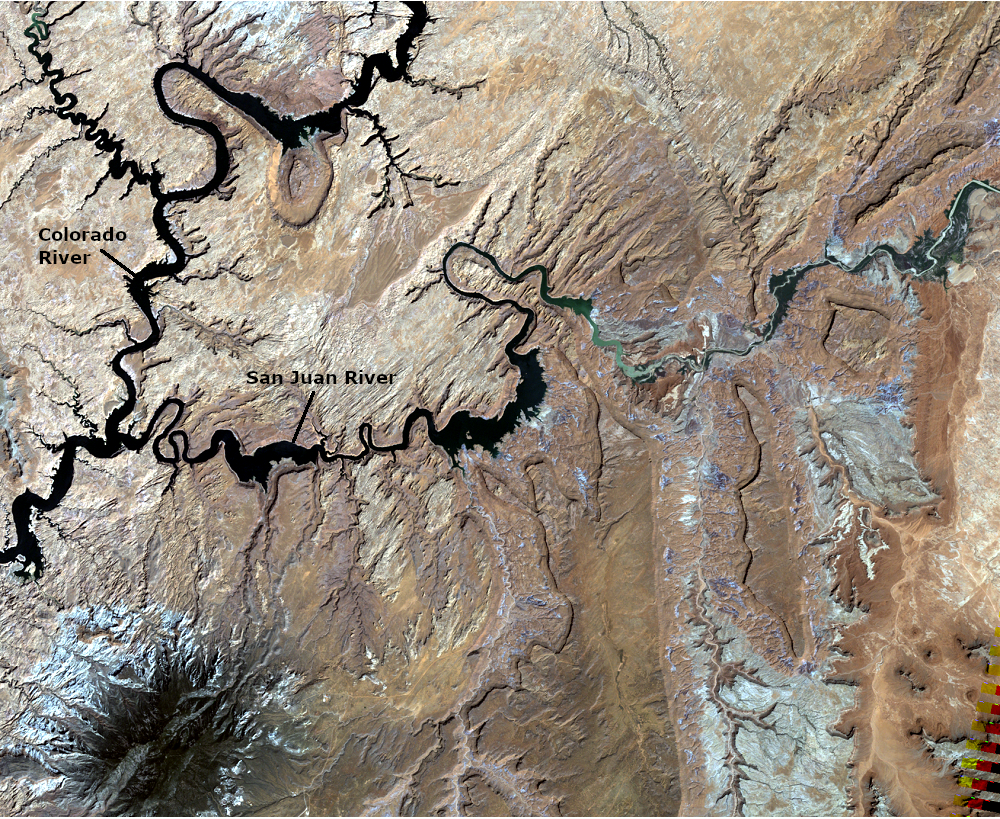 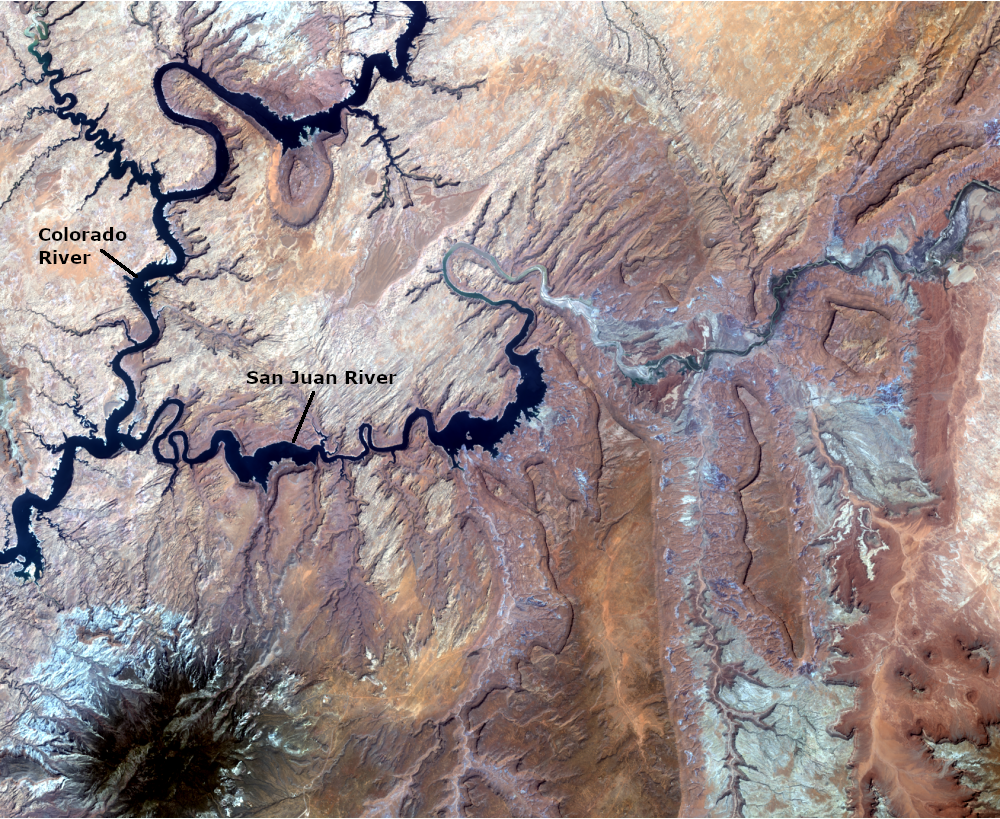 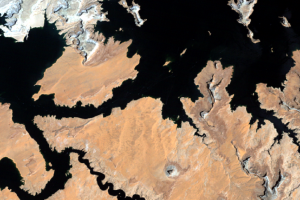 Comparing the 1984 (high water level) and 2005 (low water level) images, there is a pale outline along many parts of the lake. When the water level dr... 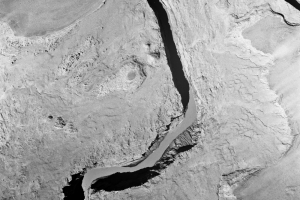 Glen Canyon Dam near Page, Arizona, creates Lake Powell. The 710-foot-high dam was completed on September 13, 1963, about 9 years before the first cle... 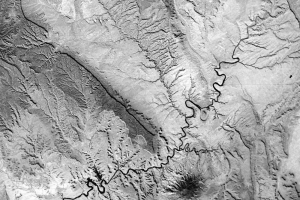 Drought combined with water withdrawals has caused a drop in the lake’s water level. The reservoir finished filling in 1980. The highest water level r...