Historical images from the USGS EROS archive show the changing cratered landscape. A 1952 aerial photo shows that nuclear testing had already begun. A declassified satellite image from 1965 shows a more heavily cratered landscape and reveals the largest of them.

A 104-kiloton nuclear device was detonated 635 feet underground on July 6, 1962. The explosion created a cavity that the surface soil collapsed into. The resulting crater, named Sedan crater, is 1,280 feet wide and 320 feet deep.

Sedan crater was not the result of a weapons test, but a part of Operation Plowshare, which explored the use of nuclear detonations for peaceful purposes. The idea was to use them in the construction of canals, harbors, quarries, or other projects requiring excavation. Sedan was the second and largest Plowshare experiment.

These tests went about as you would expect. A nuclear explosion could excavate a large amount of material pretty quickly, but the radiation left behind made it glaringly impractical. 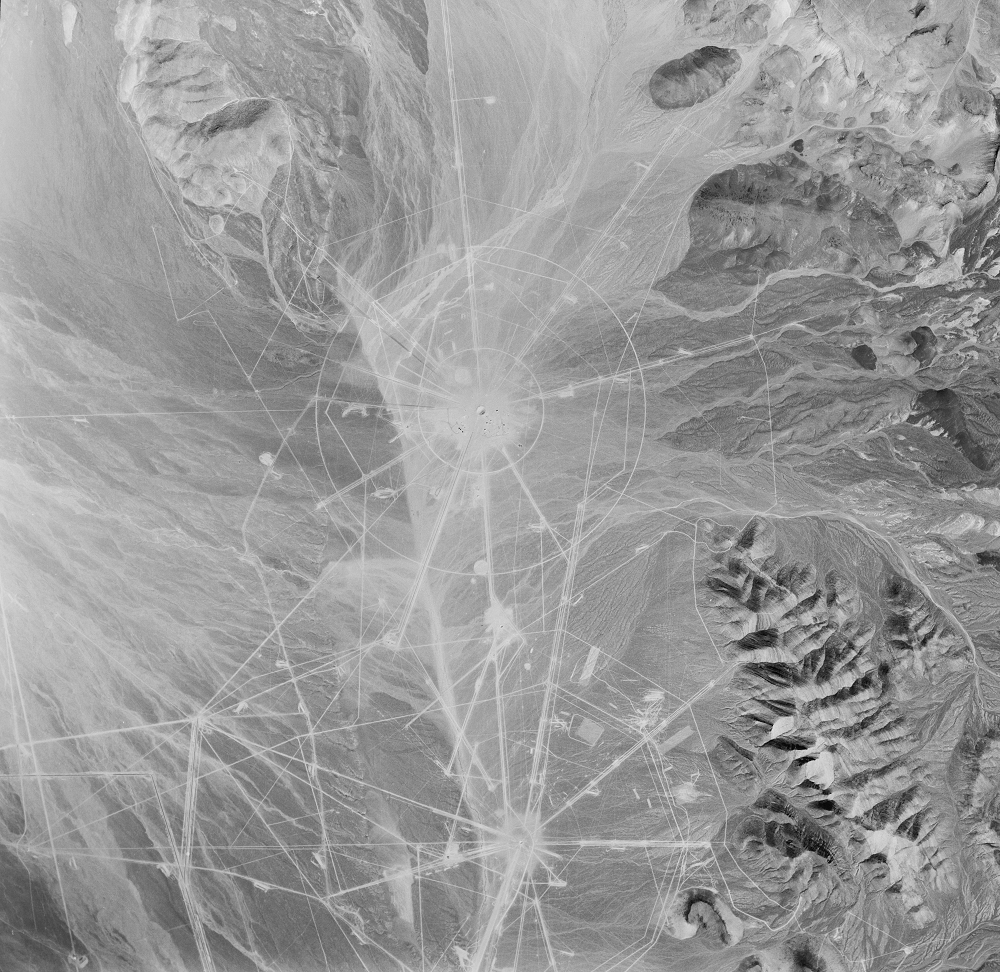 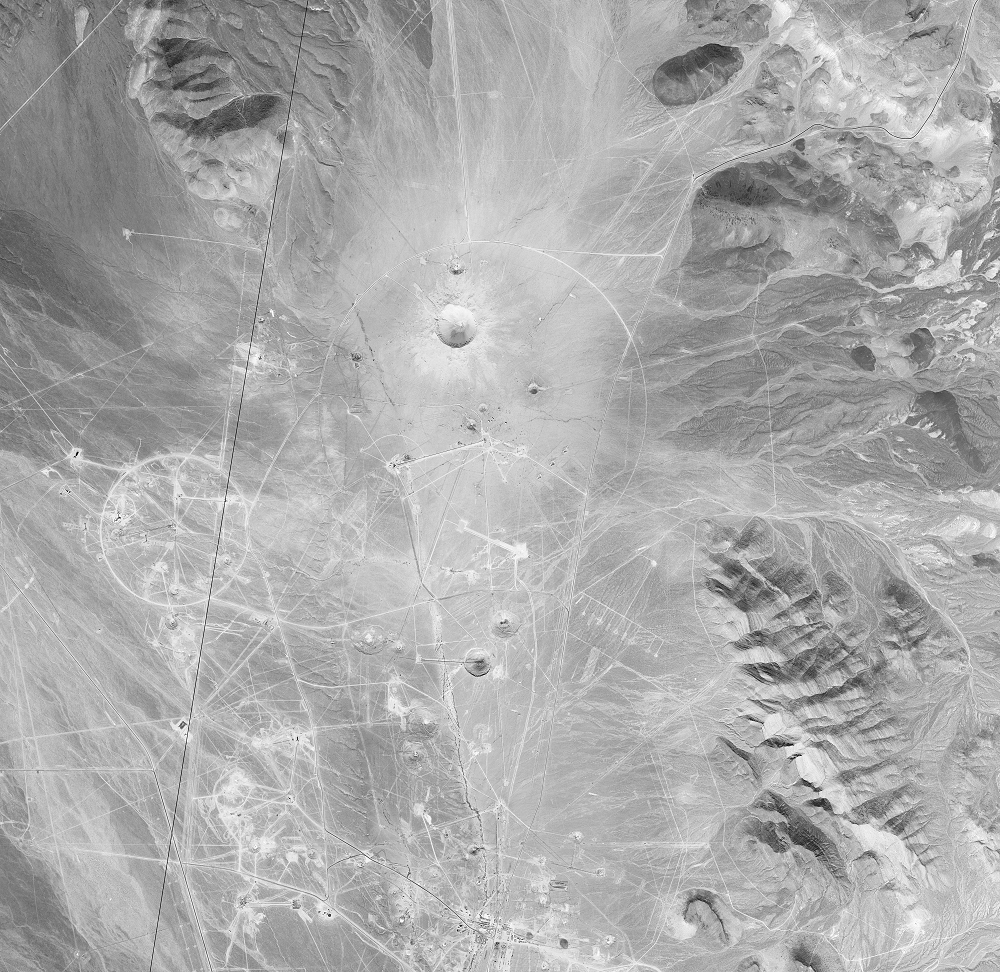 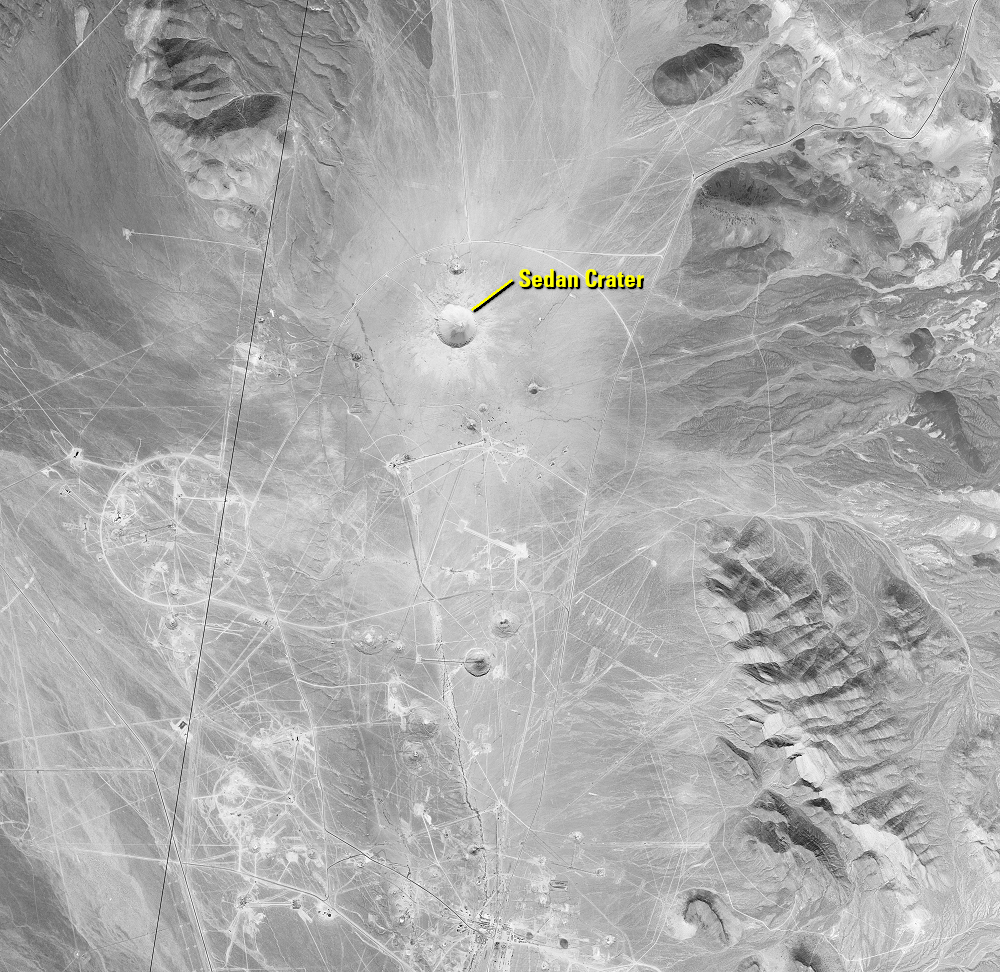 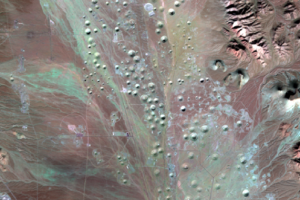