Southern Flevoland, the southernmost of the polders, was the last to be diked and drained. In 1964, the area was still covered with water. By 1973, it had been drained and the soil was being cultivated to make it suitable for commercial agriculture. The 1987 image shows Southern Flevoland covered with active farming, virtually indistinguishable from the neighboring farmlands.

The dike separating Markermeer from the rest of the IJsselmeer was complete by 1987. However, Markermeer was never drained and instead was left as a large basin of water and swirling silt.

In 2016, a new project began to build artificial islands to clean up Markermeer and restore wildlife habitat. The Marker Wadden Restoration Project aims to build 100 square kilometers of new land. It will include an archipelago with marshes and mudflats built from the lake’s accumulated sediment. The project will create habitat for cormorants, osprey, white-tailed eagle, European beaver, European otter, and other wildlife. 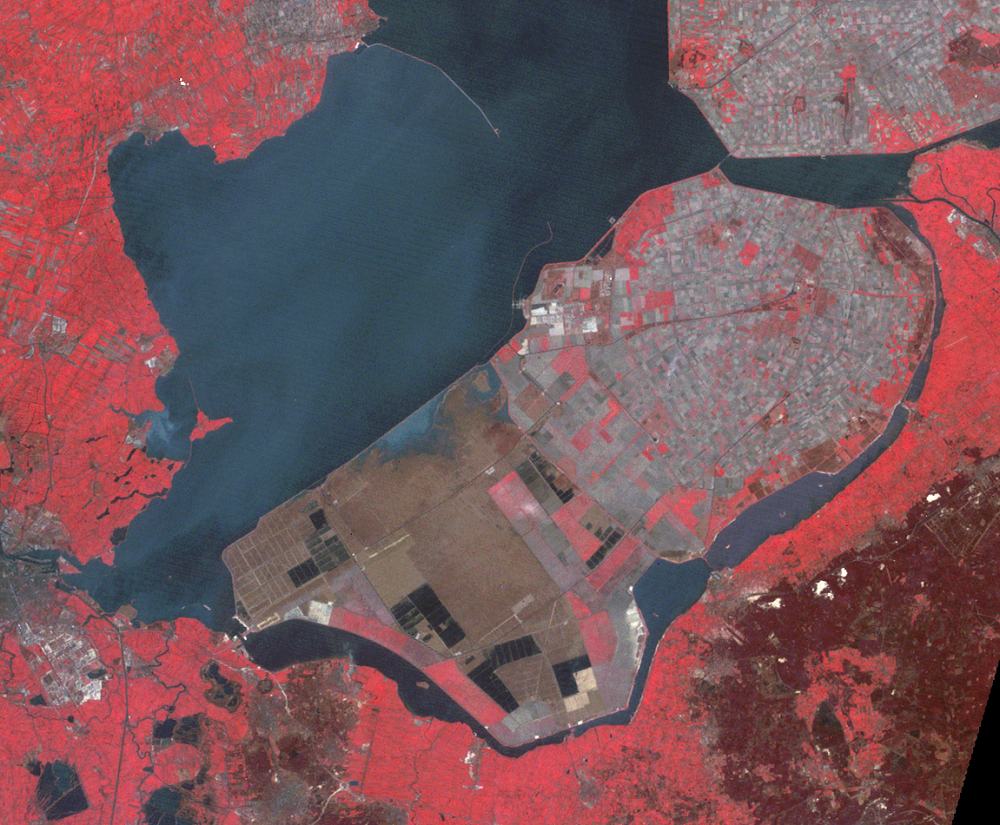 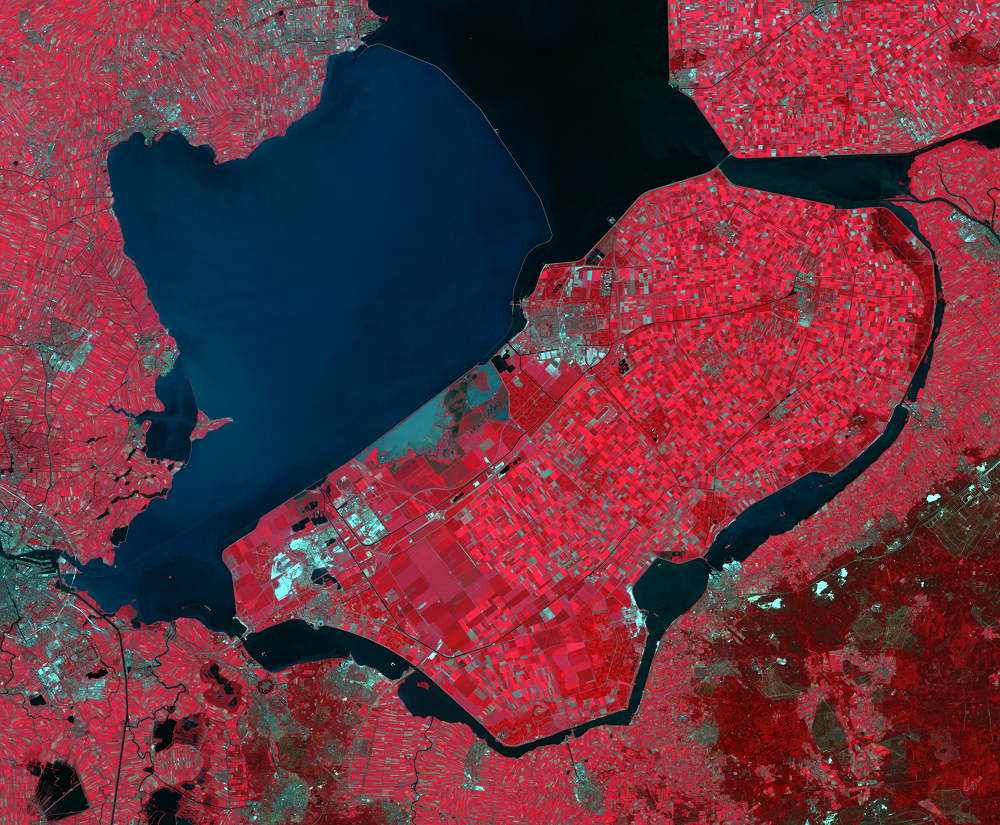 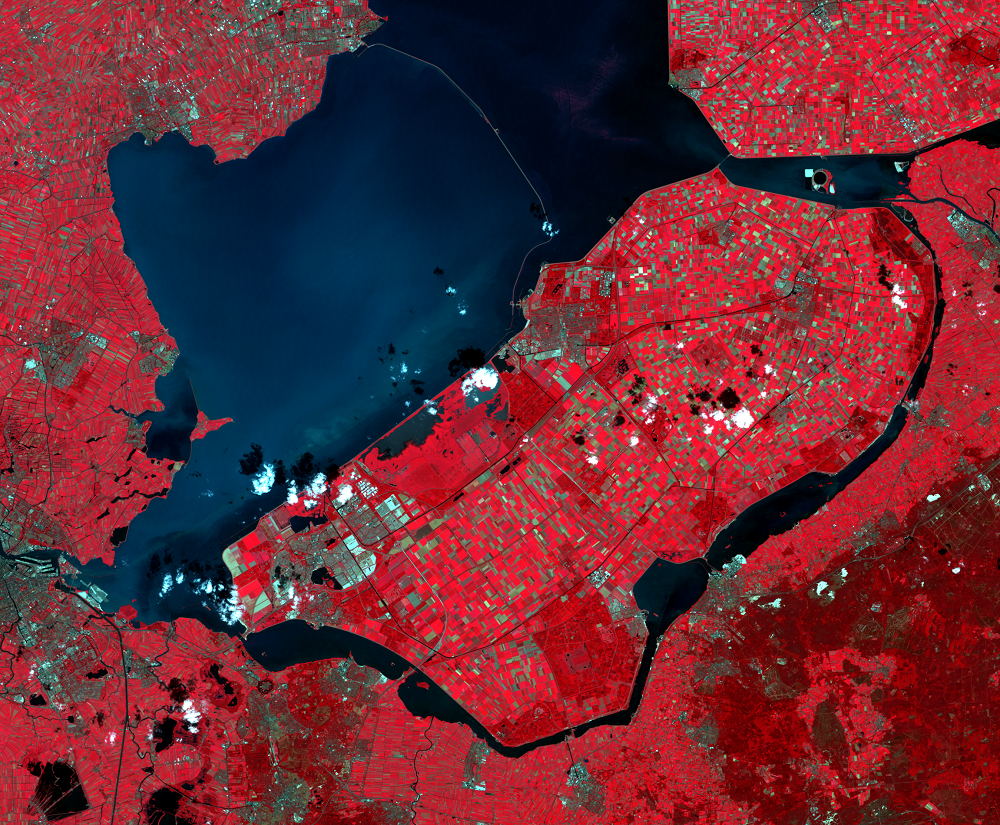 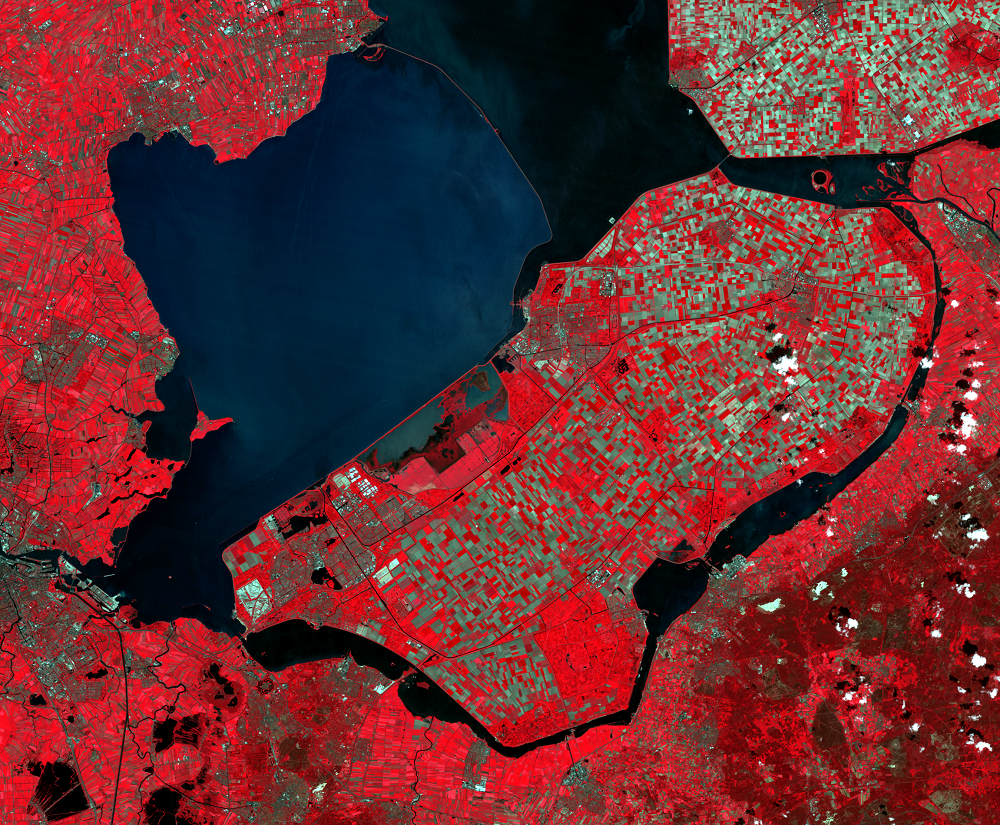 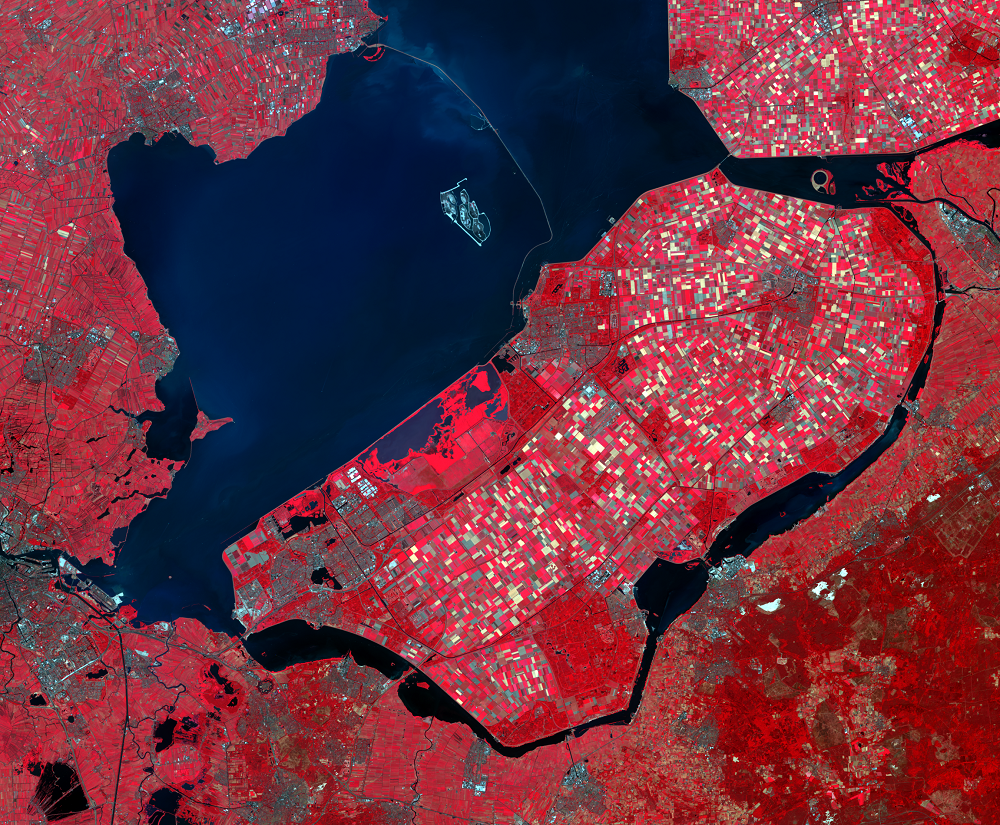 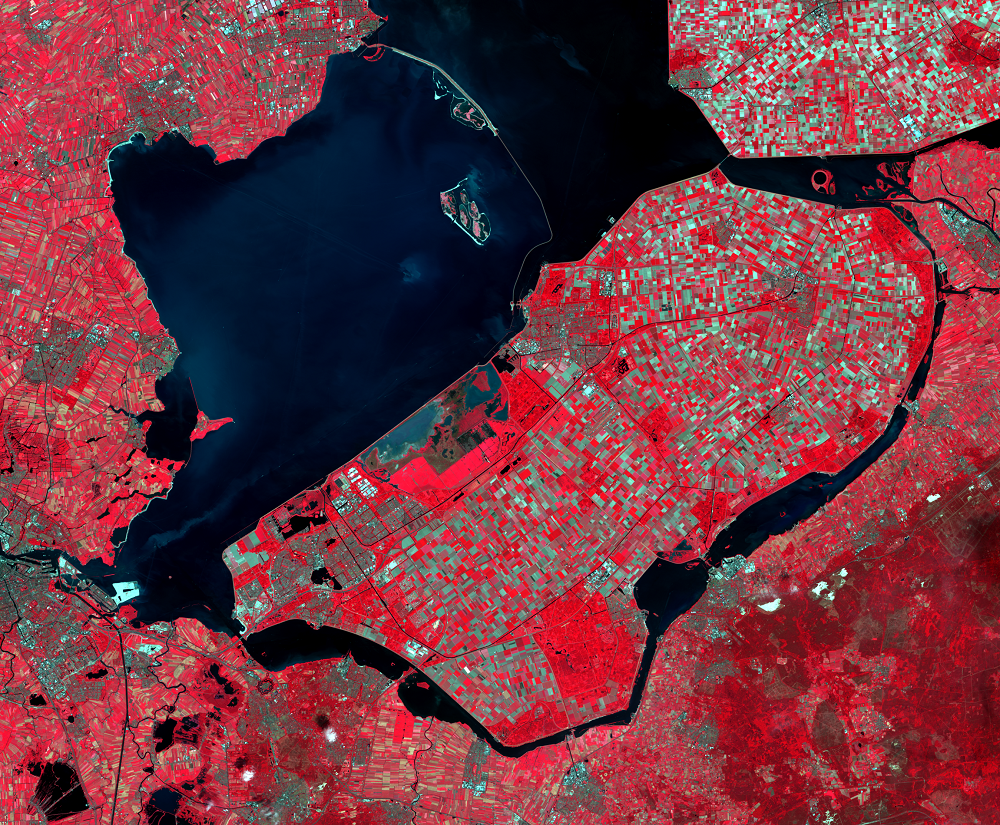 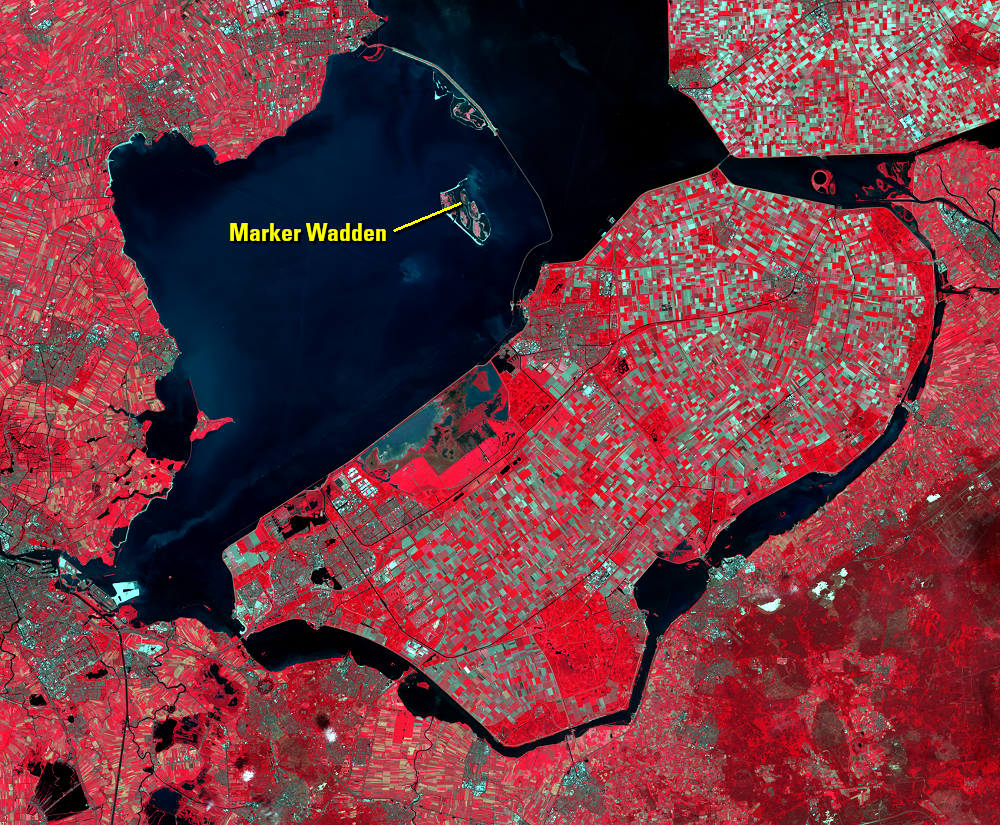 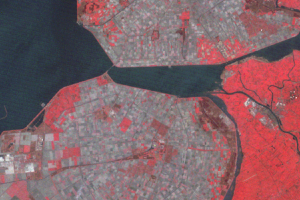 The narrow lake east of IJsselmeer is Lake Ketelmeer. The lake receives water from rivers that carry industrial pollutants from factories upstream. Th...