The Mississippi River Gulf Outlet (MRGO) was built in the 1950s and 1960s as a shorter shipping route from New Orleans to the Gulf of Mexico. The 76-mile (122-kilometer) ship channel runs from northwest to southeast across these images. MRGO was one of the first levees to fail and flooded the neighborhoods visible in the upper left of the images. Sections of the MRGO levees crumbled early in the morning of August 29.

Notice how MRGO and other levees to the north form a < shape. Floodwaters from the Katrina storm surge funneled along this route and into the city. A short time later, a second line of levees meant to protect St. Bernard Parish failed and floodwaters quickly filled those neighborhoods.

The funnel effect amplified the storm surge by 20 to 40 percent. The resulting catastrophic flooding hit St. Bernard Parish and the Lower 9th Ward of New Orleans. 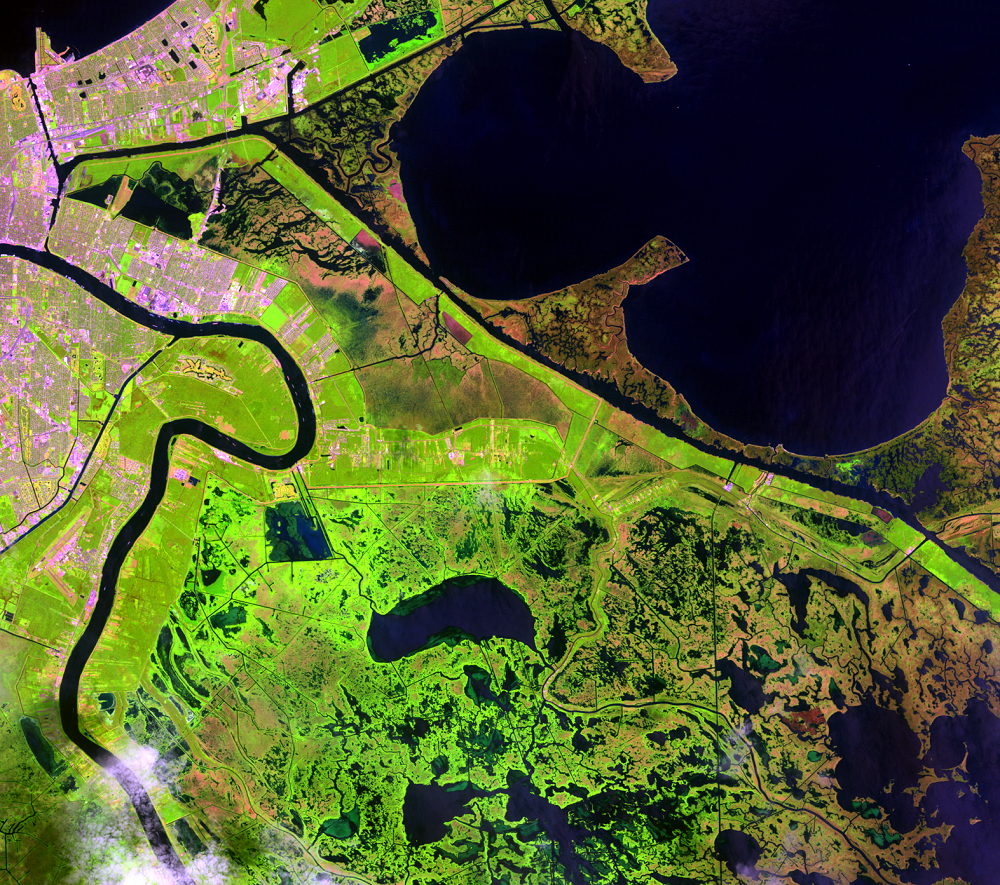 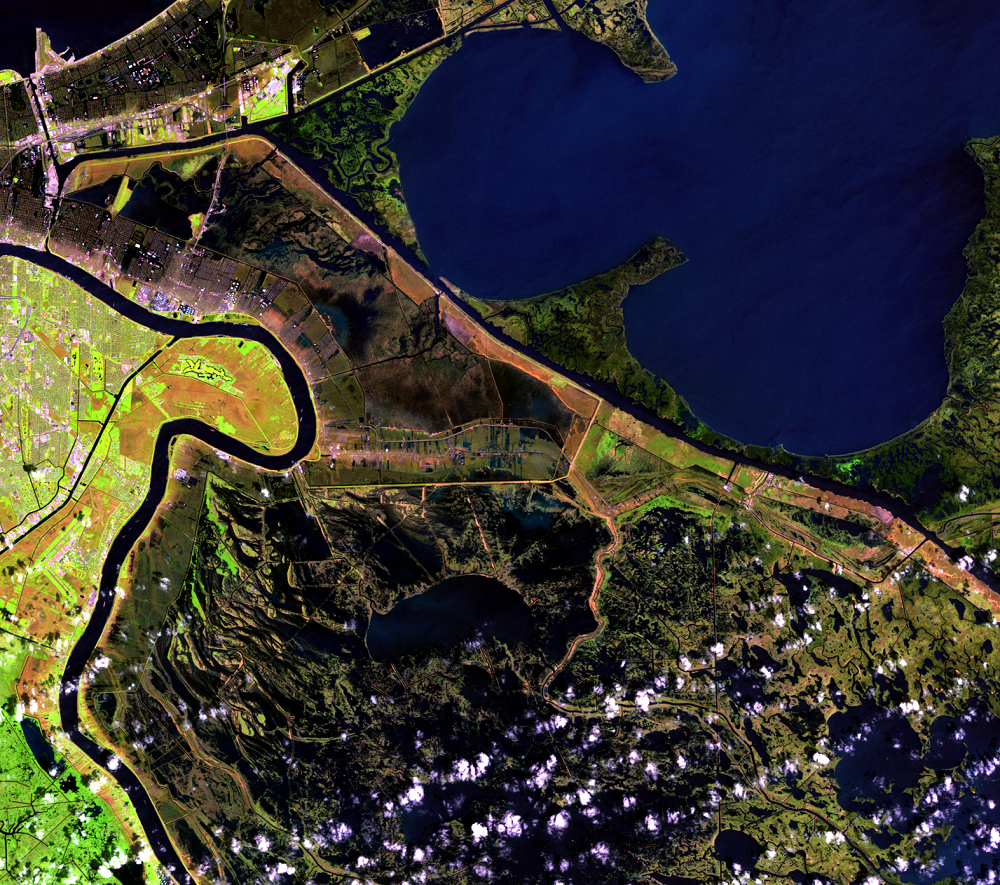 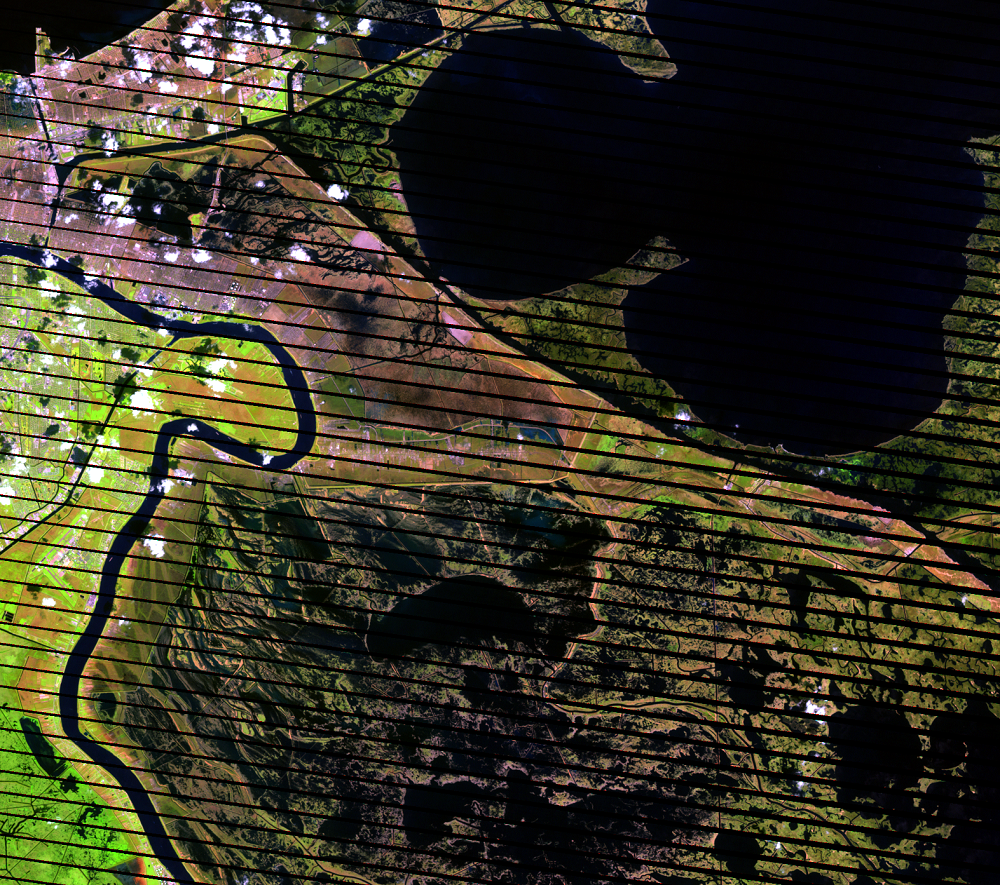 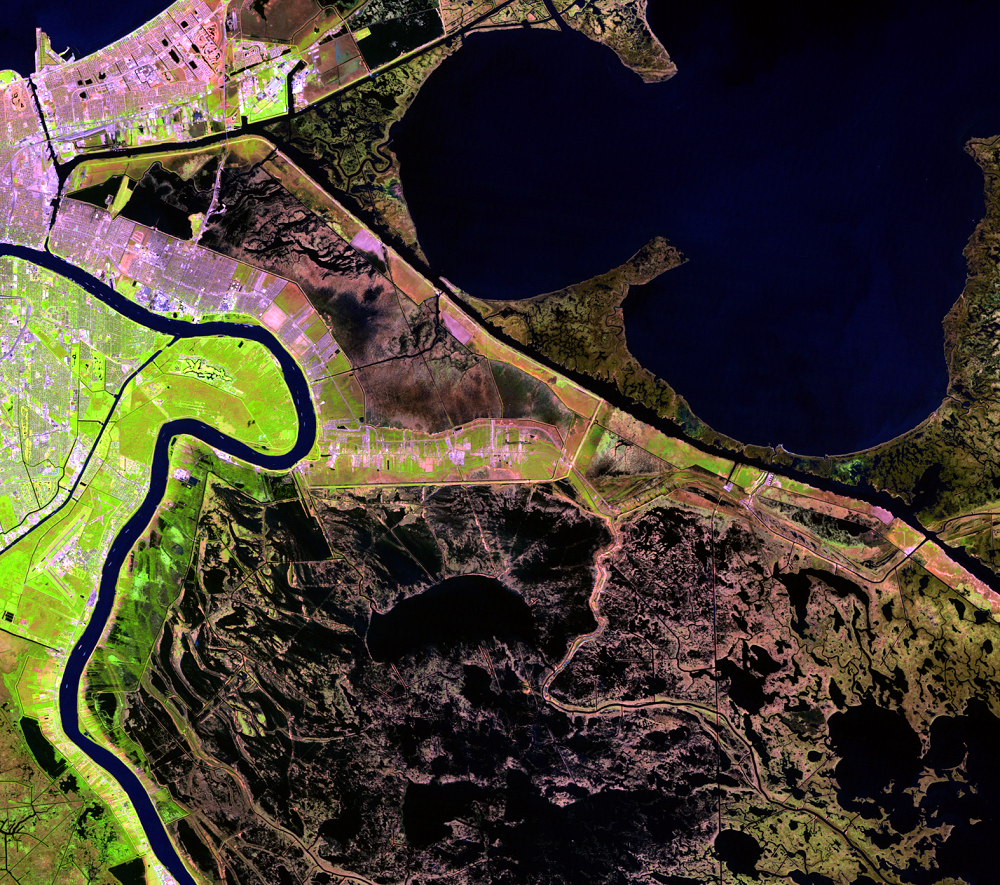 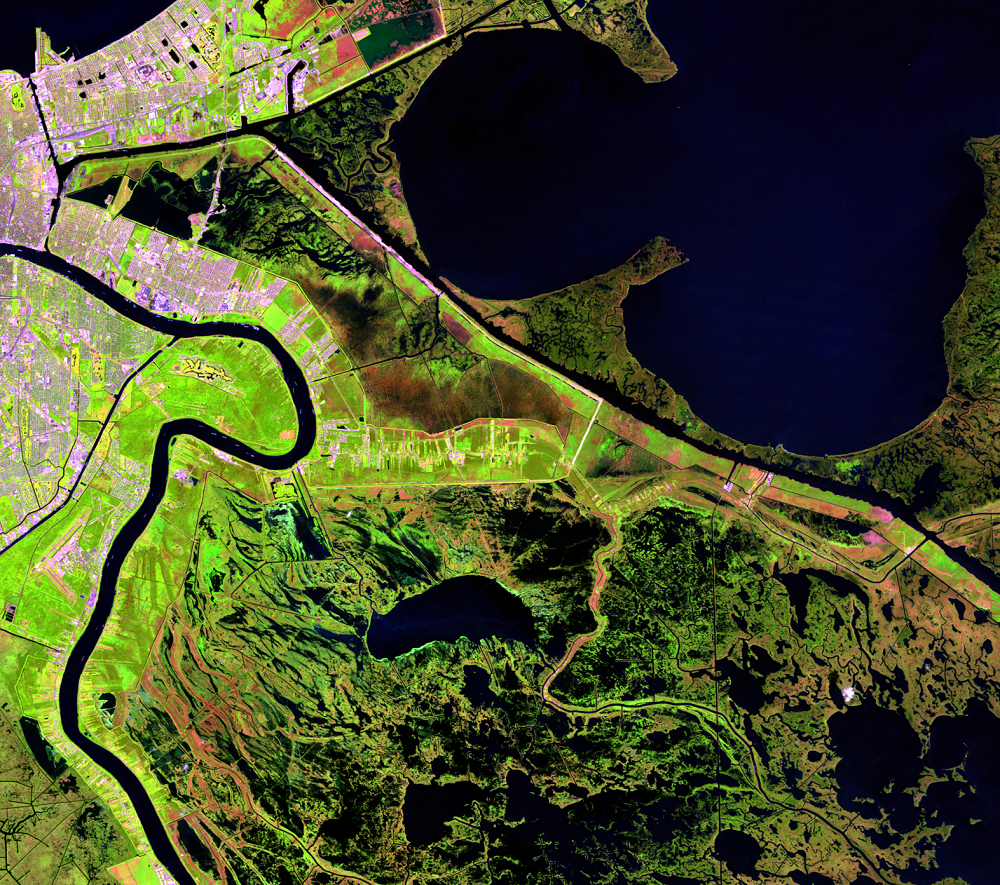 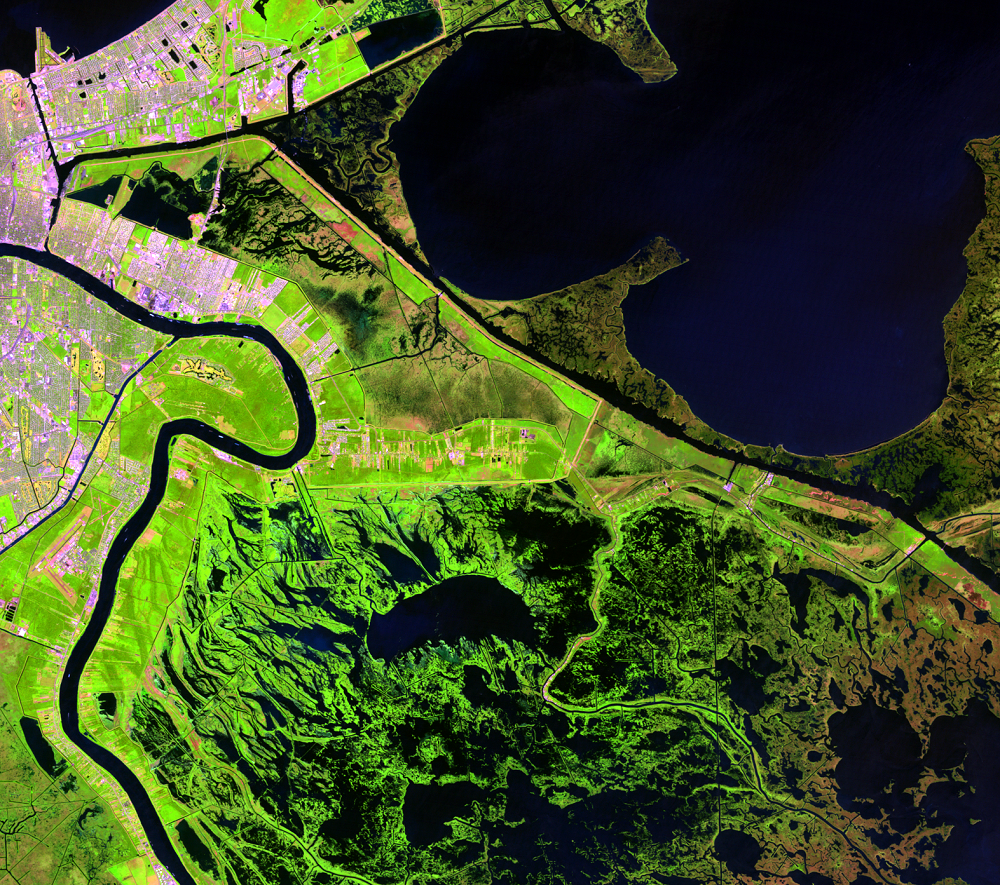 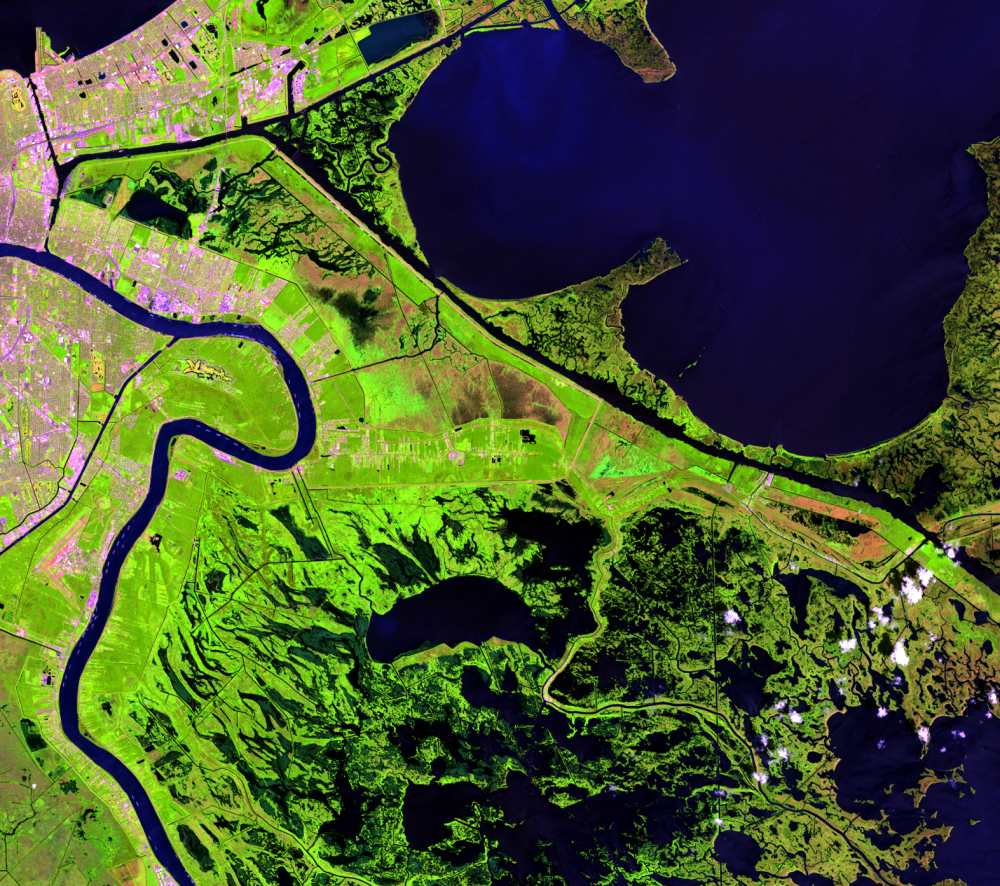 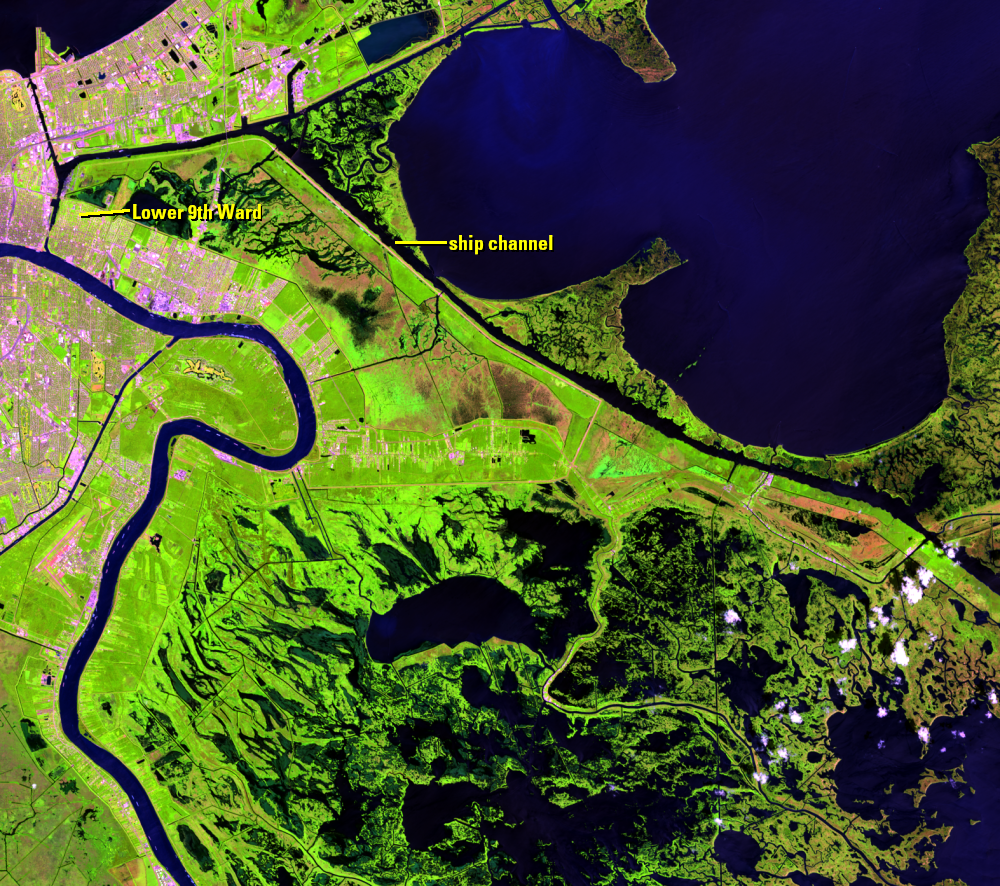 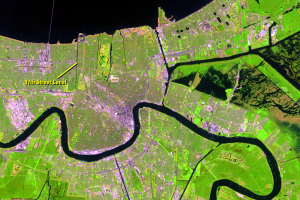 Lake Pontchartrain covers the northern part of these Landsat images. The curvy dark line is the Mississippi River as it meanders past New Orleans. The...