Ocean currents, and the sediments they transport, have constantly shifted the Cape Cod barrier islands over time. Some of the abrupt changes, however, can be linked directly to a storm.

For example, a nor’easter in January 1987 cut a new inlet through North Beach and formed South Beach Island. South Beach connected to the mainland by 1993. Throughout the rest of the 1990s and early 2000s, South Beach reached southward toward South Monomoy and eventually connected to it.

In 2007, a nor’easter cut another new inlet through North Beach. This storm also wiped out several beach houses. Another abrupt change happened in February 2013 when a storm cut a new inlet through South Beach.

All of these changes can be seen in the Landsat image that corresponds to the year in which the storm occurred. 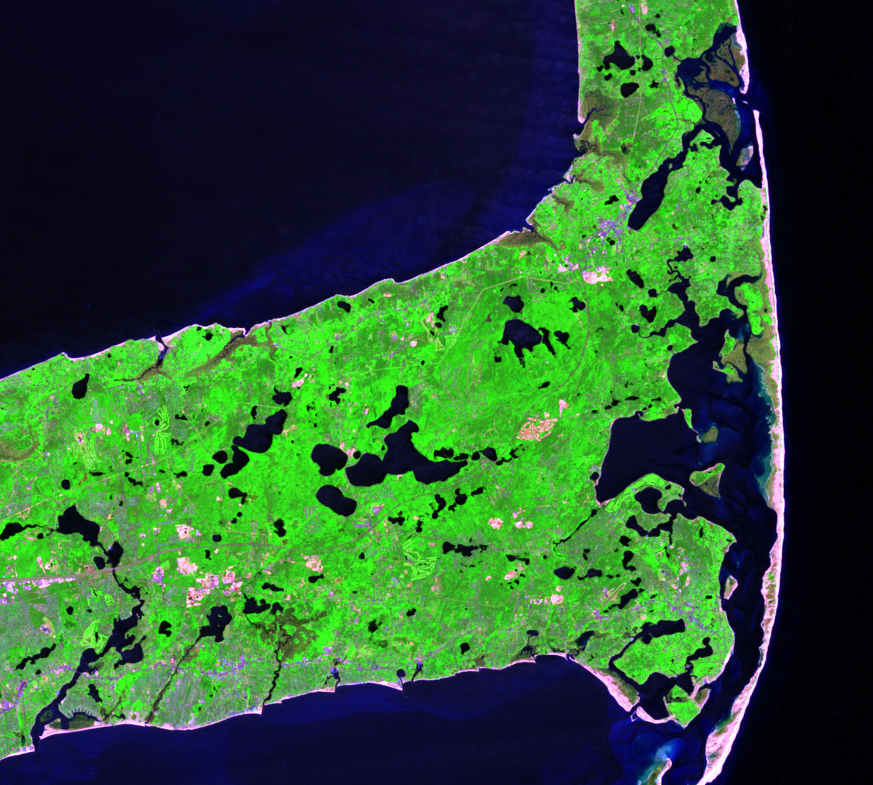 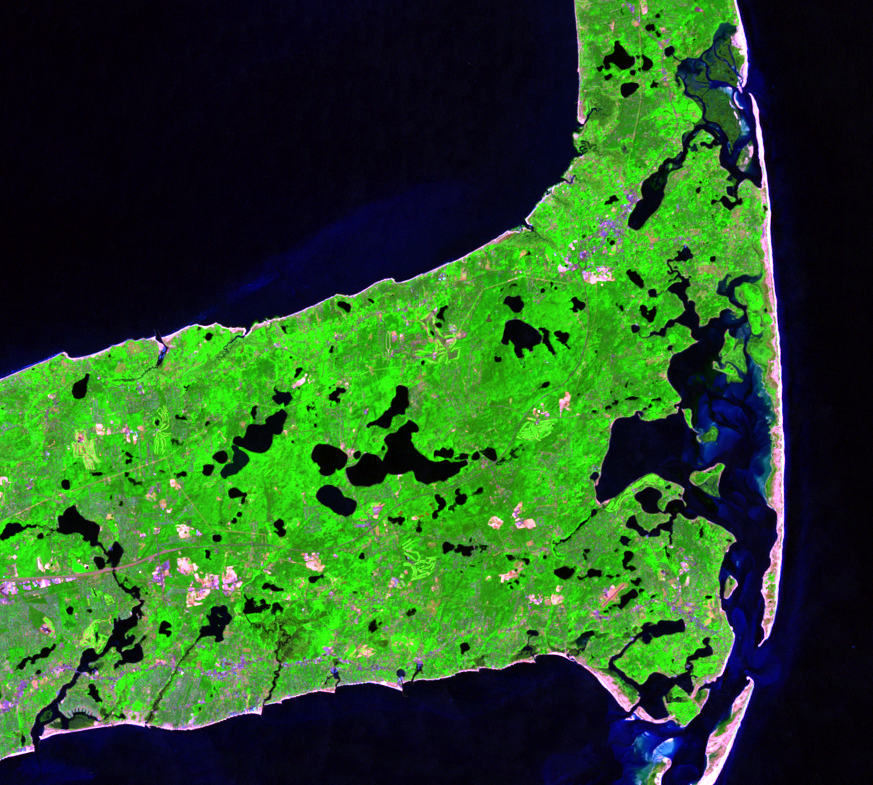 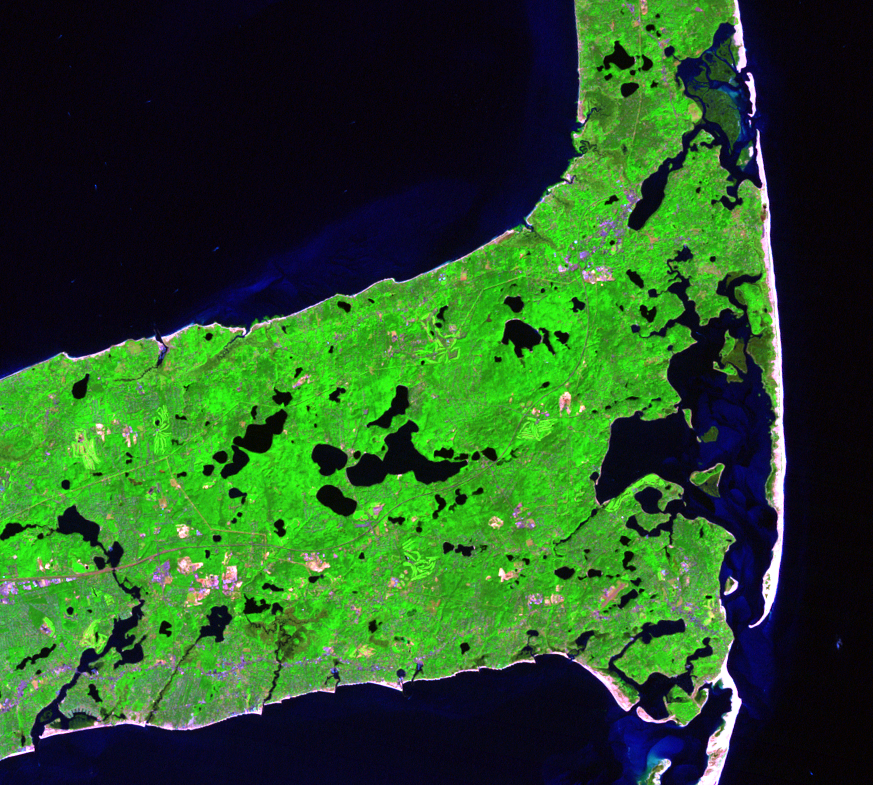 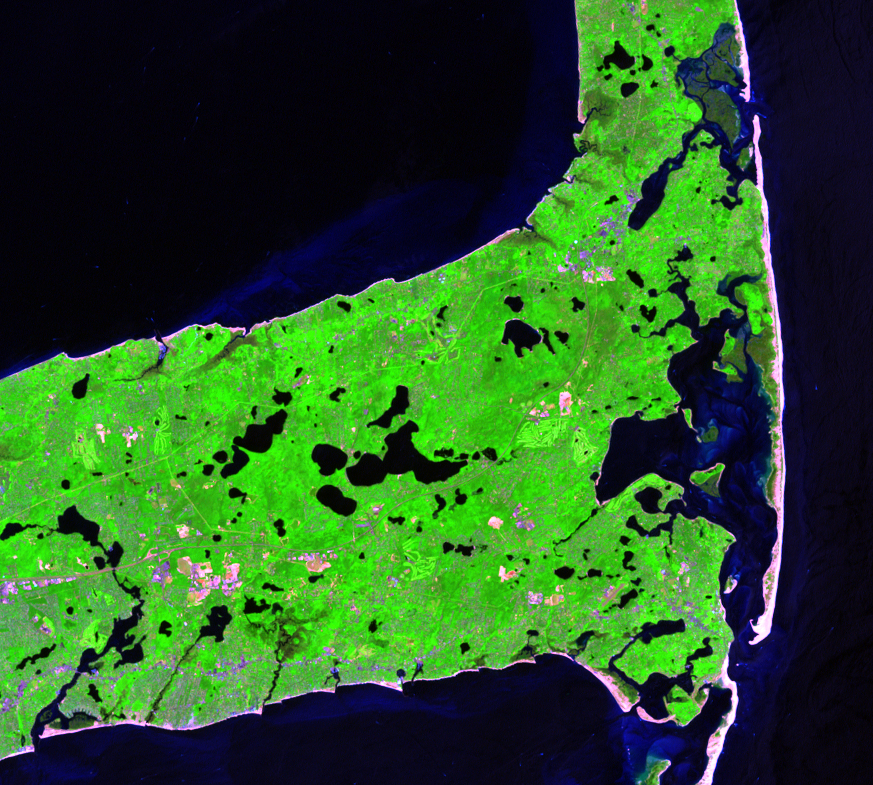 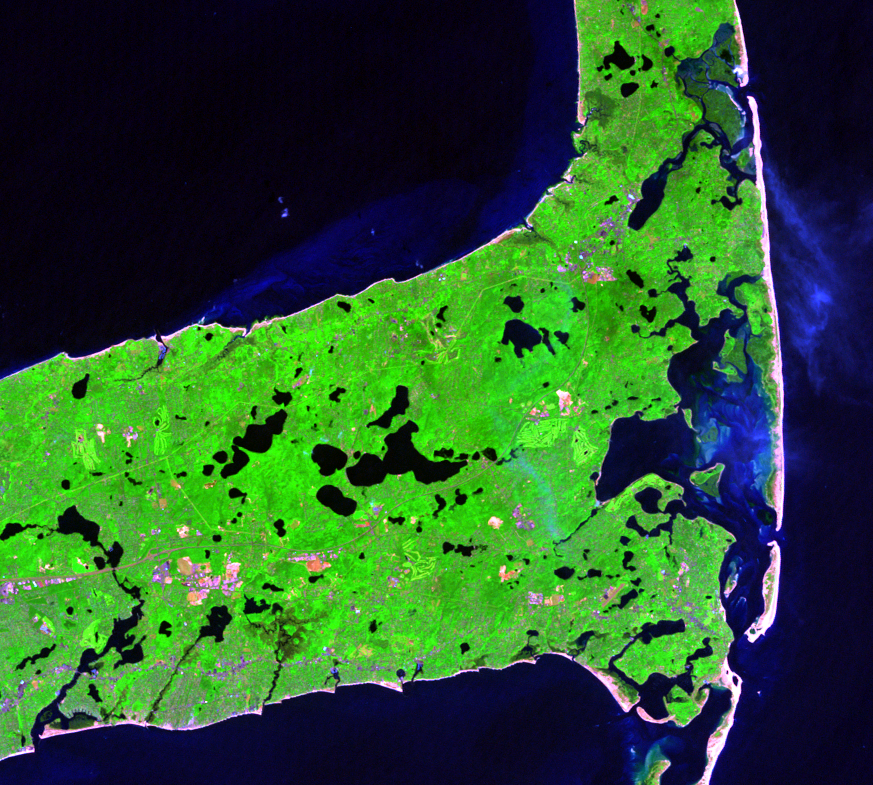 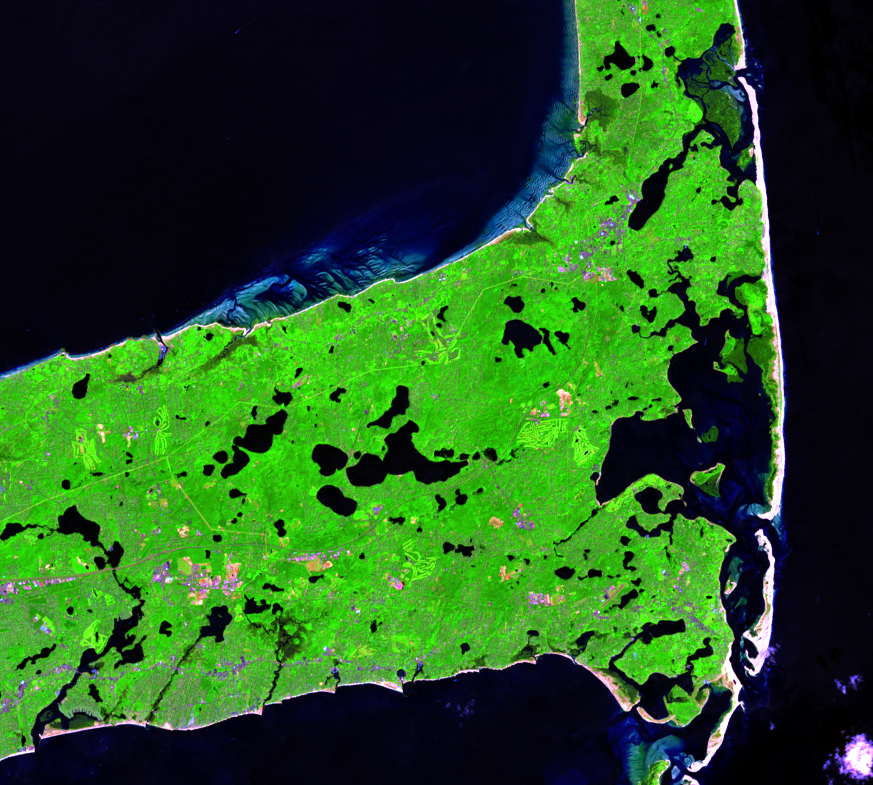 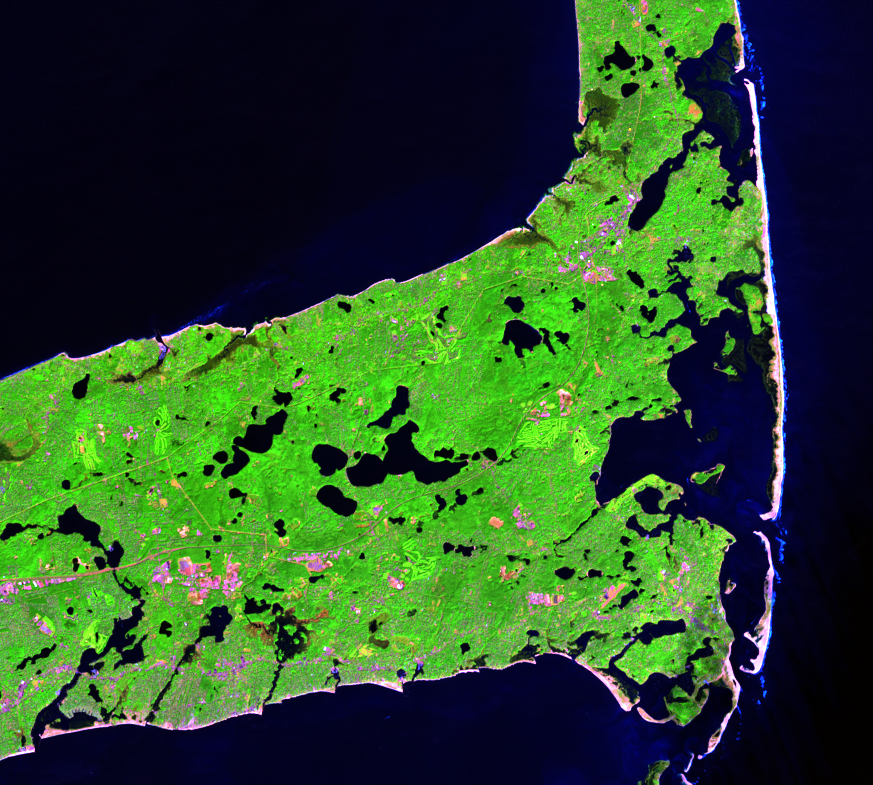 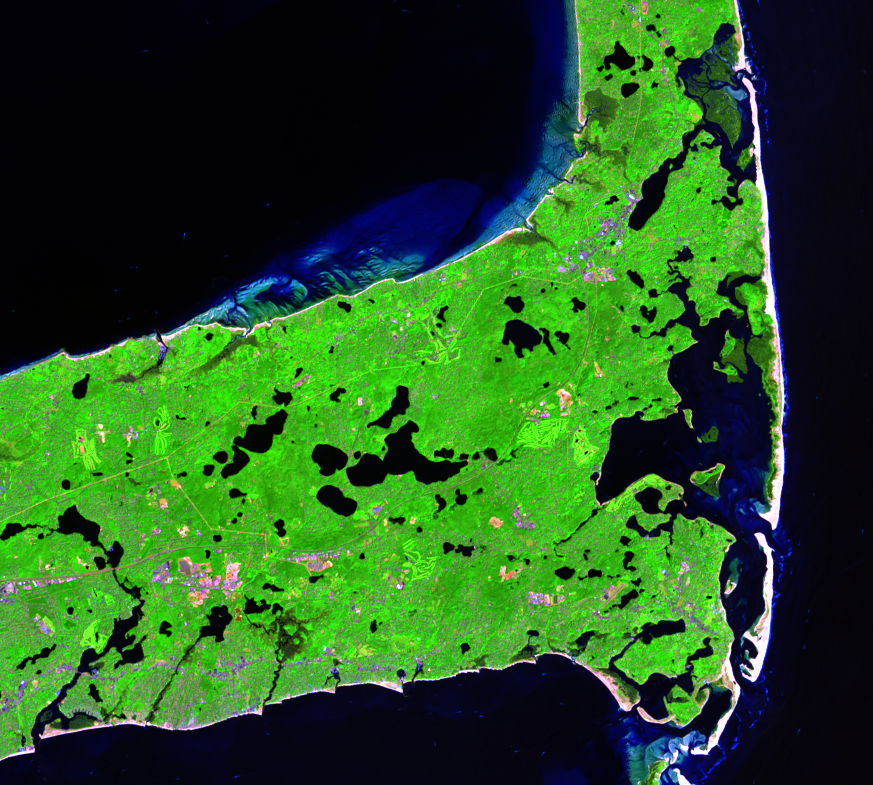 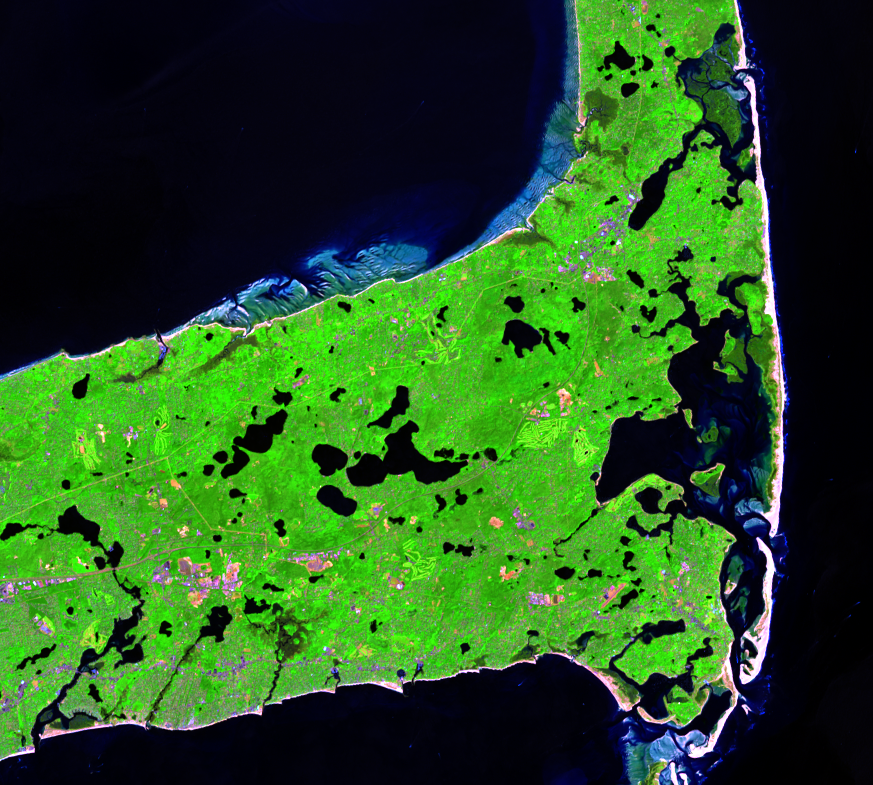 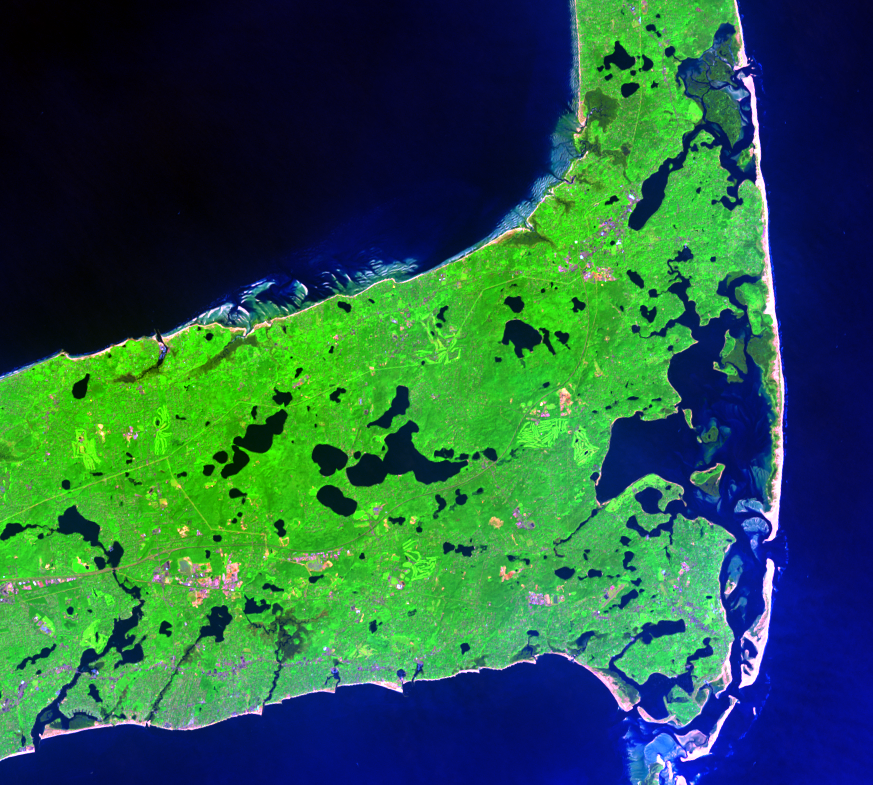 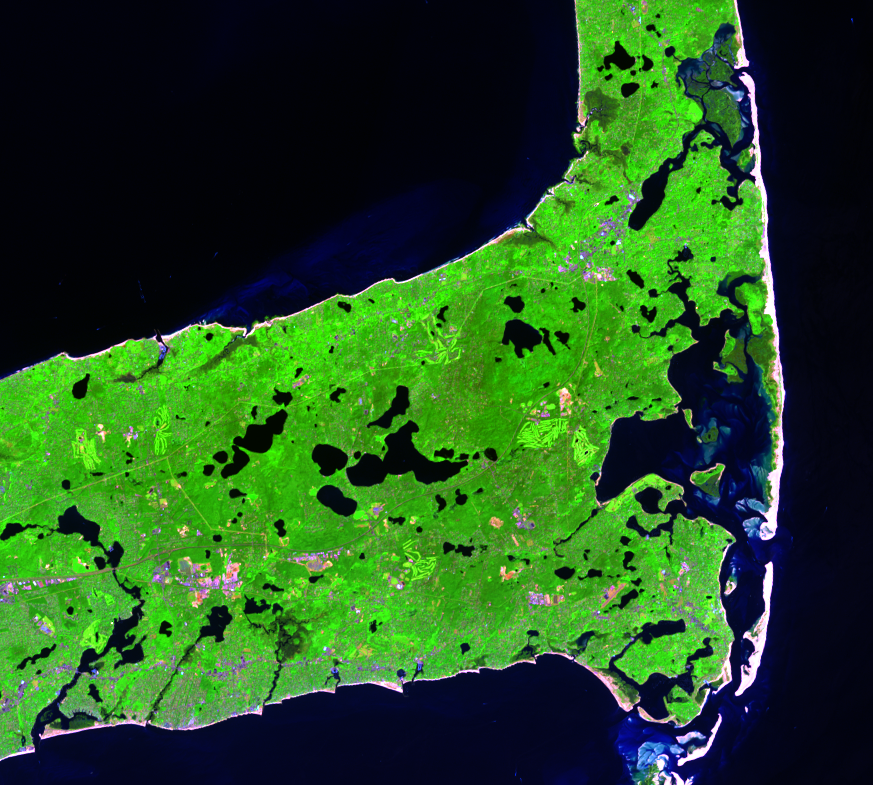 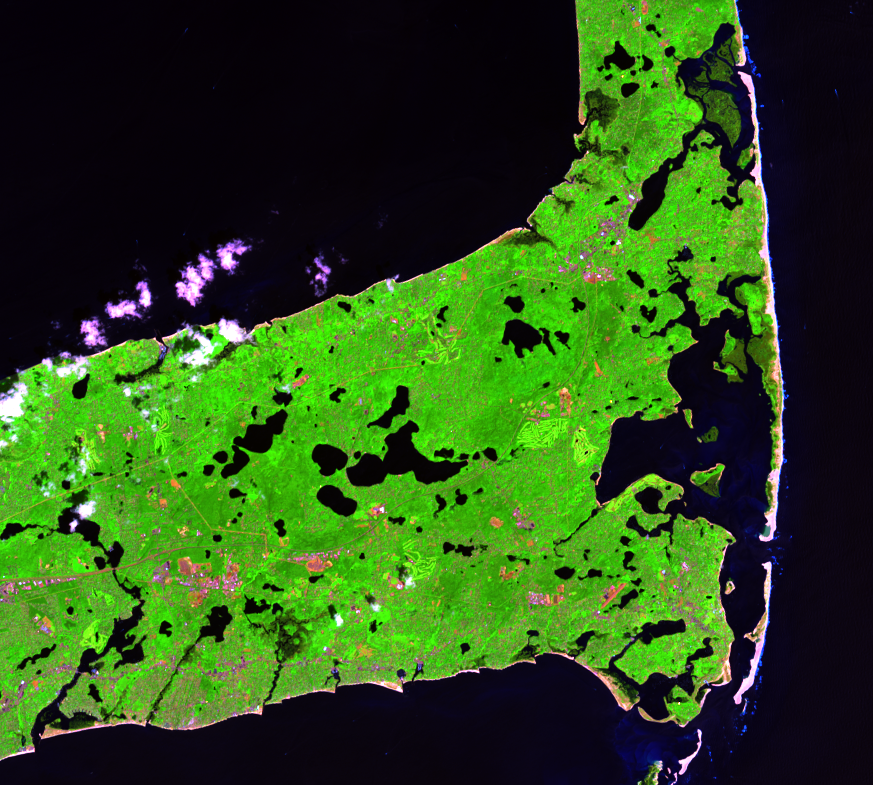 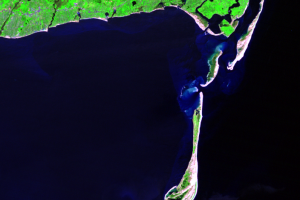