Active 24 hours a day, 7 days a week, huge trucks haul over 200,000 tons of rock and dirt out of the pit every day. The ore is crushed and water added to form a mud-like slurry, which is pumped to flotation cells. Air is added to the slurry and a froth forms on the surface, which contains all of the gold. The waste is called tailings and is discharged into ponds, visible as the polygons east and north of the Super Pit in the Landsat images.

Large quantities of ore need to be moved to get to the gold. This is done with blasting, but with Kalgoorlie-Boulder so close to the mine, techniques are used to minimize the impact of the blasting on the population. Blasting is generally done only at certain times of day, and wind direction and speed are considered before a blast. Additionally, smaller blasts are used, a strategy that takes more time to remove the desired amount of rock, but minimizes dust, vibration, and “fly rock.” 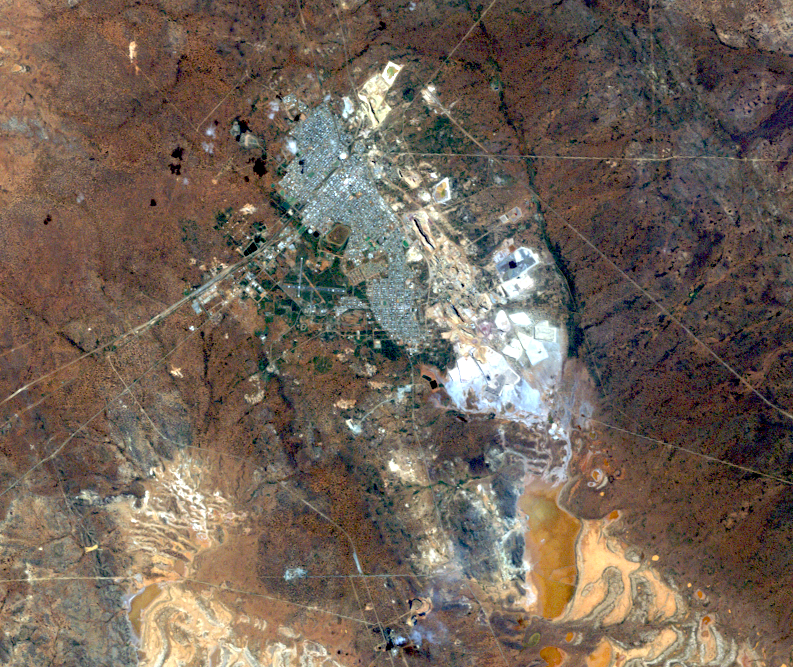 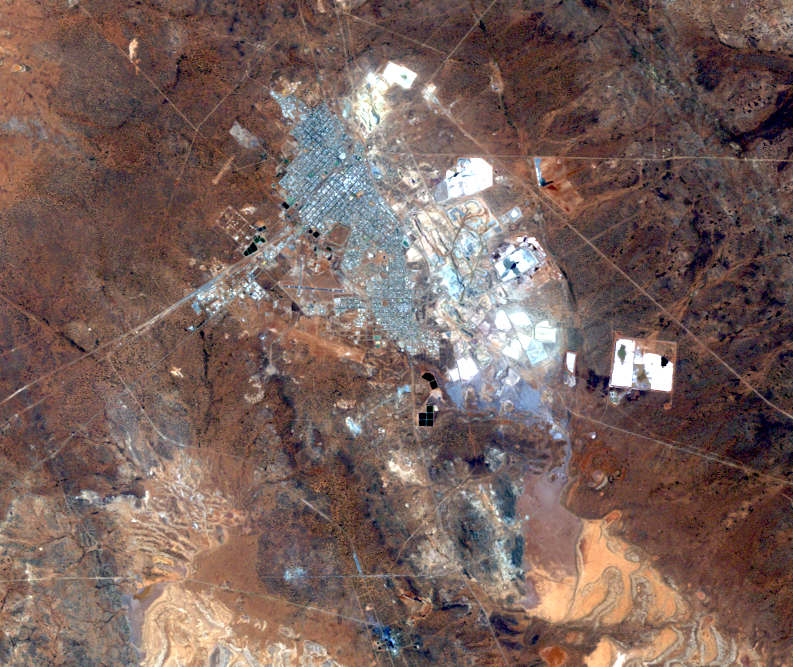 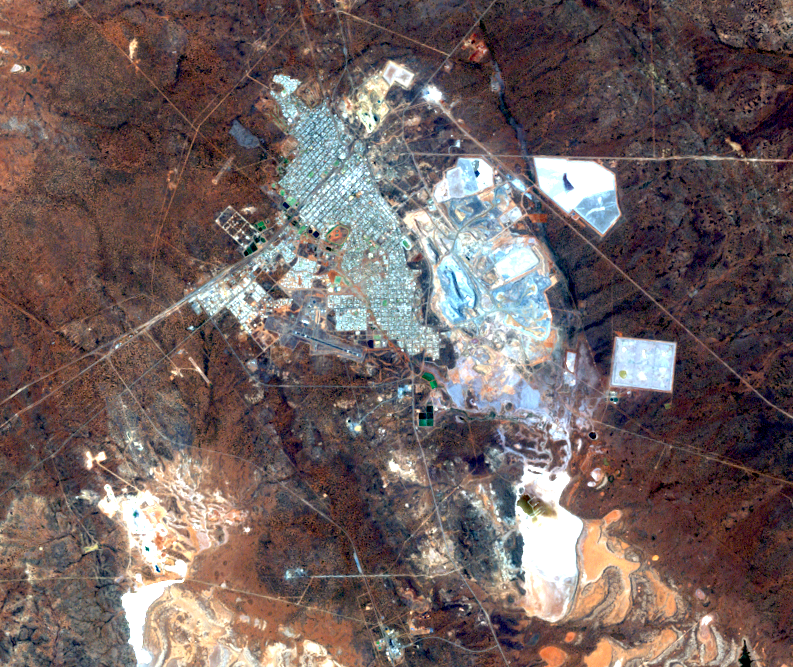 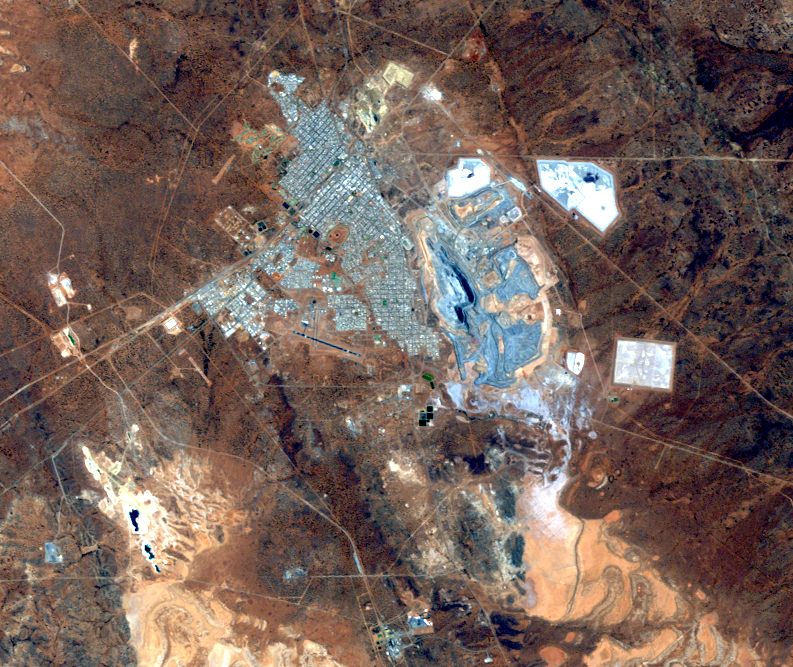 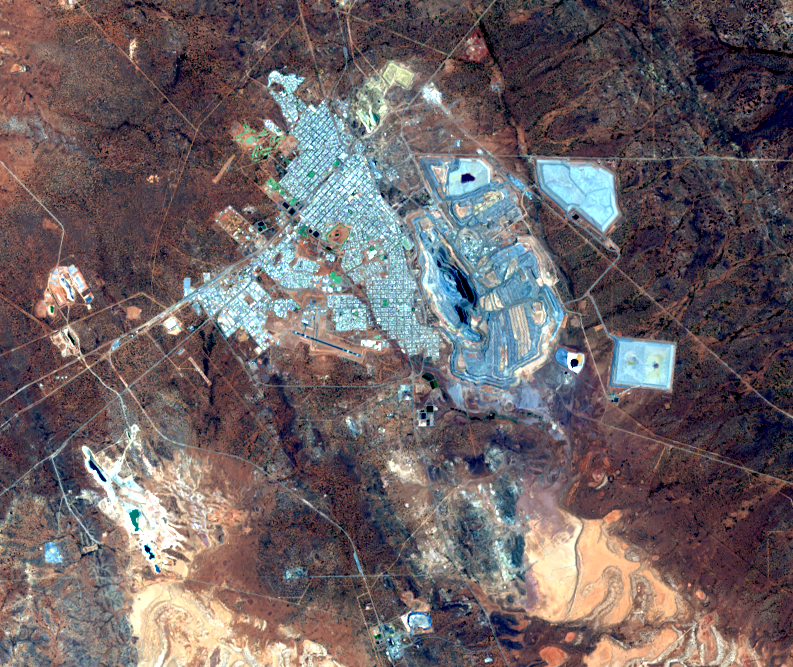 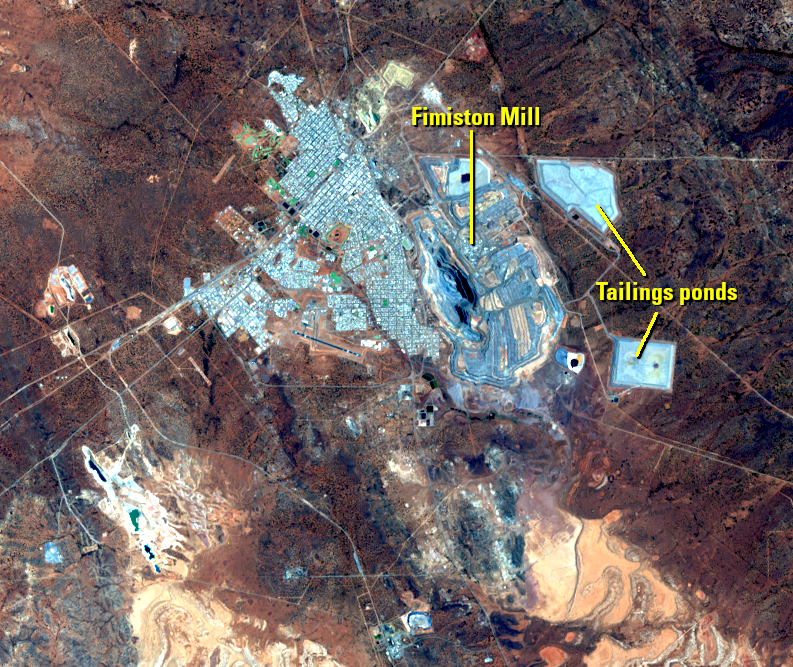