Nearby on Spitsbergen is an extensive satellite ground station. Located just 1,200 kilometers south of the North Pole and established in 1996, the Svalbard Satellite Station, or SvalSat, was chosen for its extreme northern location. It is the only commercial ground station that can support polar orbiting satellites every time they orbit the Earth, about 14 passes per day. It’s an advantageous place for satellite control and downloading data.

When polar-orbiting satellites pass within range of the SvalSat station, data is downlinked directly from the satellite. The antennas receive data for about 15 minutes; then the fast-moving satellites pass out of range. Currently, the facility has more than 40 antennas to support several satellite missions.

Landsat data can be sent electronically from SvalSat to its primary archive at the USGS Earth Resources Observation and Science (EROS) Center in Sioux Falls, SD, in a matter of hours. Fiber optic cables under the ocean provide the data link from Svalbard to the satellite station at Tromsø, a city on the northern mainland of Norway, and then on to EROS. In this way, SvalSat is a valuable safety net for receiving Landsat data and providing flexibility during potential down times at other ground stations.

The Landsat 8 image showing SvalSat takes advantage of long hours of daylight in the summer at this extreme northern location by collecting sunlit nighttime images. This image was acquired at 8:10 p.m. local time in Svalbard. 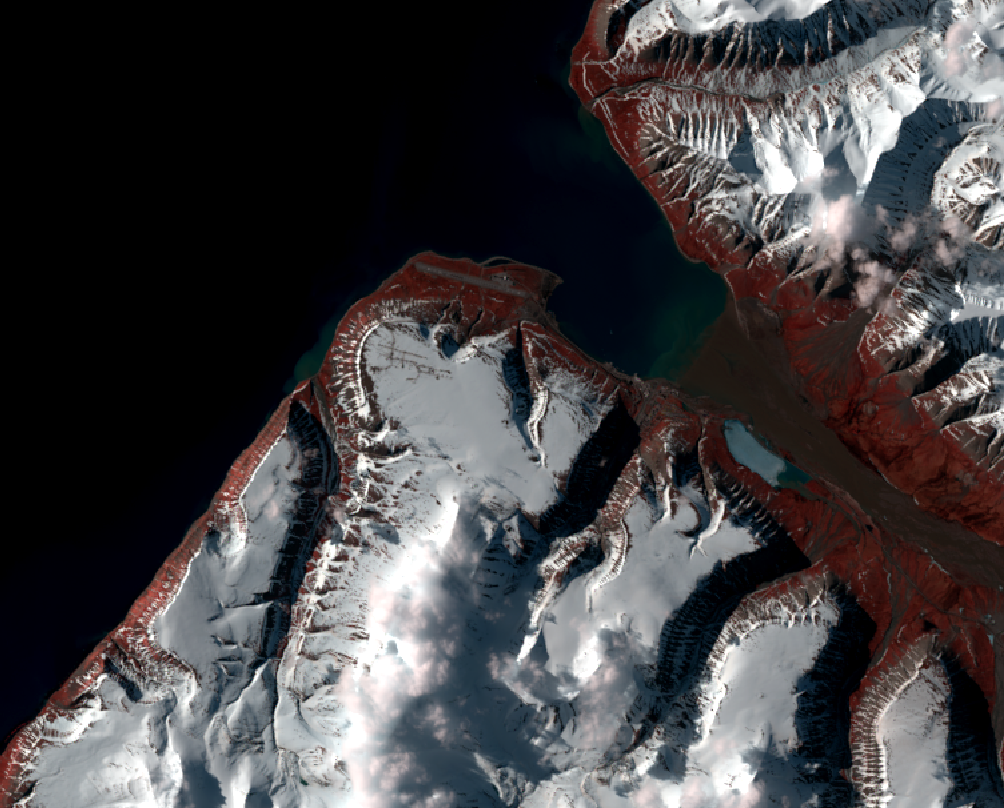 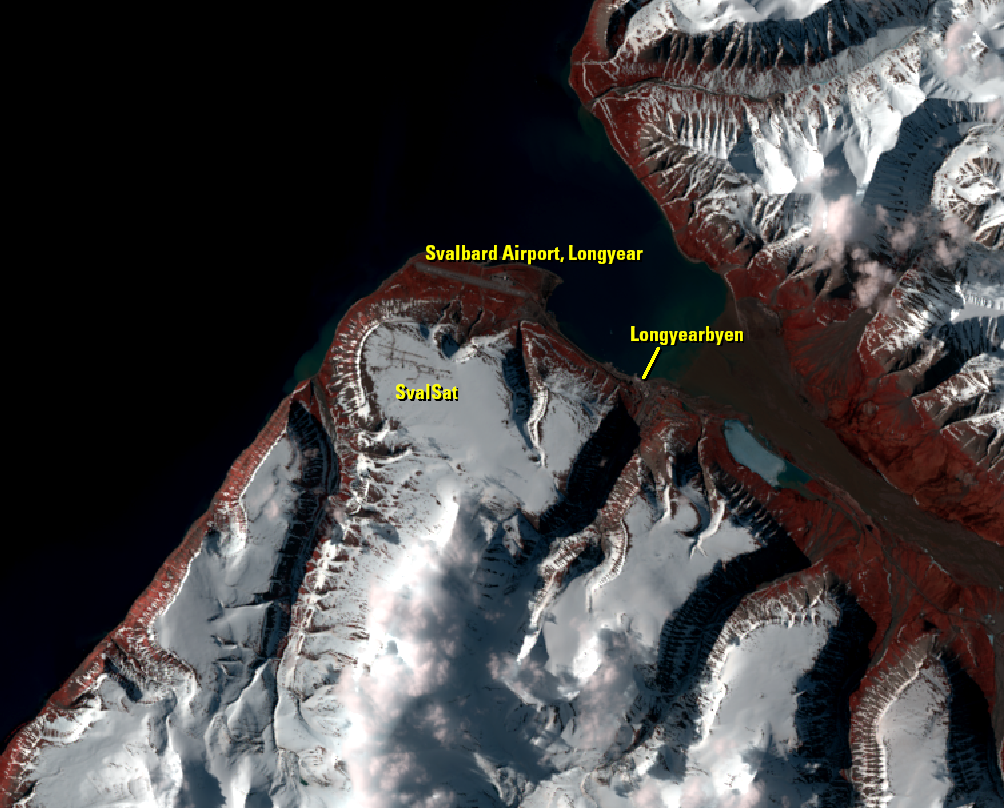 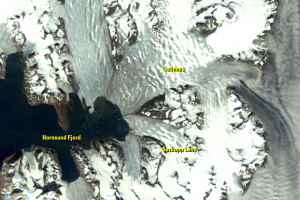