The 1996 Rechanneling A Huang He Delta, China story

While the river’s course and delta have changed naturally over time, people have also caused a lot of change. More water upstream is being used for irrigation. Dams and reservoirs on the river and its tributaries reduce the amount of sediment that reaches the delta. Seawalls have been built to reclaim land for the oil industry and for shrimp and salt farms. Additionally, levees now keep the main river from branching out at the delta.

People have caused the latest shift in the river that has affected the delta’s shape. In 1996, Chinese engineers blocked the main channel, making the river empty into the sea to the northeast instead of directly to the east. We see in the 1999 image where the new peninsula has formed from this shift, and where the old peninsula is beginning to retreat. 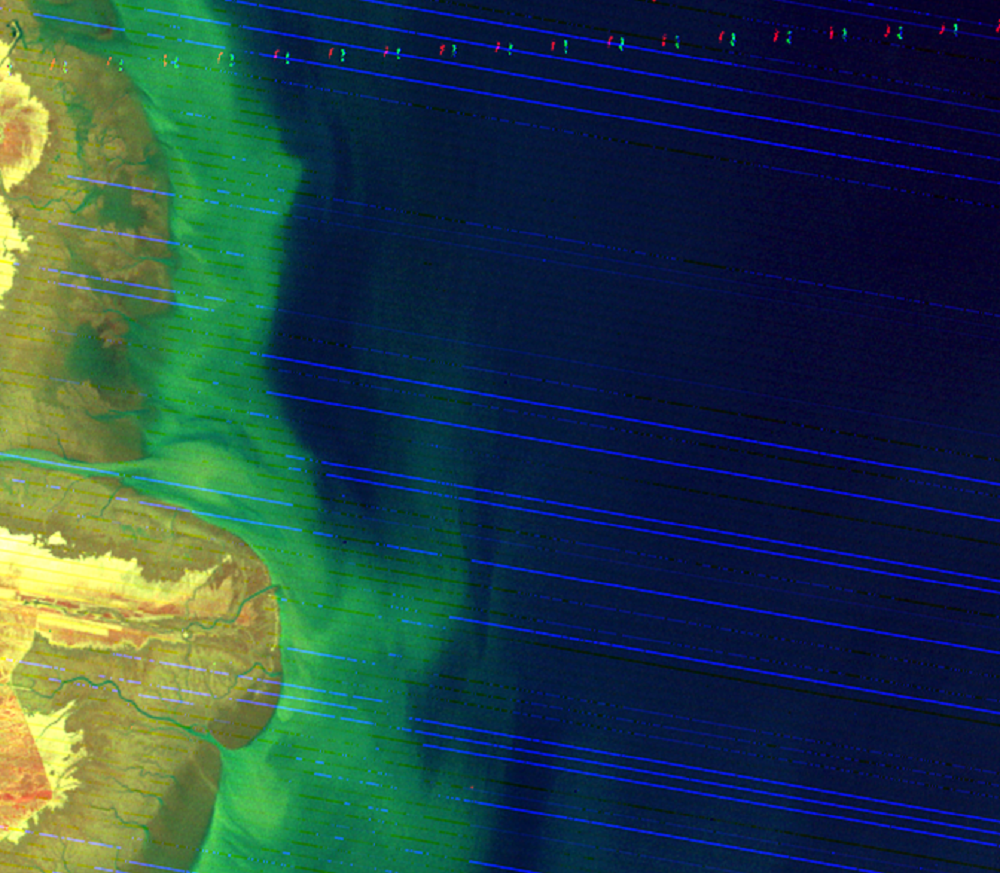 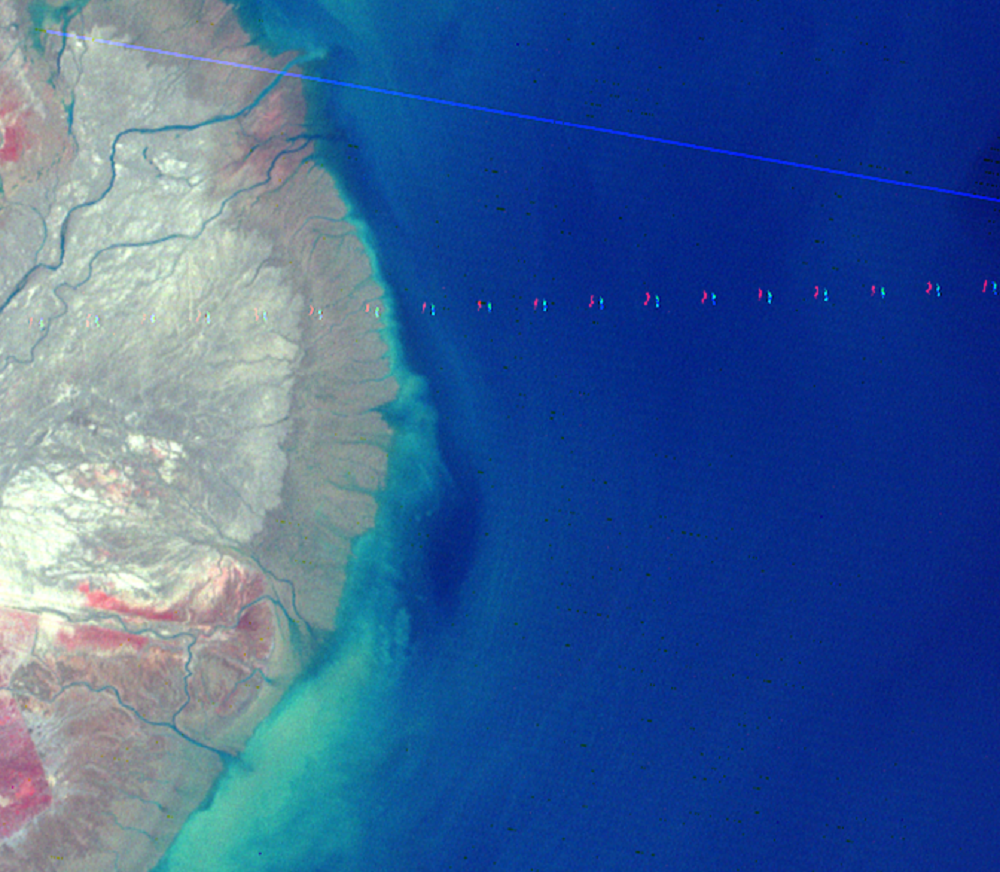 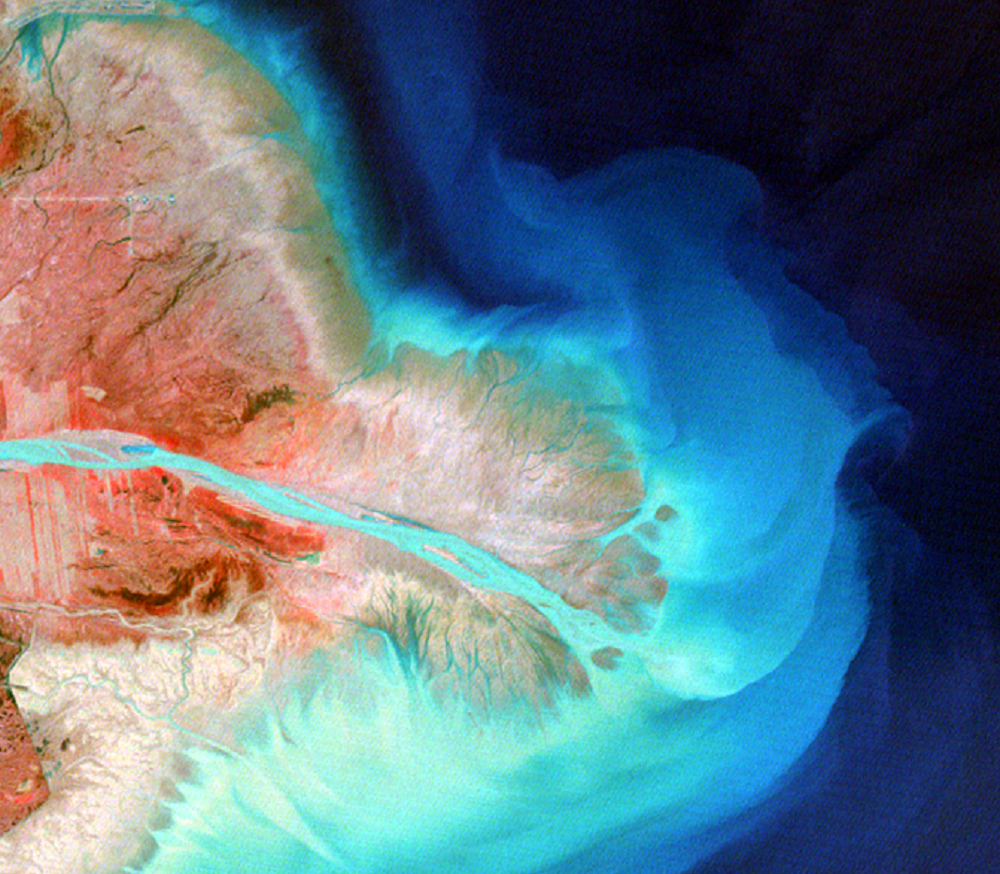 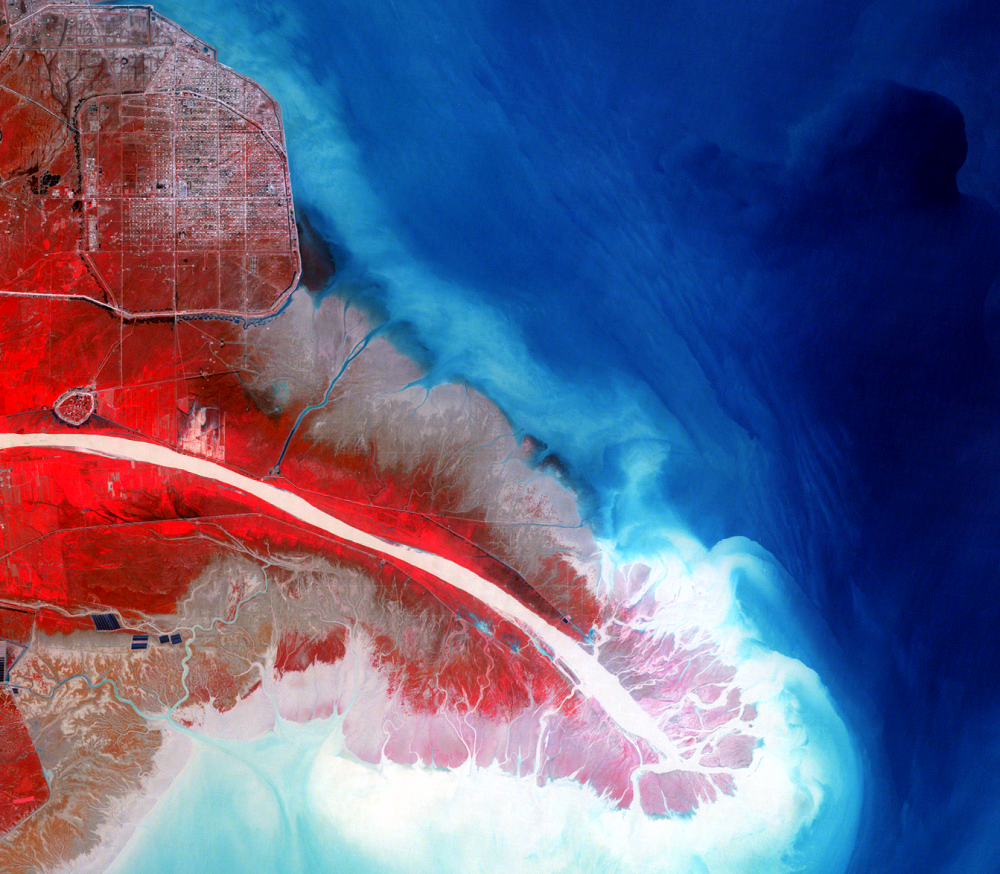 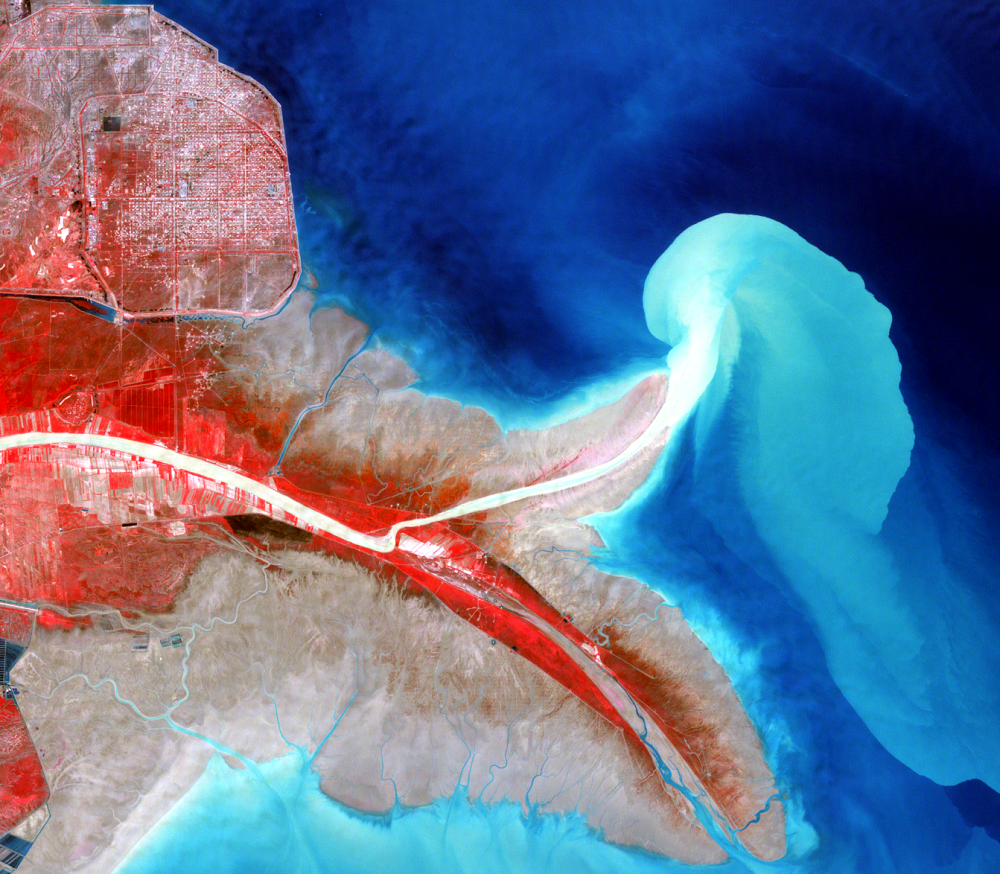 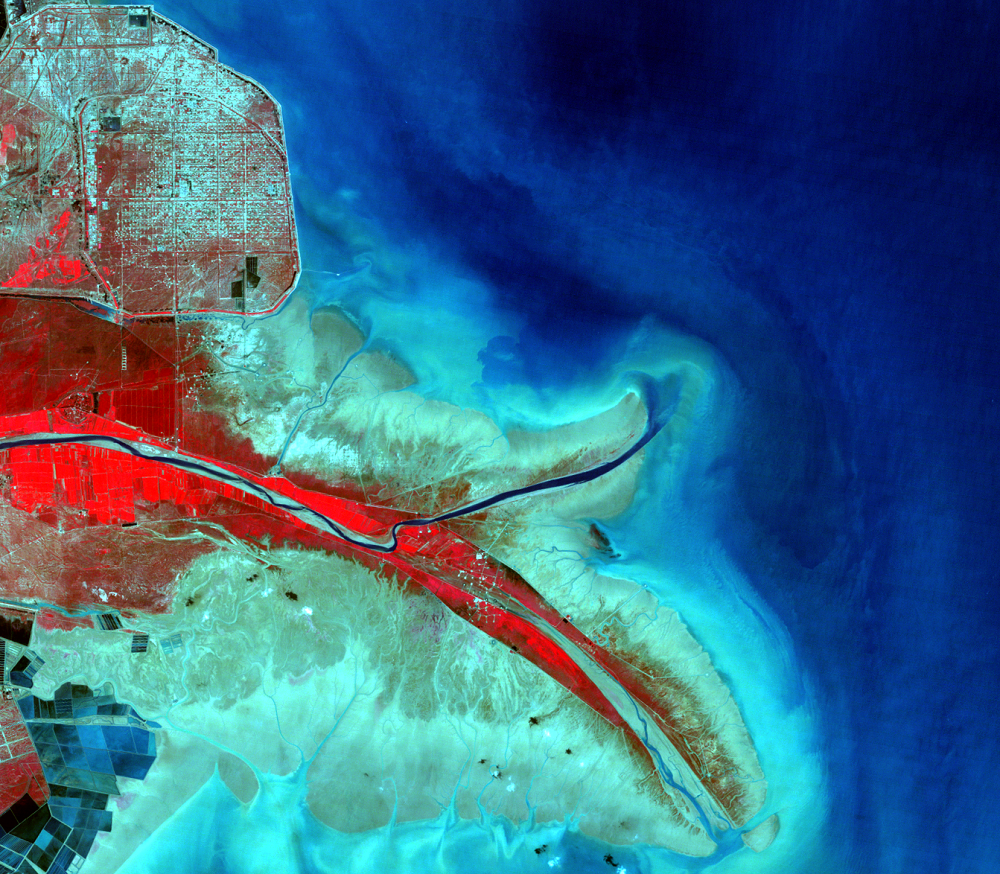 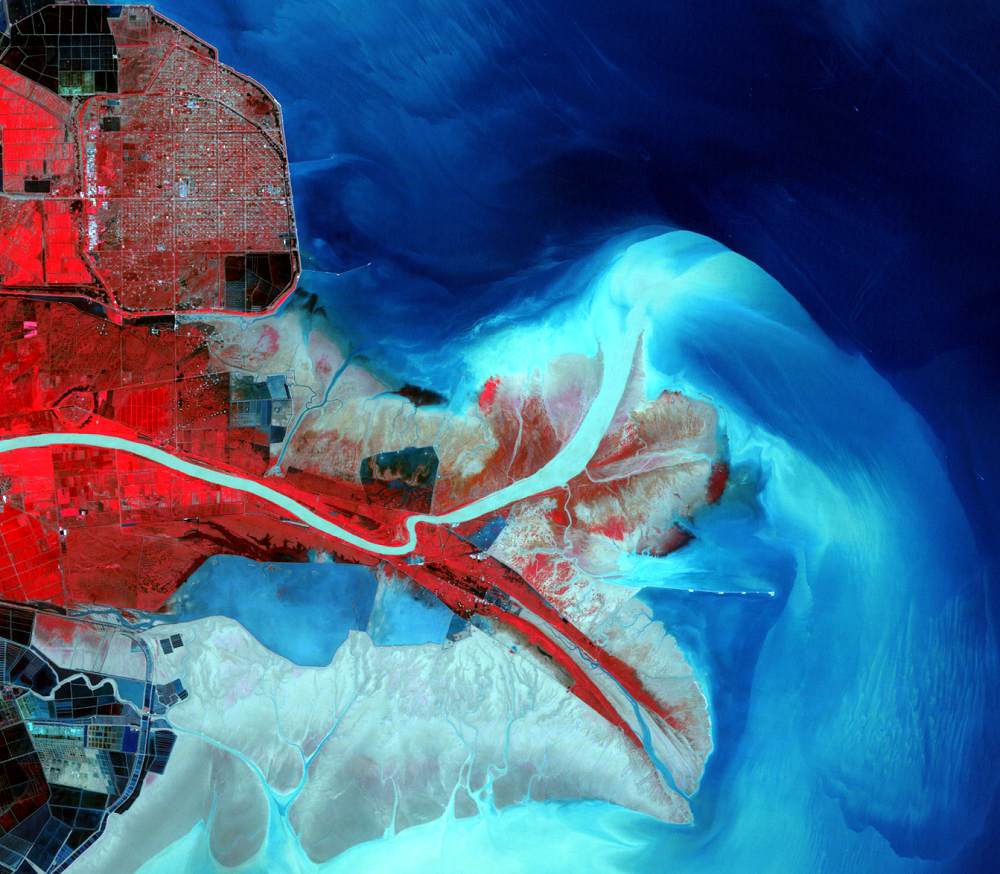 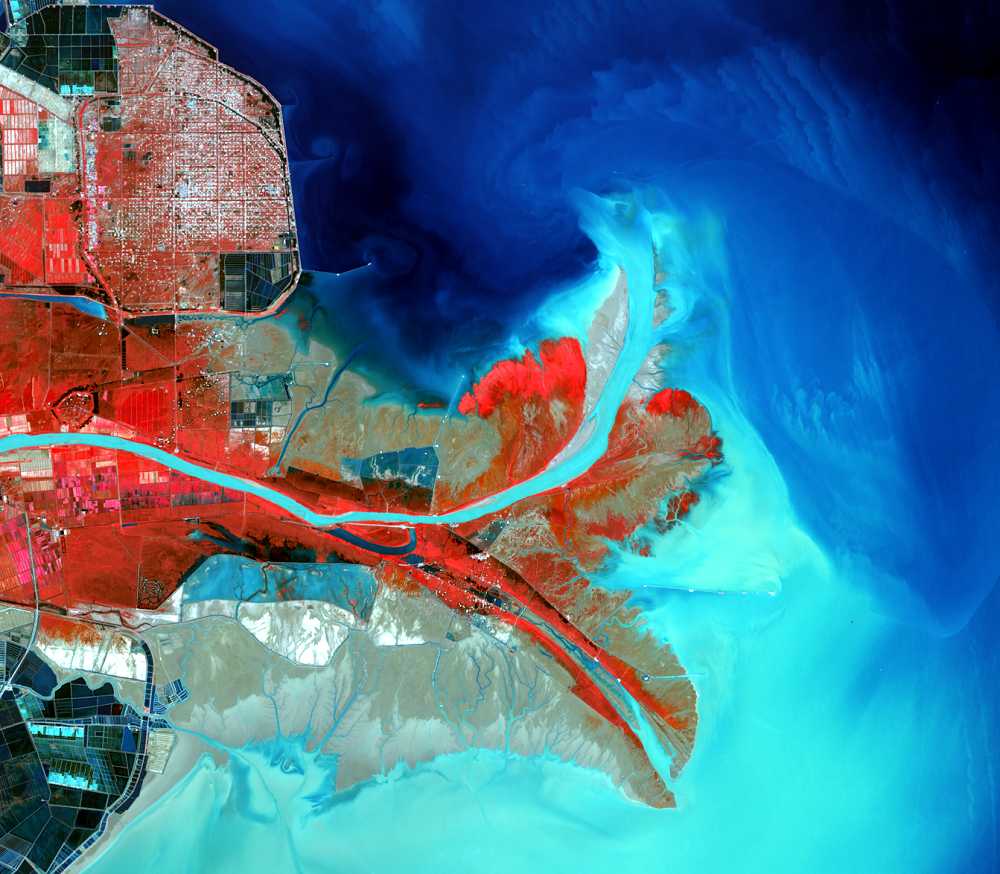 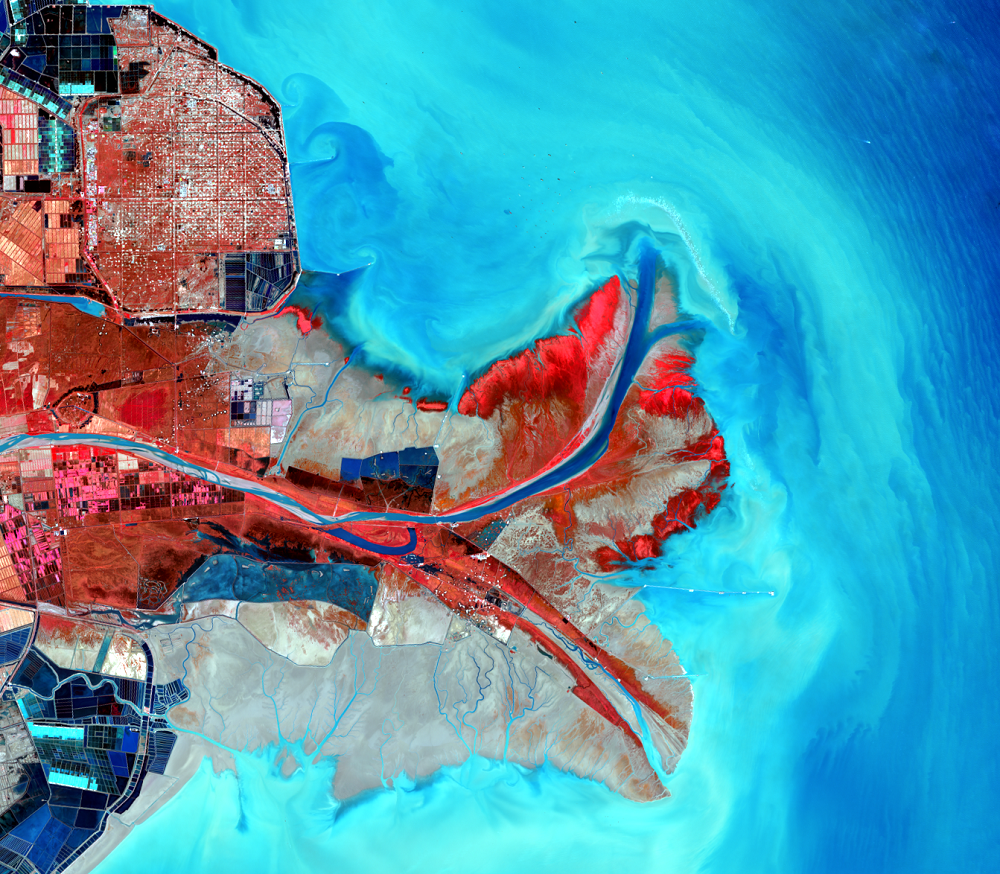 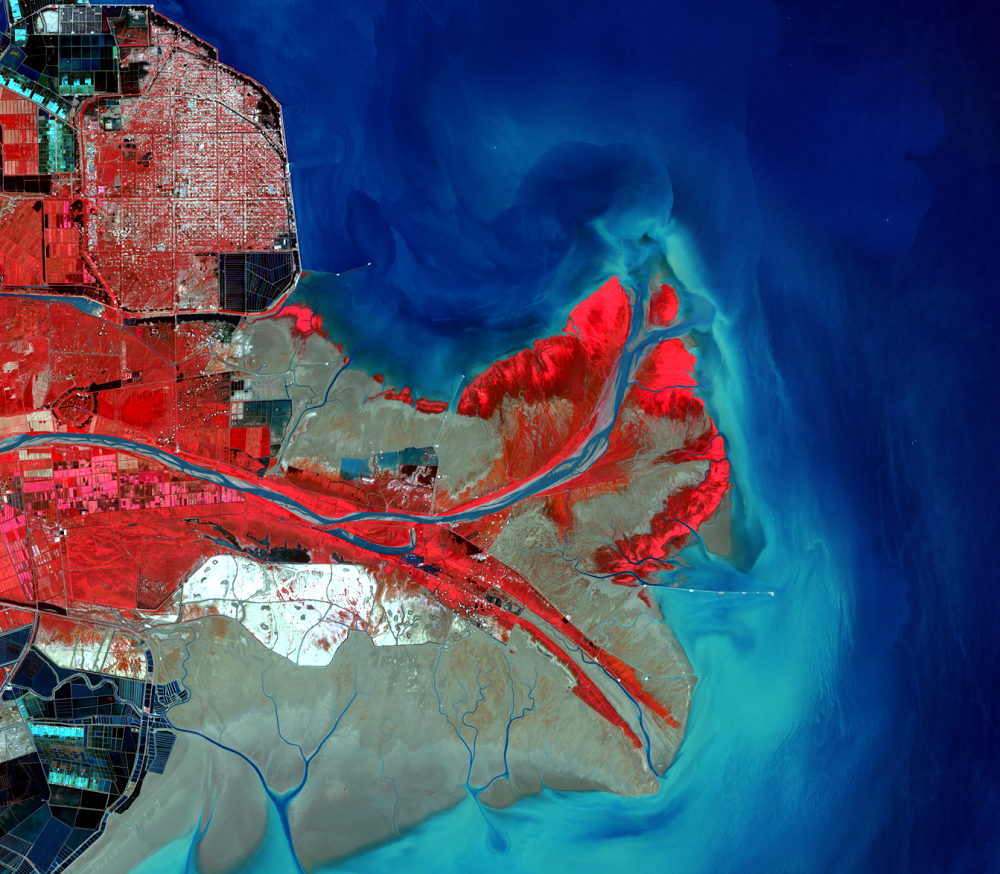 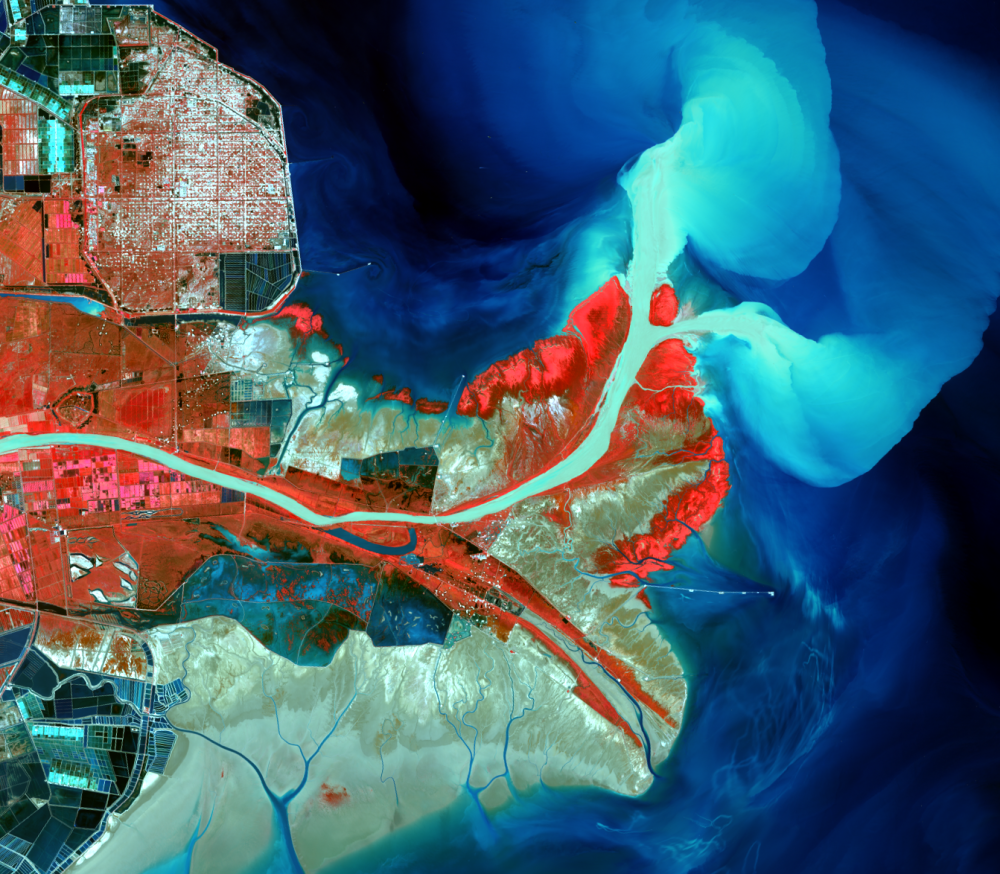 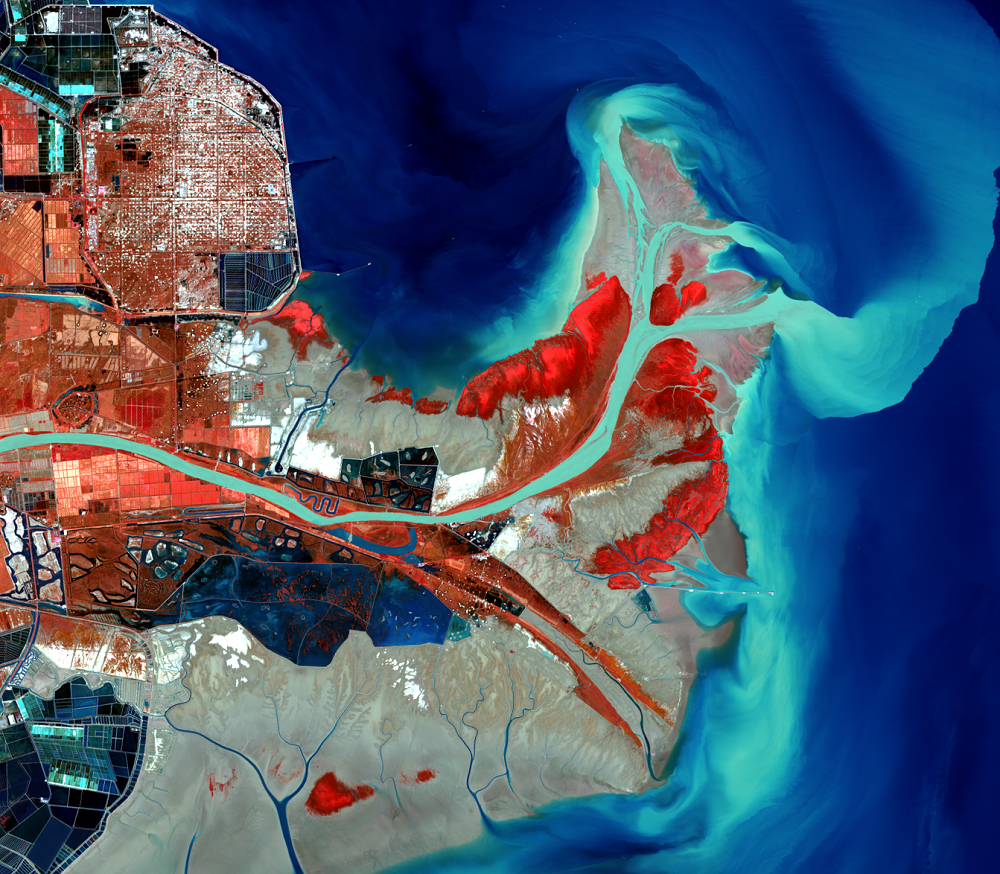 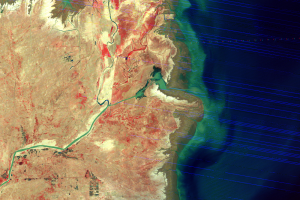 The Huang He Delta has historically built up over a broad area because of its wandering ways. The river’s course in its lower reaches has shifted 11 t... 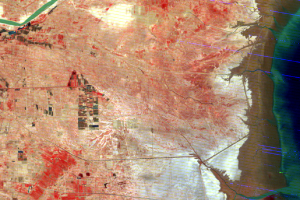