The Hamoun Wetlands A Lake Hamoun, Iran and Afghanistan story

The Lake Hamoun area is classified as freshwater wetlands. Because Hamoun is a closed basin, it’s more of an inland delta. About 60,000 hectares of the wetlands in the Hamoun region in Iran are protected under the Ramsar Convention. The Hamoun region on the Afghanistan side is not protected under the Ramsar Convention even though it represents more area that is permanently inundated and vegetated.

The Hamoun wetlands have a normal wet and dry cycle. The water level typically rises in the spring and falls from April to January. Large areas dry up regularly. But during prolonged dry periods, birds migrate elsewhere, and fishing is not possible.

The annual precipitation in this extremely dry basin is only about 50 millimeters. The average depth of the lake, even at its highest water level, is only 3 meters. That means the area is vulnerable to major changes in water level that happen naturally. When in addition people alter the water flow, the changes are more pronounced. Irrigation expansion has made the lakes more vulnerable to drought. The once thriving wetlands are now mostly lifeless salt flats. 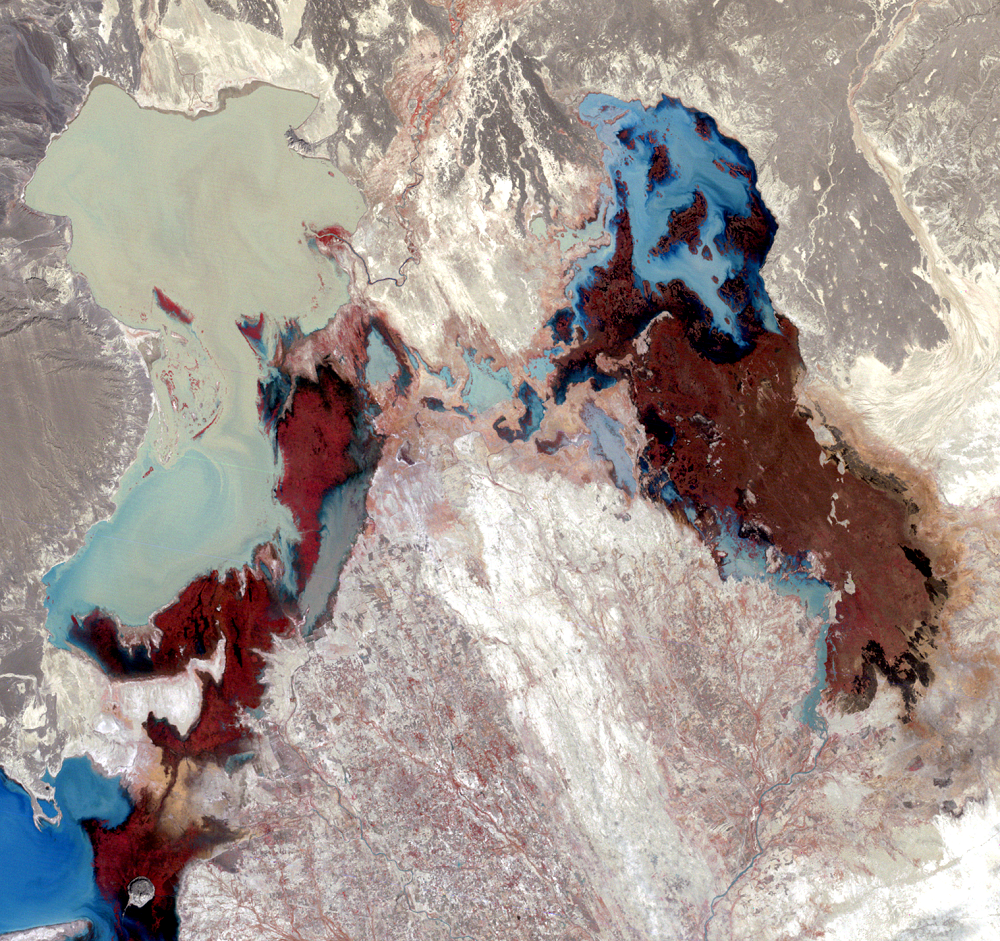 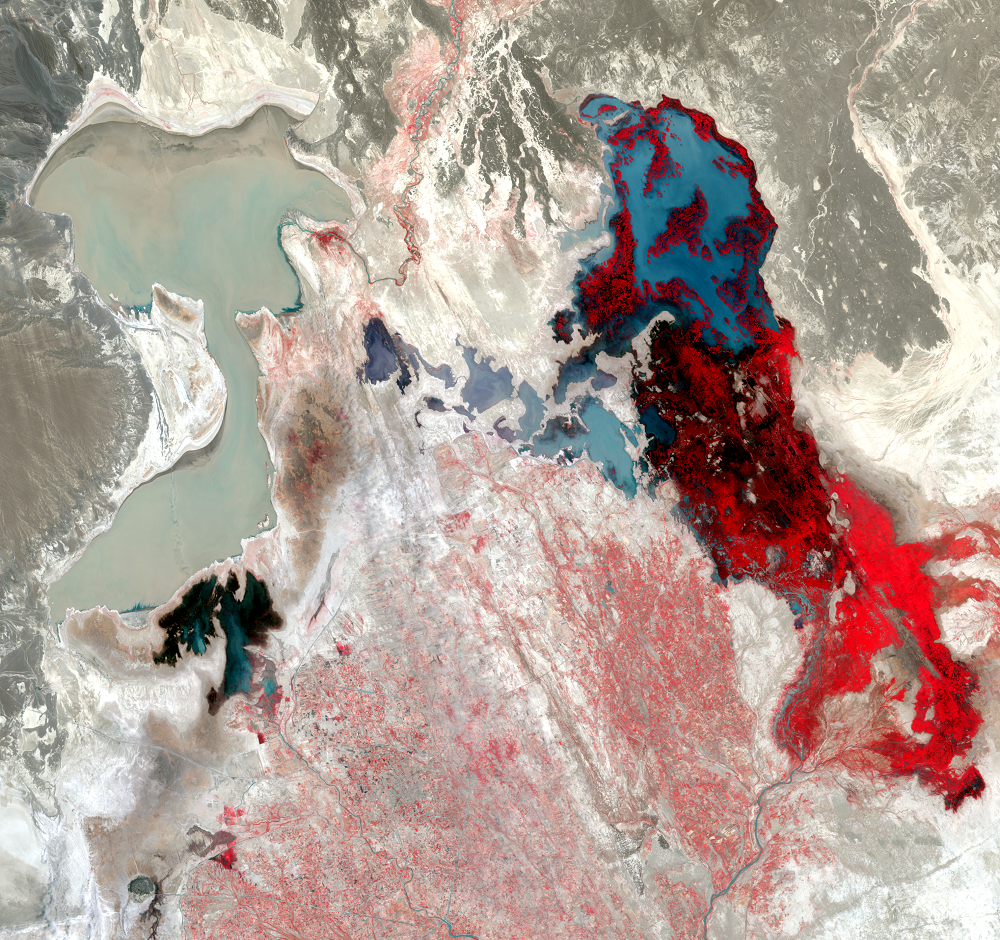 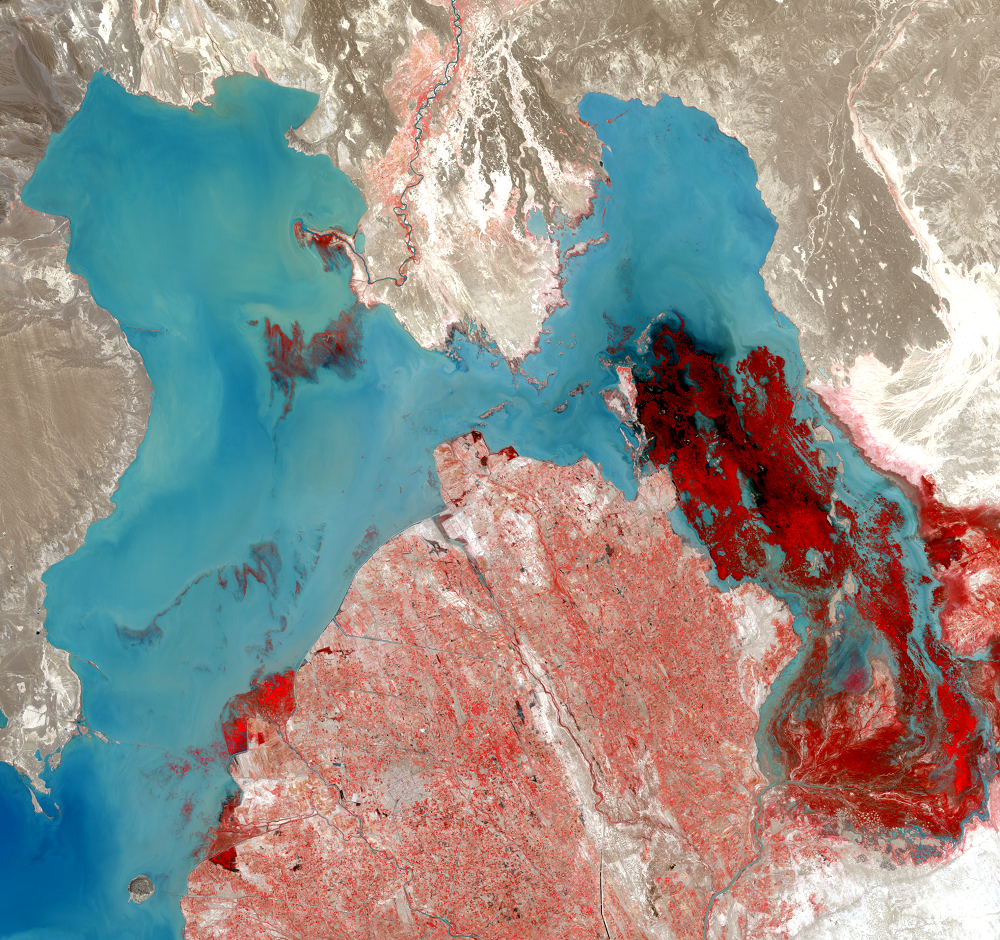 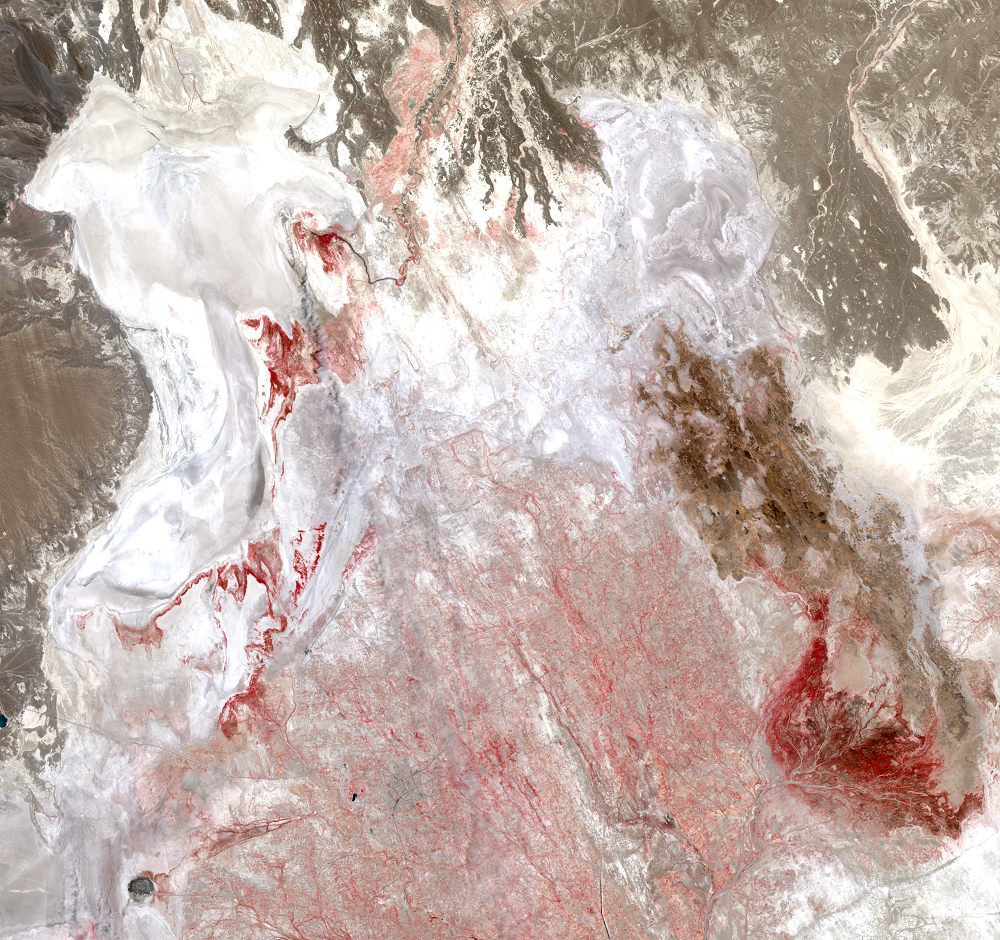 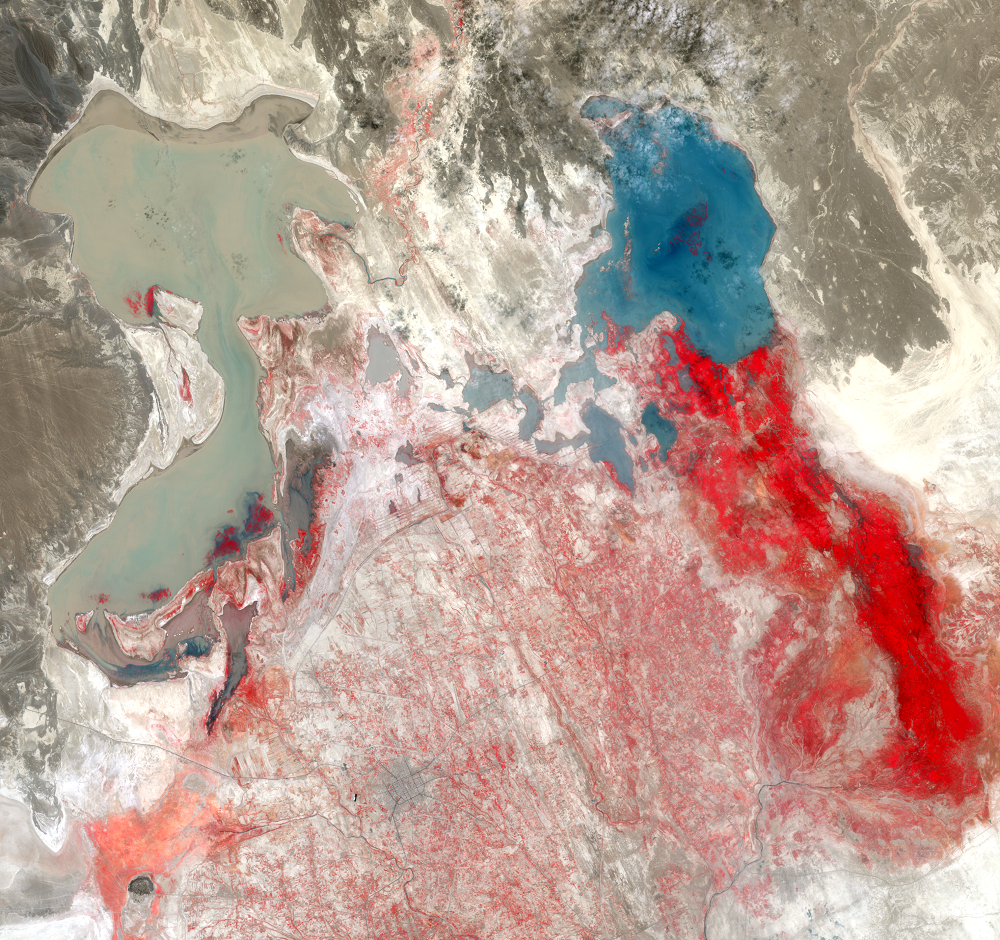 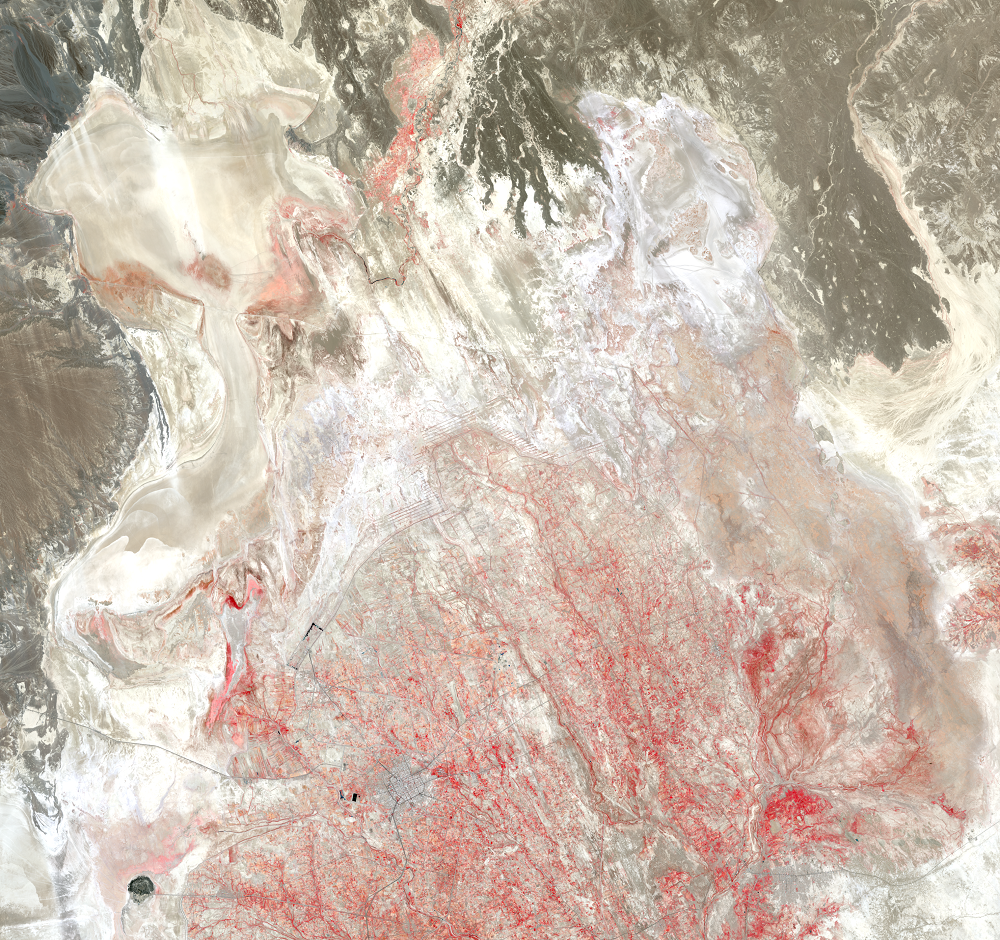 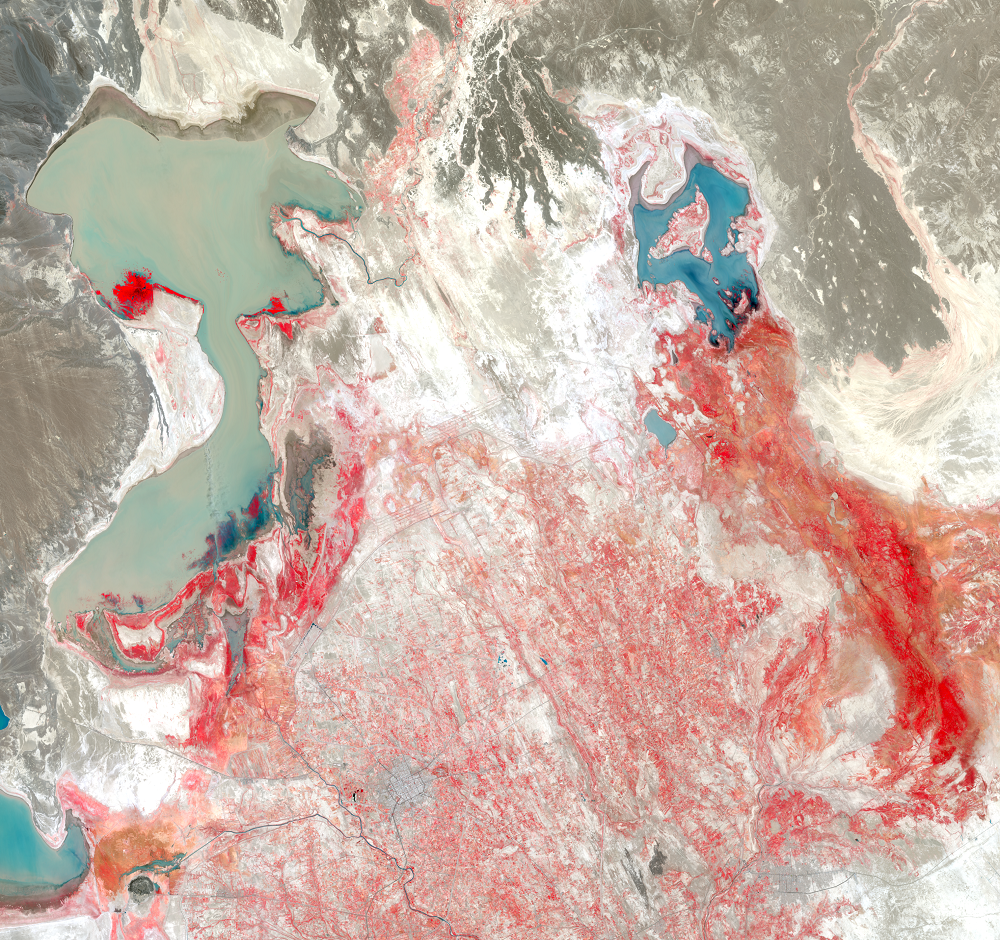 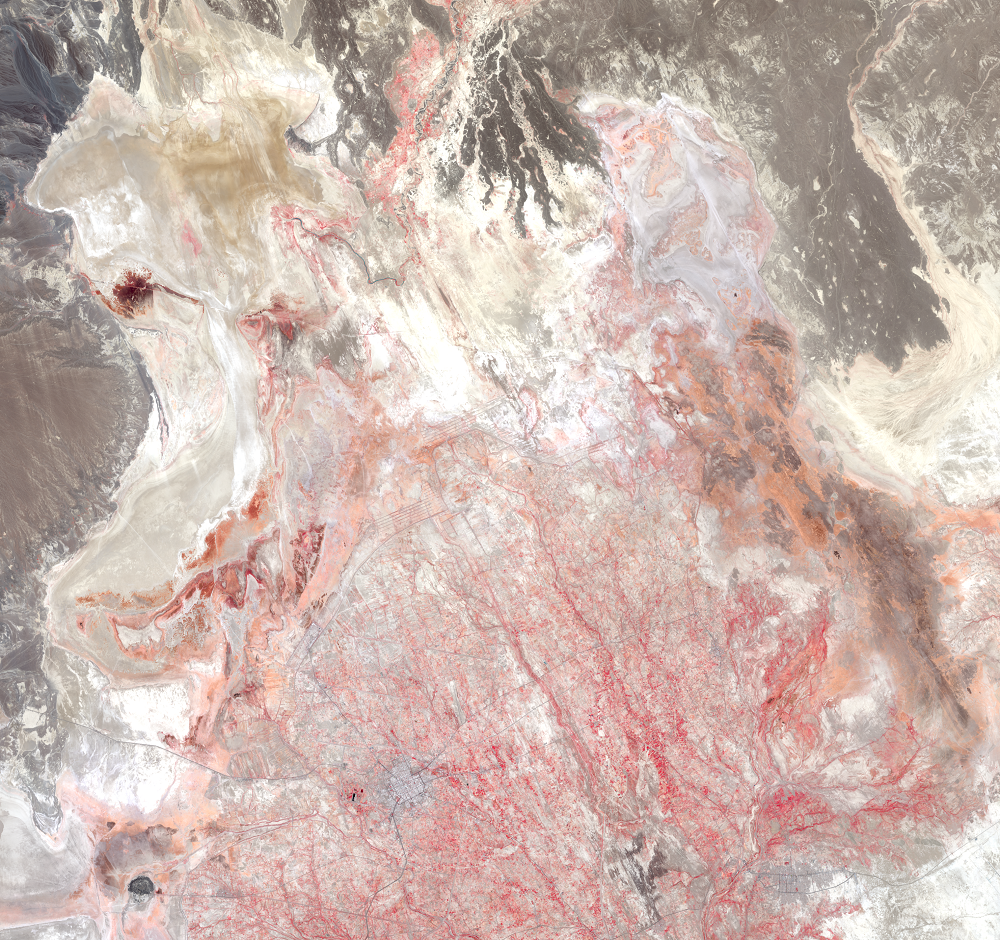 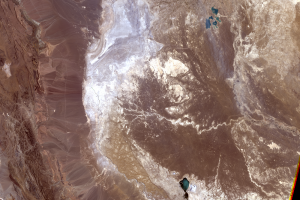 Even with these reservoirs, dry lakebeds surrounding Zabol are problematic. A “120-day wind” blows in this region. These persistent spring and summer ... 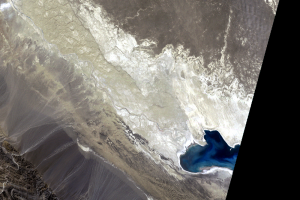 Water from the Helmand River is used upstream for agriculture. The river turns west and flows across the border into Iran and drains into the Lake Ham... 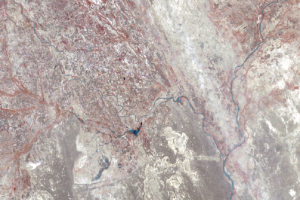 The lakes visible in these close-up images are the Chah-Nimeh reservoirs. These natural cavities in the southern Sistan plain are near Zabol, Iran, wh...