The Island Changes A Singapore story

Landsats 1 through 8 recorded these post-independence changes, starting with the city’s growth. For one and a half centuries, Singapore remained tightly packed in the southeastern corner of the island, but around the time of independence the city and island governments merged, and the population spread out into a new metropolis covering the whole island.

The Second World War taught Singapore how dependent it was on others for food, since it obviously had little room to grow its own. Since independence, farmland has shrunk from around a quarter of the island to about 5 percent. The many tiny Chinese-style family farms based on intensive labor were replaced by a few large production centers with greenhouses.

Amid all the building, the government saved tiny remnants of the pre-1819 tropical rainforest. Bukit Timah Nature Reserve, in only 185 acres, contains more tree species than all of North America. Forest patches stand out in the Landsat images (most clearly in 2002 and 2009) as brighter green, surrounding and working with the central reservoirs to trap as much water as possible. The Japanese took Singapore partly by cutting off its water supply, and even with these central reservoirs Singapore still needs to import water from Malaysia. 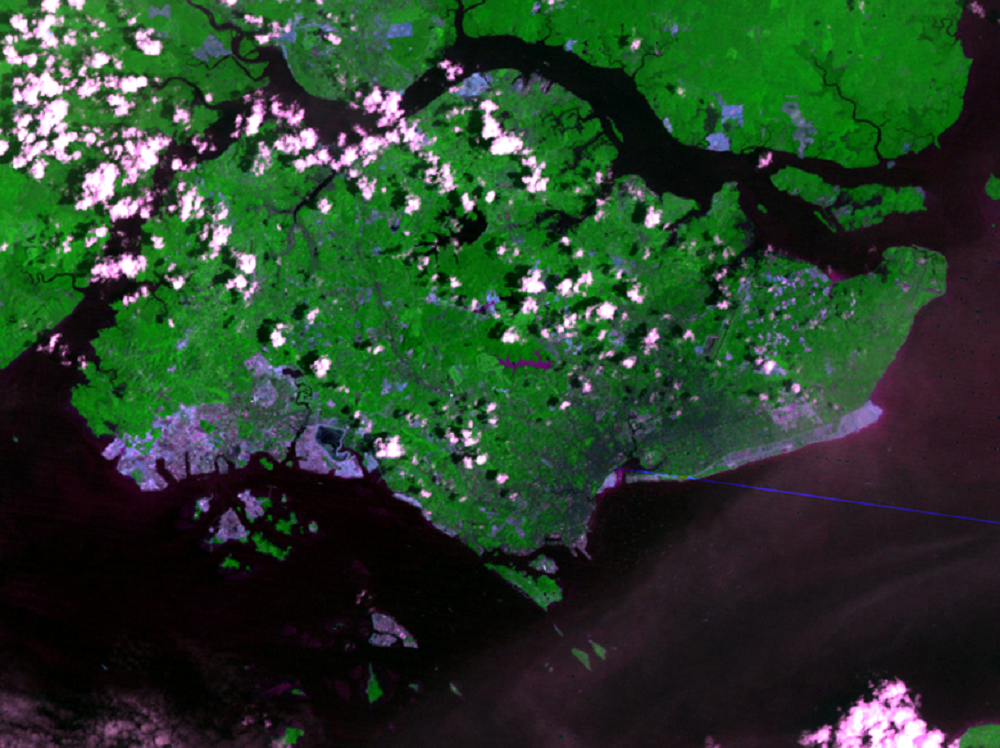 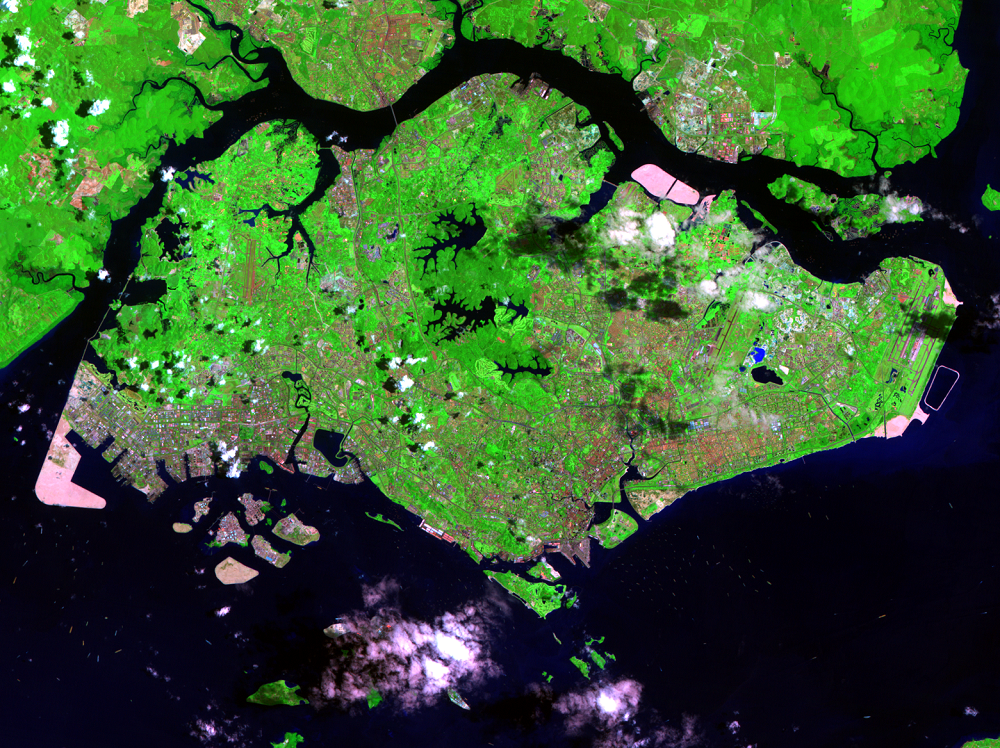 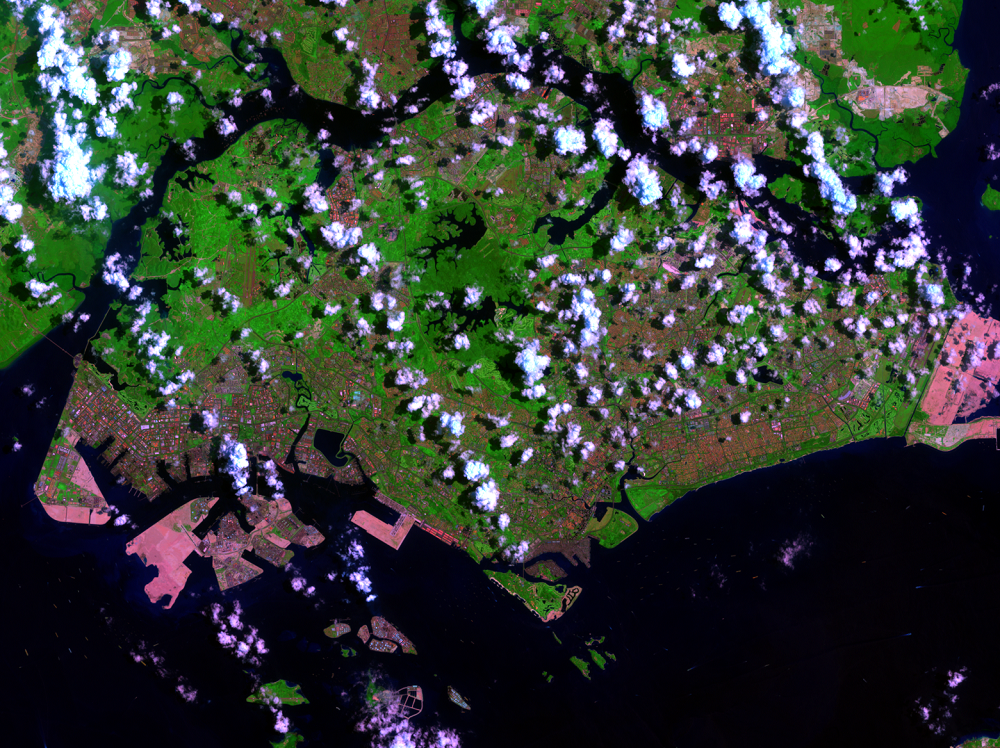 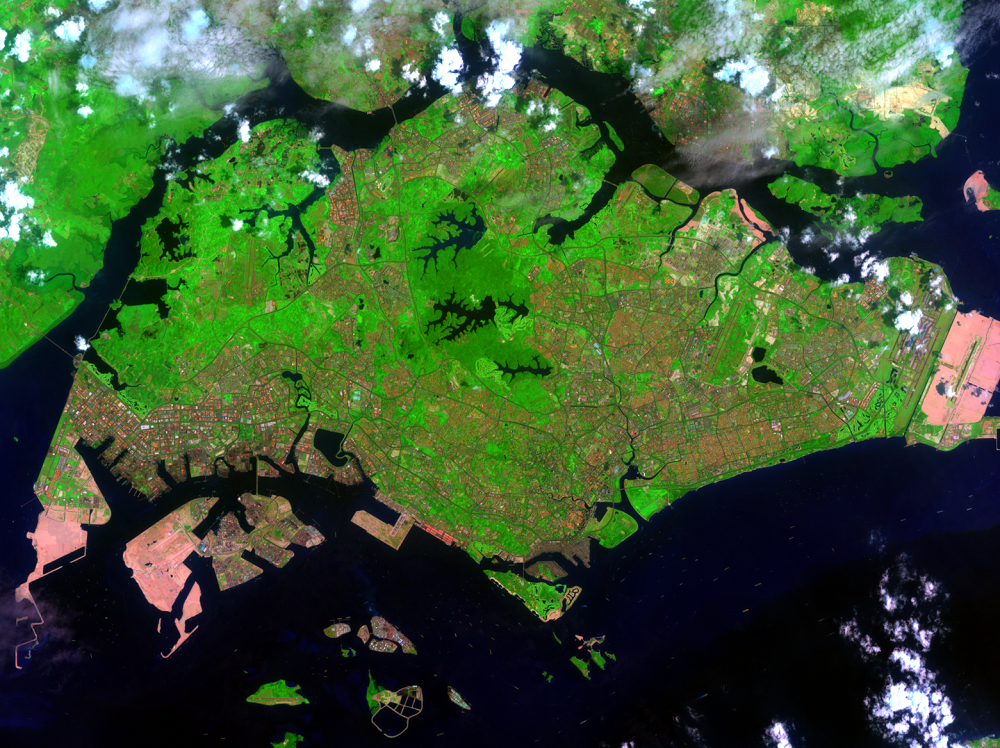 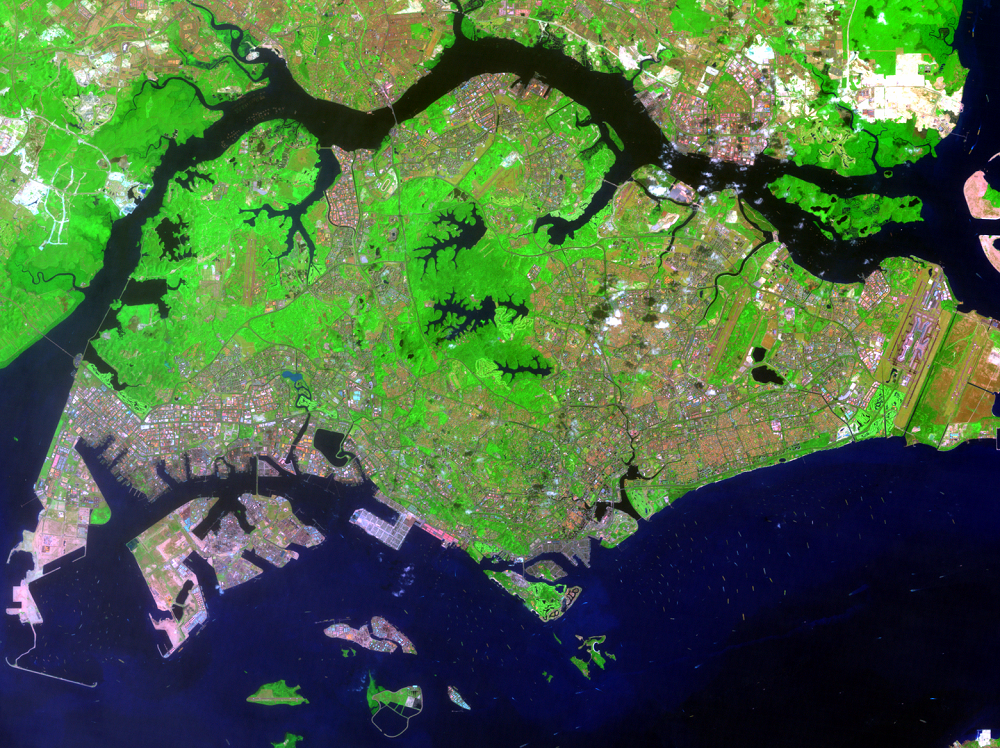 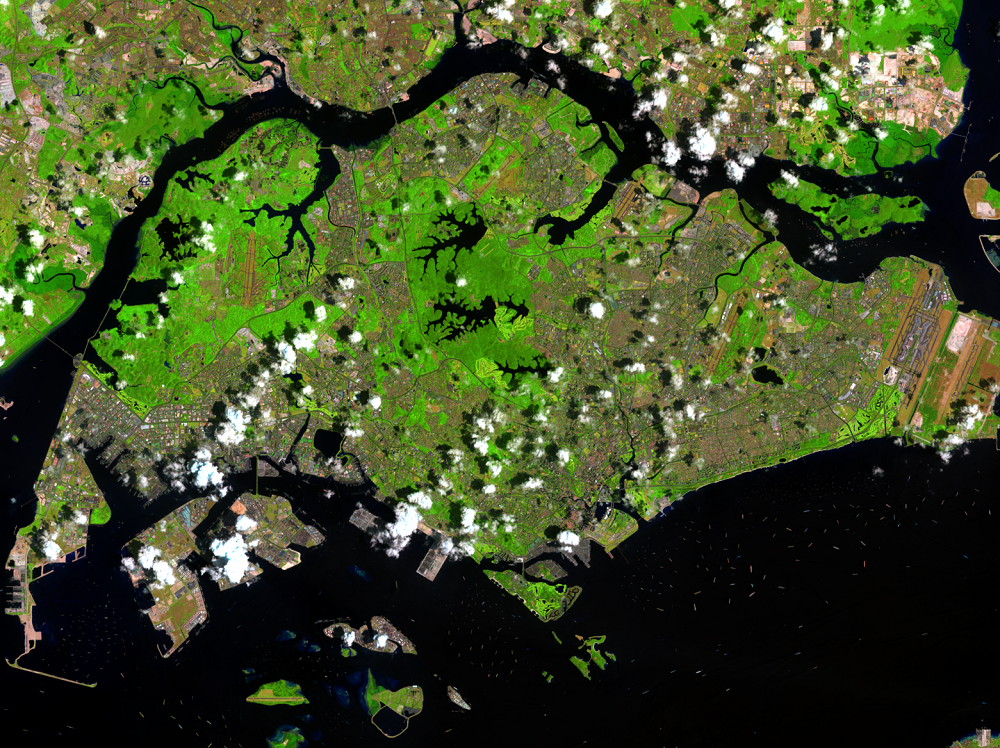 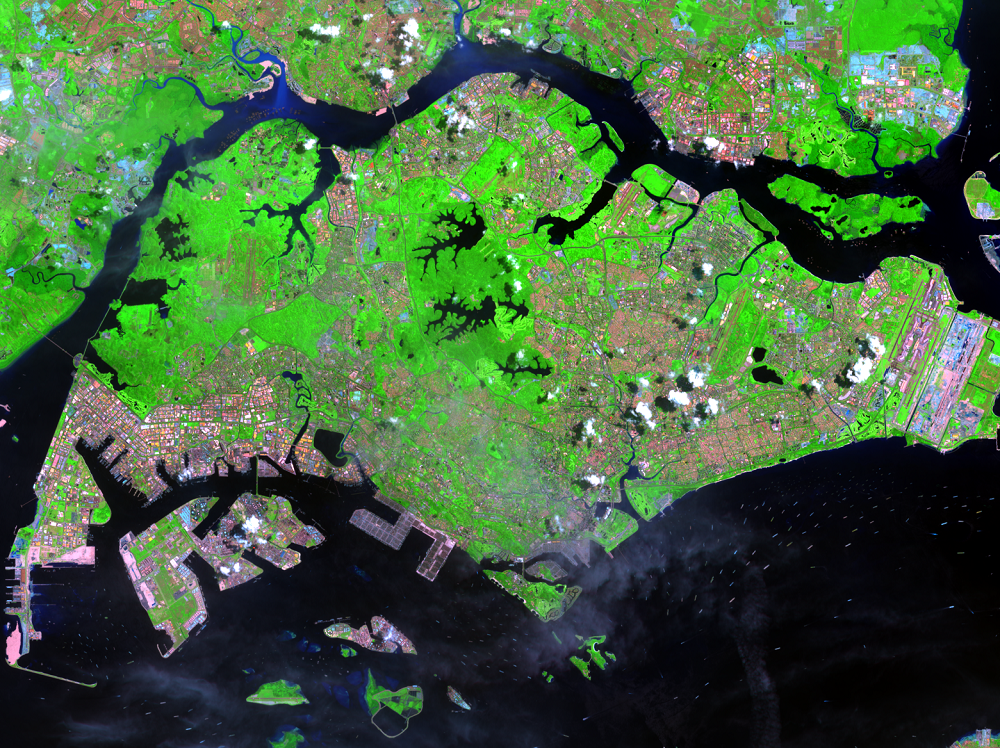 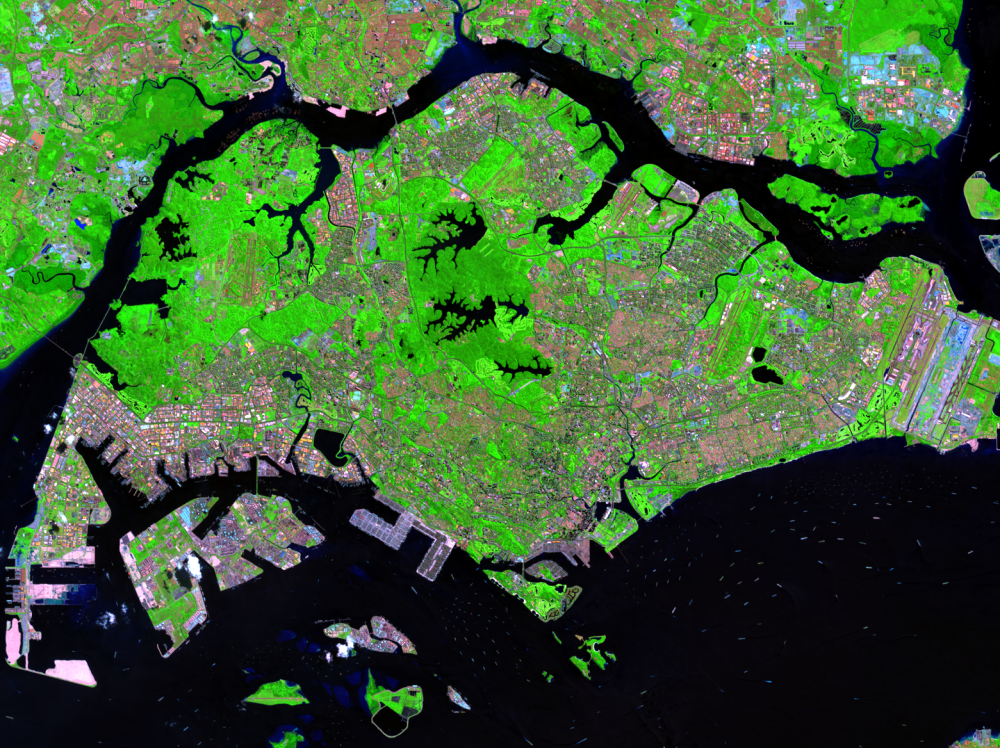 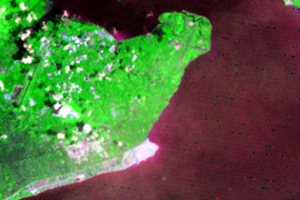 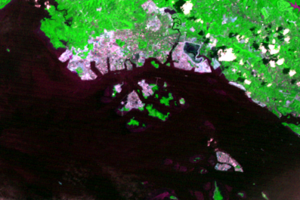