Several cities are visible within the area of irrigated agriculture in the valley, which is surrounded by the natural desert. The close-up images show the growth of El Centro, California, and the urban area of Mexicali/Calexico on the border. These cities' populations have grown rapidly over the last few decades:

The Salton Sea's resources include fish, migratory birds, and recreation, and several endangered species rely on the sea for habitat. These resources are threatened by how the sea may change in the future. Because the sea has no outlet (other than evaporation), dissolved salts are left behind and salinity gradually rises each year. If water levels drop, air quality could be affected; the exposed lakebed could increase the intensity of dust storms. This area already has the highest childhood asthma rate in California (U.S. Department of the Interior, 2007).

Furthermore, recent water transfer agreements will reduce agricultural inflows into the sea by an estimated 30% by 2018, which will cause the Salton Sea to recede. To address these problems, evaporation basins are under consideration to extract some of the salt. Wetland impoundments are proposed to maintain wildlife habitats. Pumping saltwater to the Gulf of California might also be attempted. 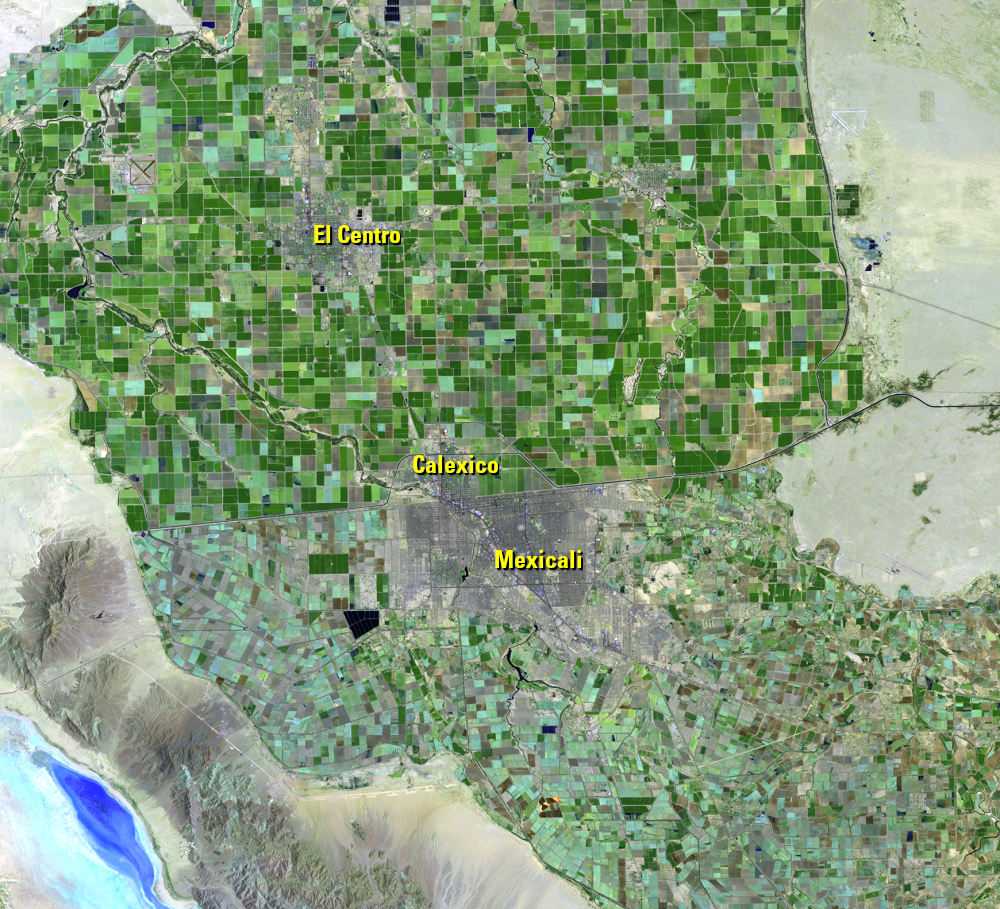 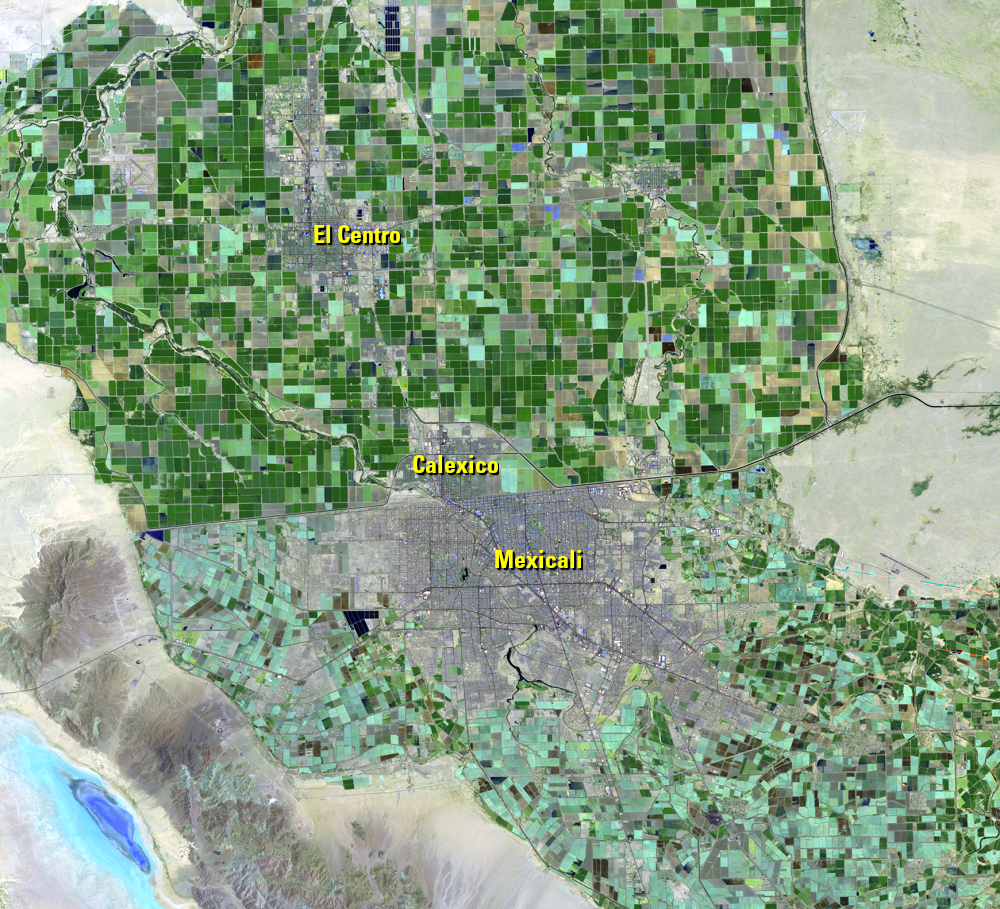 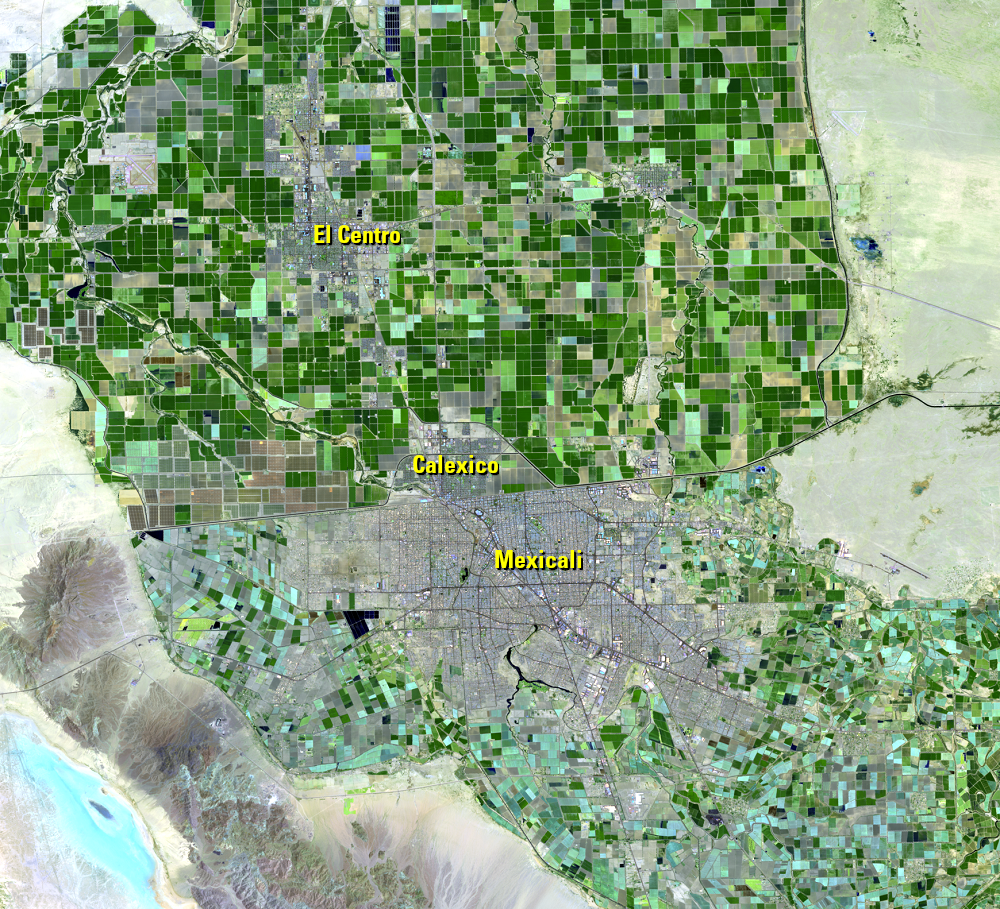 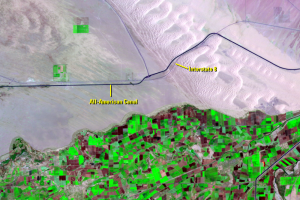 The All-American Canal (visible as the dark line in these close-ups) is now the Imperial Valley's main source of water. It carries 26,155 cubic feet o... 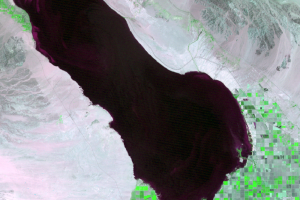 For thousands of years, the Colorado River flowed above and to the east of the valley, on its way to the nearby Gulf of California. The river was high...