The storm cost EROS over $1.2 million in damage. Vehicles were smashed, branches broken, foliage shredded, windows broken, and ground pockmarked. The hail destroyed an array of 512 solar panels, which had heated 60% of the photo lab’s water. Many skylight panels were broken, and the roof sprang leaks. The hail broke concrete paving stones on the roof. The antenna for Landsat 7 (which launched in 1999) was only a month old; the electronics were smashed and the dish had over 2,000 dents. Luckily, no one was injured.

What’s EROS doing out there in the middle of cropland anyway? First, it was placed in the center of the continent to receive data from satellites coast-to-coast. So that’s what brought EROS to South Dakota. EROS was built out of town to avoid radio and TV interference and to give the receiving antennas a clear view from horizon to horizon. 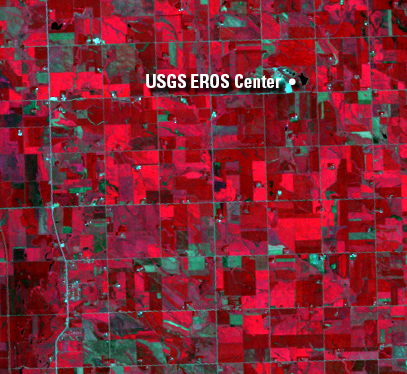 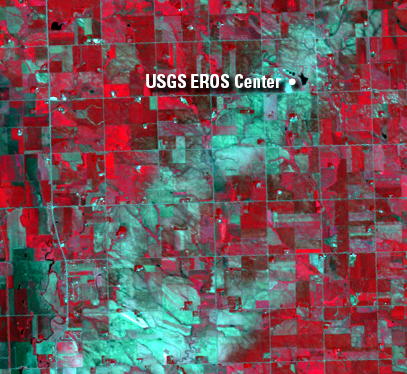 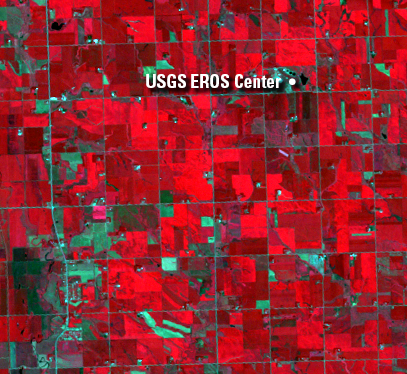