Many of the world’s highest peaks are the barely tallest points of high ranges, but Kilimanjaro stands alone, 15,000 feet above the surrounding plains. It actually has three peaks from three old volcanoes: Kibo (2), Mawenzi , and Shira.

In these Landsat images, concentric rings show the vegetation zones around this unusual peak. The bare summit is surrounded by low grass and shrubs. These transition to a band of forest, protected as a reserve, which appears bright green. Below this is a densely populated agricultural area, appearing as speckled light green in the Landsat images. And at its base, the mountain turns dry again, supporting fewer plants and people.

People have farmed the lower slopes for at least 2,000 years. In the last century, the mountain’s population has grown rapidly—about tenfold between 1910 and 2000. These people raised cattle, fruits and vegetables, and coffee. Prevented from migrating upslope by the forest/wildlife preserve, people have moved out into drier areas. 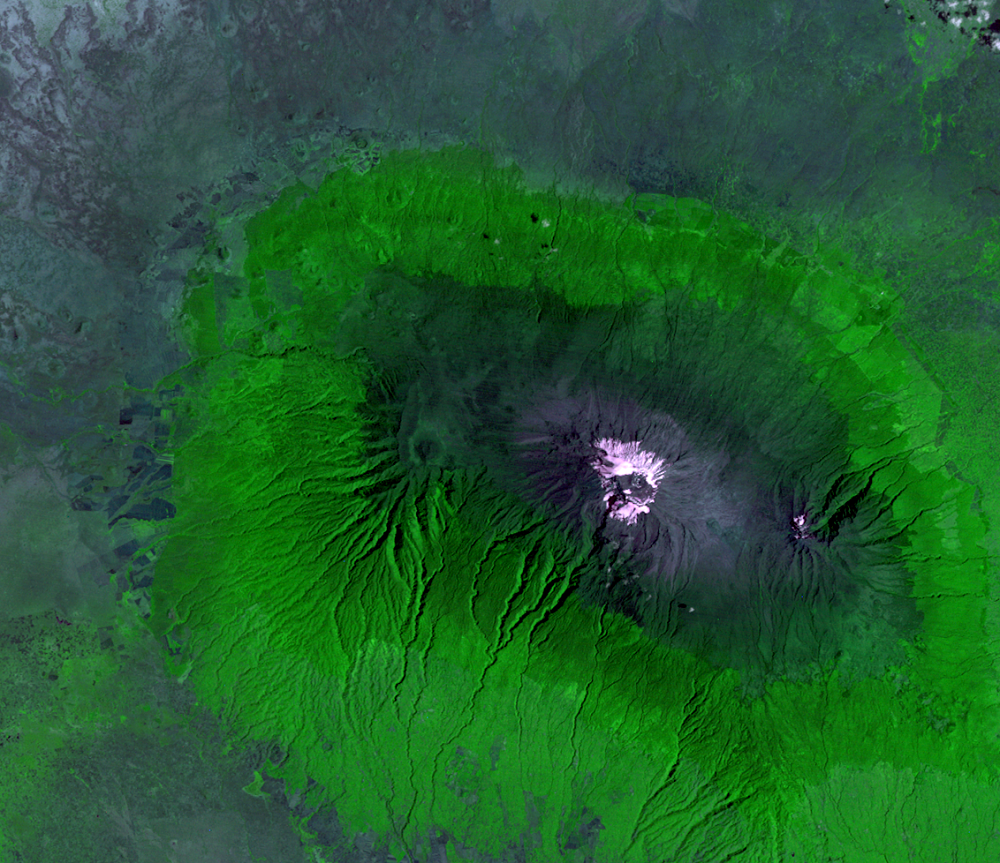 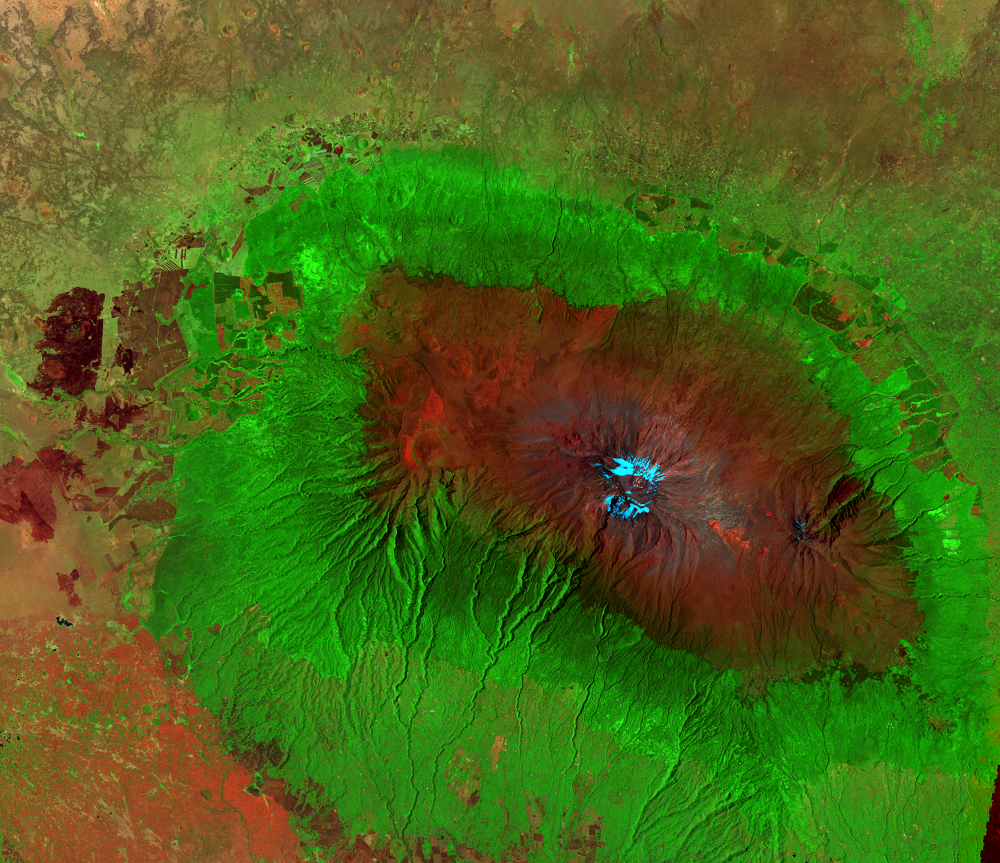 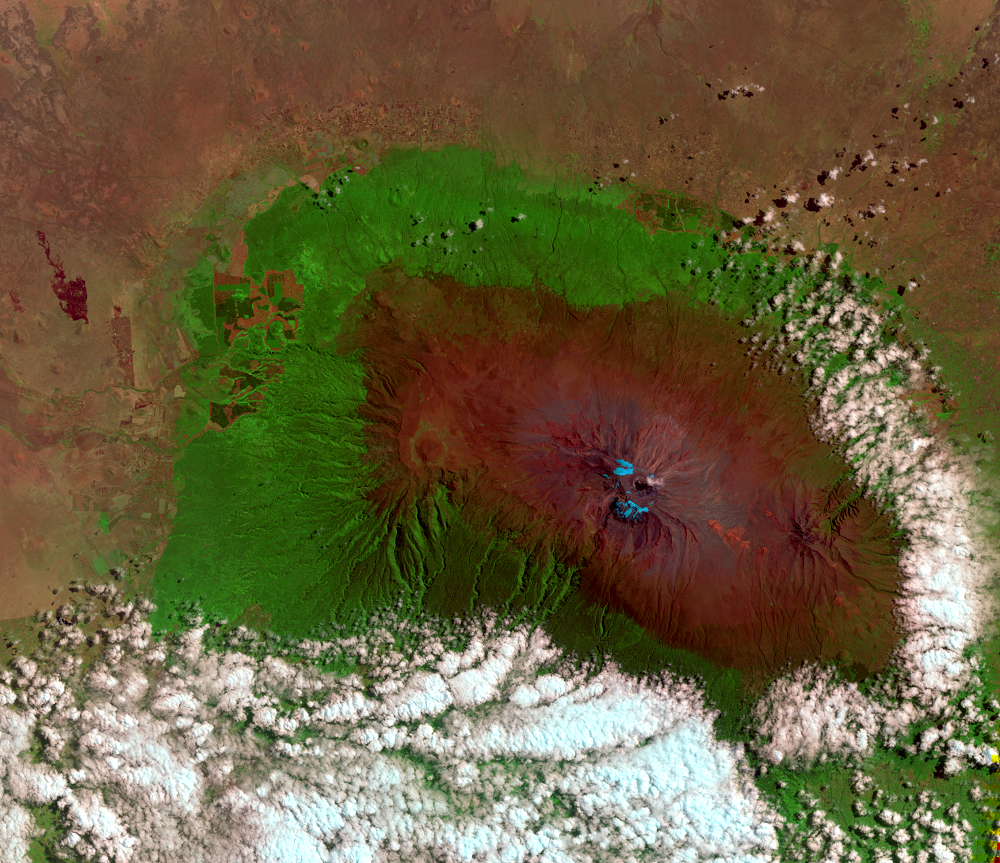 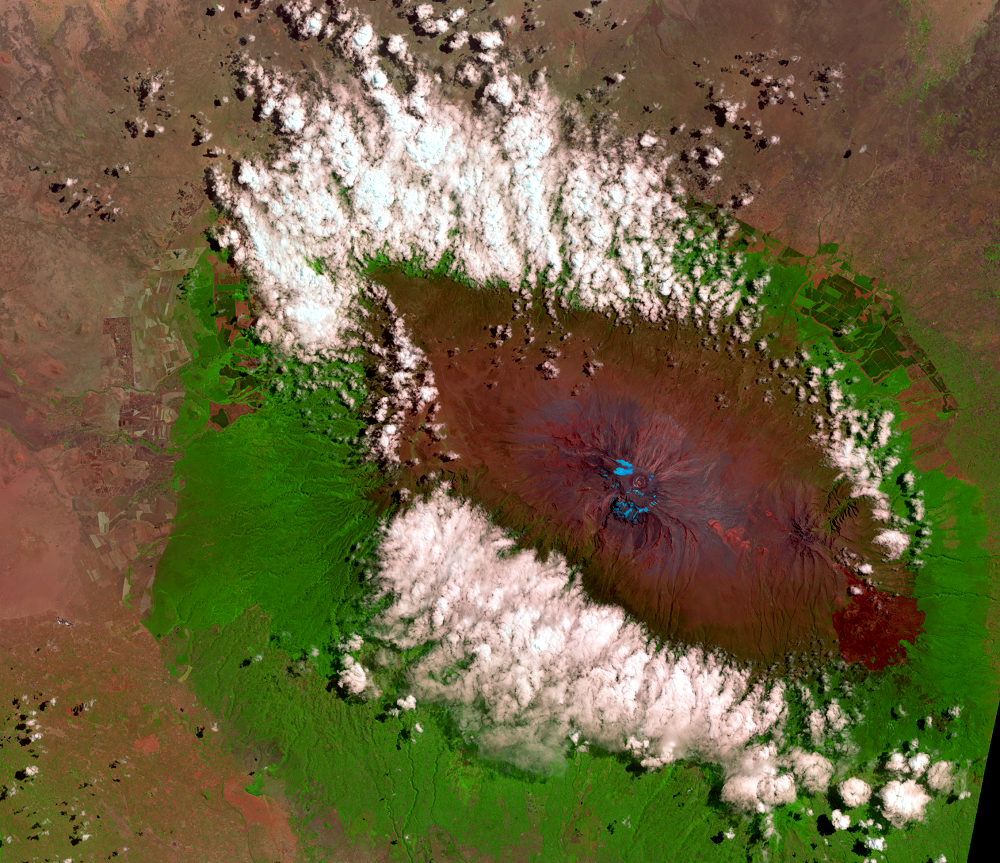 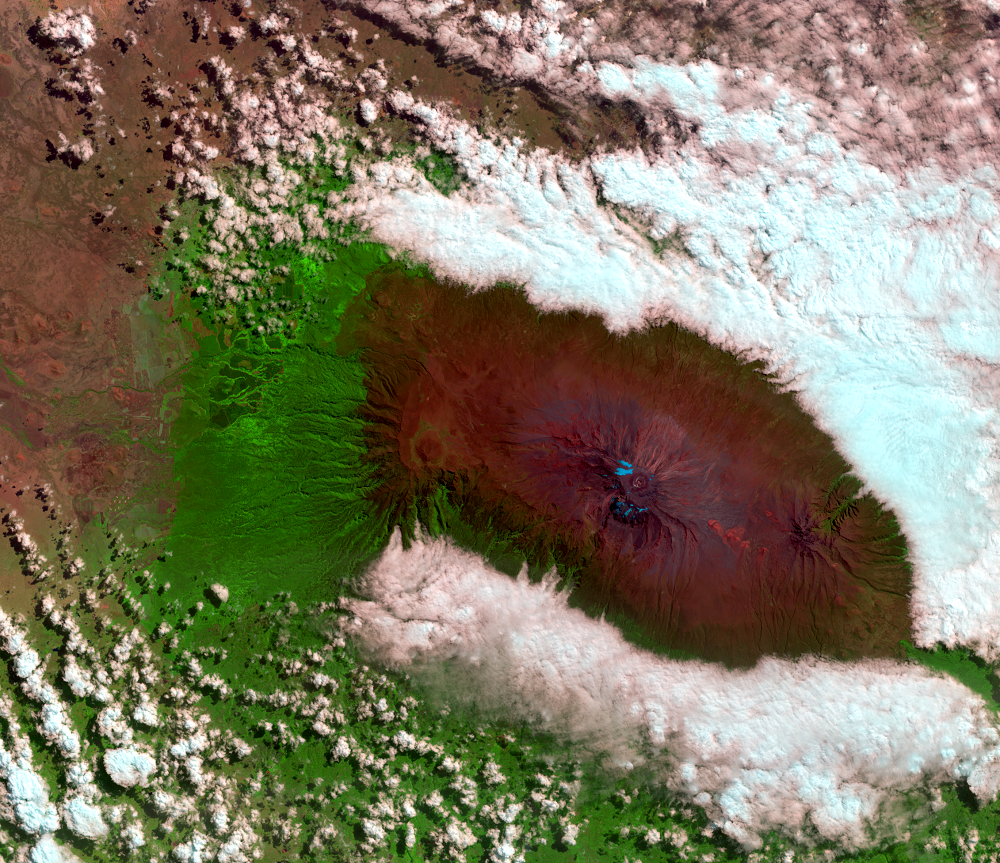 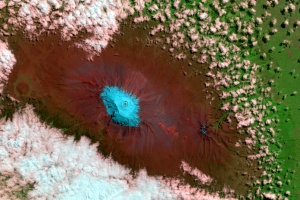 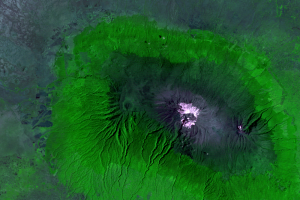 Why have these glaciers been shrinking? One factor is snowfall. We don’t have weather measurements from the peak until very recently, but scientists h... 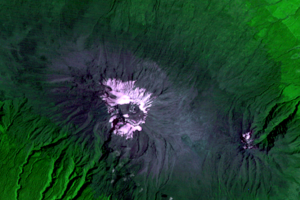 As the 2000 image was being taken, climatologist Lonnie Thompson was camped on the glacier ice, drilling out samples for analysis and preservation. Wh...