Shanghai is expanding in every direction. The city is growing in a similar pattern to other cities around the world. Its population gain is mostly in suburban and exurban areas.

Between 1997 and 2008, developed land increased by 219.5%, most of it converted from former cropland. That developed land includes more than just housing. Industry and colleges have also moved to the urban fringe because of more space and lower land prices. The Landsat images show this noticeable increase of development. 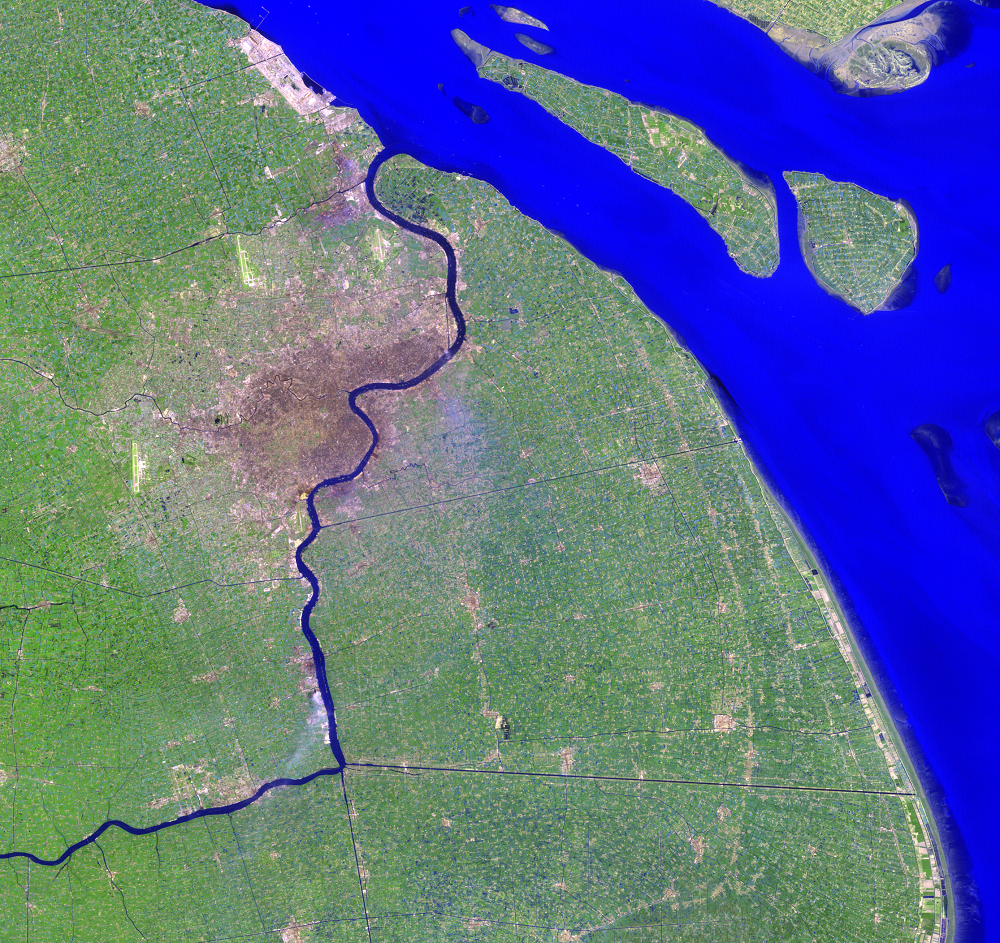 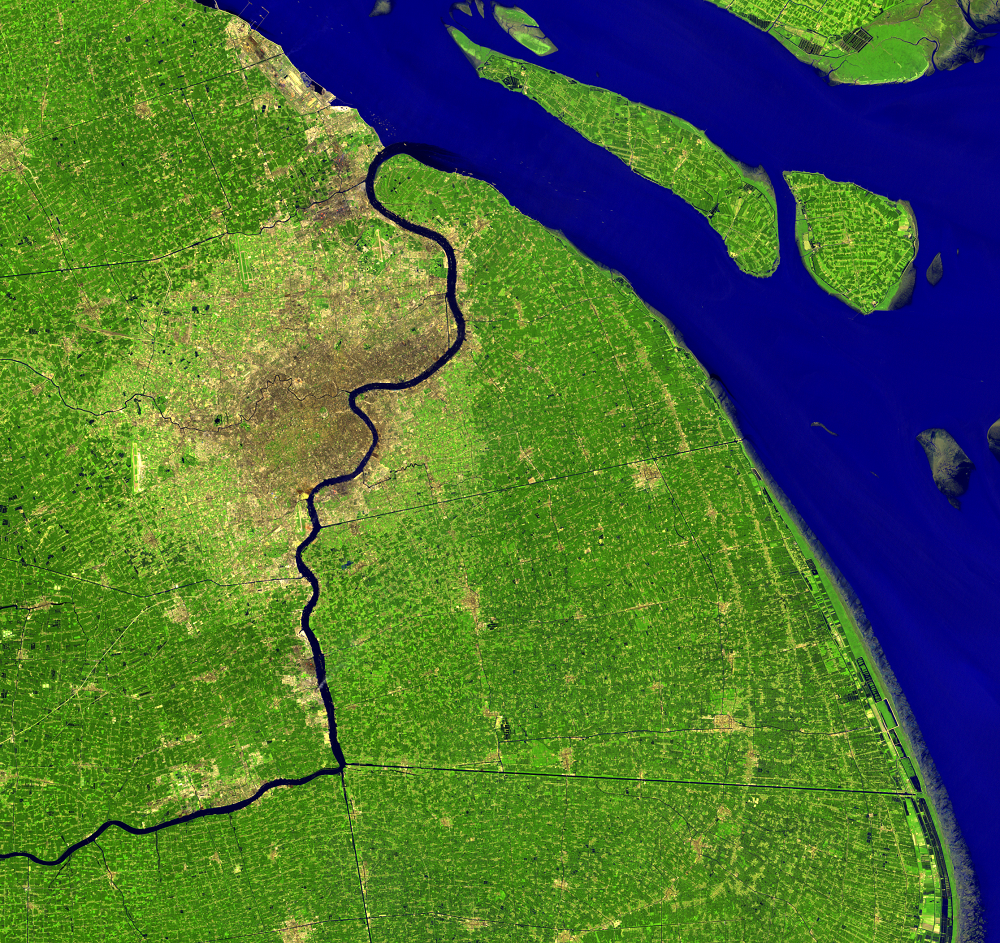 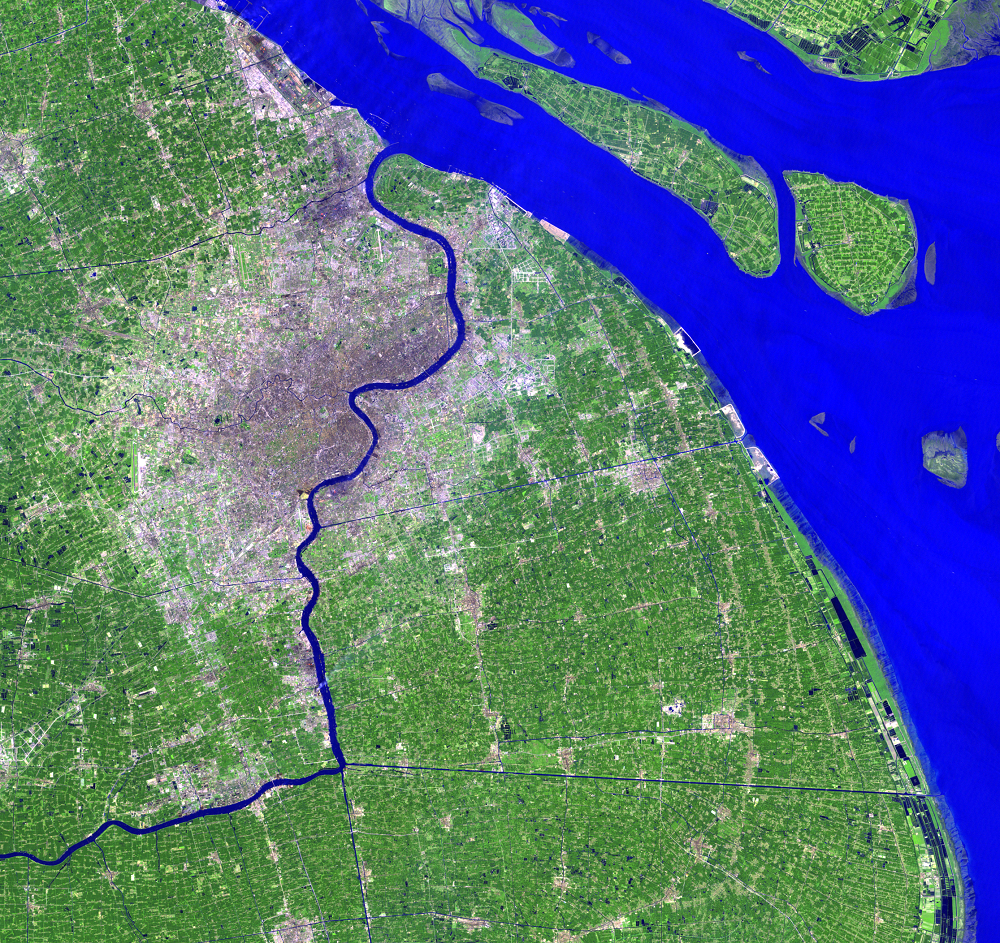 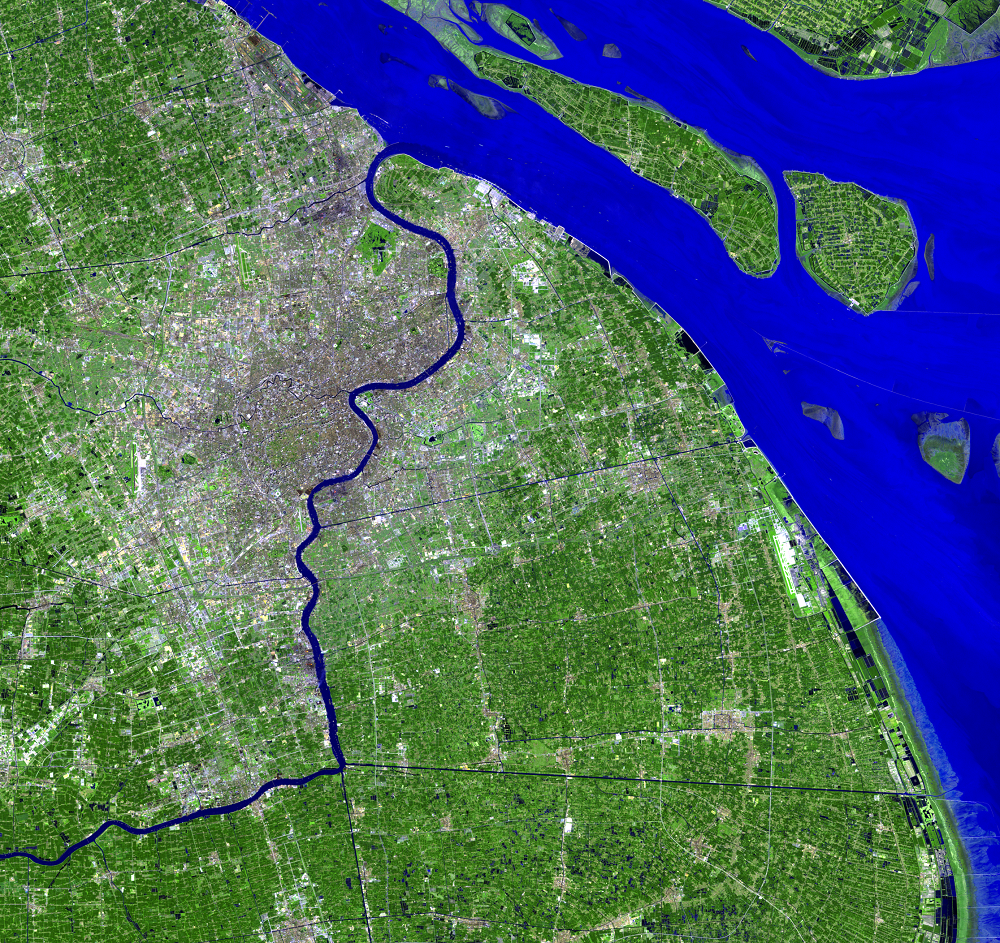 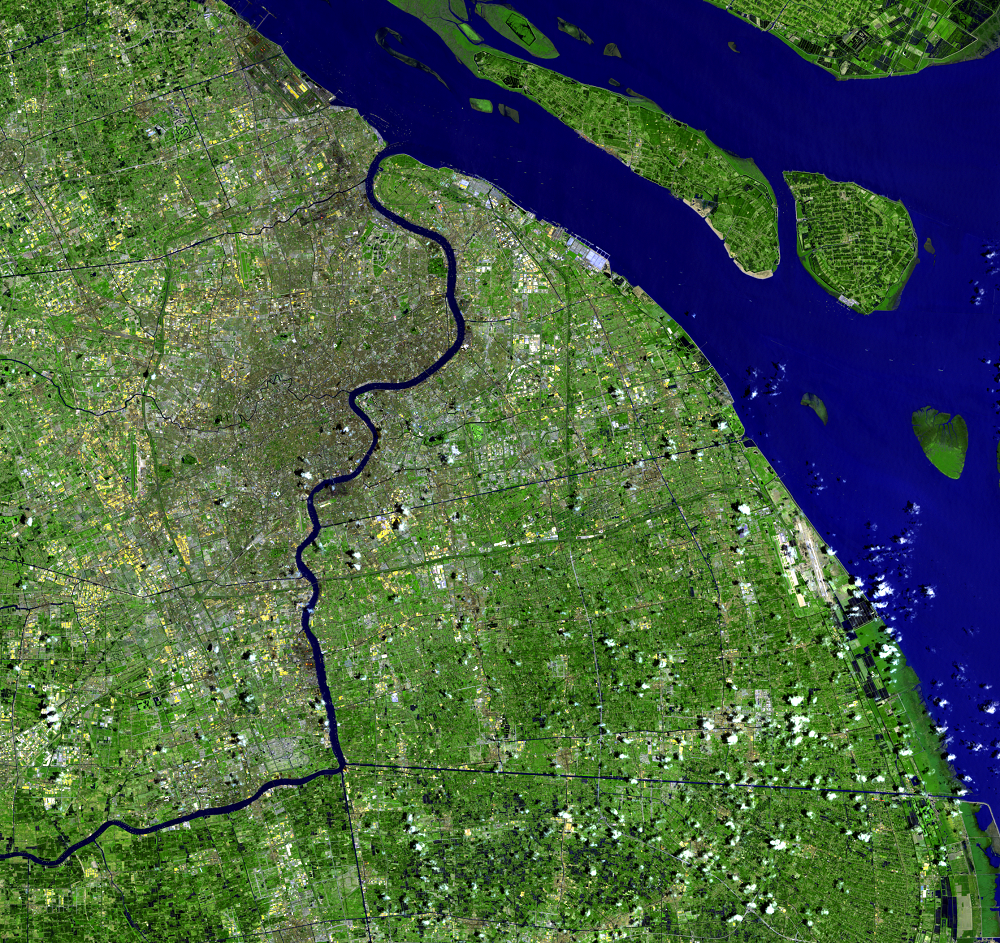 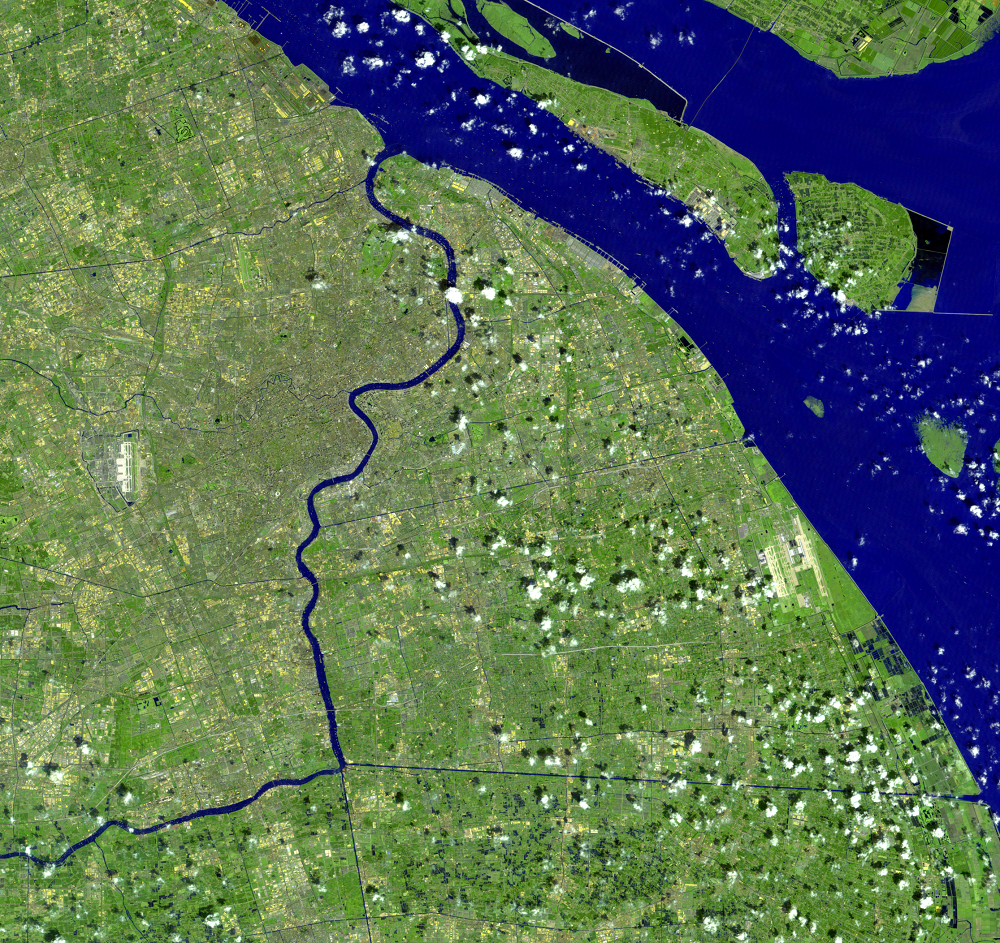 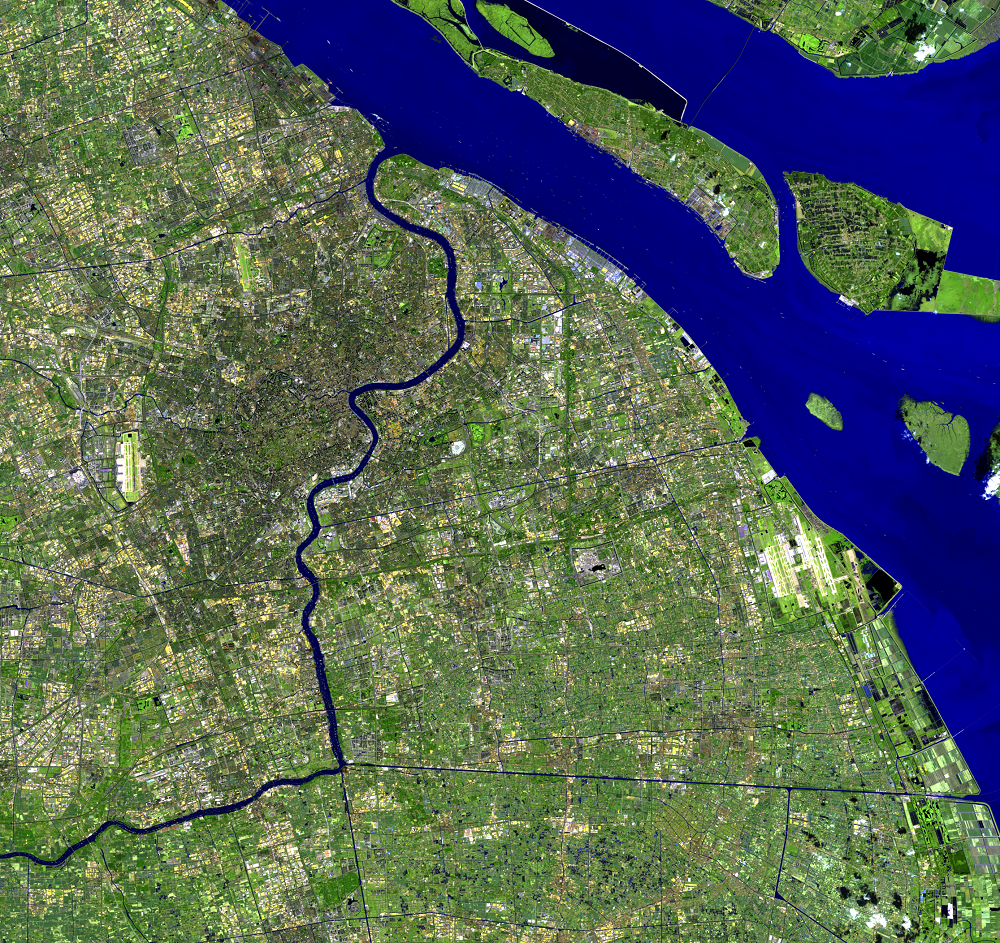 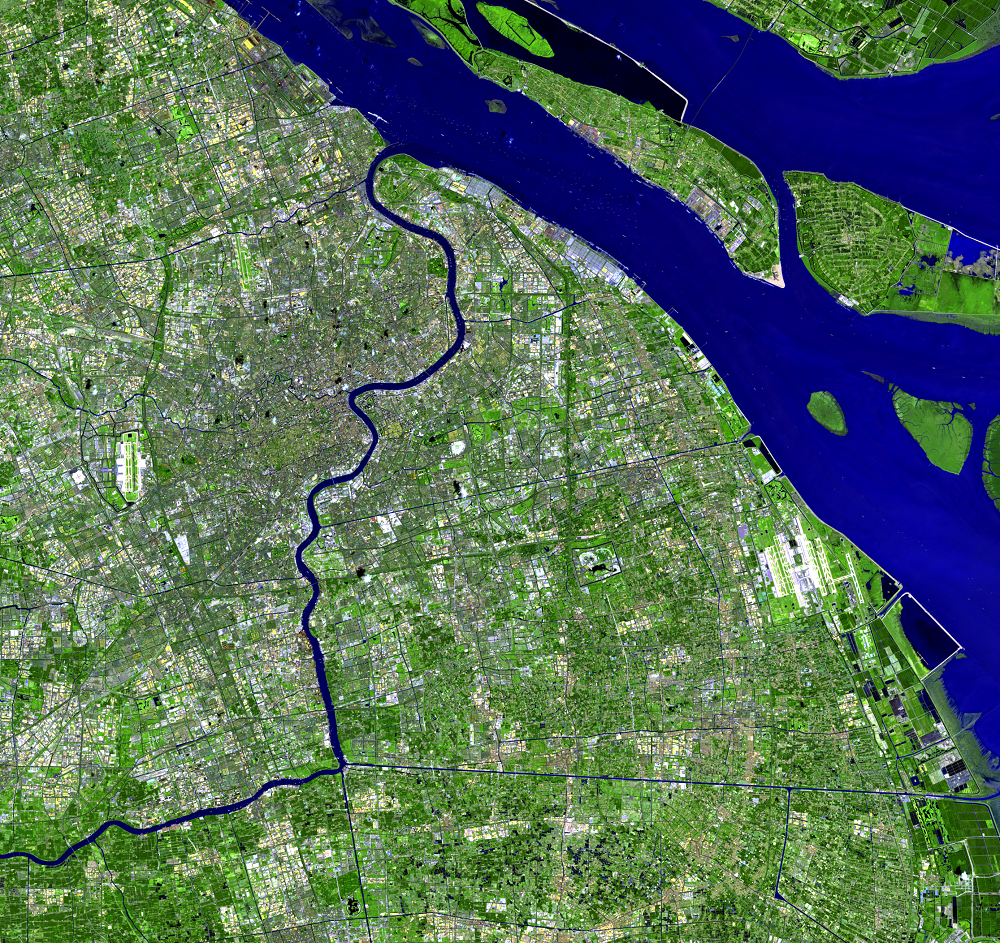 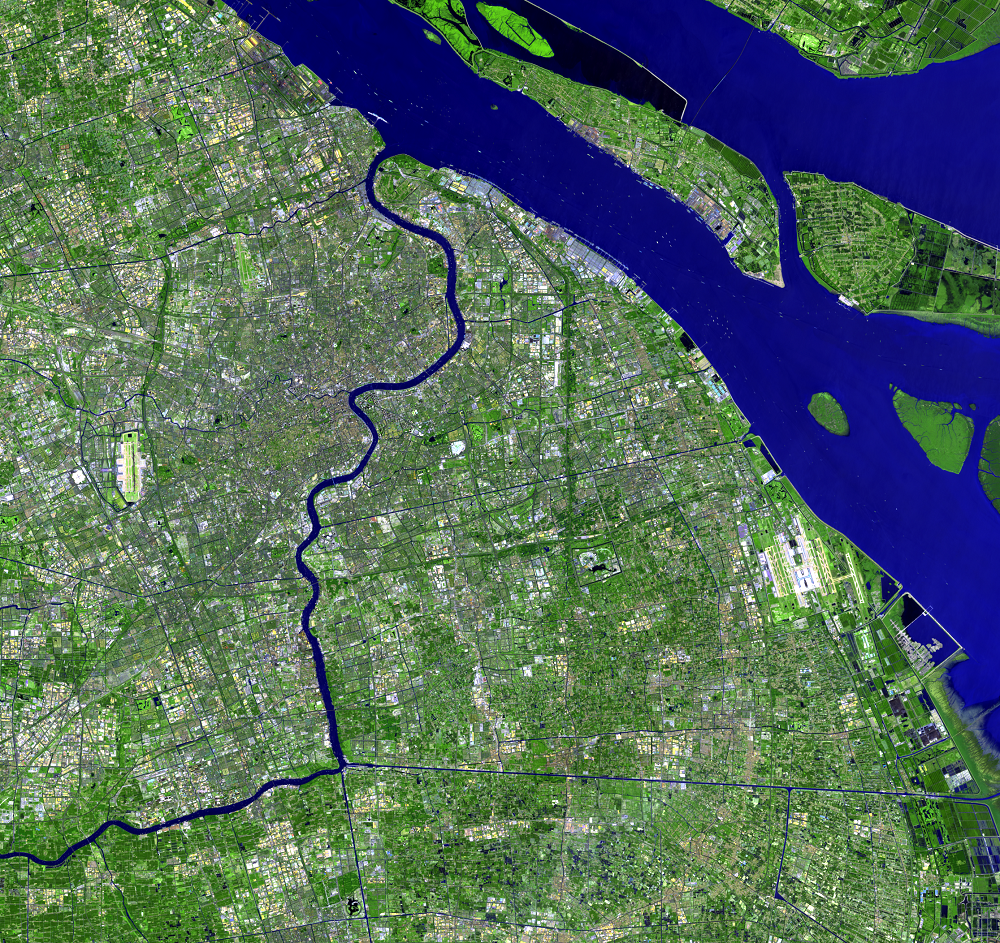 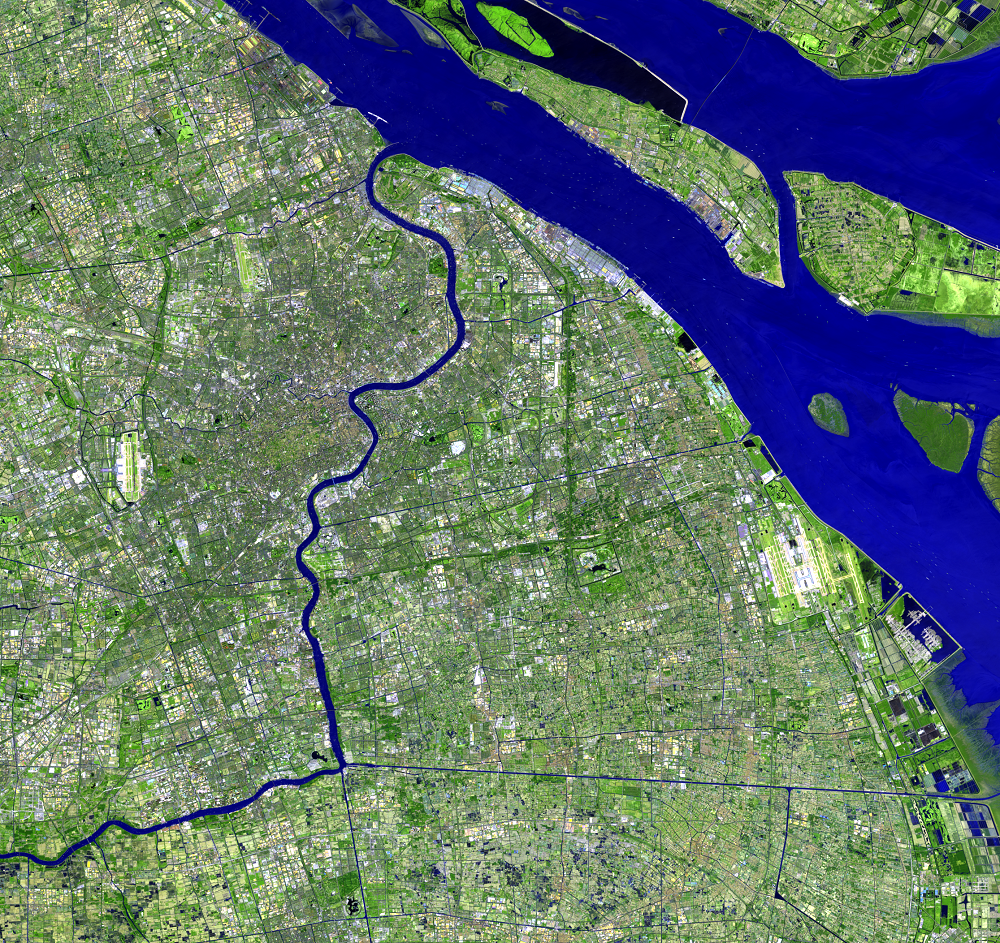 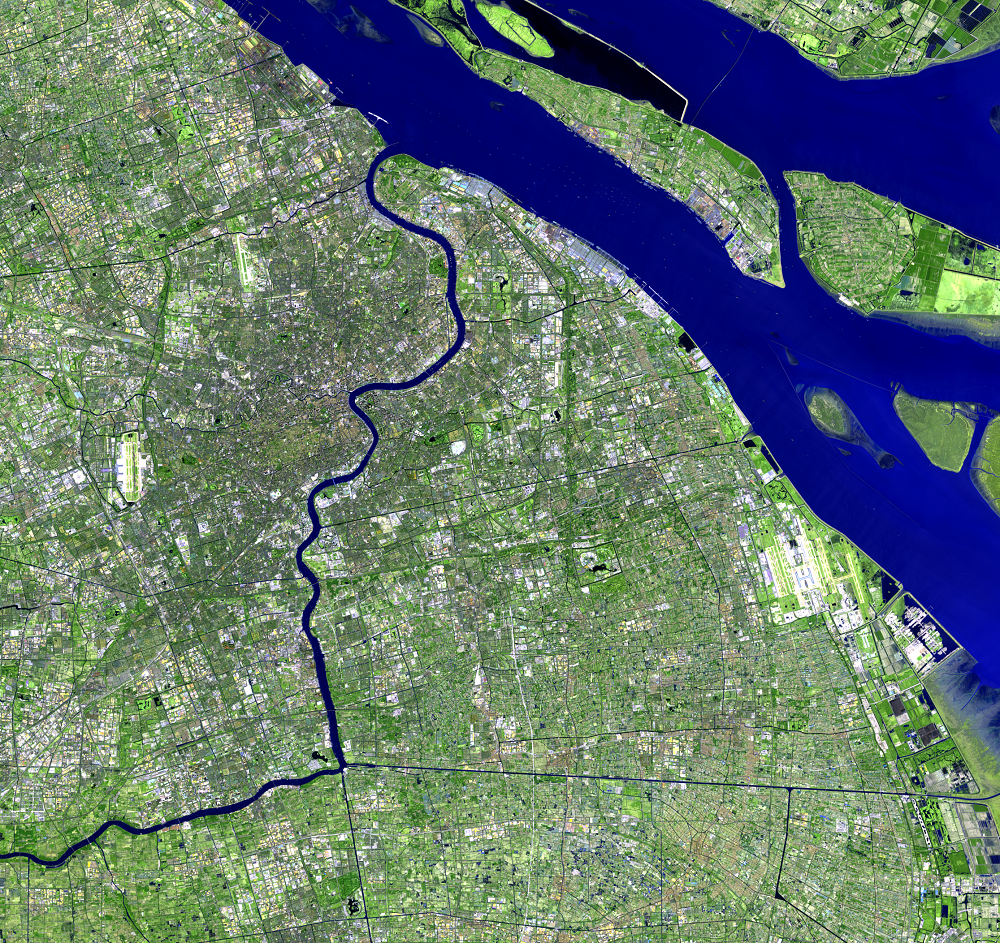 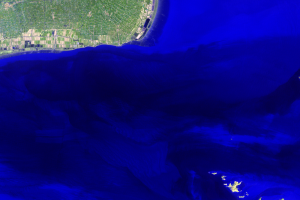 Southeast of Shanghai is an area of major land change where a planned city is being built. Nanhui New City covers about 74 square kilometers and is in...