Those constructed surfaces have another measurable effect. Construction materials like concrete and brick absorb heat. They then release the heat at night, increasing temperatures and creating an urban heat island.

One study found that over 2001–2016, the land surface temperature rose in Pune in areas where there is reduced green cover. The outskirts of Pune especially experienced this increase in temperatures. An increase of 4–5 degrees Celsius is possible between the city and rural areas. The urban heat island effect can also mean warmer than normal nighttime temperatures.

Besides the urban heat island effect, urbanization can also affect regional climate. Studies have observed that the change in temperatures can cause a change in local wind and precipitation patterns.

The urbanization appears in the images as pink and lavender hues. Pink lines are roads that spider-web across the landscape.

With the world population becoming increasingly urban, the need for assessment and monitoring of urban areas becomes more important. Decades of consistent data from the Landsat satellites make them effective for this kind of environmental monitoring. 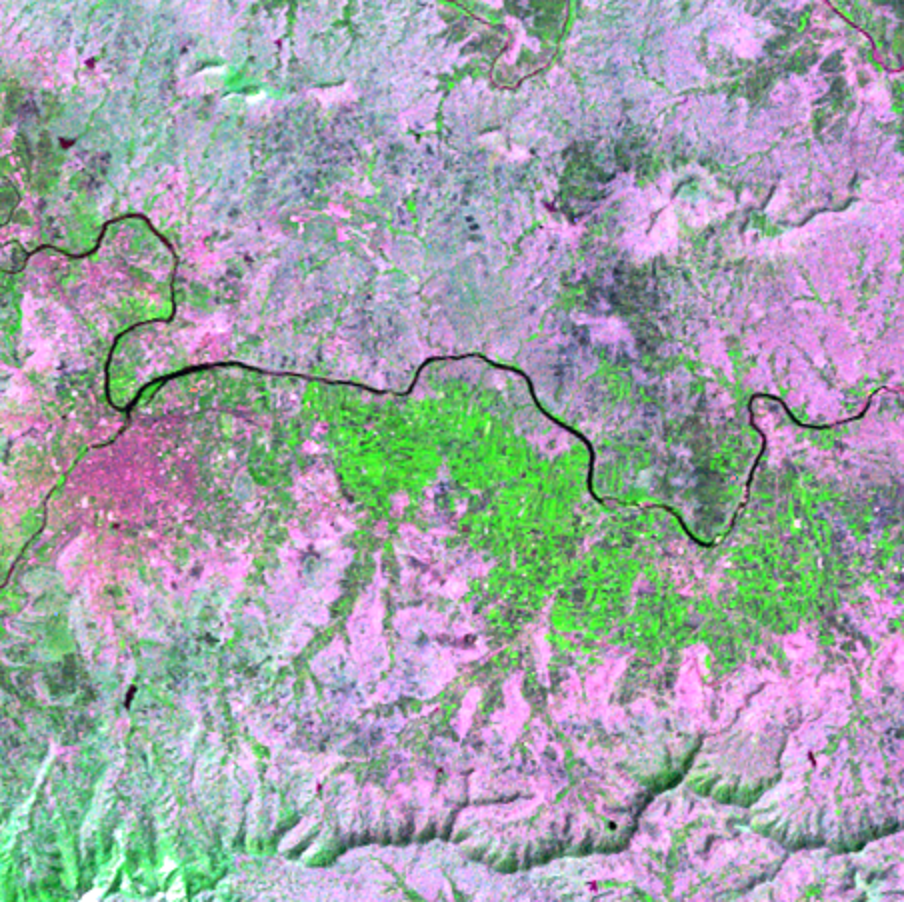 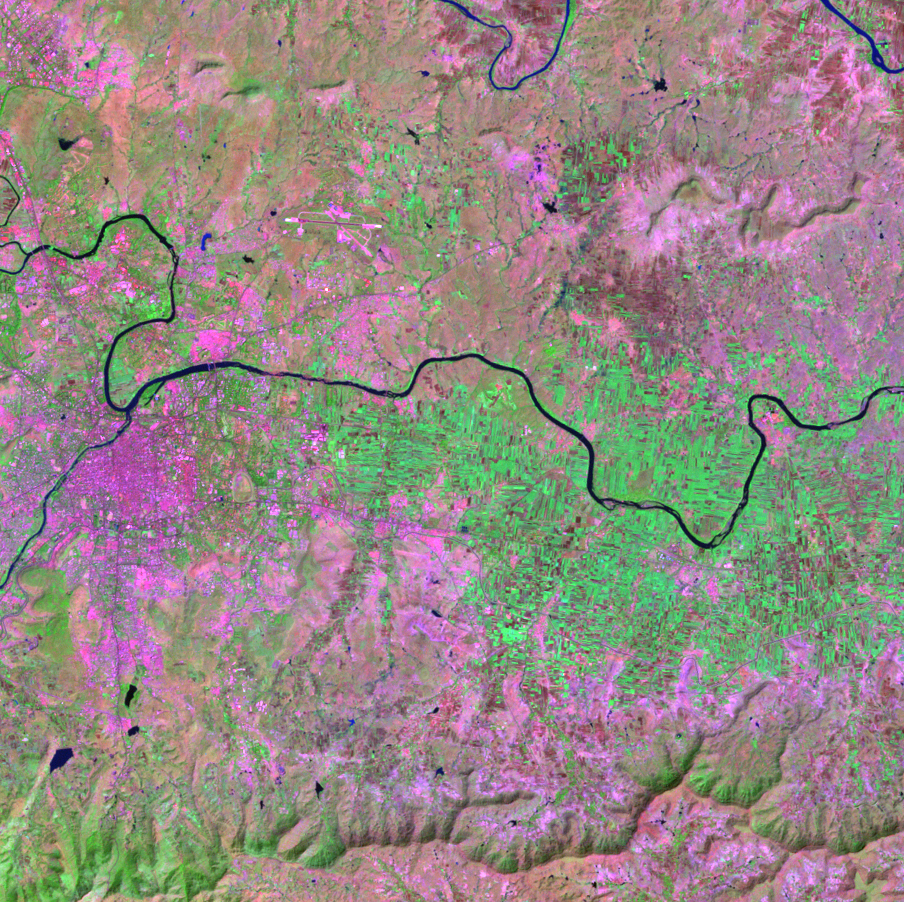 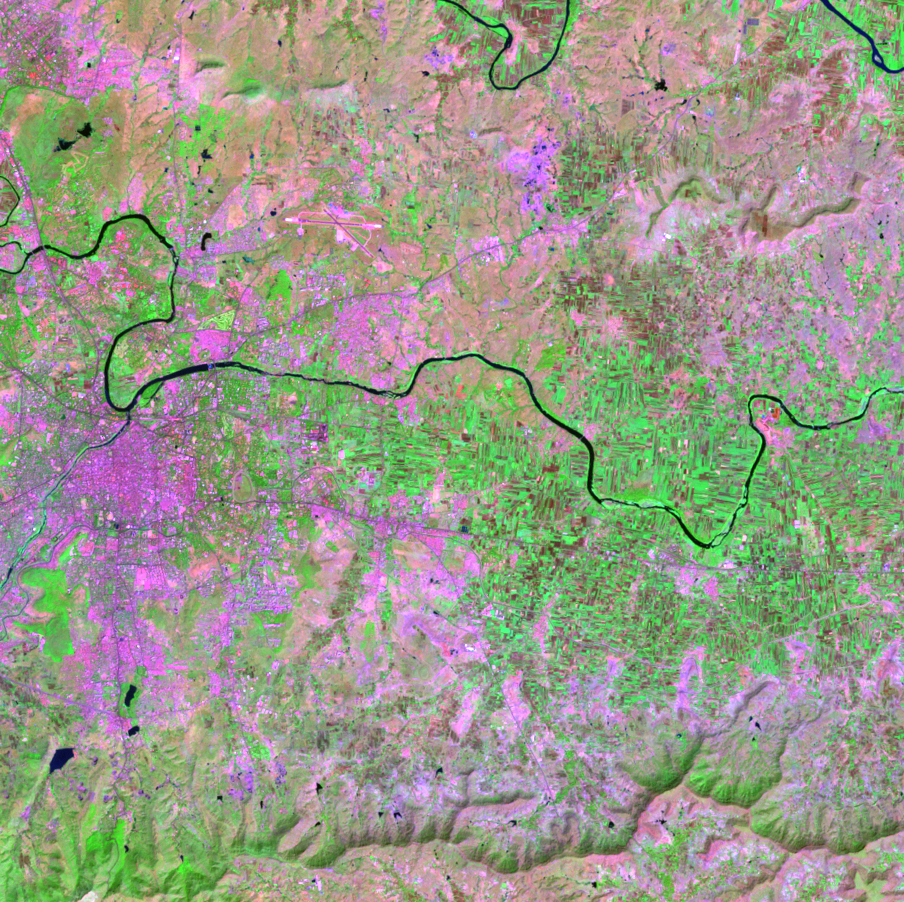 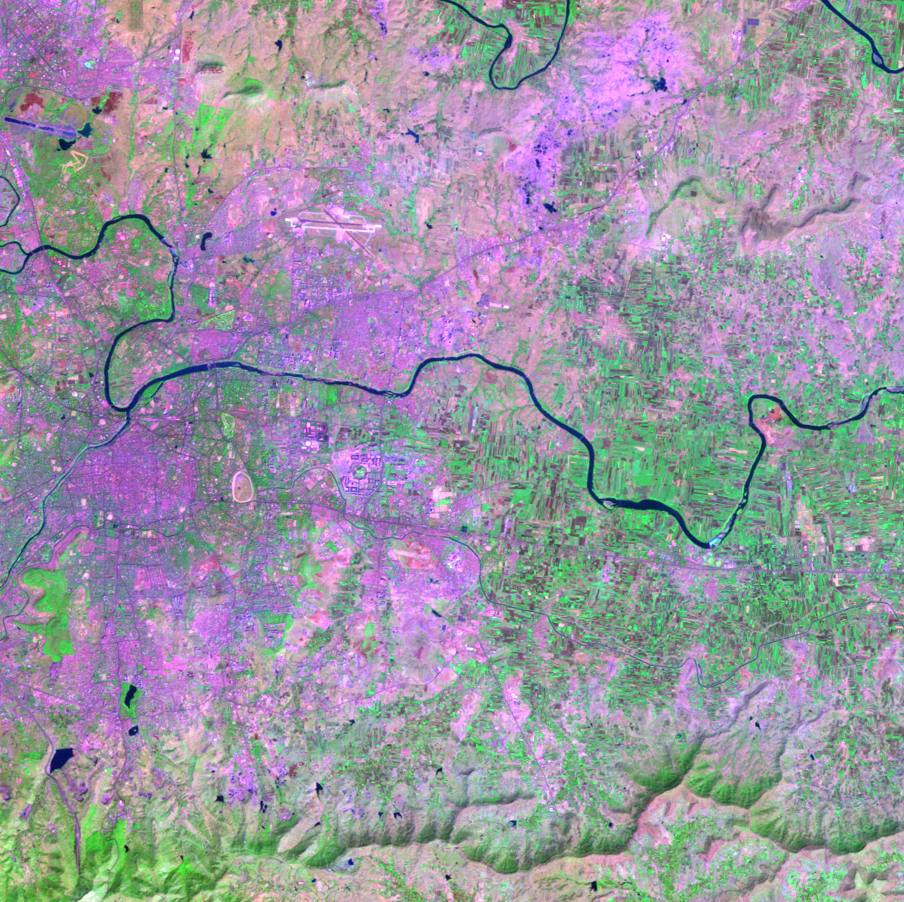 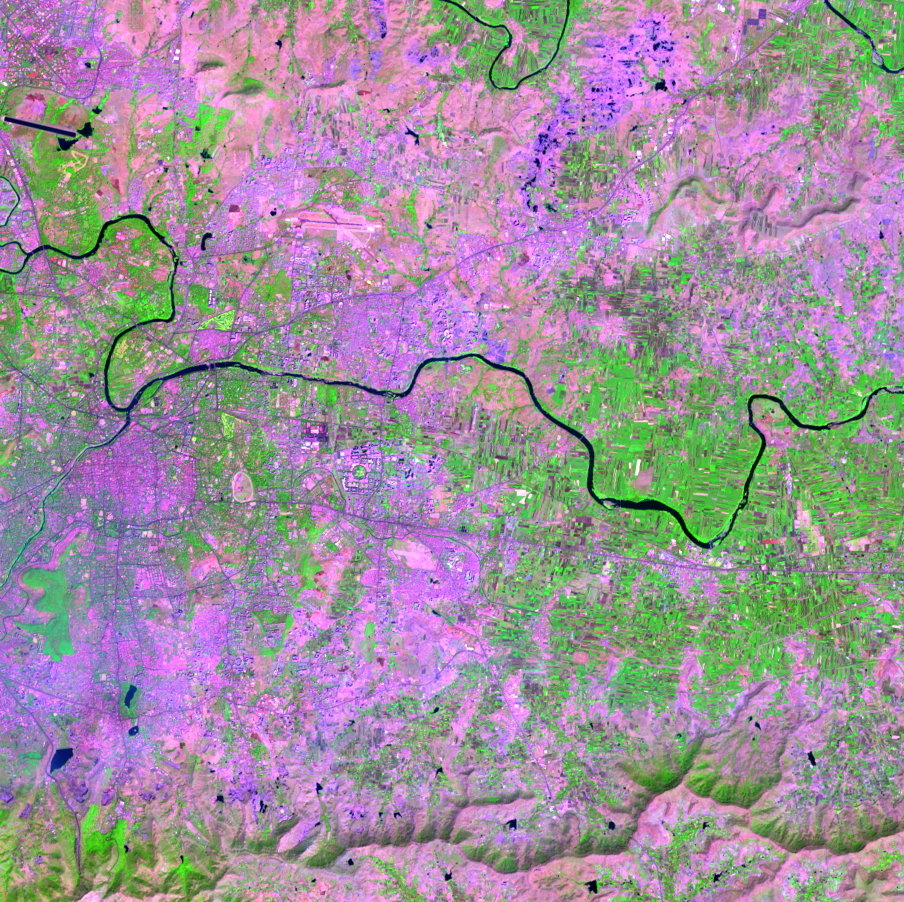 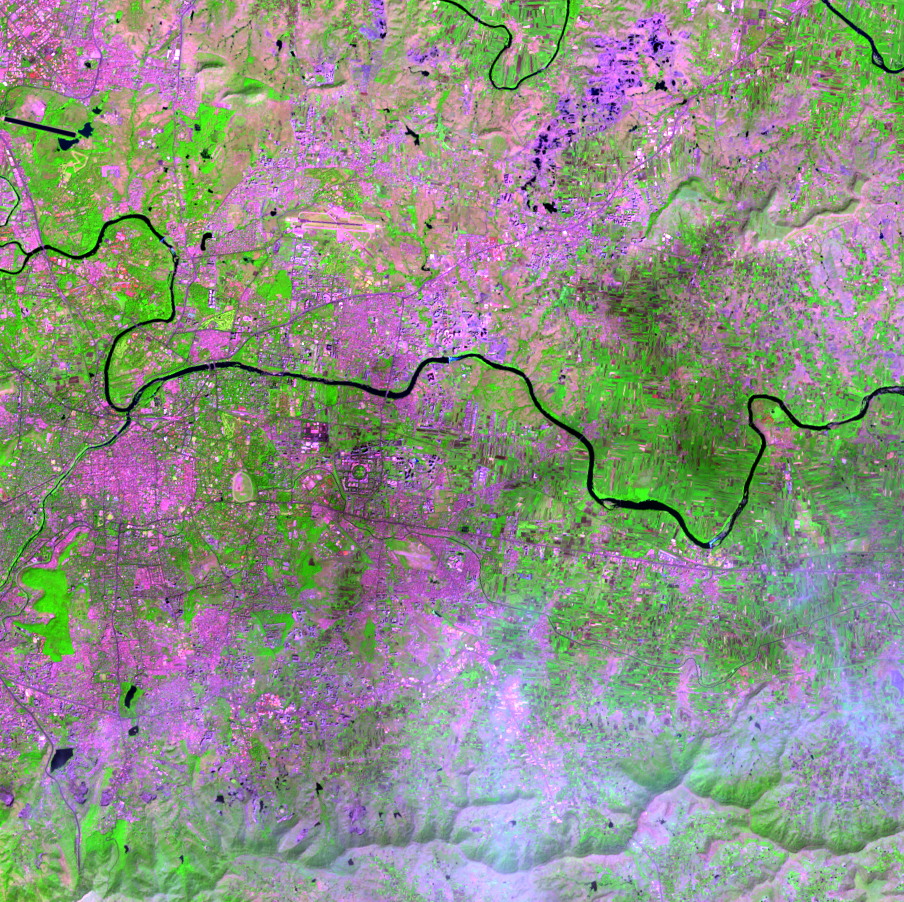 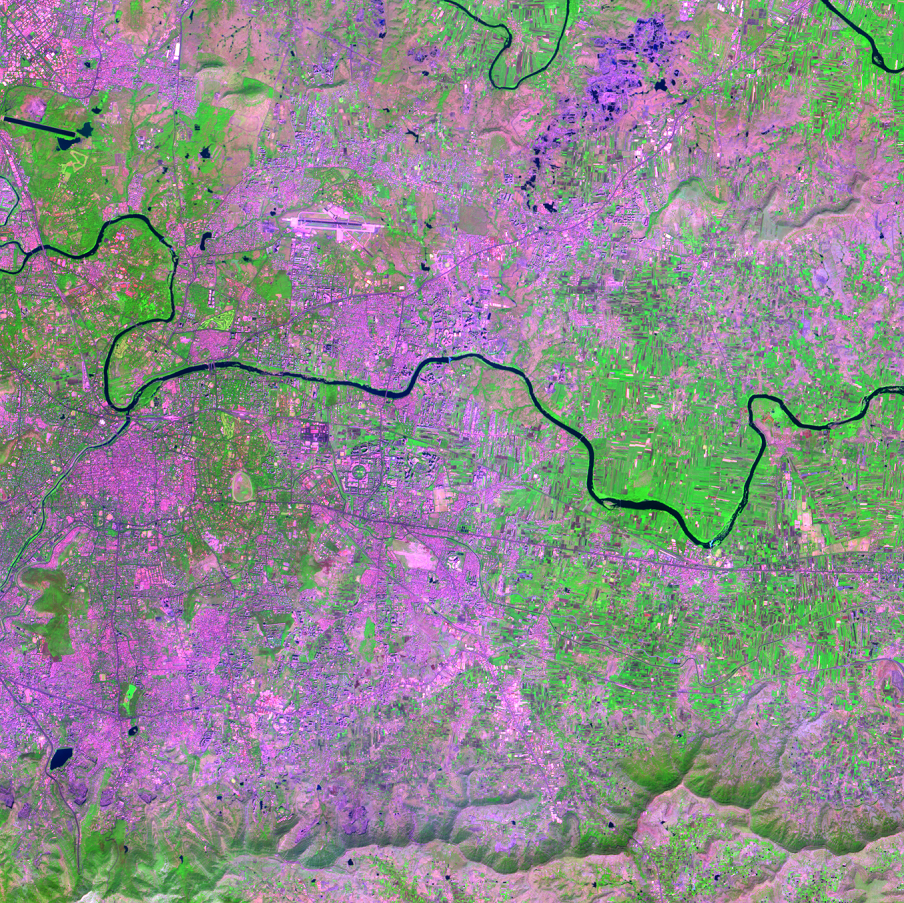 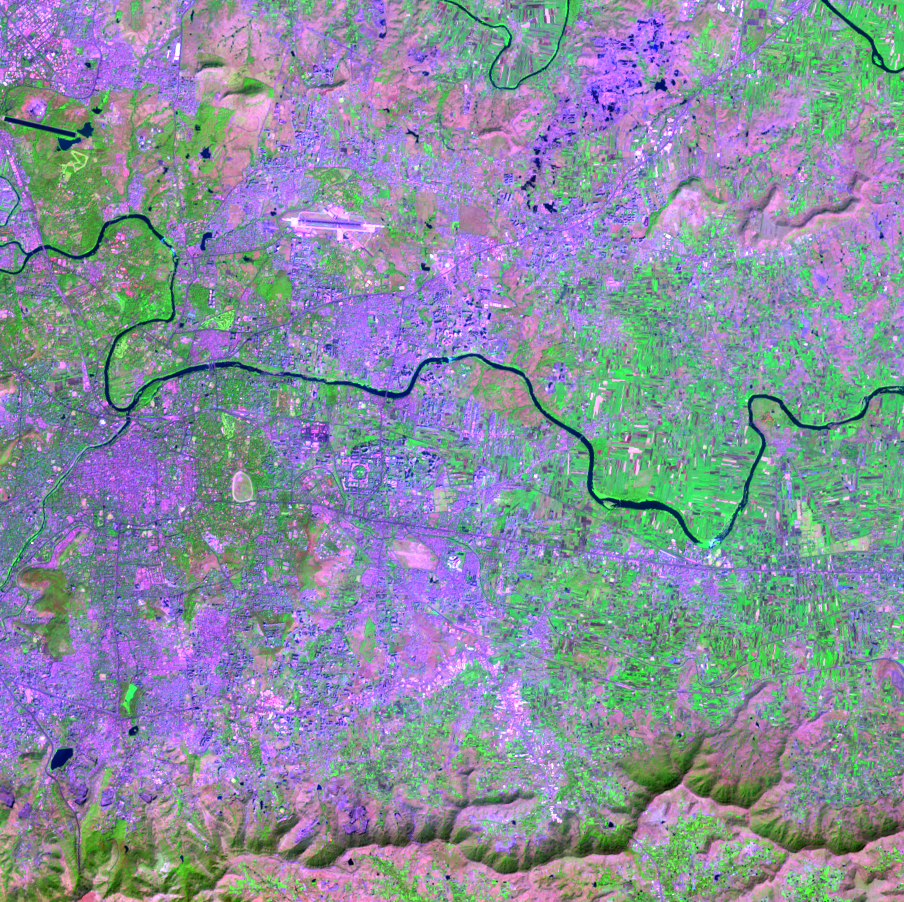 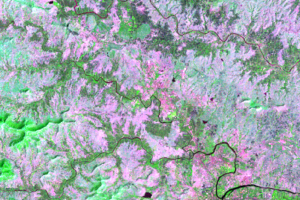 Scientists studying the effects of urban growth are concerned with surface imperviousness—the amount of land covered by human-made features such as as...