Although using the dam to retain most of the water from the Syr Darya in the North Aral Sea has had beneficial results in Kazakhstan, it means the water in the south is even more depleted.

The Amu Darya, which flows through Uzbekistan into the South Aral Sea, is used now more than ever to irrigate crops, reducing the flow to the South Aral. Although improvements in irrigation efficiency could greatly reduce the amount of water used for irrigation, making these improvements has not been a high priority.

While the North and South Arals were separating into their own water bodies, the larger South Aral also divided into two lakes: the deep western lake and a shallower eastern lake. An increasingly long channel connects the two water bodies. This channel flows either direction depending on the wind and the relative levels of the two basins.

In the past, commercial fishing was also a major industry in the South Aral Sea. In the 1980s, as the salinity level in the Aral Sea was rising, flounder-gloss—a fish species with the ability to reproduce at salinities from 17 to 60 grams per litter—was introduced successfully into the Aral from the Sea of Azov. In the 1990s, it became the only commercial fish species available for catch in the Aral Sea. However, by the end of the 1990s, the salinity reached over 60 grams per liter, which made the South Aral uninhabitable for its last surviving fish species. The salinity level in South Aral is now over 100 grams per liter, and it has no fish. 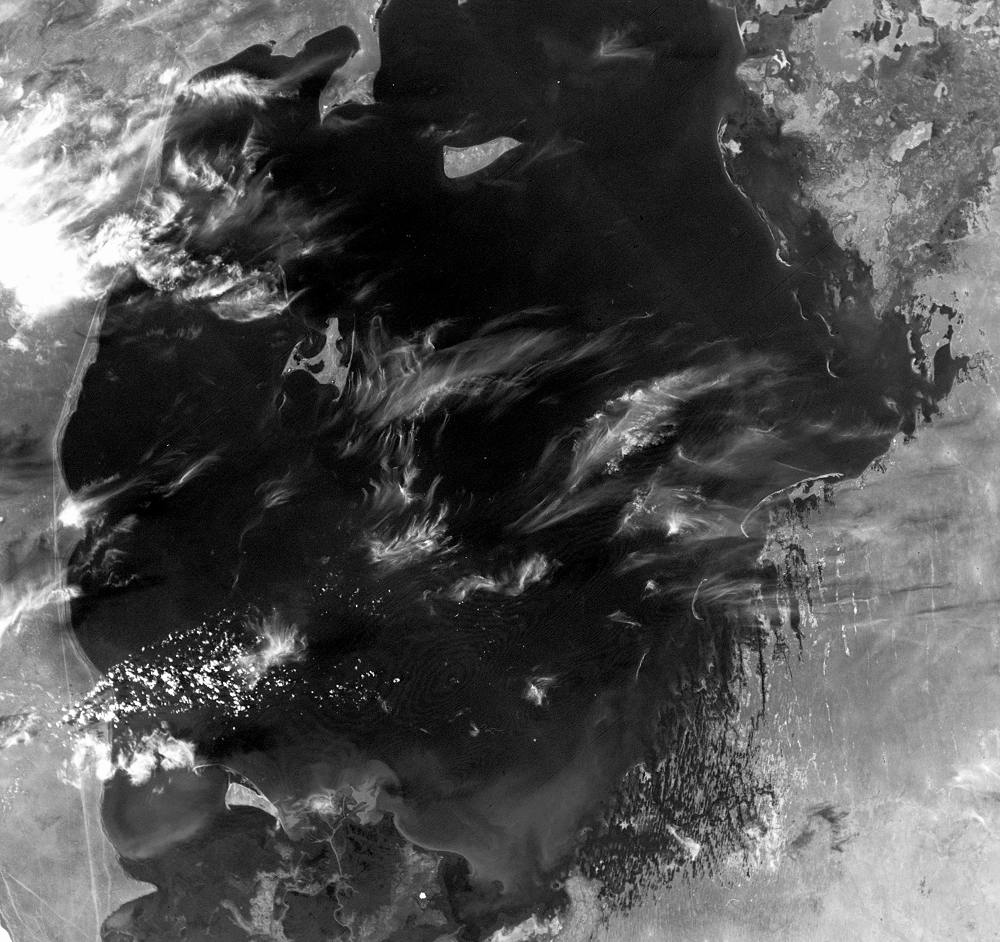 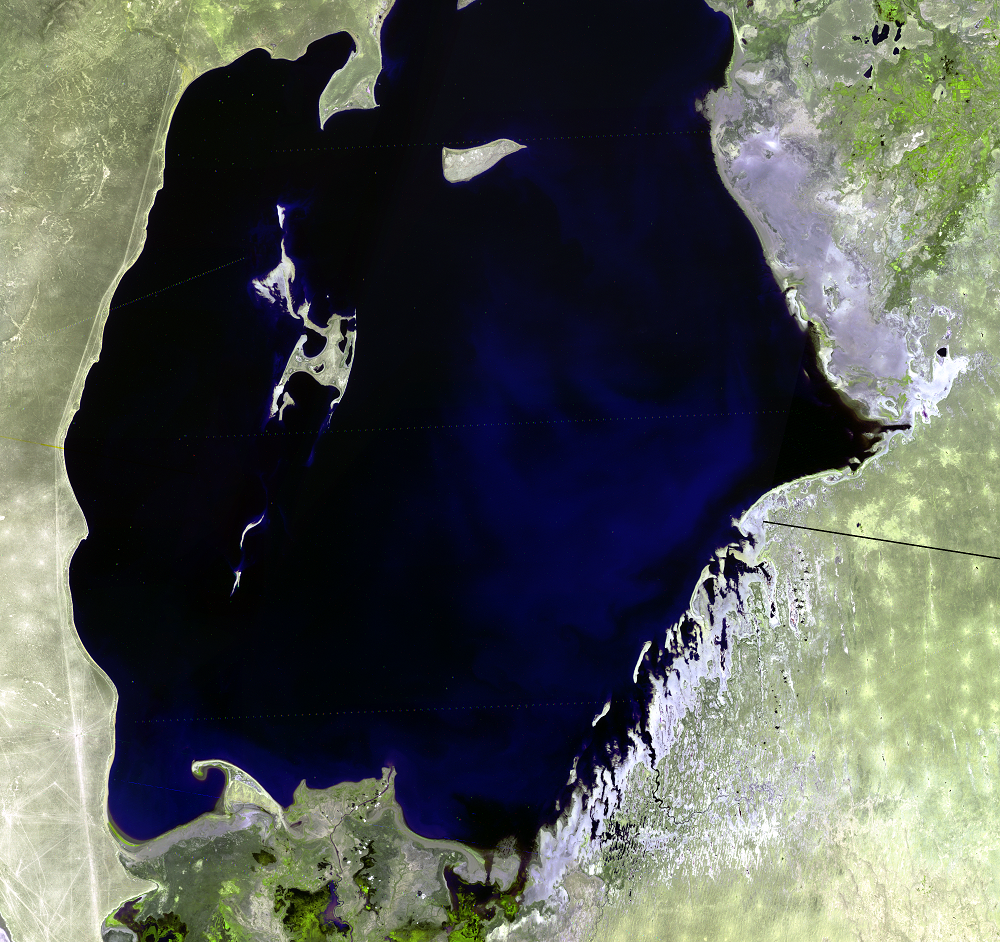 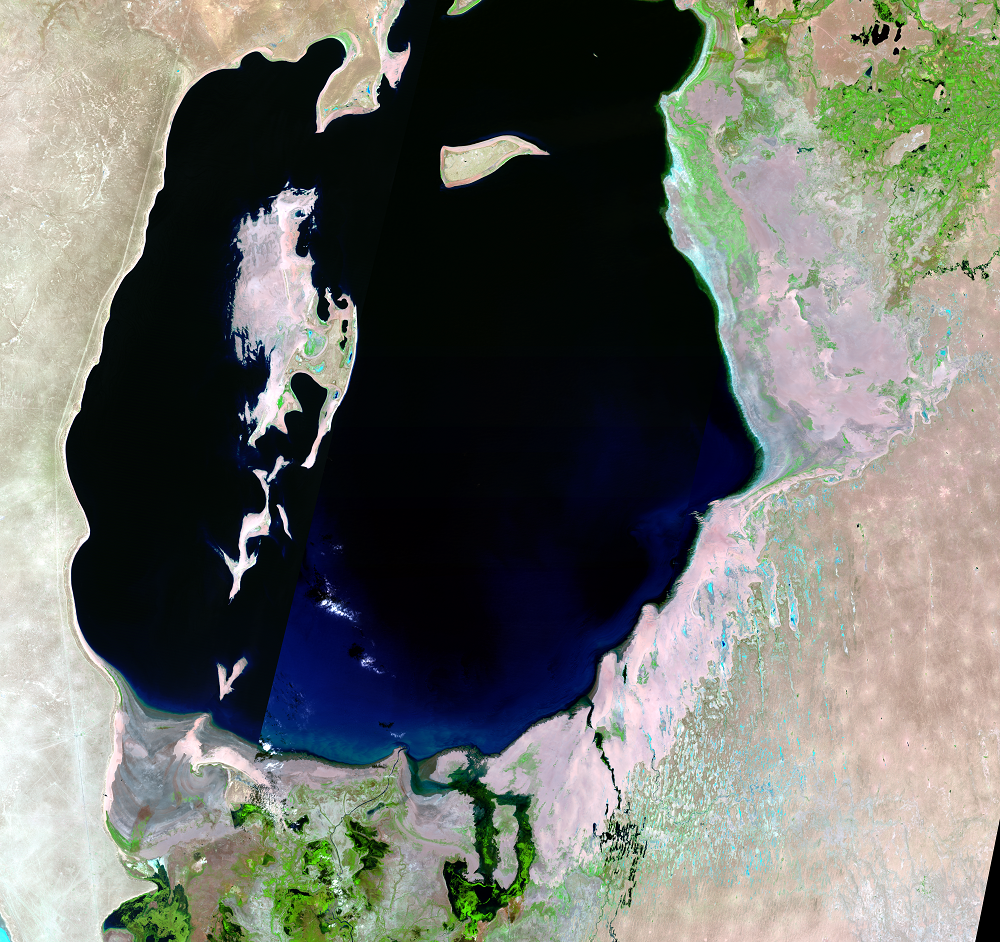 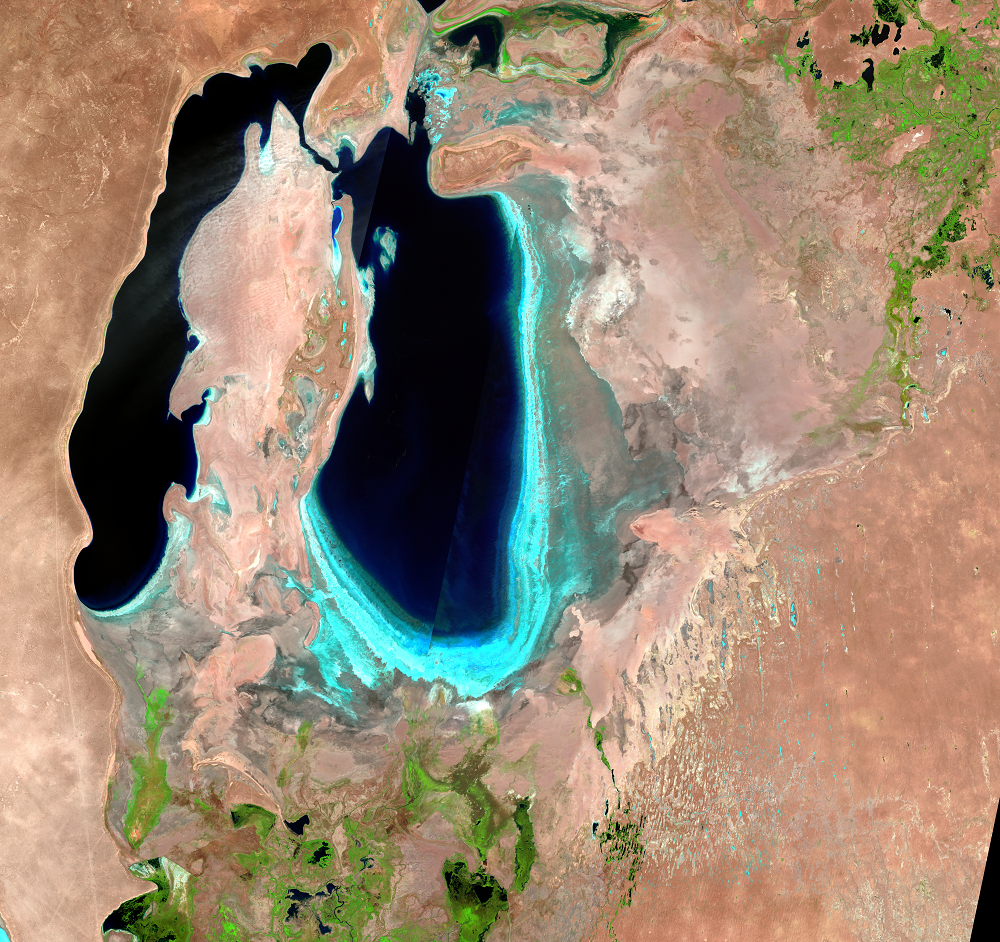 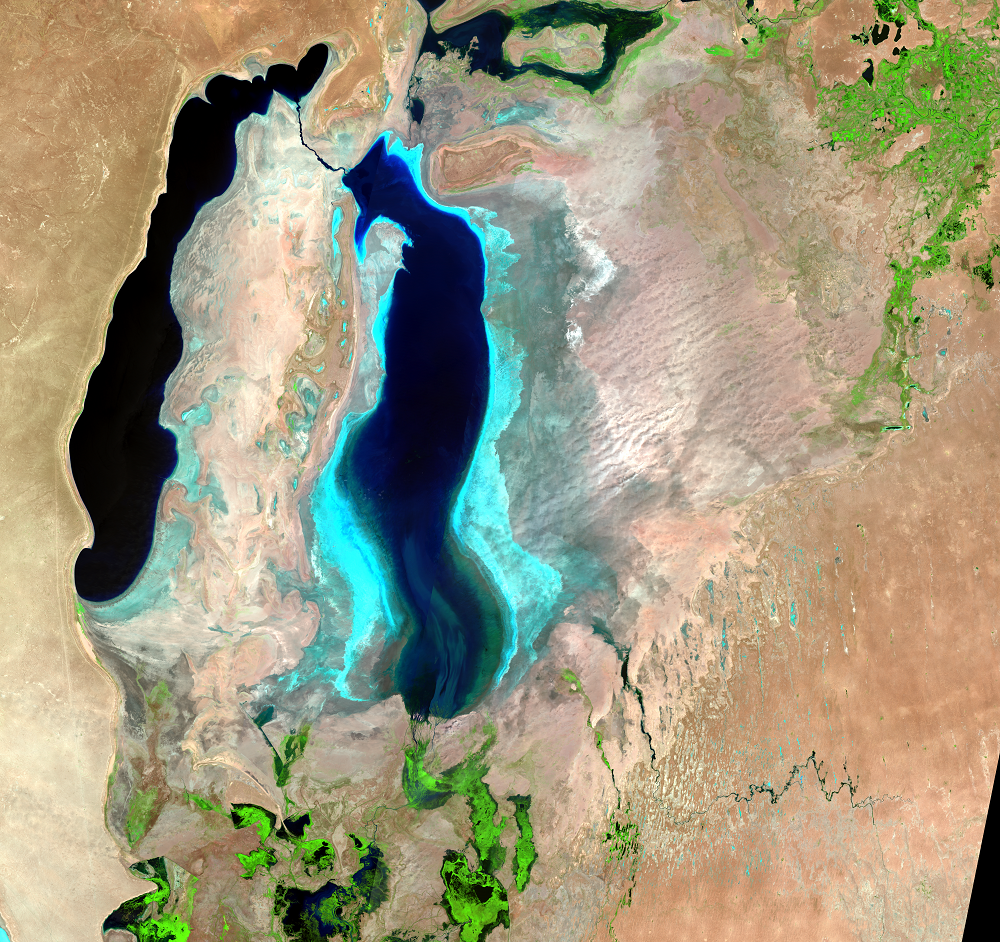 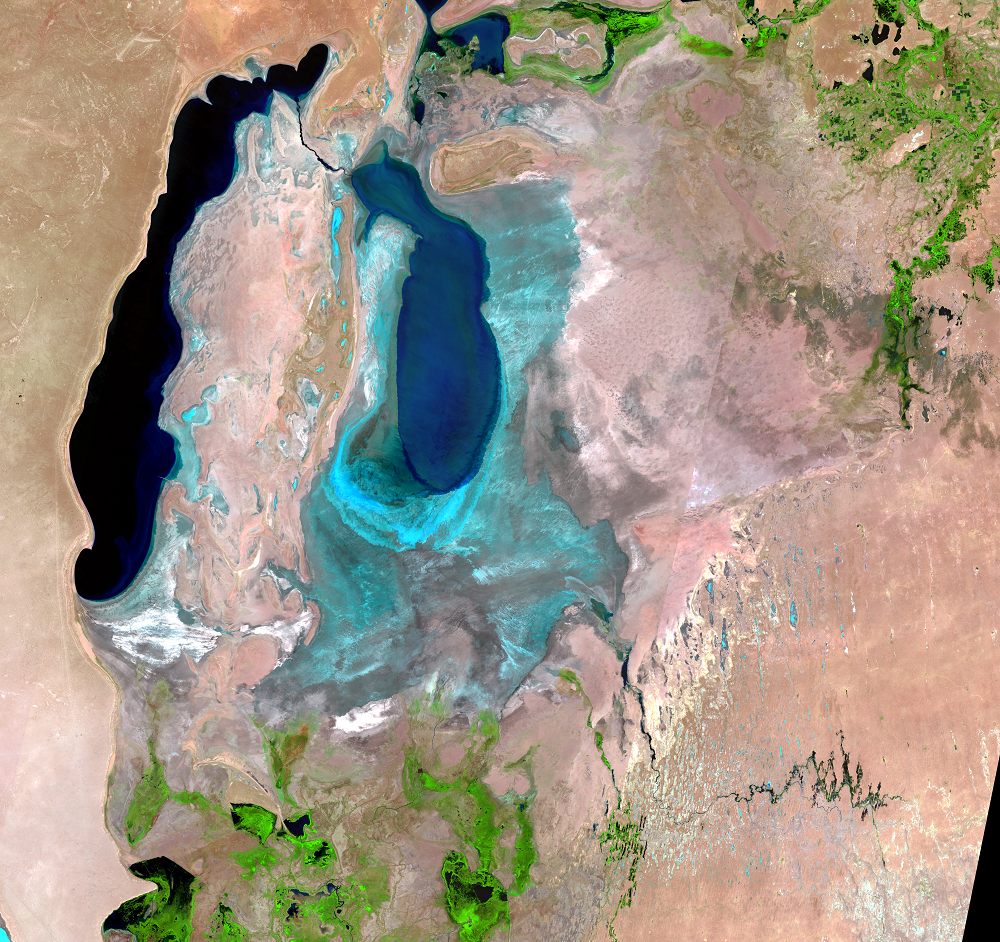 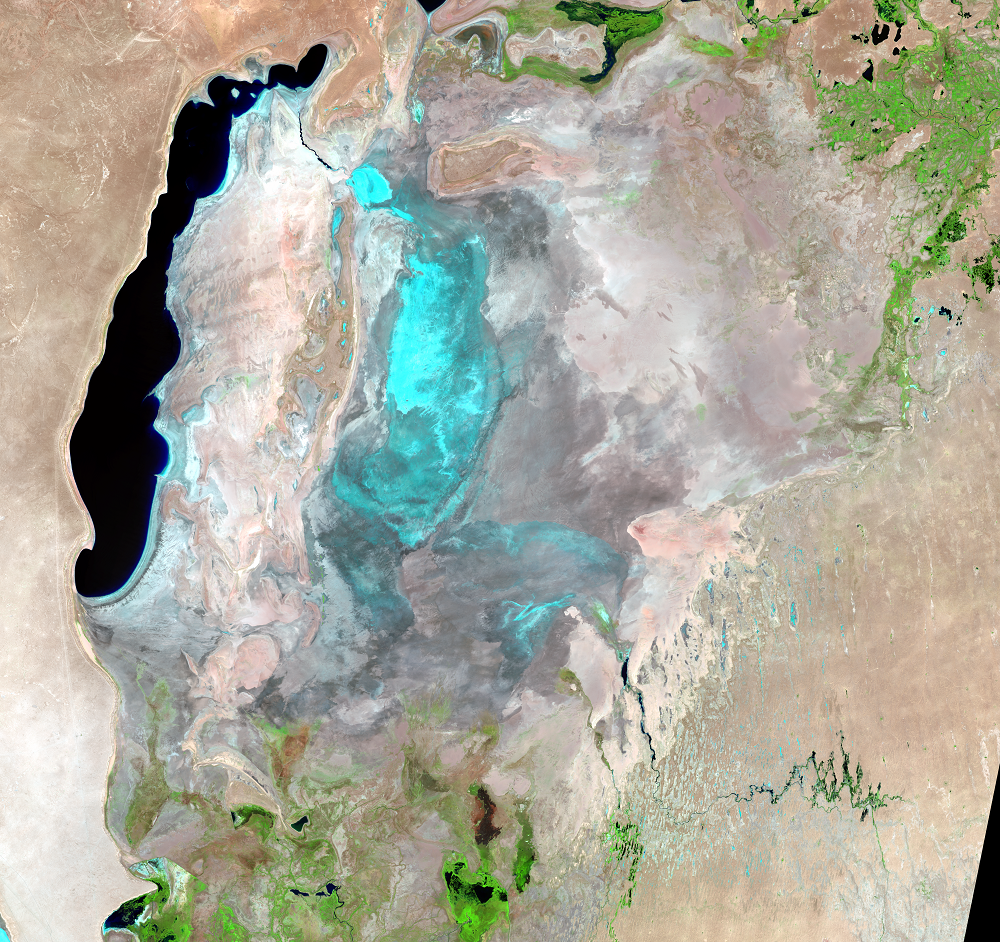 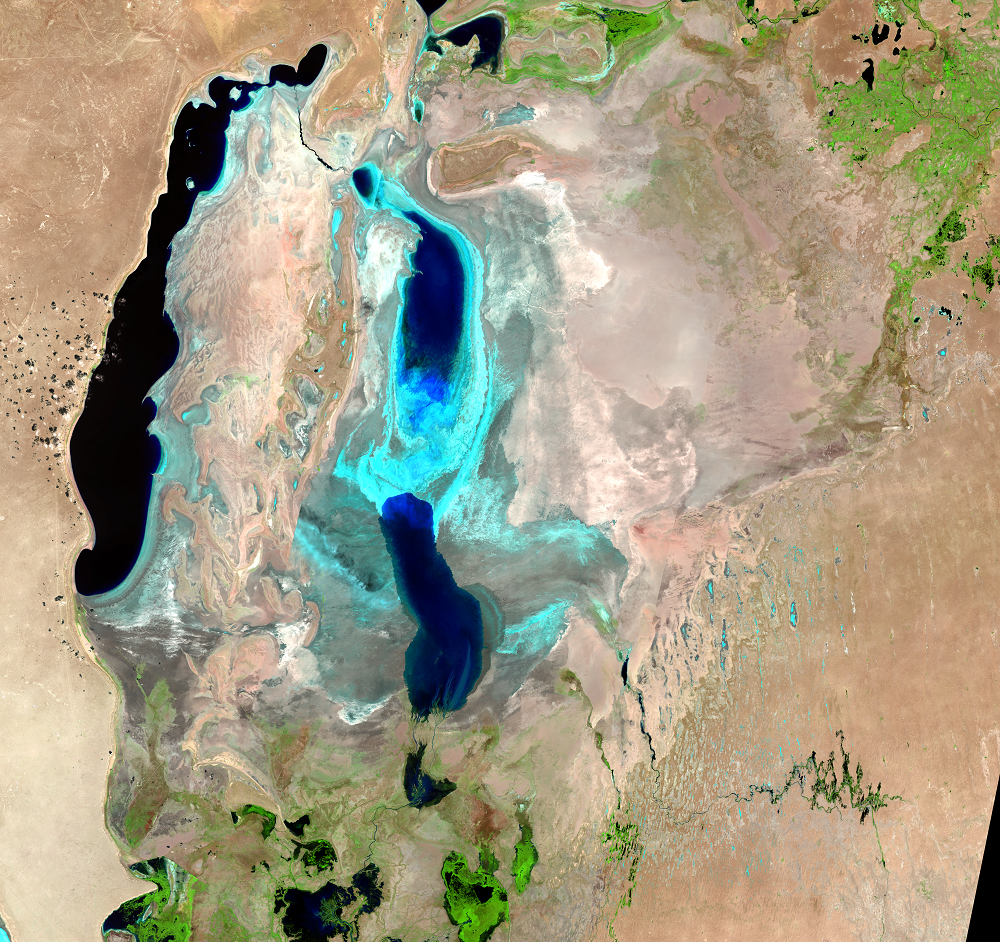 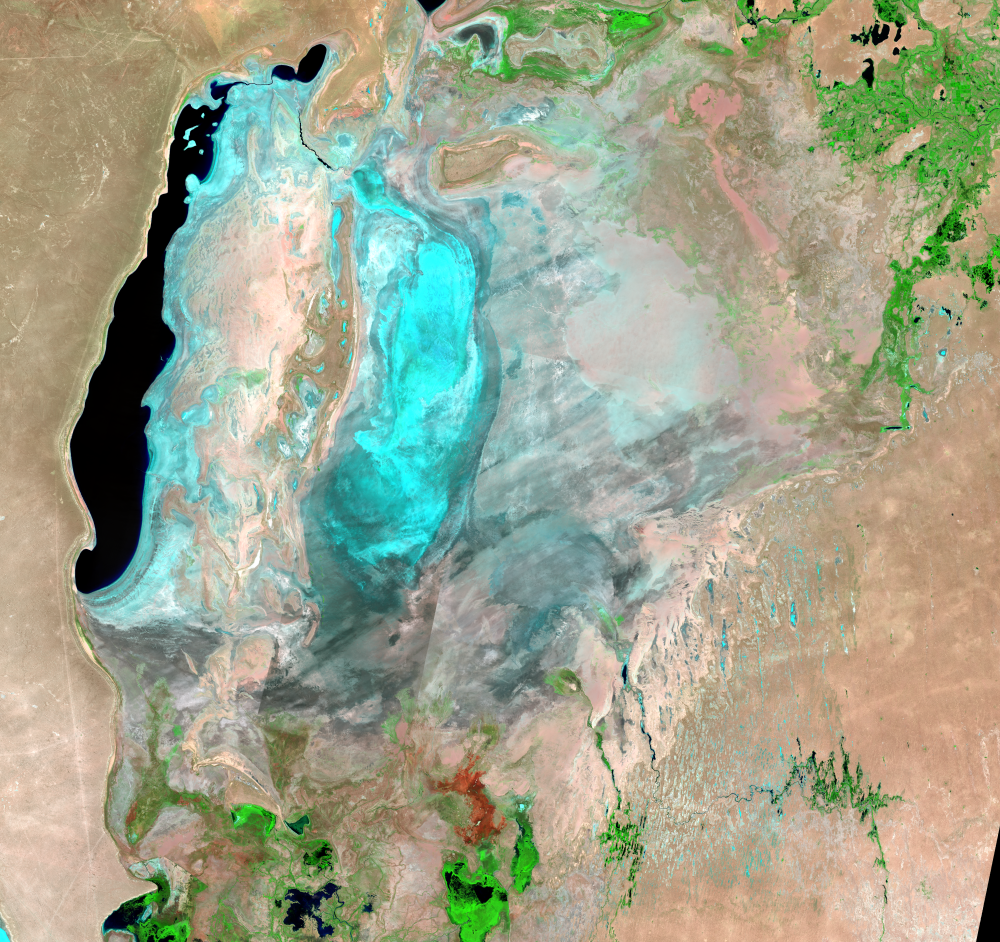 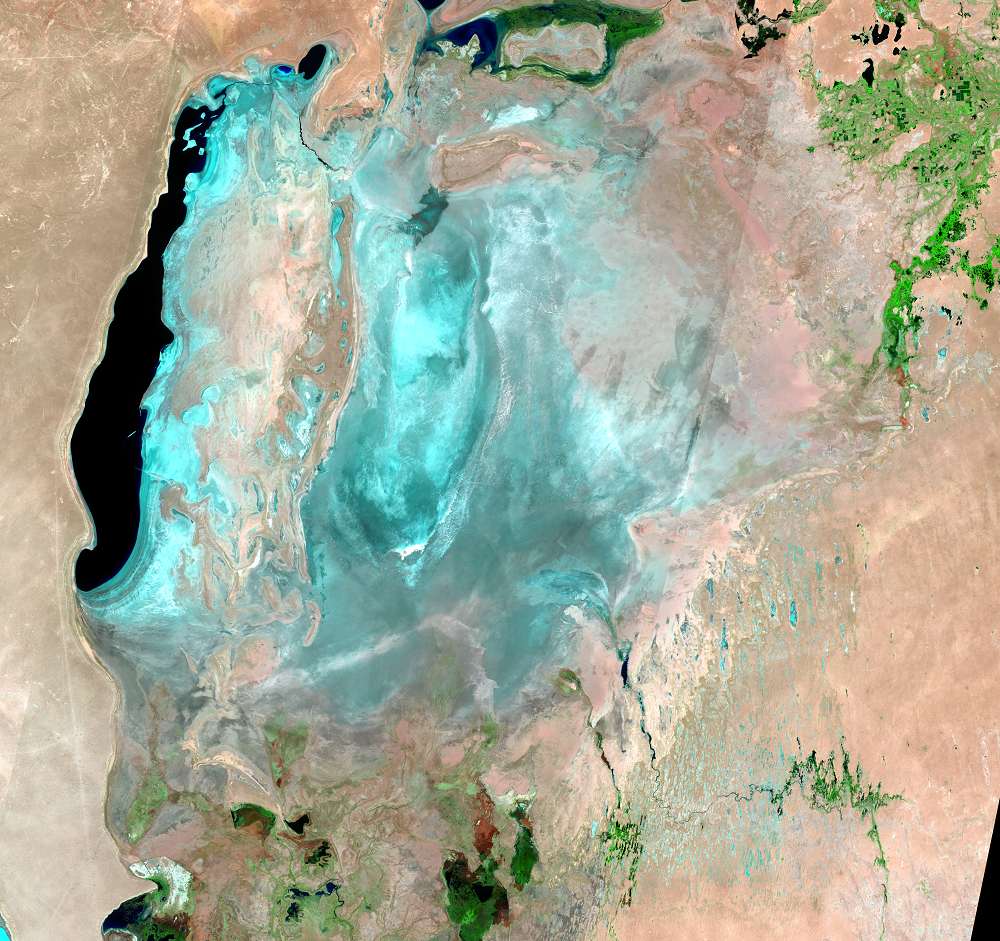 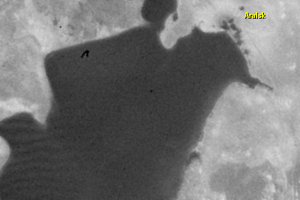 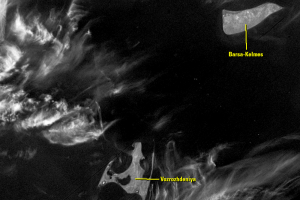 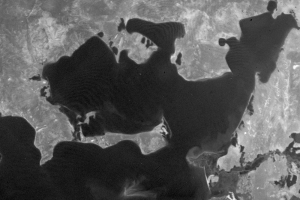 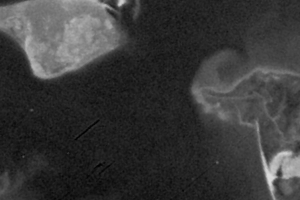 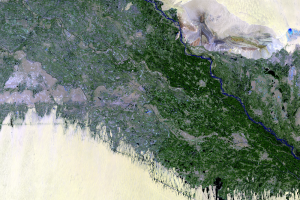