Ice shelves surround about three-fourths of Antarctica’s coastline. These floating extensions of glaciers play an important role in stabilizing Antarctica’s mass balance of ice. Ice shelves both grow and shrink. They gain mass from the glaciers that flow into them over land, from snowfall, and from sea water freezing underneath them. They lose mass by calving icebergs or melting from below.

Icebergs regularly break off the ends of ice shelves, but ice shelves can collapse—and this can happen quickly. For example, a large portion of the Larsen B ice shelf, located on the Antarctic Peninsula, collapsed in 2002. Over the course of about one month, 3,250 square kilometers of the ice shelf collapsed. The remains of the ice shelf are weakening.

An ice shelf collapse can make the glaciers that flow into them more unstable, making them flow faster and recede faster. As glaciers accelerate and recede, more ice ends up in the ocean, contributing to sea level rise.

A relatively small ice shelf named Verdi, also located on the Antarctic Peninsula, is showing signs of instability. The rapid development of the rifts seen in these Landsat images suggests that it may be on the verge of collapse.

(Black stripes run through some of the images because of the Scan Line Corrector failure on Landsat 7 in May 2003.) 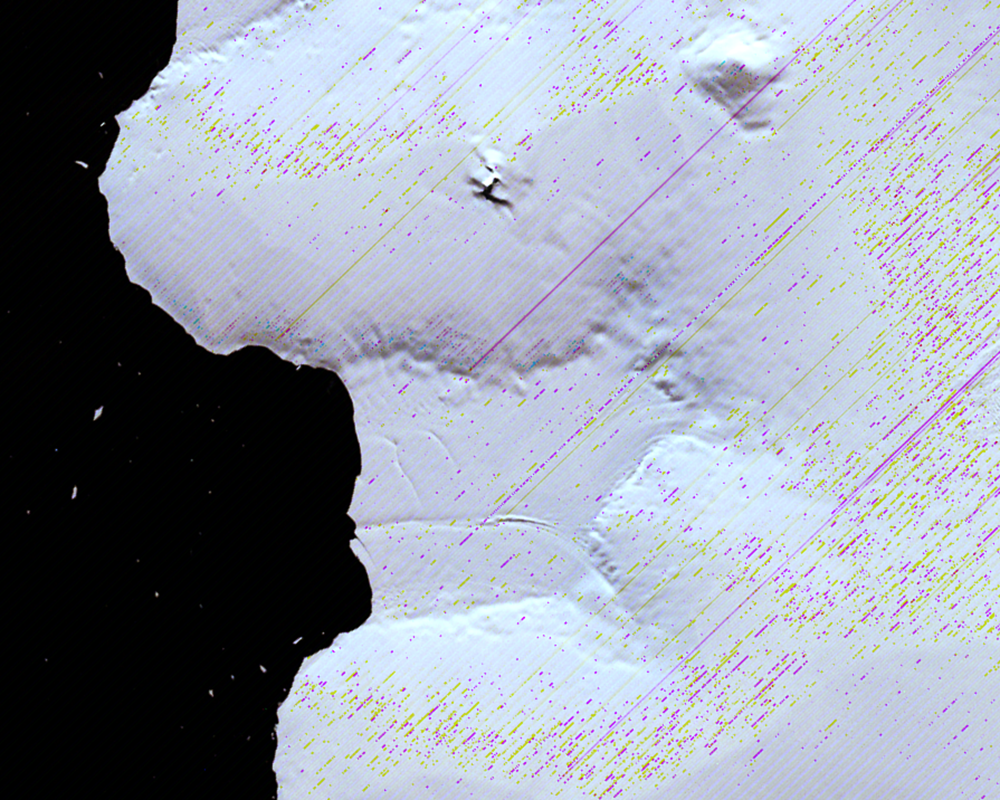 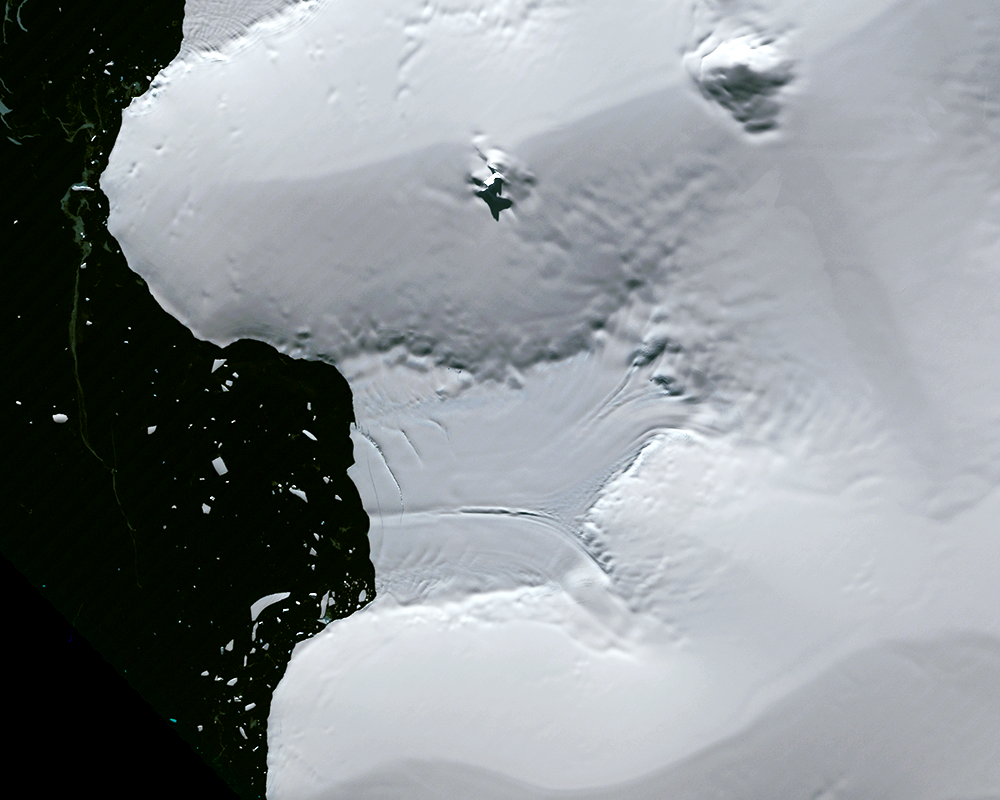 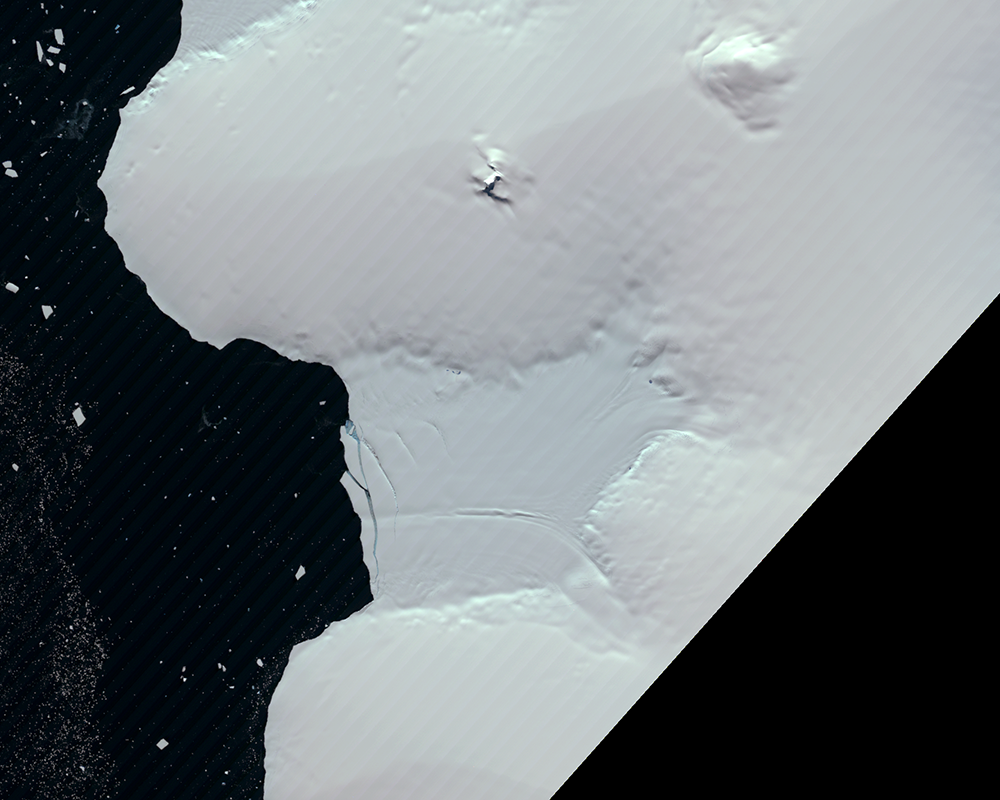 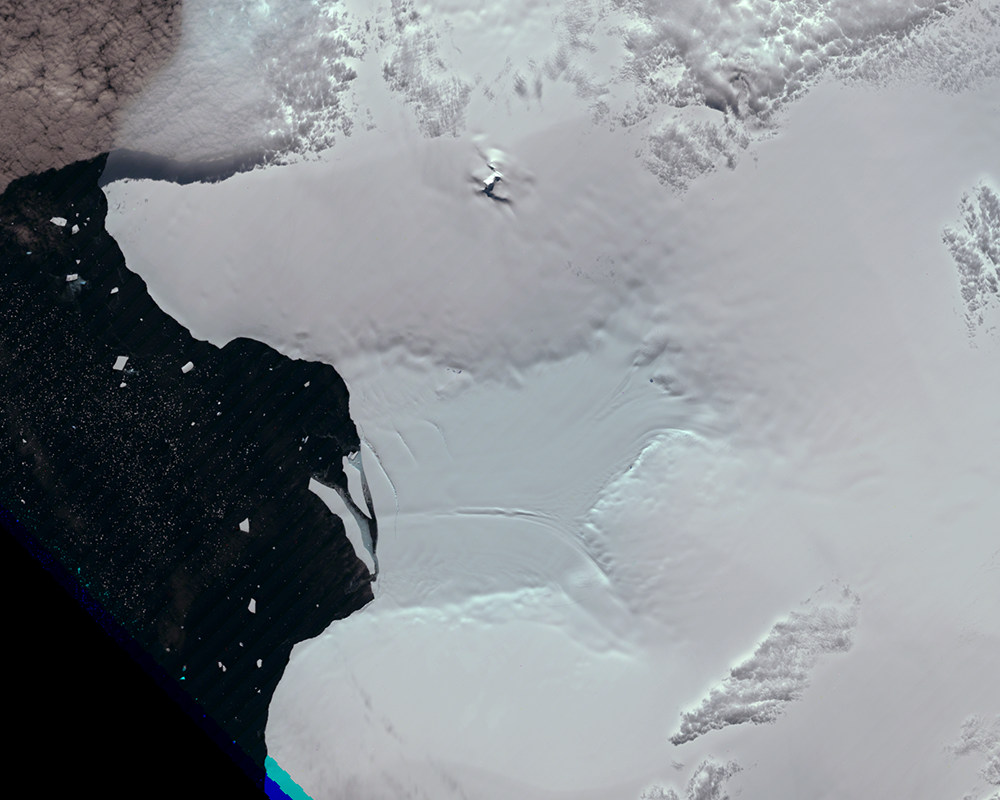 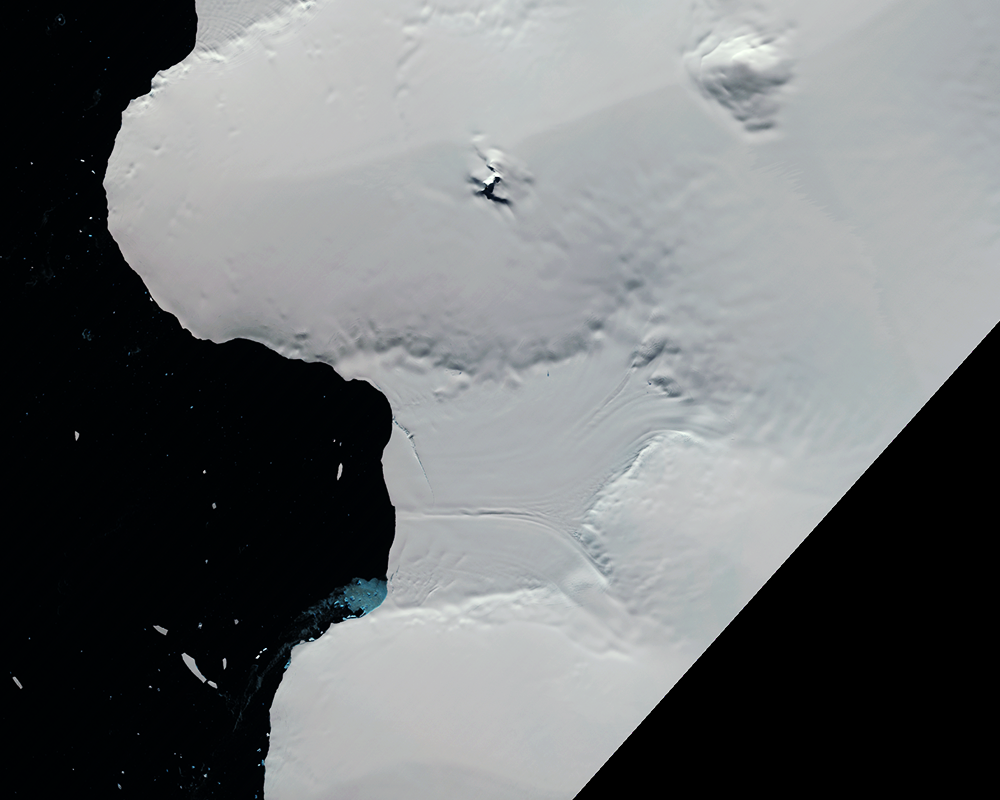 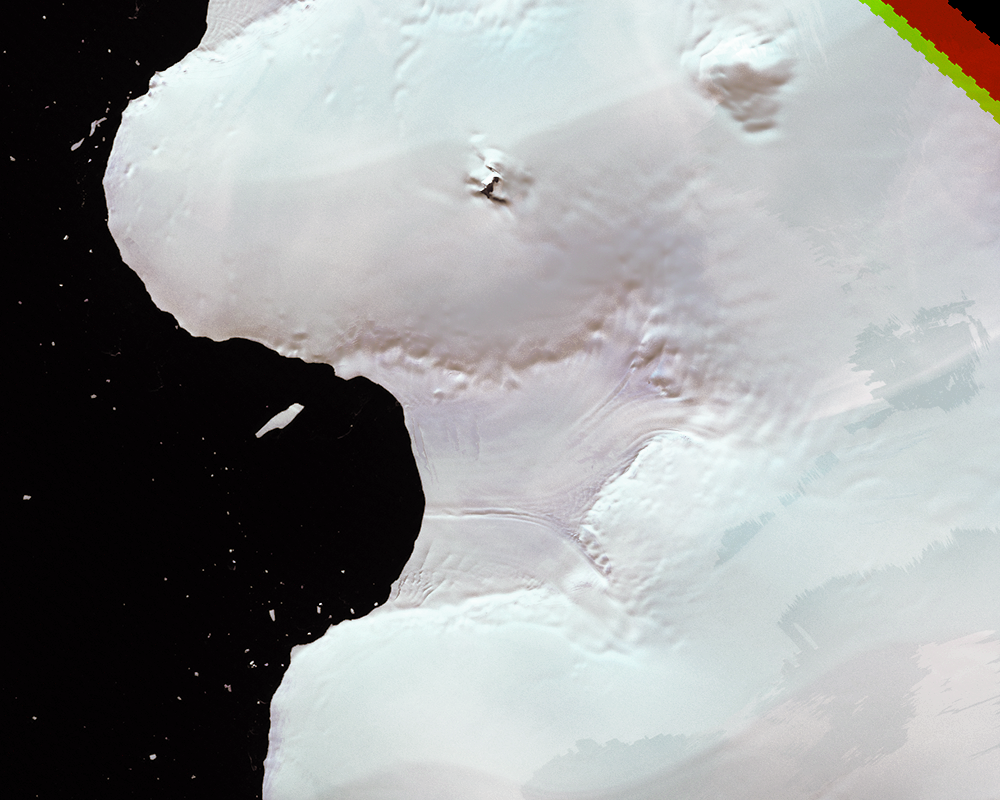 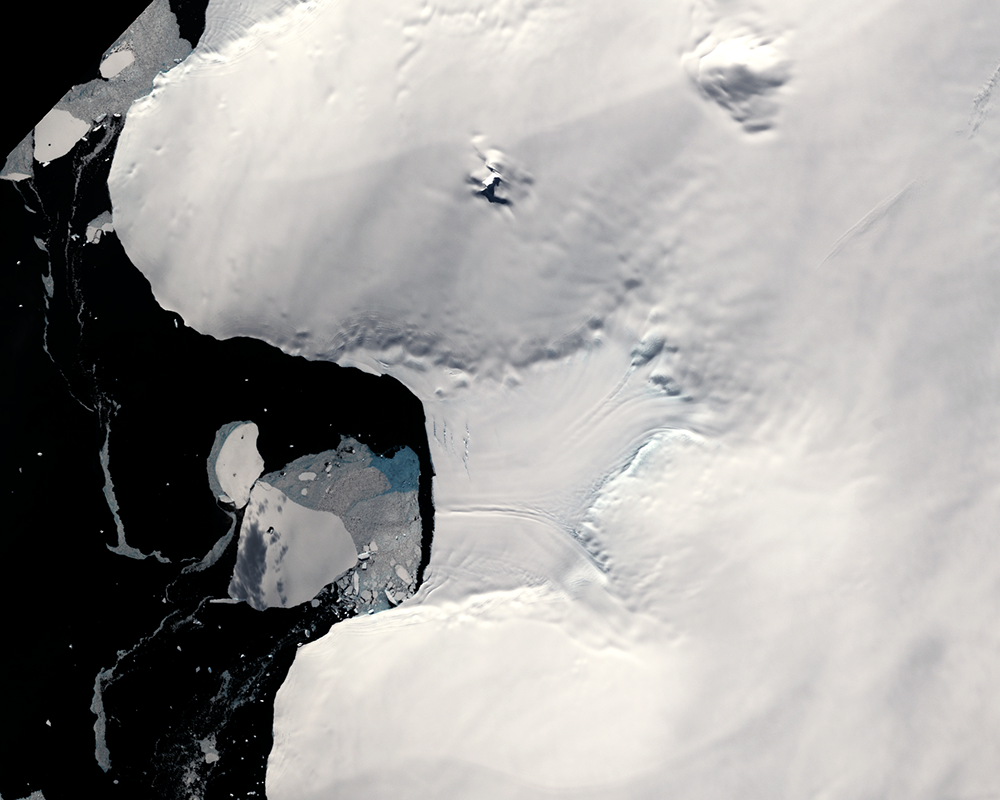 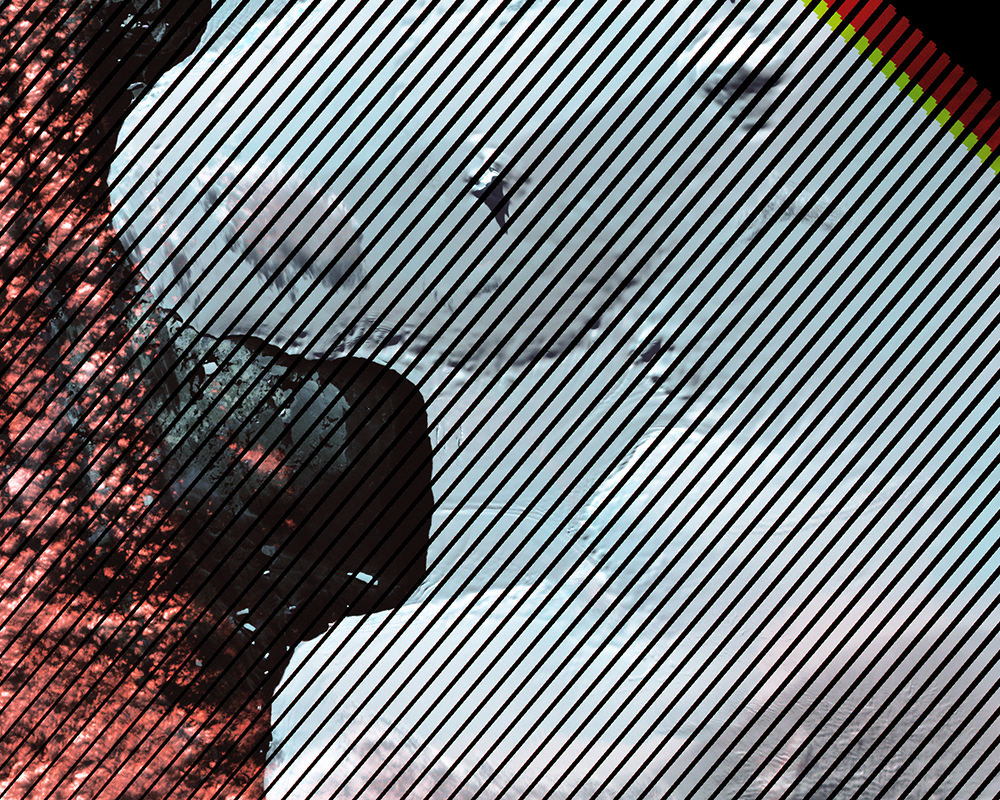 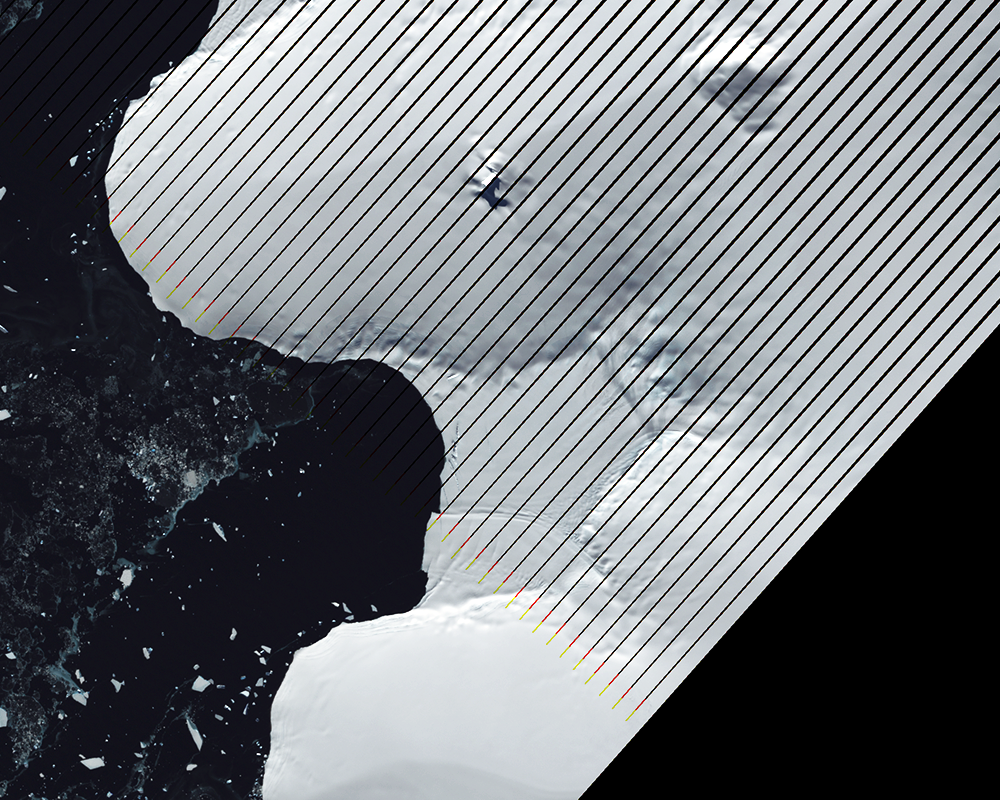 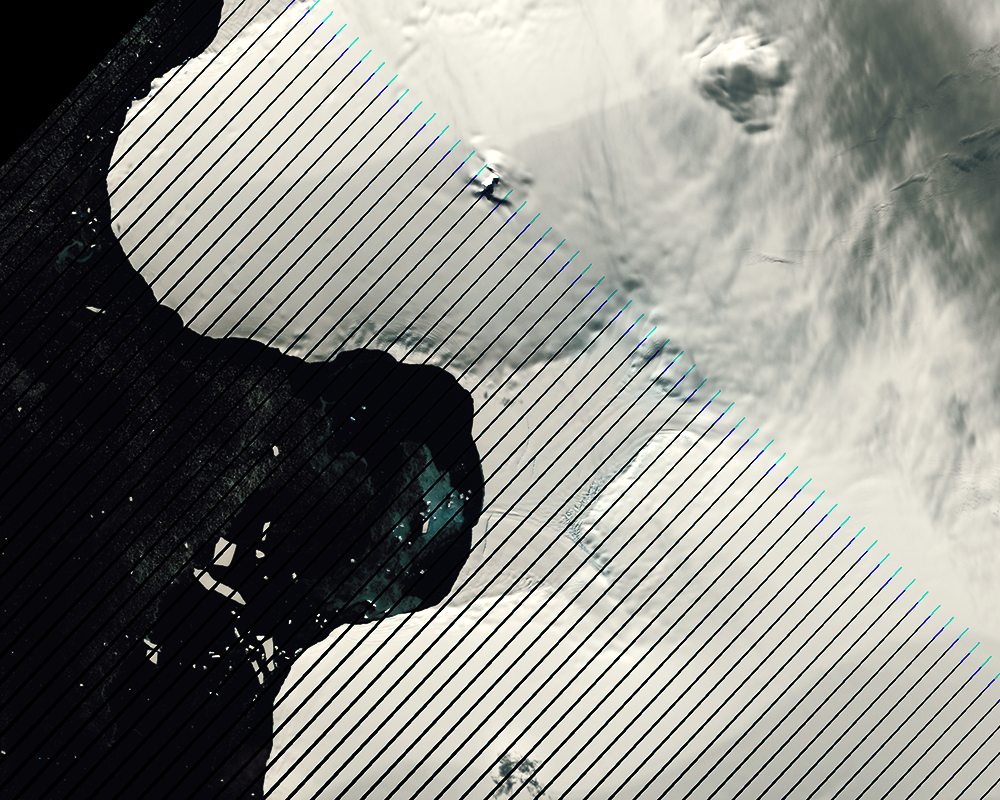 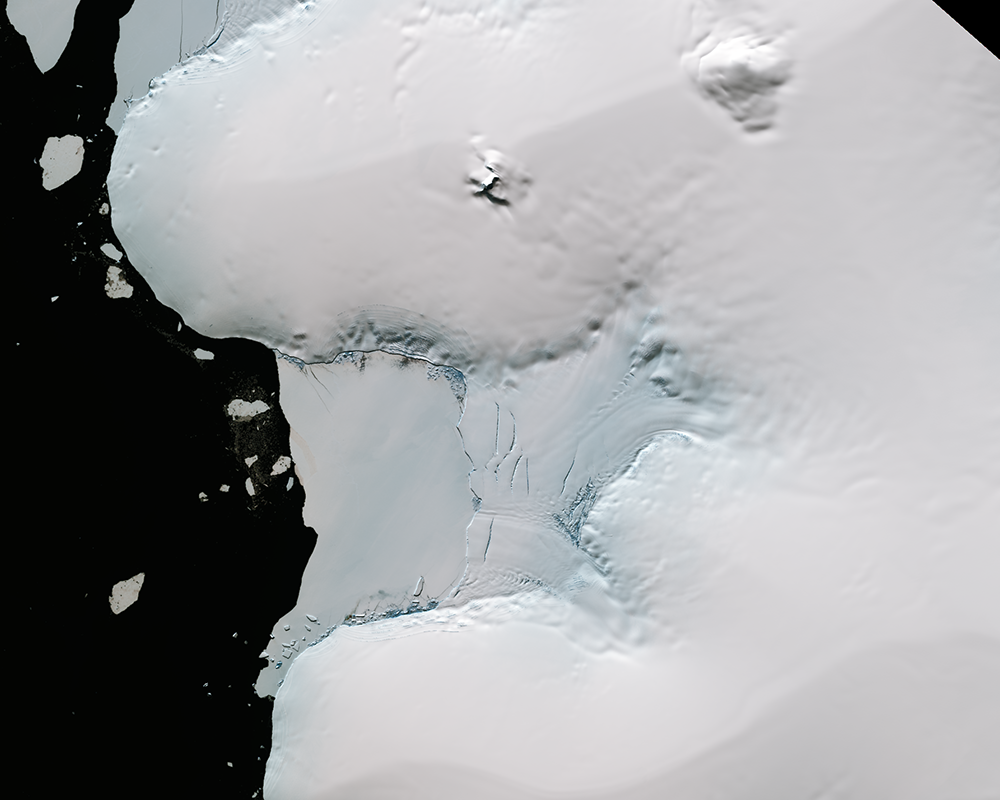 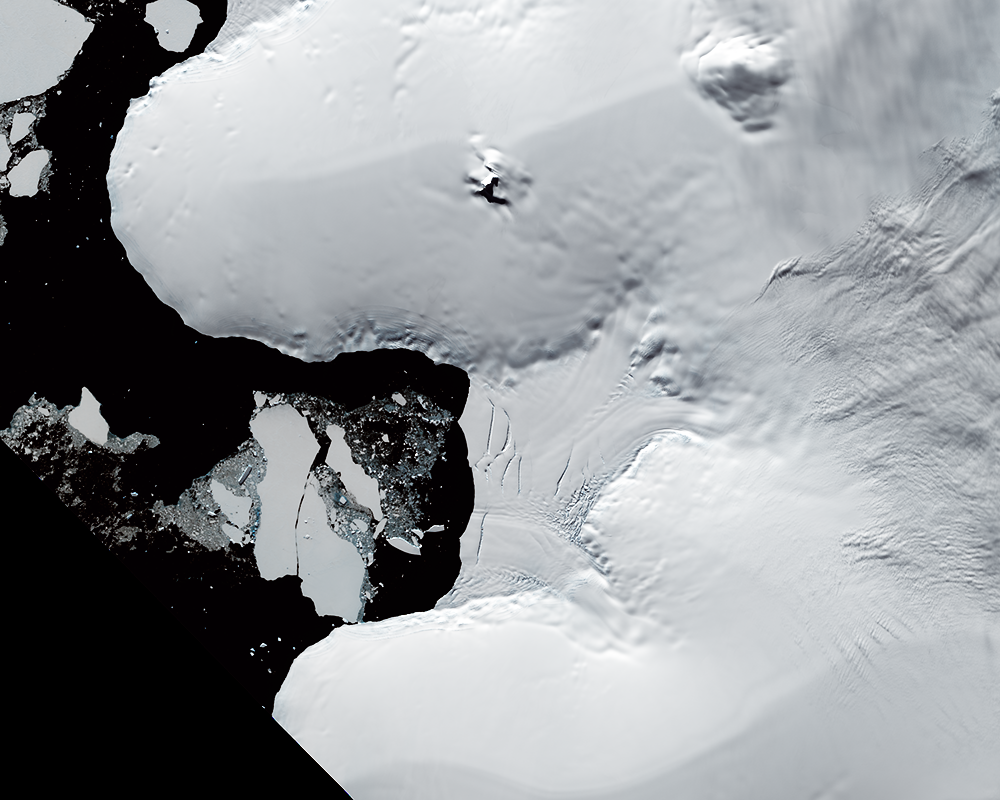 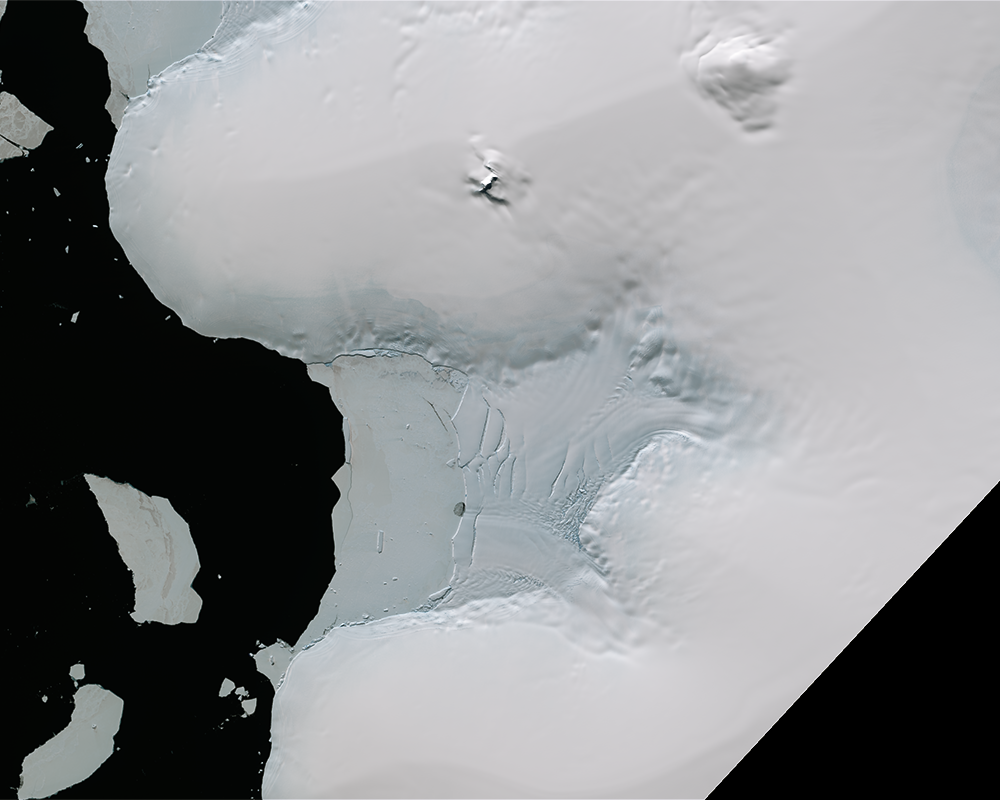 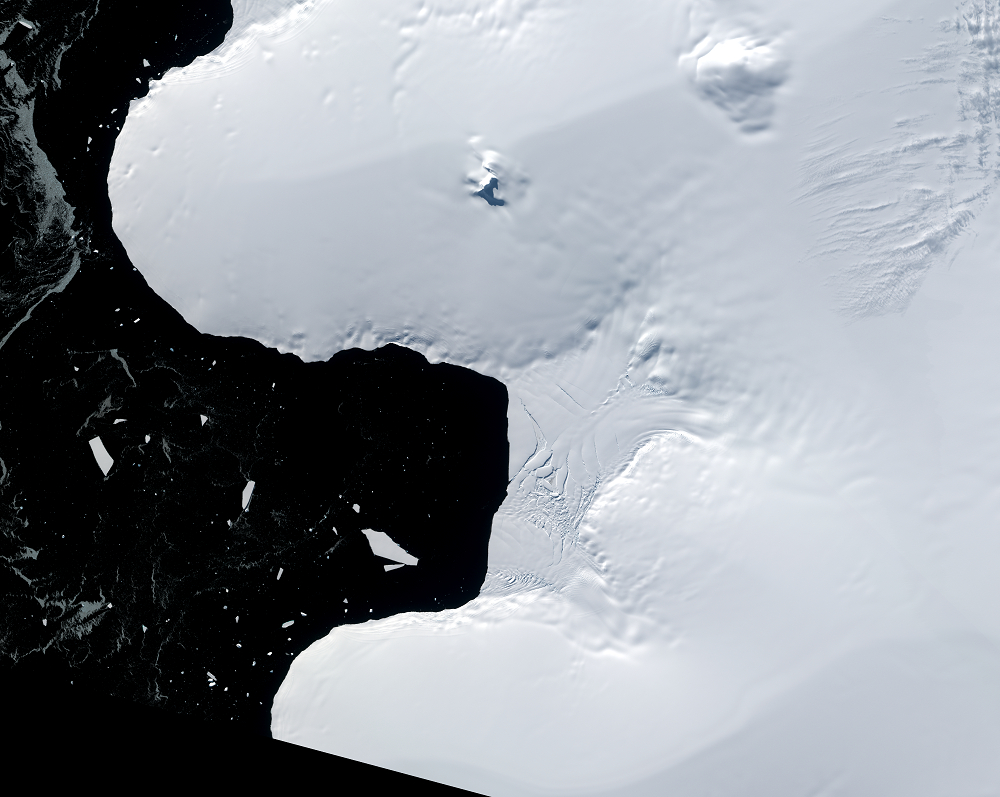 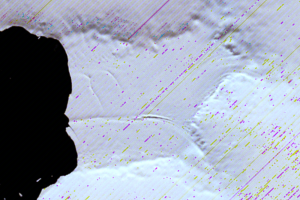 Ice shelves act as doorstops. They hold back the glaciers that flow to the ocean and slow them down. Even small ice shelves like Verdi help regulate t...