Beijing traditionally consisted of the square, walled Inner City and the rectangular, walled Outer City to its south. The walls no longer stand, but in their place the Second Ring Road now outlines the Inner City, and canals outline the Outer City. These and the outer Third Ring and Fourth Ring Roads are partly visible in the Landsat images.

The Capital Airport is the large runway complex northeast of the city. A new runway opened in 2007, and that expansion can be seen when comparing the 2000 and 2021 images. In 2000, the Capital Airport handled 21.7 million passengers. In 2011, it handled over 77 million passengers. In only 10 years, it moved from the 42nd busiest airport in the world to the 2nd busiest. 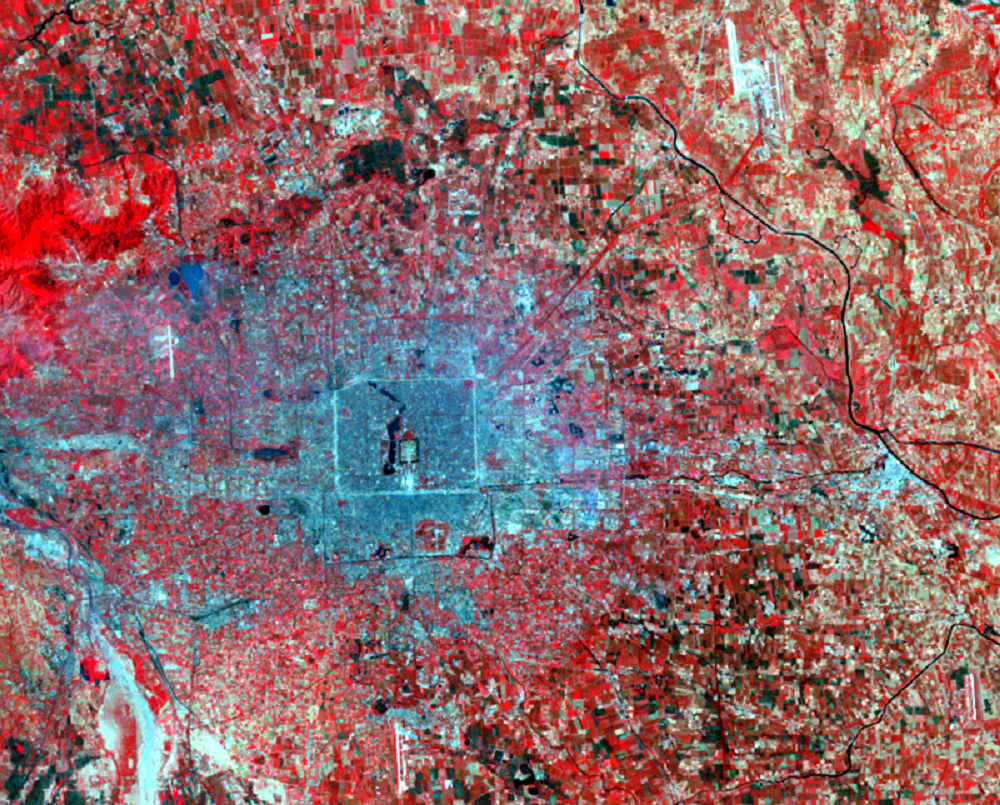 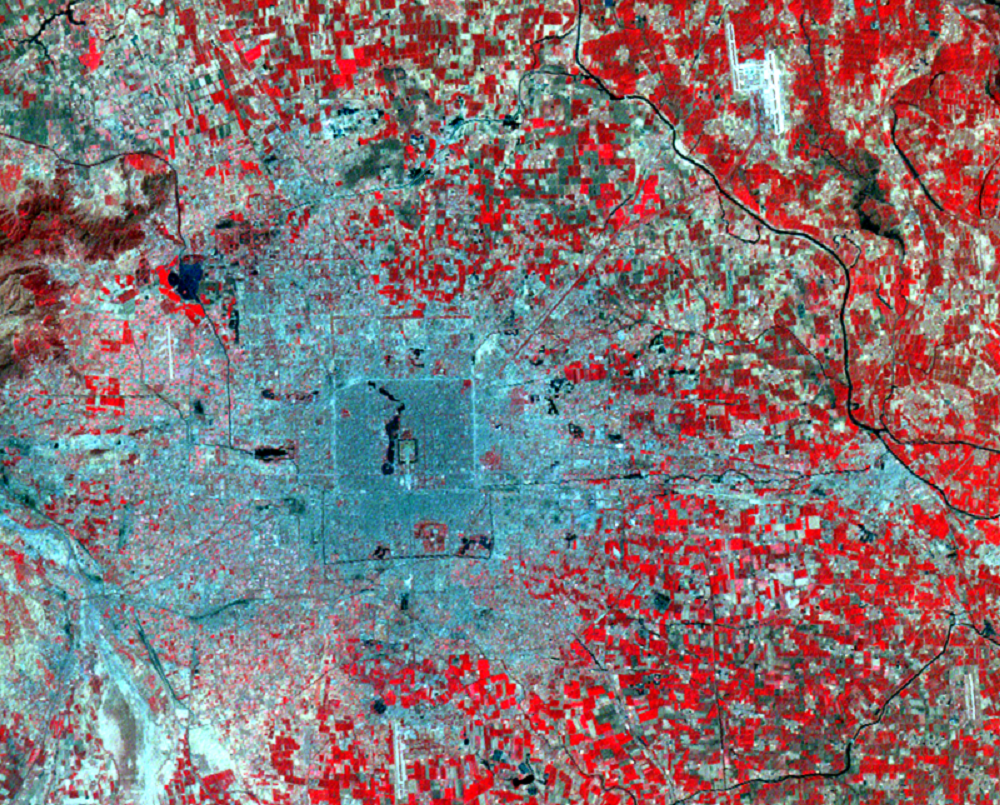 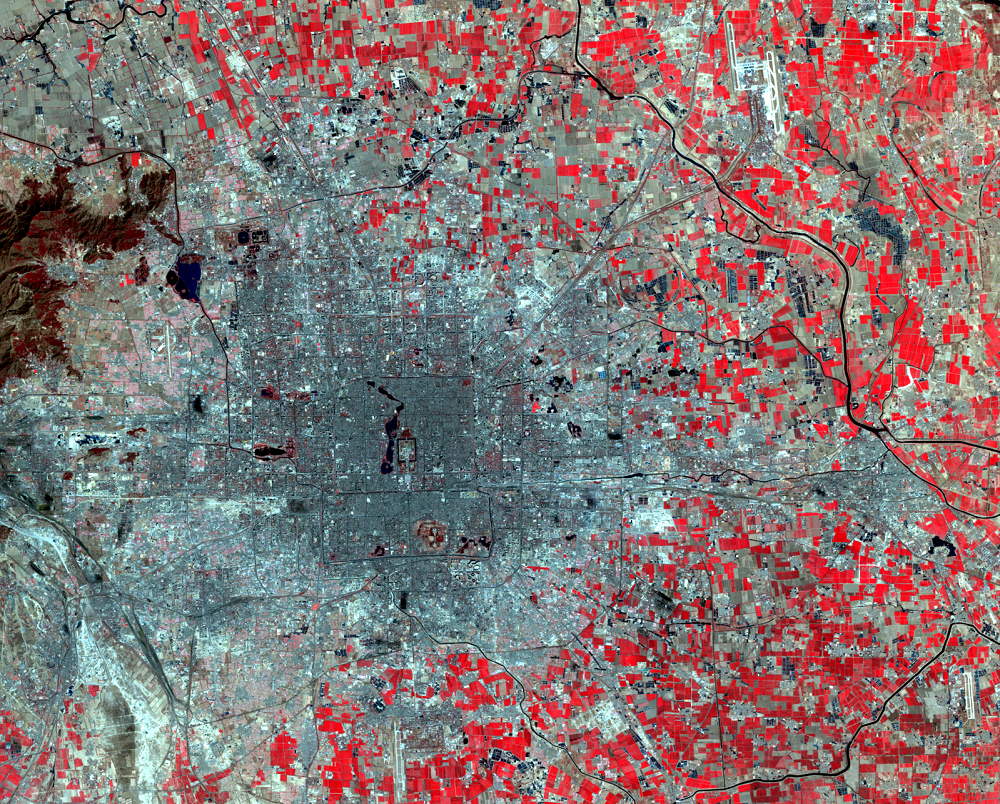 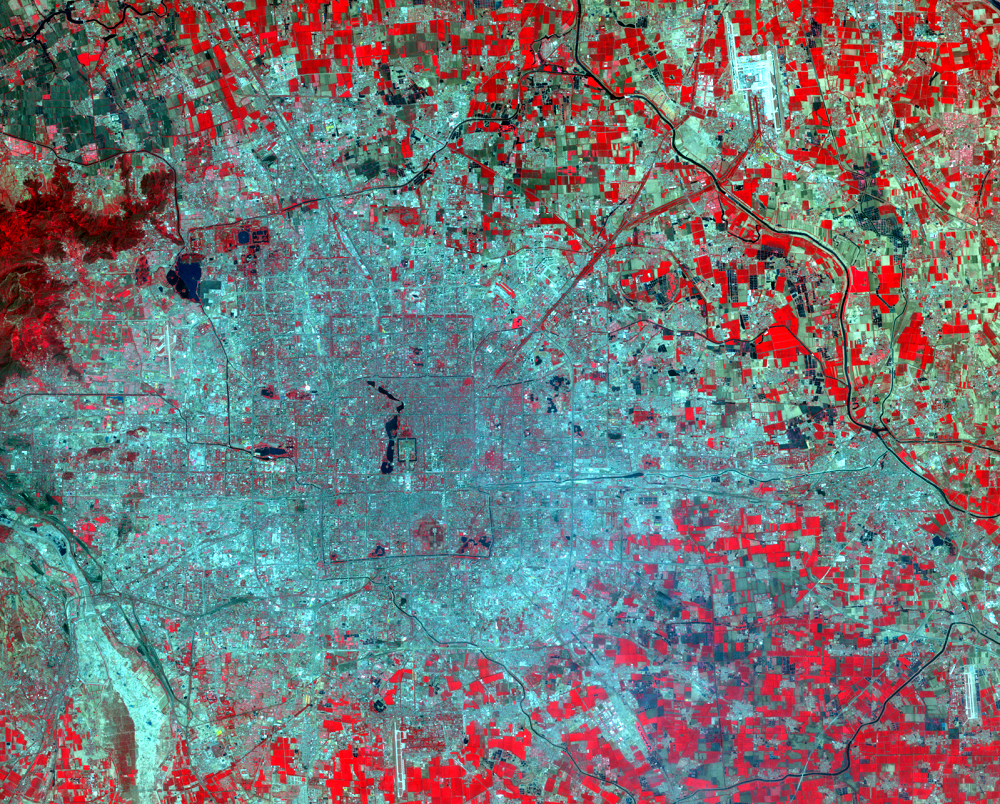 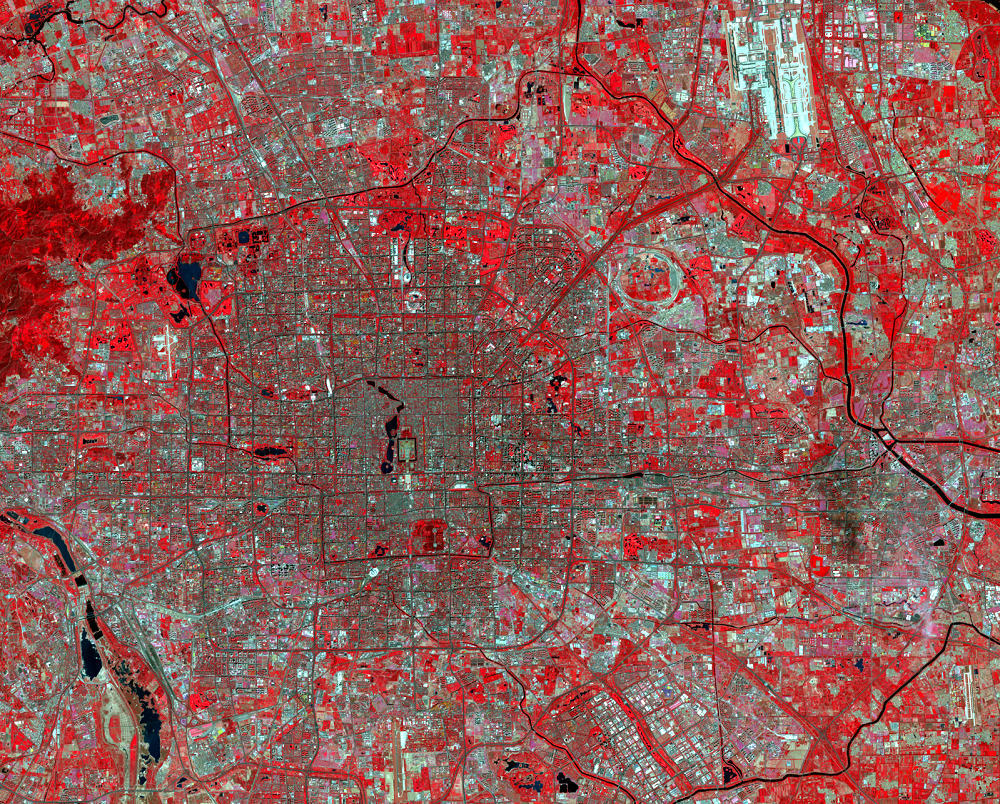 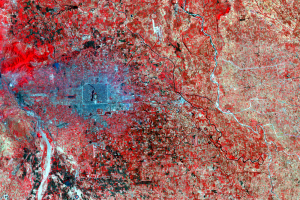 Beijing has grown and changed remarkably in the "reform era" since 1979, in its own distinct pattern. U.S. cities, for example, are often shaped like ... 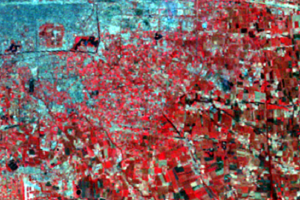 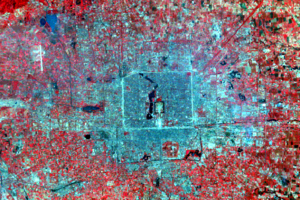 Within the Inner City, the moats and walls of the Forbidden City (Imperial Palace Museum) are prominent, with Wu Gate at the southern end. Also within...