Images of the western side of the Phoenix metro area show the city growing out to meet Luke Air Force Base. The base, which opened in 1941, is in the upper left of the images. Just east of the base is an example of the typical urban growth pattern. The 2001 image shows a large bright area, which is the ground being cleared for housing construction. The 2011 image then shows this same area as a new residential area.

The Agua Fria River flows from north to south through the middle of these images. However, “flow” might not be the right word—the river is usually dry. North of Phoenix, the New Waddell Dam keeps much of its flow in the Lake Pleasant reservoir. The reach of the river seen in these images is below the dam, and the river flows only when water is released from the dam.

A reliable marker of urban growth, freeway expansion, can be seen here as well. Although Interstate 10 does not exist in the 1973 image, it’s the main east-west route seen in the rest of the images. In 1991, a north-south route, the Agua Fria Freeway (Loop 101), is shown as under construction east of Luke Air Force Base. The freeway begins in the northern part of the 1991 image, and by the 2011 image, Loop 101 has connected up with Interstate 10. The 2020 image reveals even more freeway construction west and north of Luke Air Force Base.

Loop 101 goes right by a new stadium, only visible in the 2011 and 2020 images. State Farm Stadium, which opened in 2006, is where the Arizona Cardinals of the National Football League play their home games.

This retractable roof stadium can be seen as a bright white oval surrounded by dark colored parking lots. The natural grass field can be rolled outside to get sunlight, then rolled inside before a game. In a close-up of the 2015 image, the bright red pixels southeast of the stadium reveal that at the time the image was taken, the field was outside. An image from 2014 shows the stadium with the roof open and the field inside.

High-resolution images also show the stadium both with the roof open and closed. An earlier image from 2004 even shows the stadium under construction. 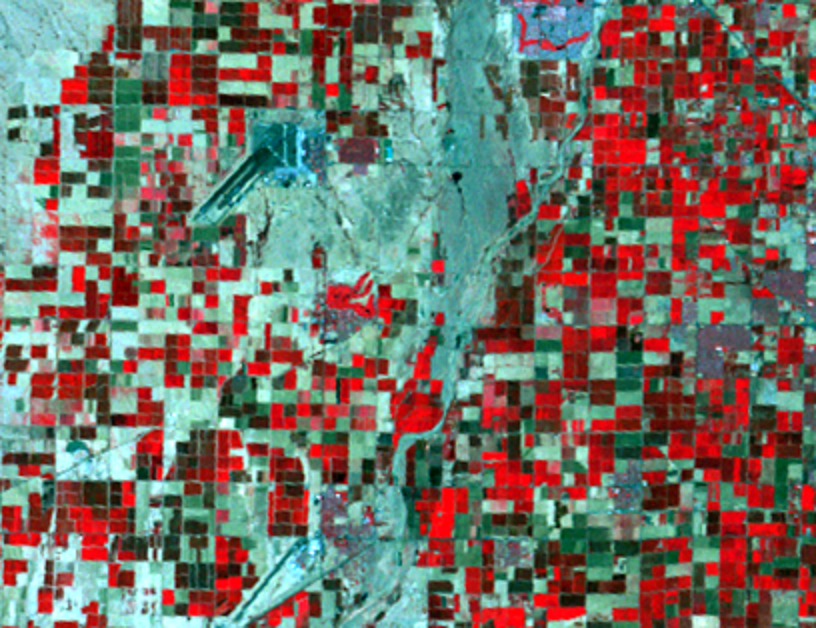 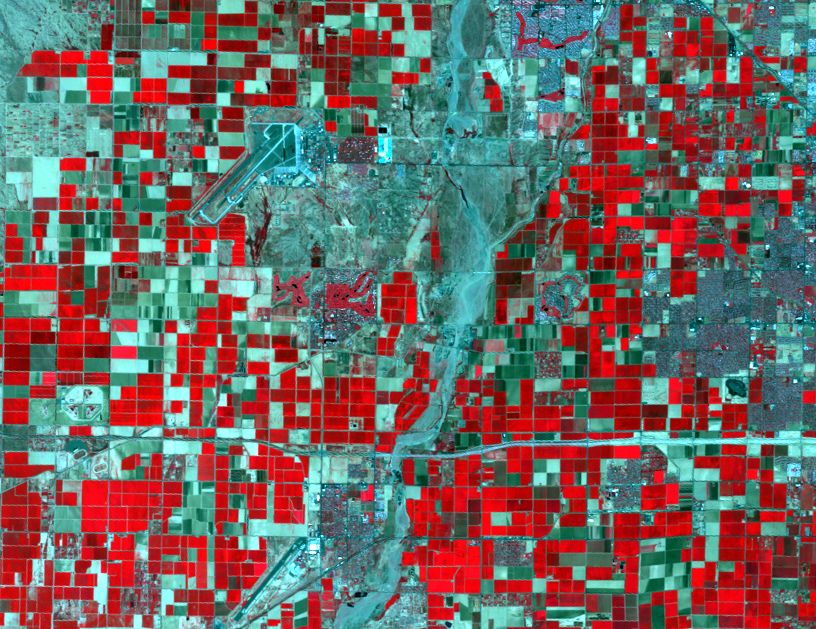 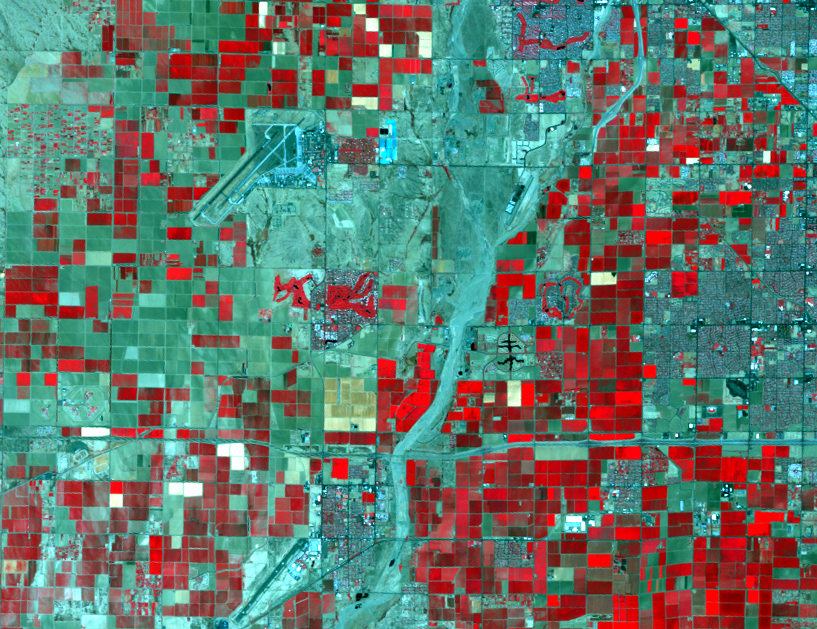 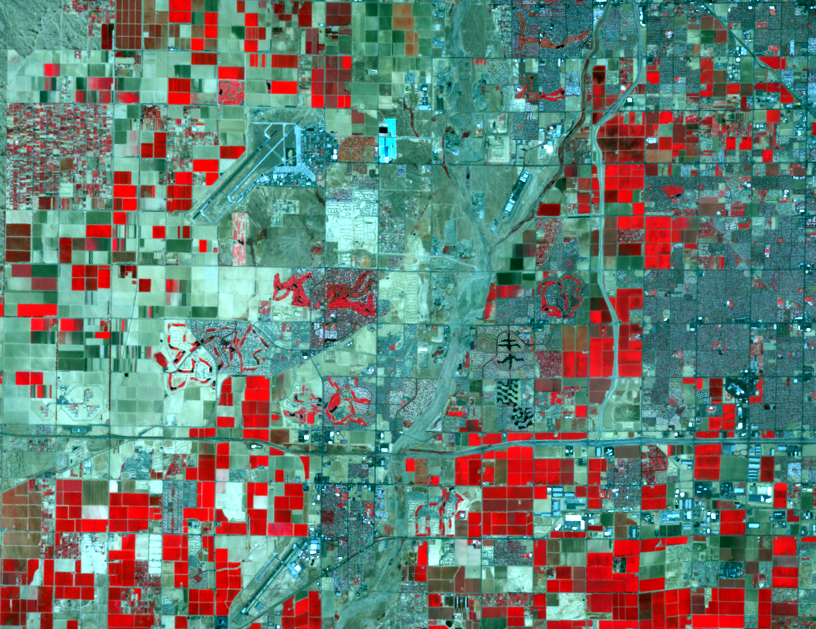 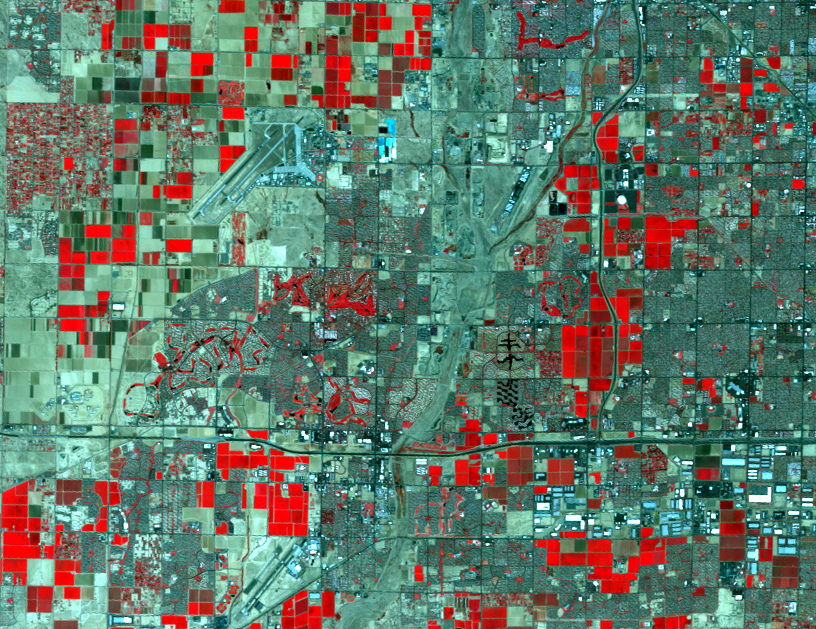 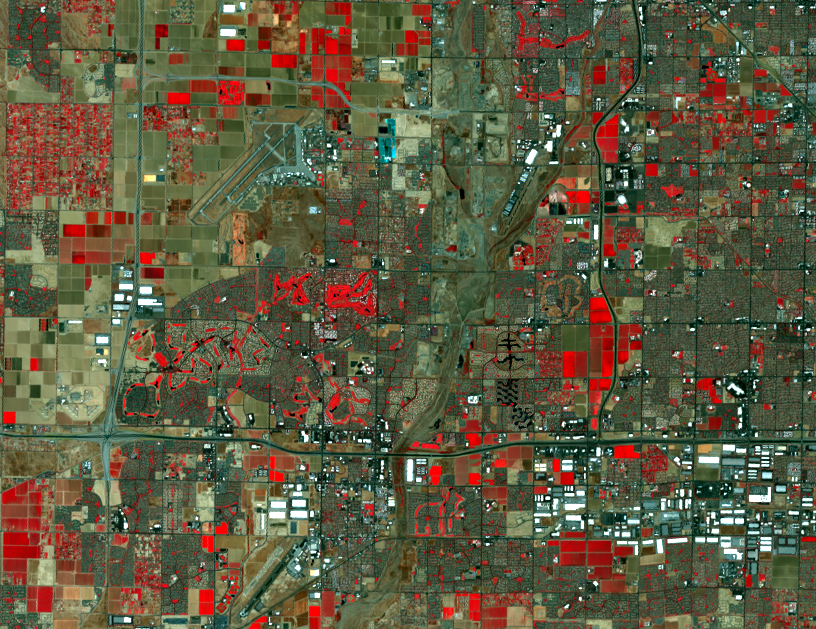 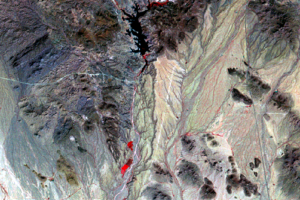 As Phoenix grows, the need for water rises. The Salt, Verde, and Gila Rivers bring water from Arizona’s mountains, but it’s not enough for millions of... 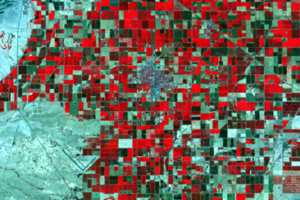 The southeastern suburb of Chandler is the residential area near the center of these images. It was once separated from the other suburbs—in the 1972 ...