What If the Glacier Dam Doesn't Break? A Hubbard Glacier, Alaska, USA story

If the glacier permanently blocks Russell Fjord, the fjord would turn into a 64-kilometer-long lake. This lake would eventually drain into the Situk River at the lake’s southern end. This would disrupt the river’s fisheries and potentially threaten the tourism and economy of Yakutat.

A 2015 study found that, given the rate of the glacier’s advance over the past few decades, it’s unlikely that the channel will remain open by the end of this century. Since Hubbard Glacier has been continuously advancing since 1895, there’s good reason for concern over this possibility.

The 2010 and 2015 images show an open channel from Russell Fjord to Disenchantment Bay. But notice that even when the channel is open, the opening is narrow. In the 2015 Landsat image, the channel is about 540 meters wide. The channel width also varies annually.

If you would like a more scientific explanation of the phenomenon, read a short journal article written by two USGS scientists. And see the USGS press release describing the 2002 event. 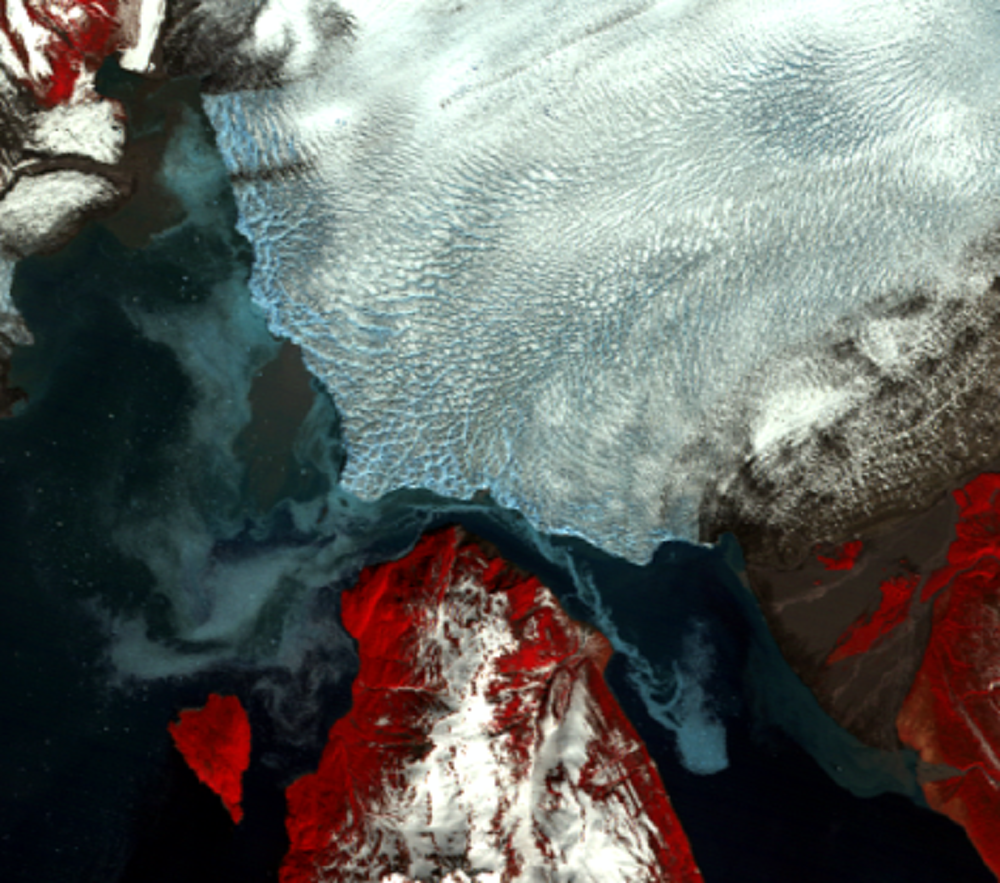 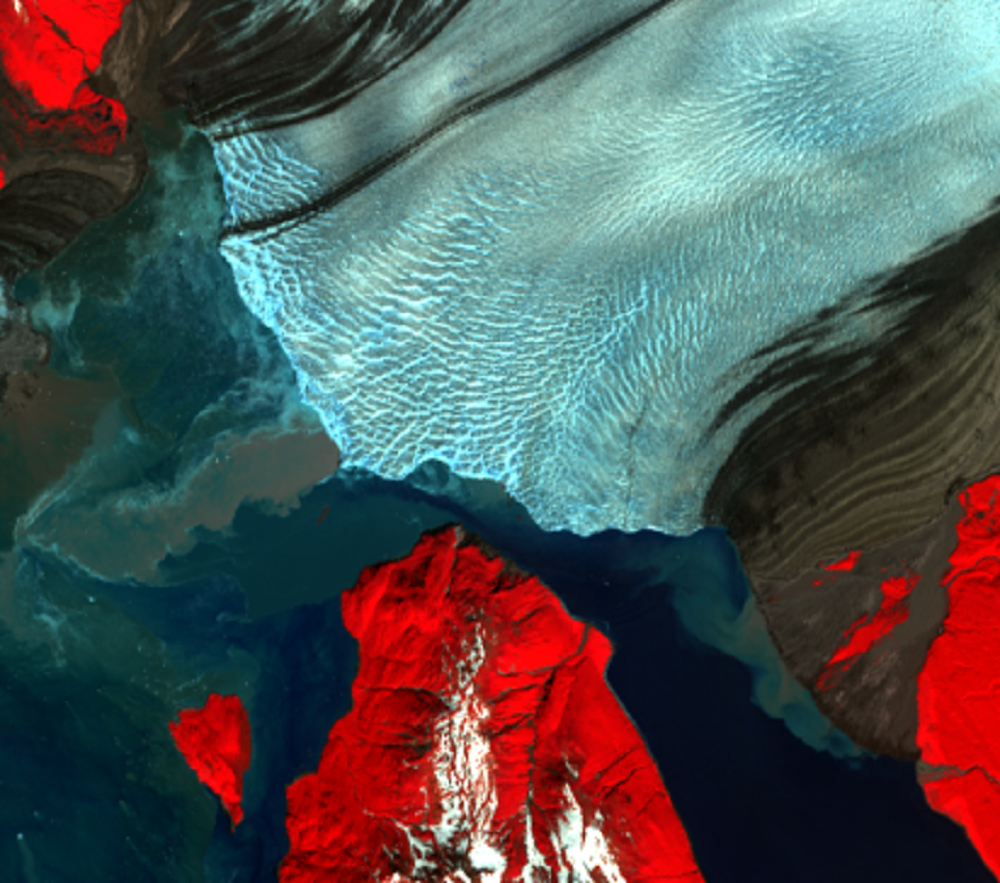 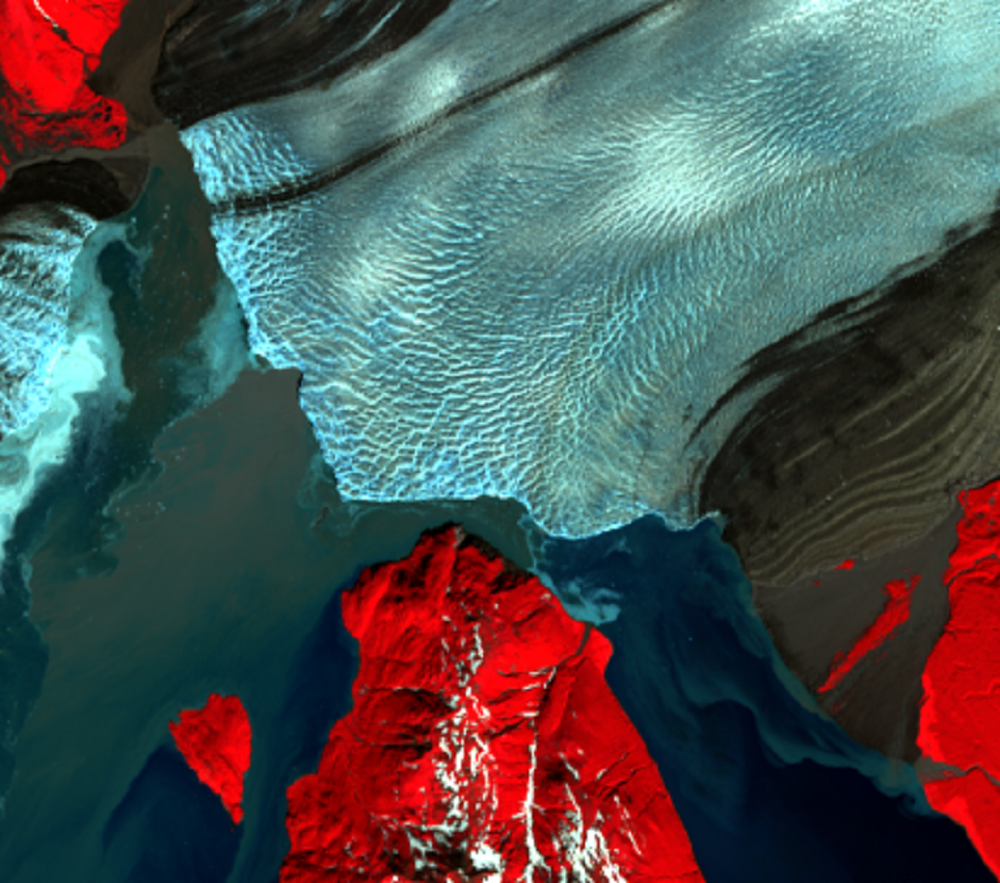 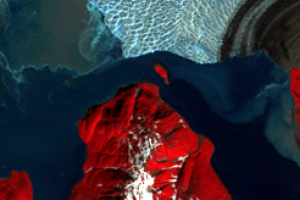 When a Glacier Is a Dam

Hubbard Glacier slides in from the north in these images. Two bodies of water meet at the end of the glacier. Disenchantment Bay extends to the southw... 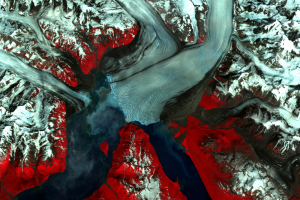 When a Glacier Is a Dam, Part 2

Hubbard Glacier blocked the entrance to Russell Fjord again in 2002. The blockage started in June and raised the level of the lake to 18.5 meters abov...