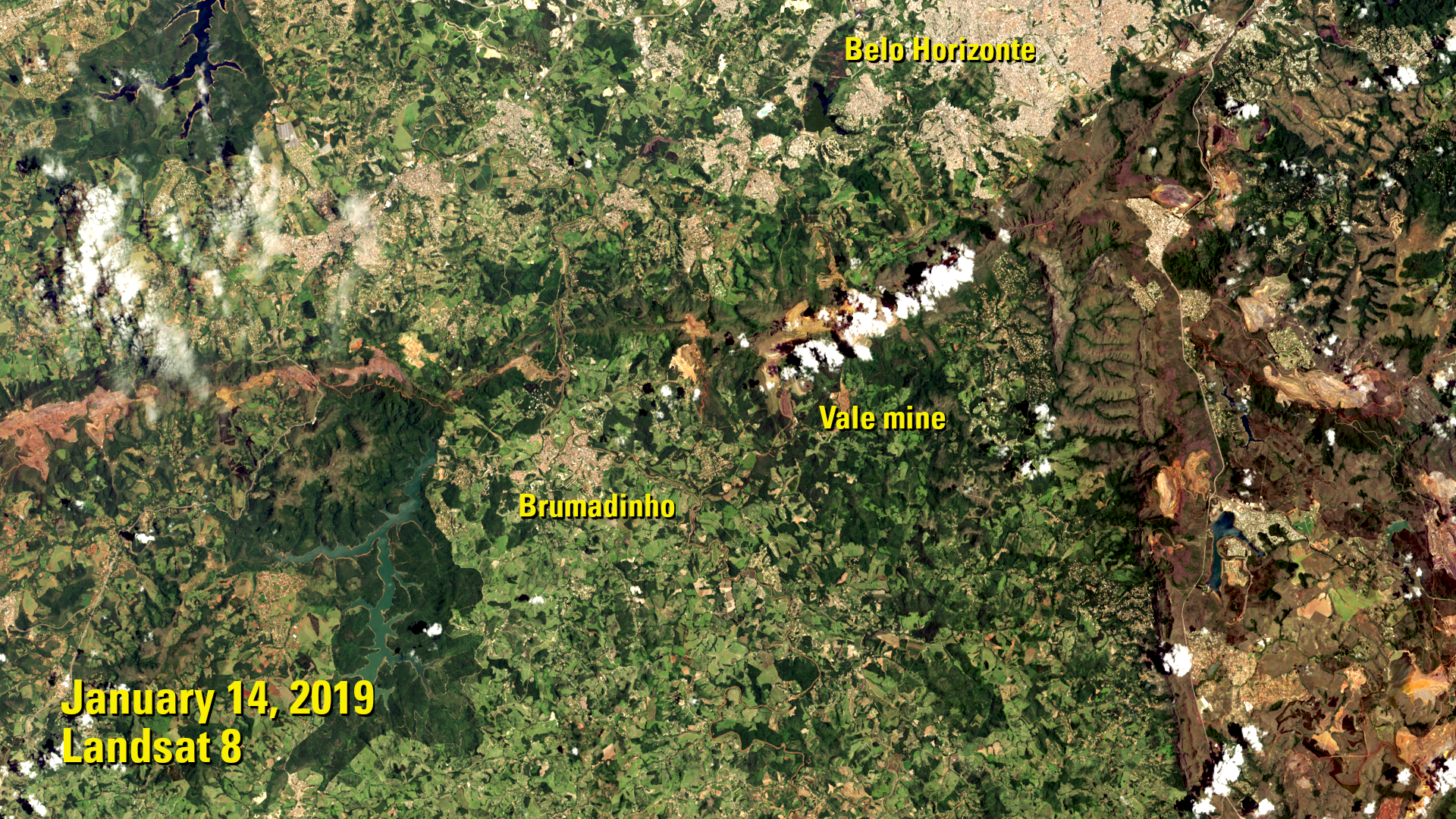 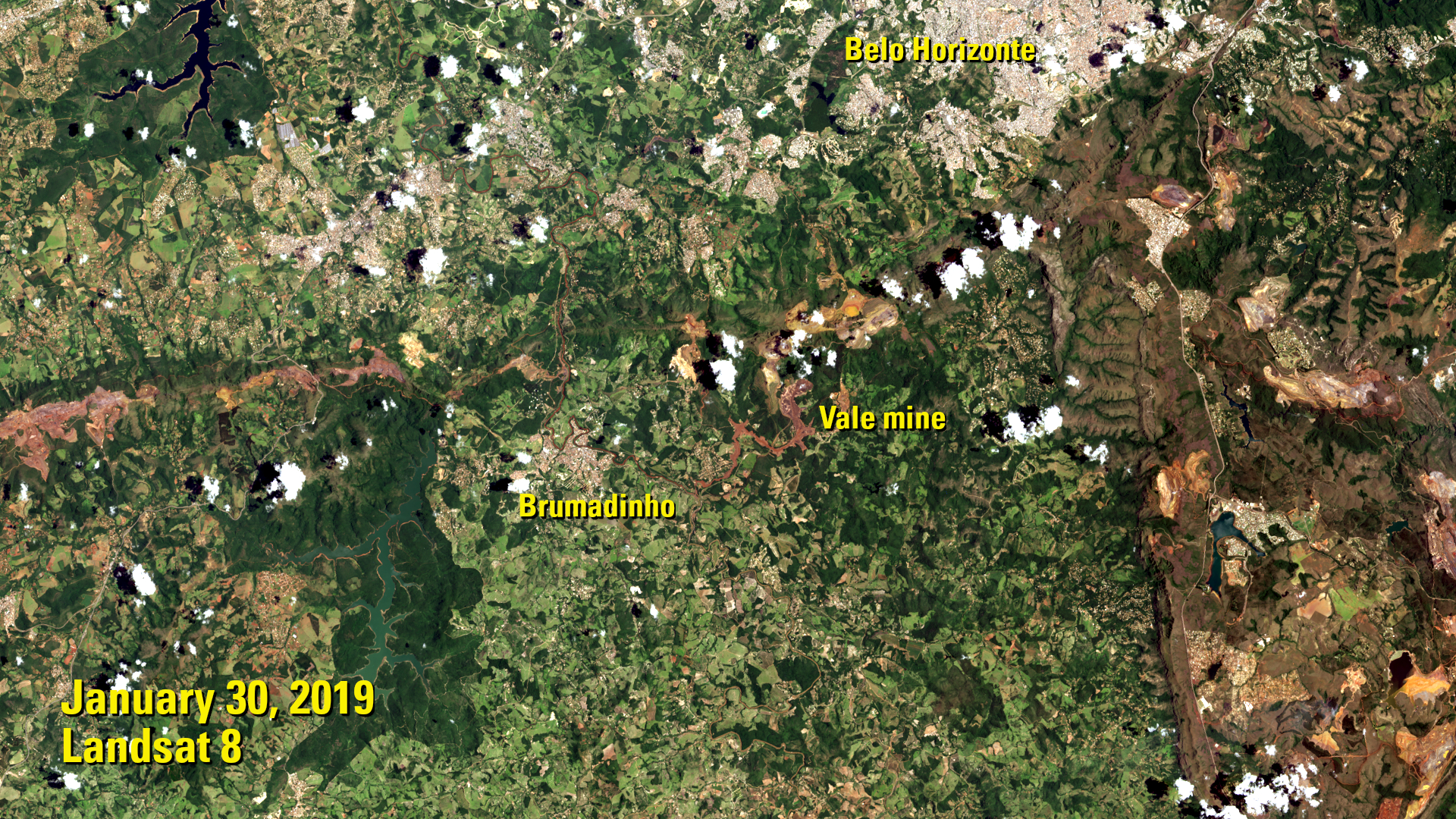 The catastrophic collapse of a dam holding wastewater from an iron ore mine in southeastern Brazil killed more than 90 people on January 25, 2019 and left hundreds more missing.

The natural color images from Landsat 8 were captured on January 14 and 30 over the impacted area in the state of Minas Gerais.

The mine is partially blocked by clouds in the first image, but its tan-colored footprint is discernible between the state capital of Belo Horizonte and the smaller city of Brumadinho. In the second image, the trail of mud from the collapsed dam is clearly visible as it snakes toward the city and through the Paraopeba River. The river’s downstream waters are darkened by mud.

The corporation that operates the mine recently announced plans to dismantle 10 other dams in the disaster’s wake as Brazil monitors the impact of the slurry moving through the river.

Landsat imagery archived at the USGS Earth Resources Observation and Science (EROS) Center can offer a steady stream of data as Minas Gerais recovers from the deadly incident. 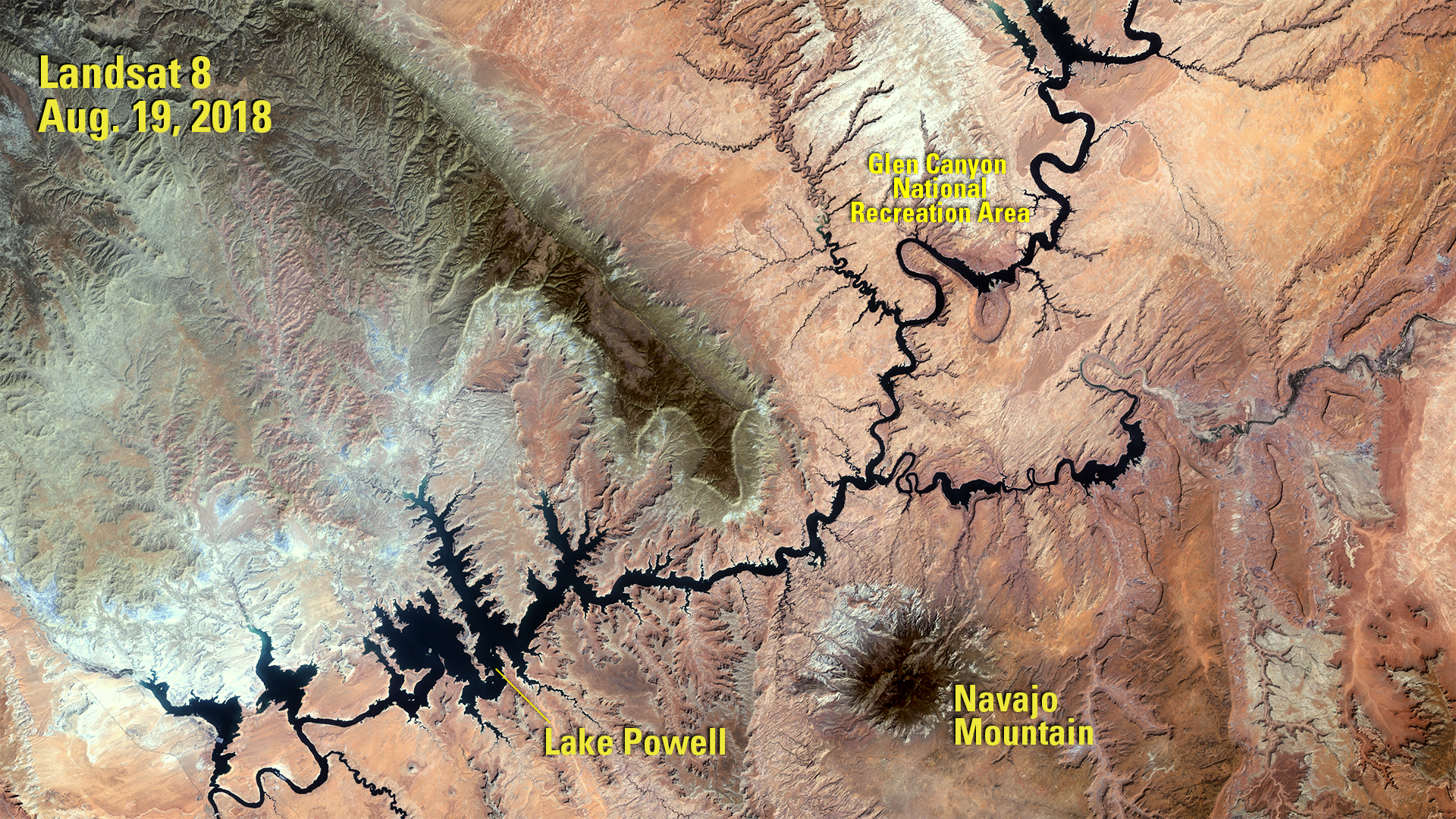 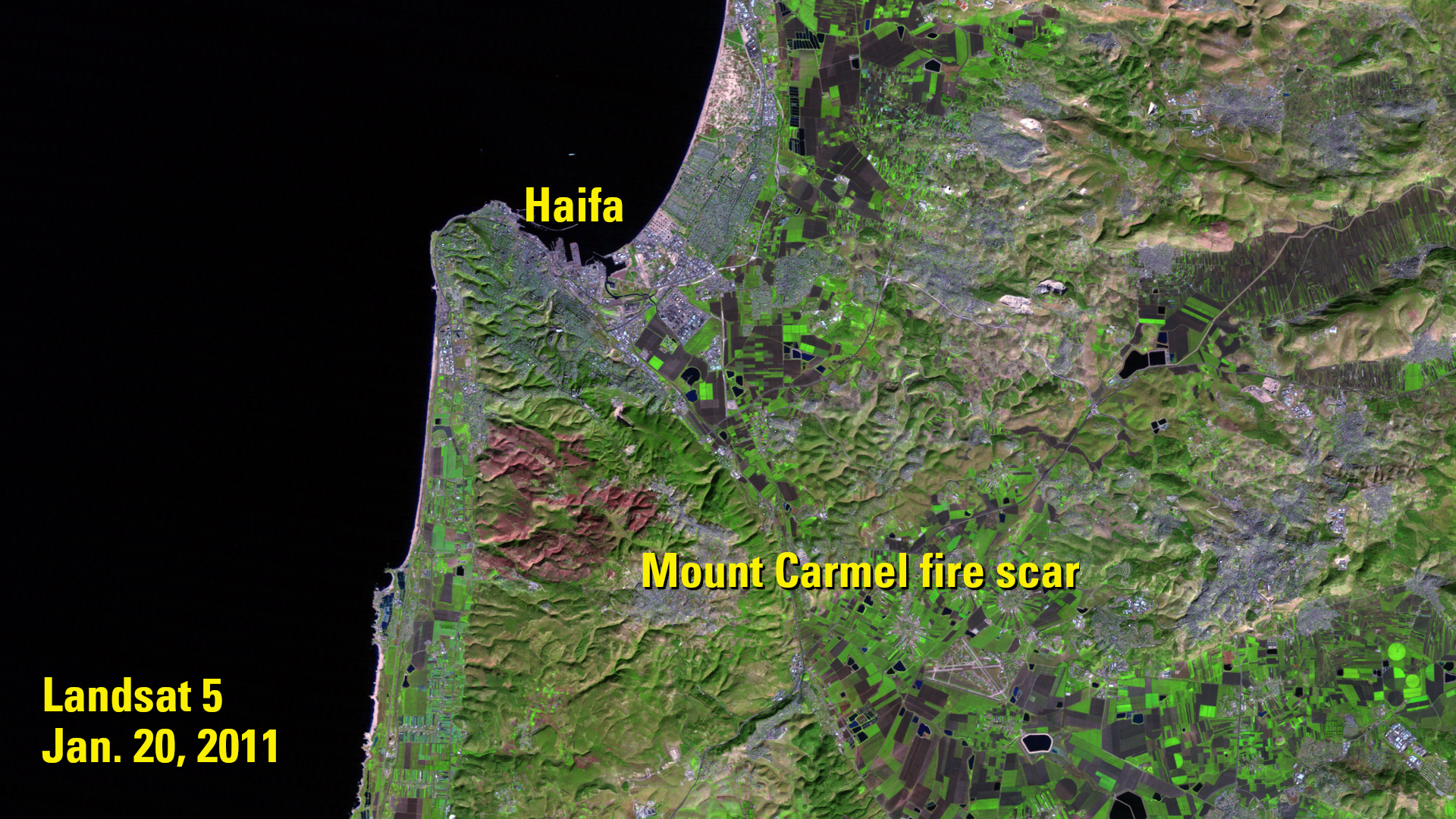