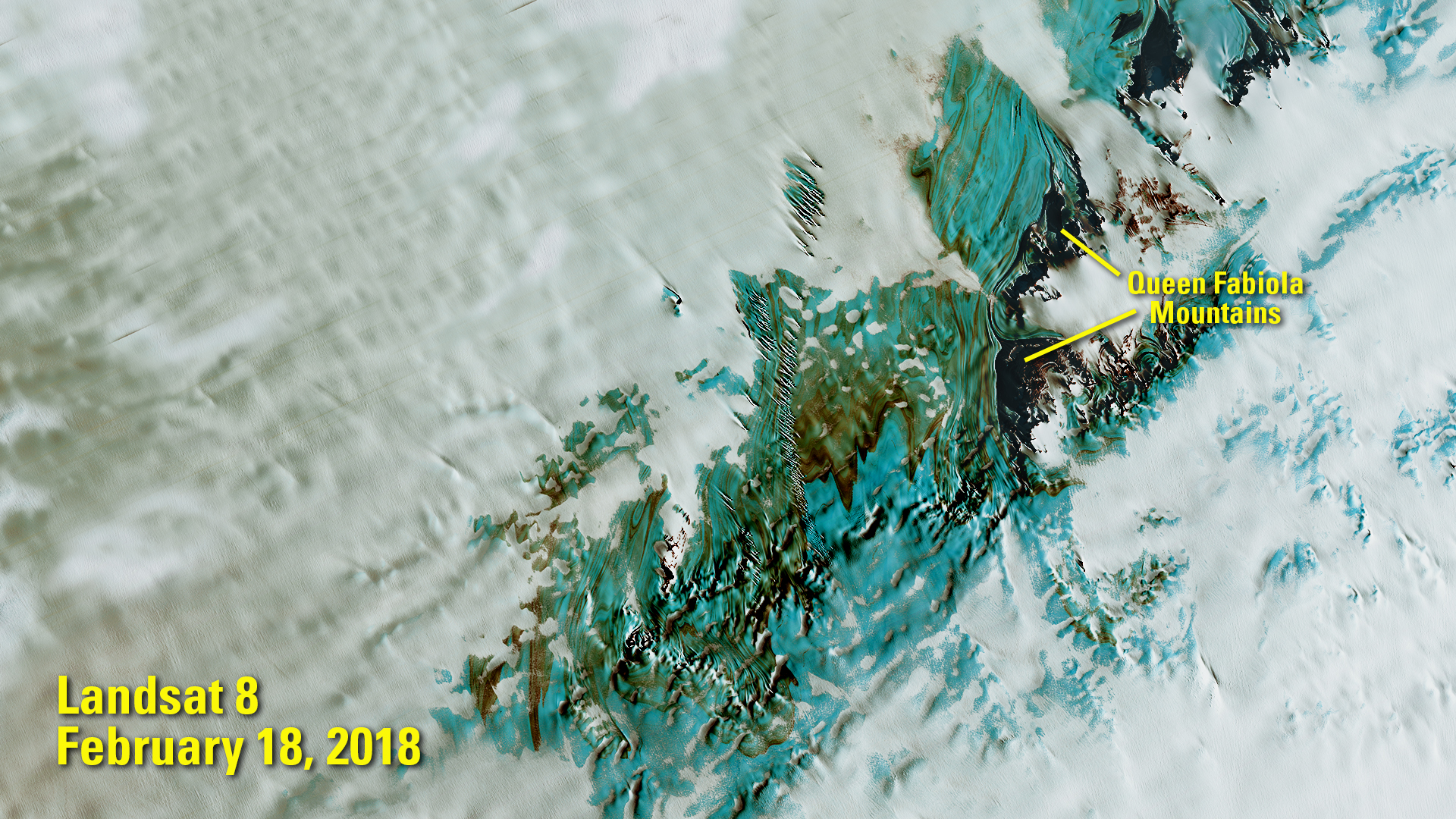 Antarctica’s interior is circled by glacial ice flows that move outward from the frozen continent’s surface.

Imagery collected over Antarctica by satellites like Landsat is typically marked by highly reflective snow and ice, but isolated pockets of wind-swept glacial ice glow with a distinct blue.

This stunning Landsat 8 image was acquired on February 18, 2018. It shows the Queen Fabiola Mountains, a 50-kilometer range that slows glacial movement and pushes stagnant blue ice to the surface. Swirling, textured turquoise surrounds the peaks and snow that remain during the Antarctic summer.

Blue ice forms when air bubbles are squeezed out of compressed snow and firn layers, which are layers of partially-compacted snow left over from previous seasons.

The ice appears blue as a result of the absorption of solar radiation at yellow and red wavelengths. Deeply penetrating light is uniformly scattered at blue wavelengths by the enclosed air bubbles.

Blue ice areas are also noteworthy for their role in preserving fallen meteorites. Over time, the ice has trapped and preserved asteroid fragments, and scientists frequently scour these areas to collect them. 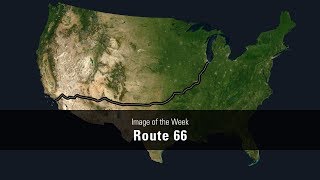 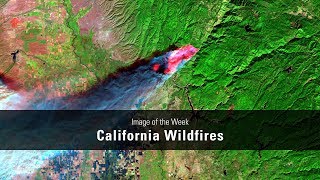