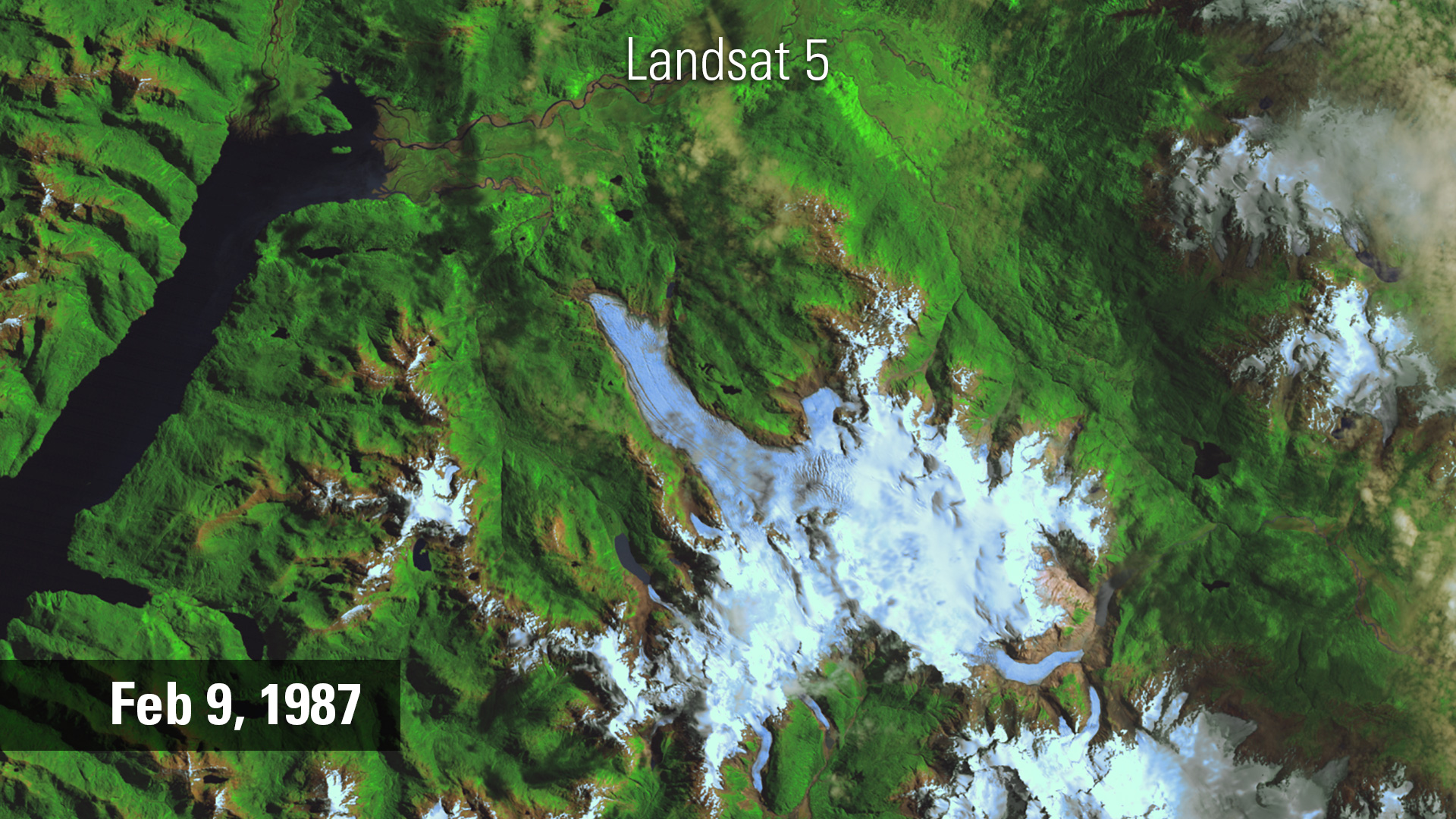 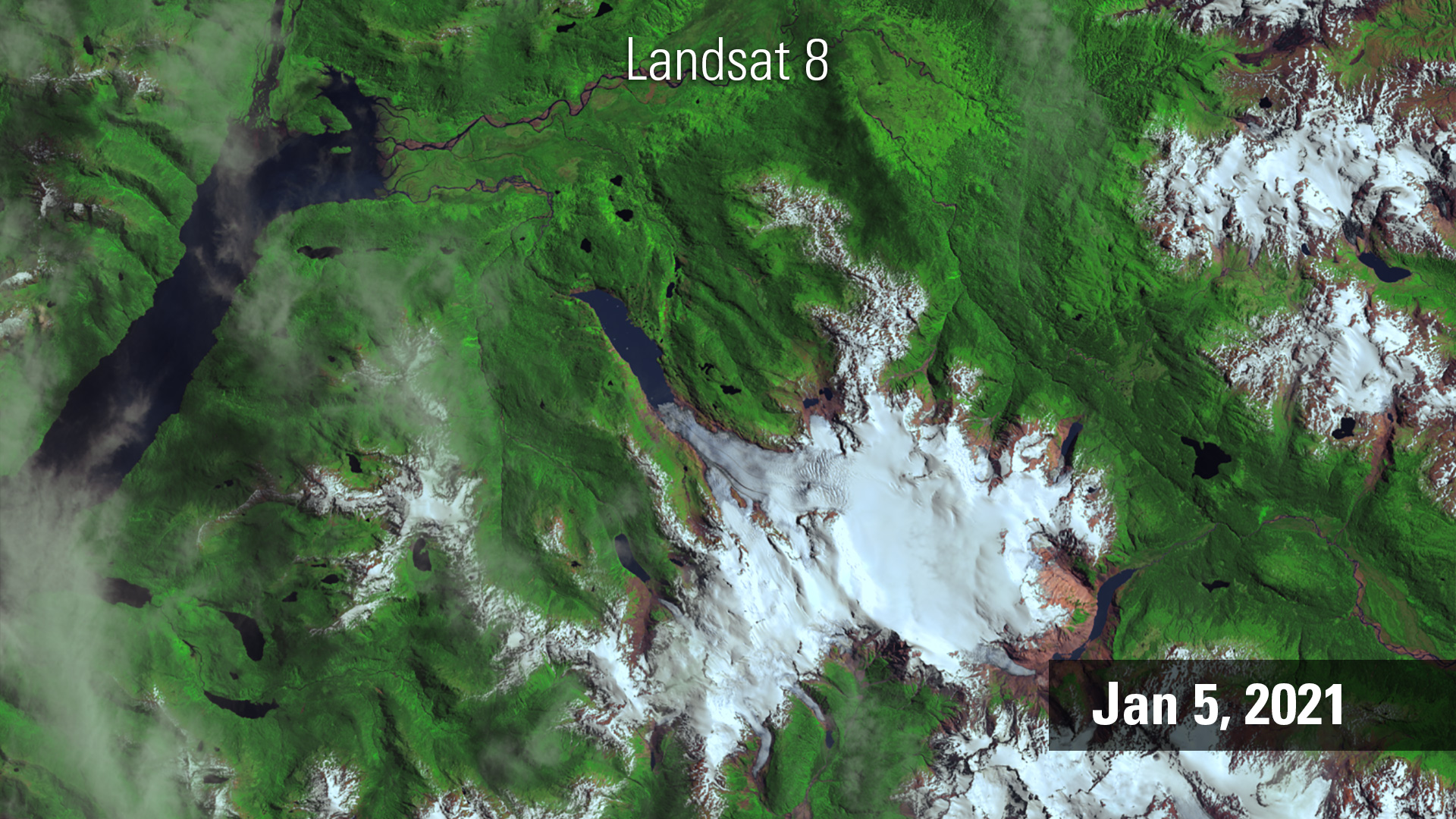 The remote ice fields of southern Chile have seen some dramatic change over the past three decades; change made clear by Landsat's deep archive of imagery.

In 1987, the terminus of Erasmo Glacier was at the end of a low sloping valley. By 2015 it had retreated almost 3 kilometers, and formed a water body referred to as a proglacial lake. The end of the glacier now lies about 4.3 kilometers from where it was in 1987.

Landsat imagery reveals several icebergs in the lake. Over time, fewer icebergs appear, until the 2021 image shows an uncluttered body of water. 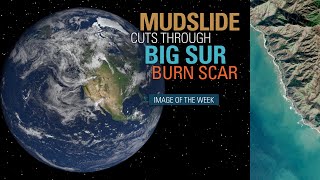 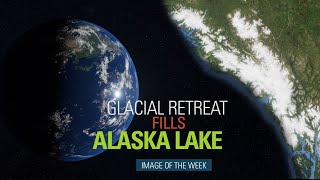