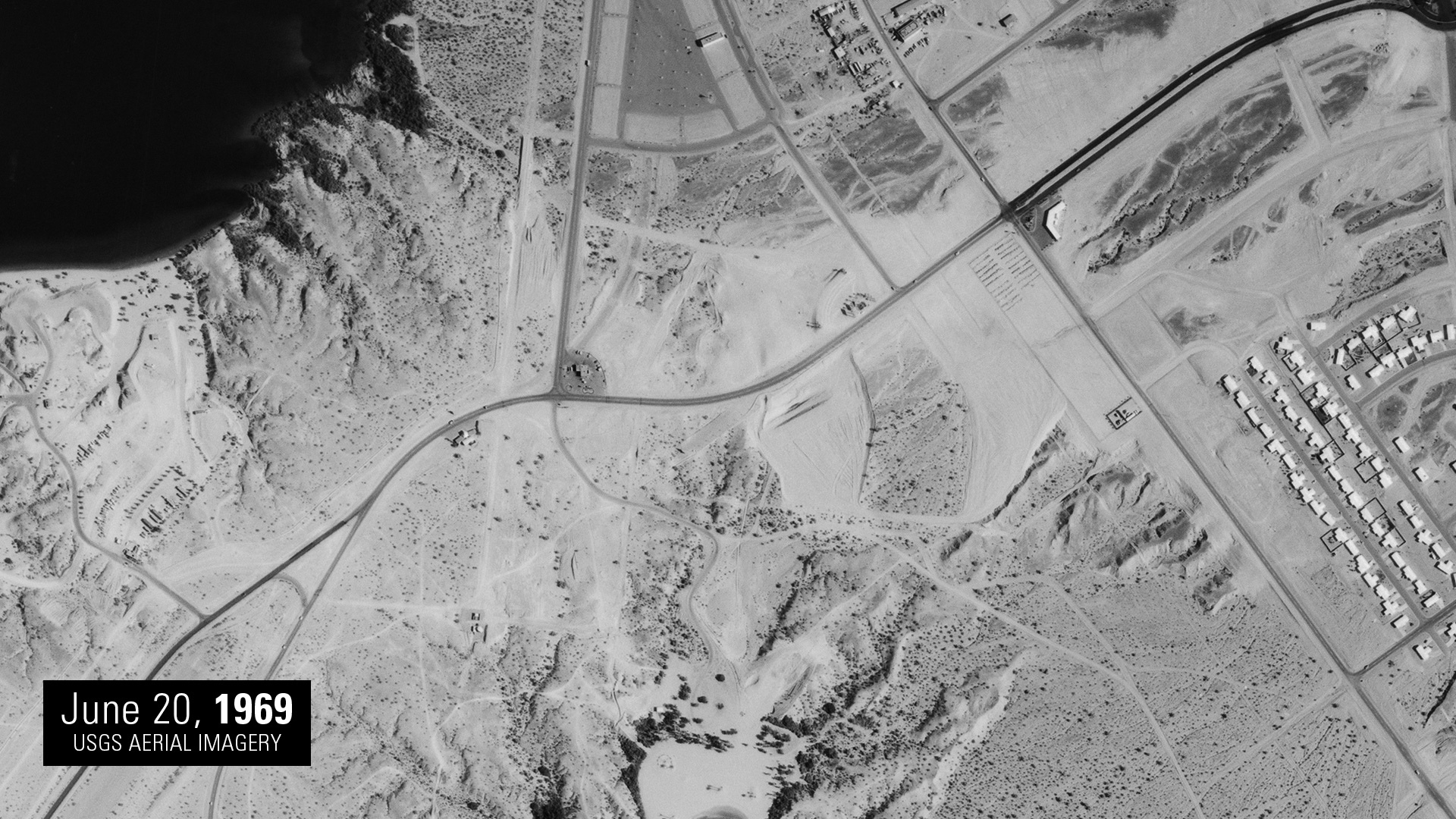 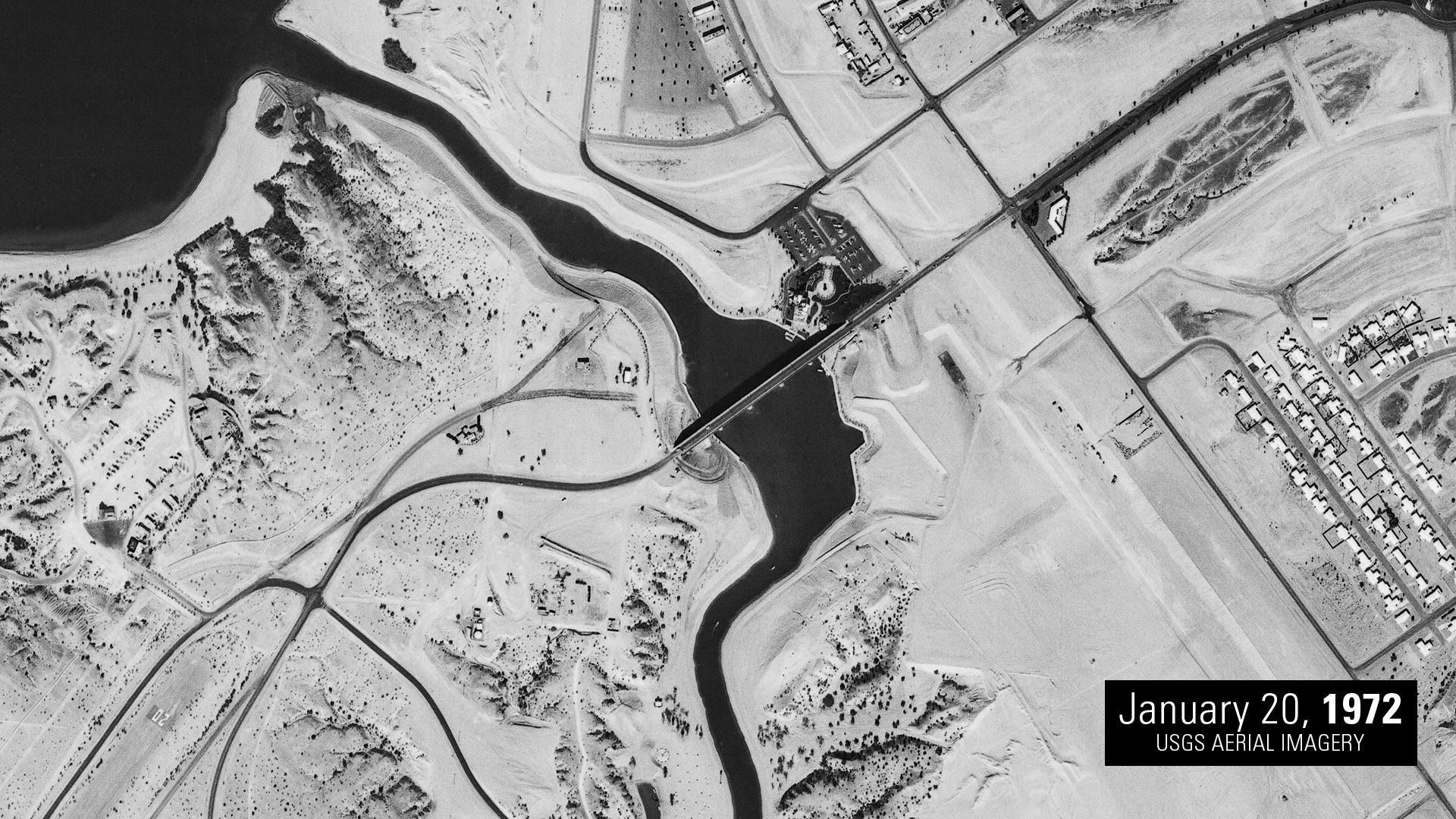 London Bridge was indeed falling down.

Set to be torn apart and replaced in the 1960s, this bridge across the River Thames was purchased by businessman Robert McCulloch in April 1968 and shipped across the Atlantic to Lake Havasu City, Arizona, billed as the world’s largest antique.

USGS aerial photos show the location in 1969, and in 1972, before and after the bridge’s relocation.

Installed strictly as a tourist attraction for the growing city, it was assembled on desert sand with a channel dredged out below, converting a Lake Havasu peninsula into an island.

London Bridge has stood for over 188 years on two continents, and remains this city’s most famous landmark. 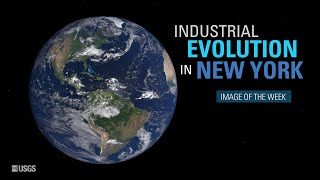