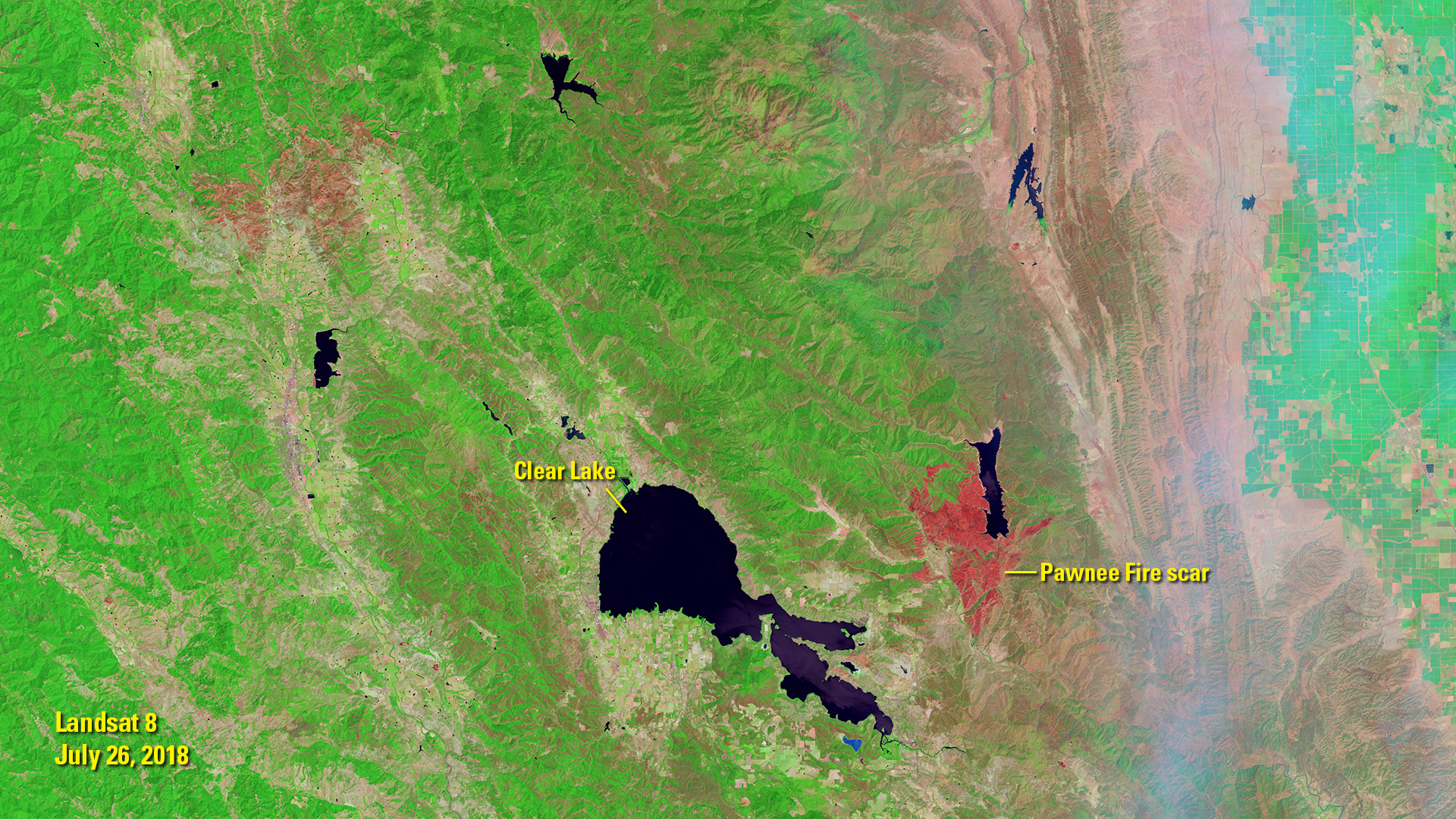 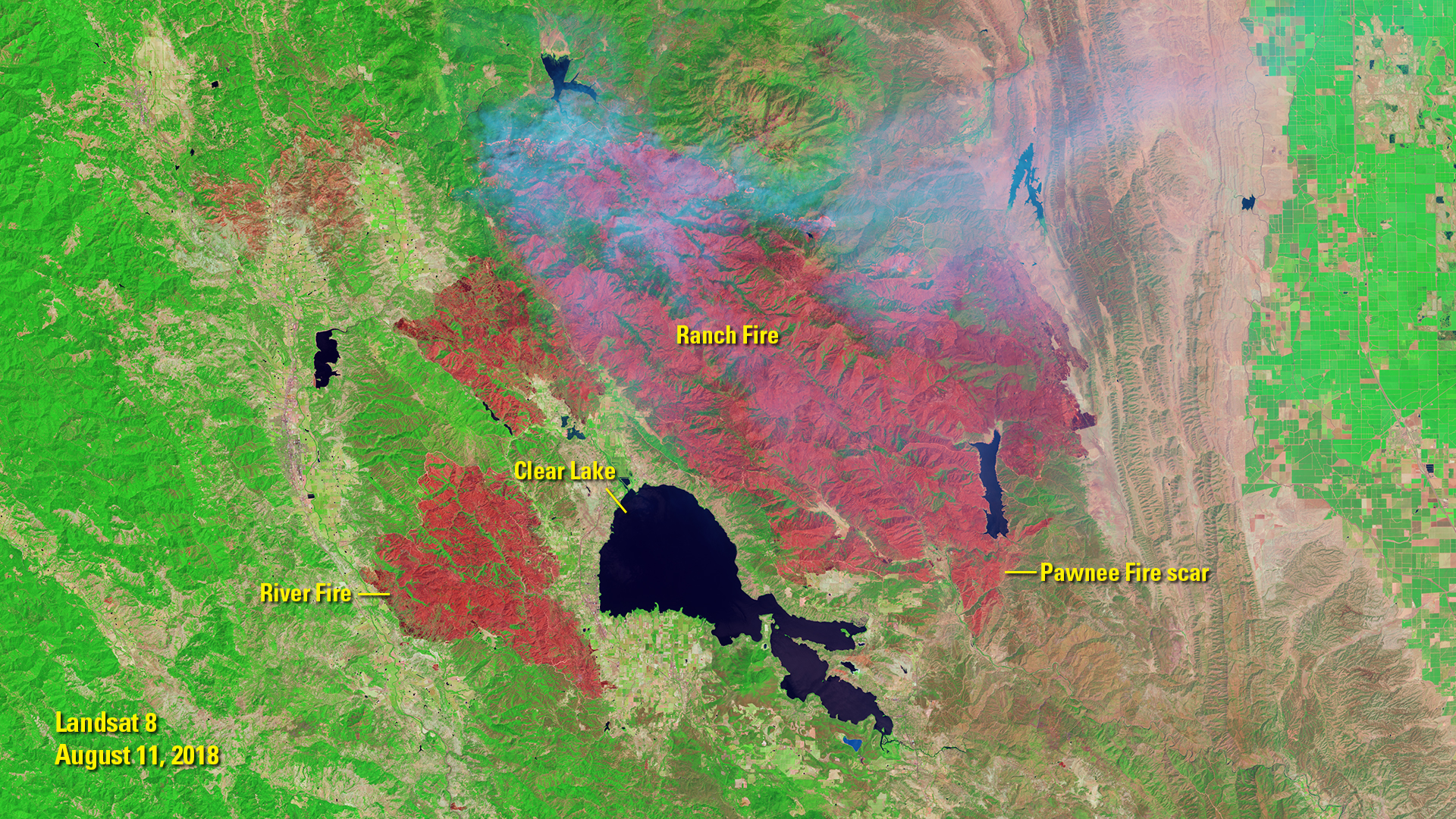 Landsat 8 captured satellite views of California’s largest wildfire on record in the summer of 2018. The Mendocino Complex fire in northern California is a combination of two fires: the Ranch Fire and the River Fire.

Both fires started July 27, and hot, dry, windy conditions caused them to spread rapidly. Landsat 8 imaged the area the day before the fires broke out. By August 11, over 328,000 acres were burned.

The burn scar seen in the July 26 image is from the Pawnee Fire that burned in late June.

Another Landsat 8 image captured several hotspots and thick smoke on August 4. This image shows the eastern edge of the Ranch Fire where a pyrocumulus cloud formed. These towering clouds of hot air and smoke form when a fire burns hot enough to generate a strong updraft.

As of August 13, the Mendocino Complex fires have burned nearly 350,000 acres. 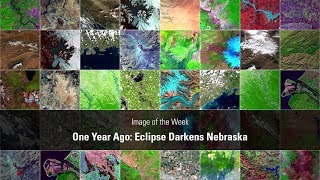 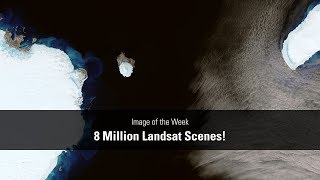