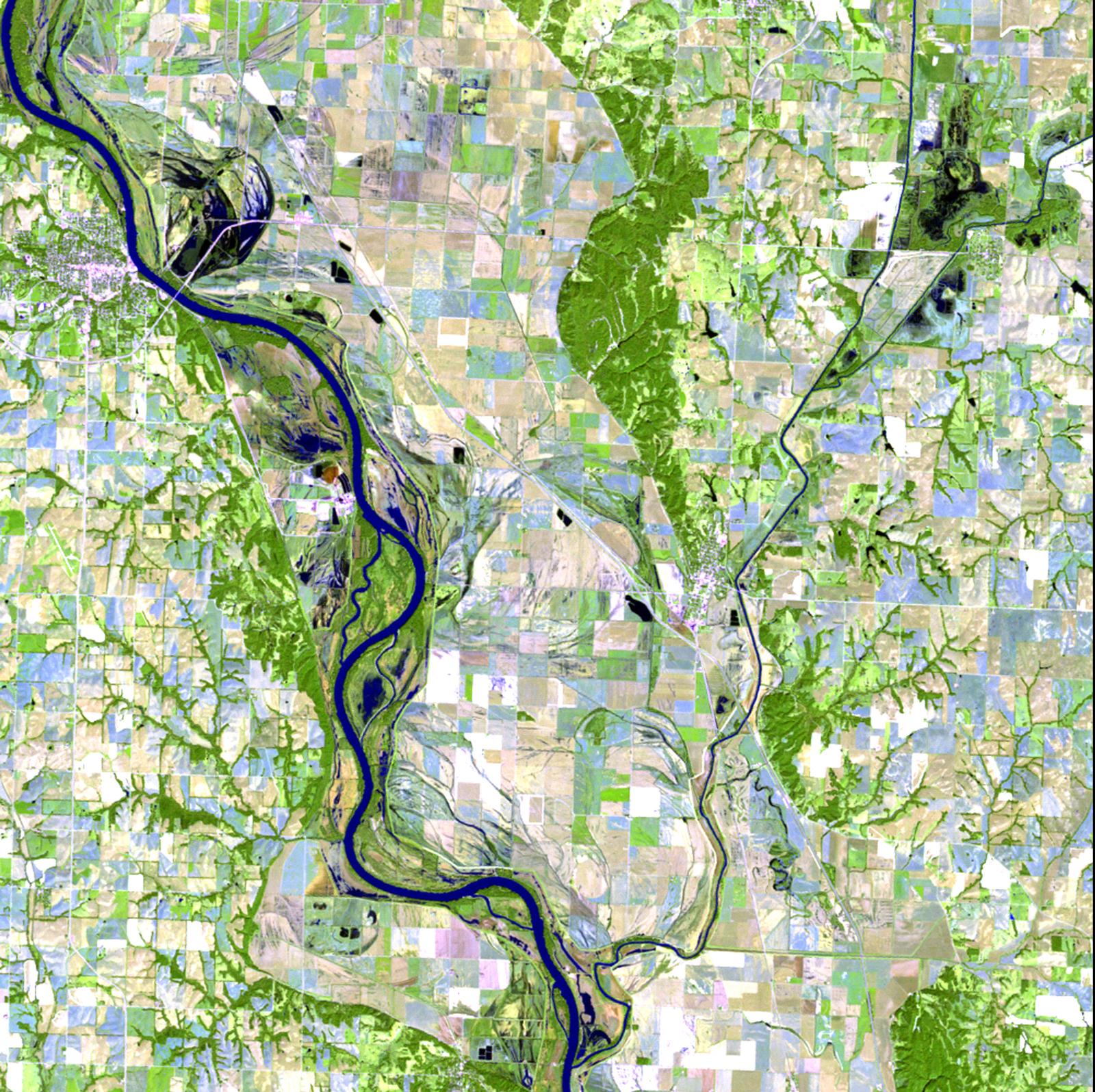 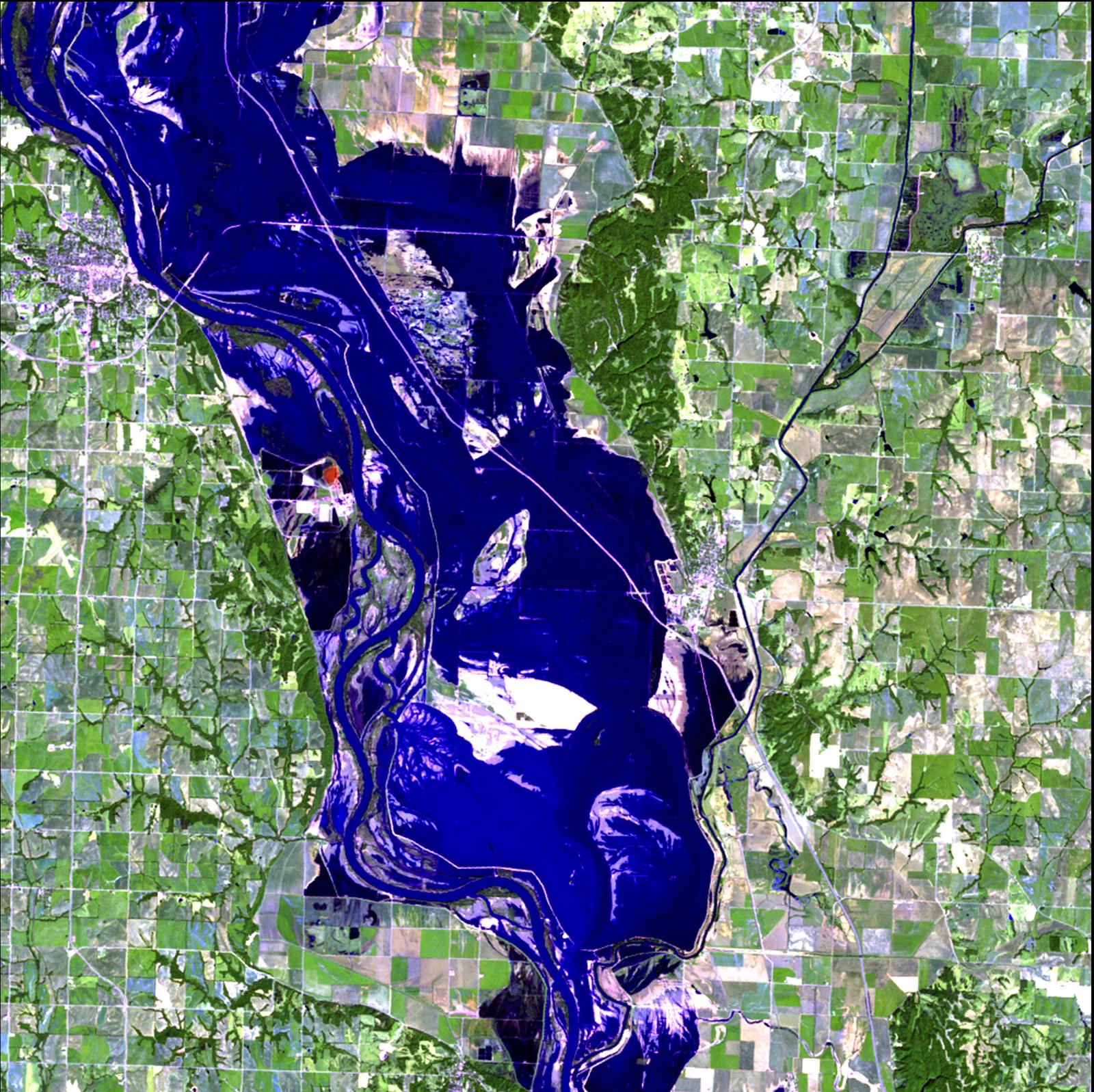 In spring of 2011, the communities along the Missouri River were threatened by high flows and record releases from dams in Montana and the Dakotas. Heavy rains and snowpack resulted in near-record flooding along parts of the Missouri. One community especially hard hit was Hamburg, Iowa (pop. 1,300).

Levees had protected Hamburg in the past; however, the unusual flow in 2011 put levees to the test along much of the 1,700 miles of the Missouri, and in early June levees near Hamburg failed, causing extensive flooding and evacuation of many homes.

By late June the U.S. Army Corps of Engineers had rebuilt levees and Hamburg was protected from additional flooding.

Landsat imagery acquired before and after the extensive river flows illustrate the impact of the levee failures and the later results of a combination of reconstructed levees and diminishing river levels. 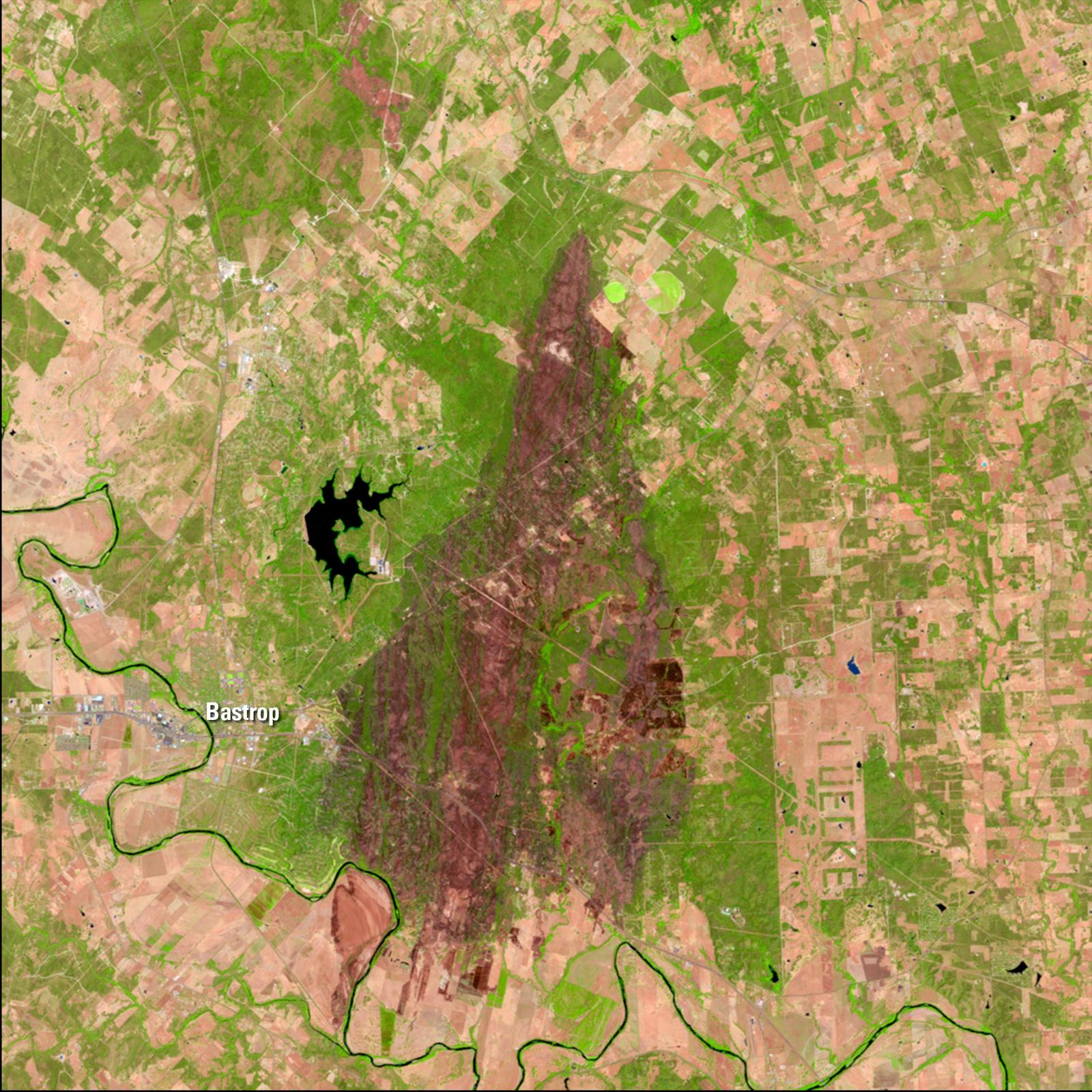 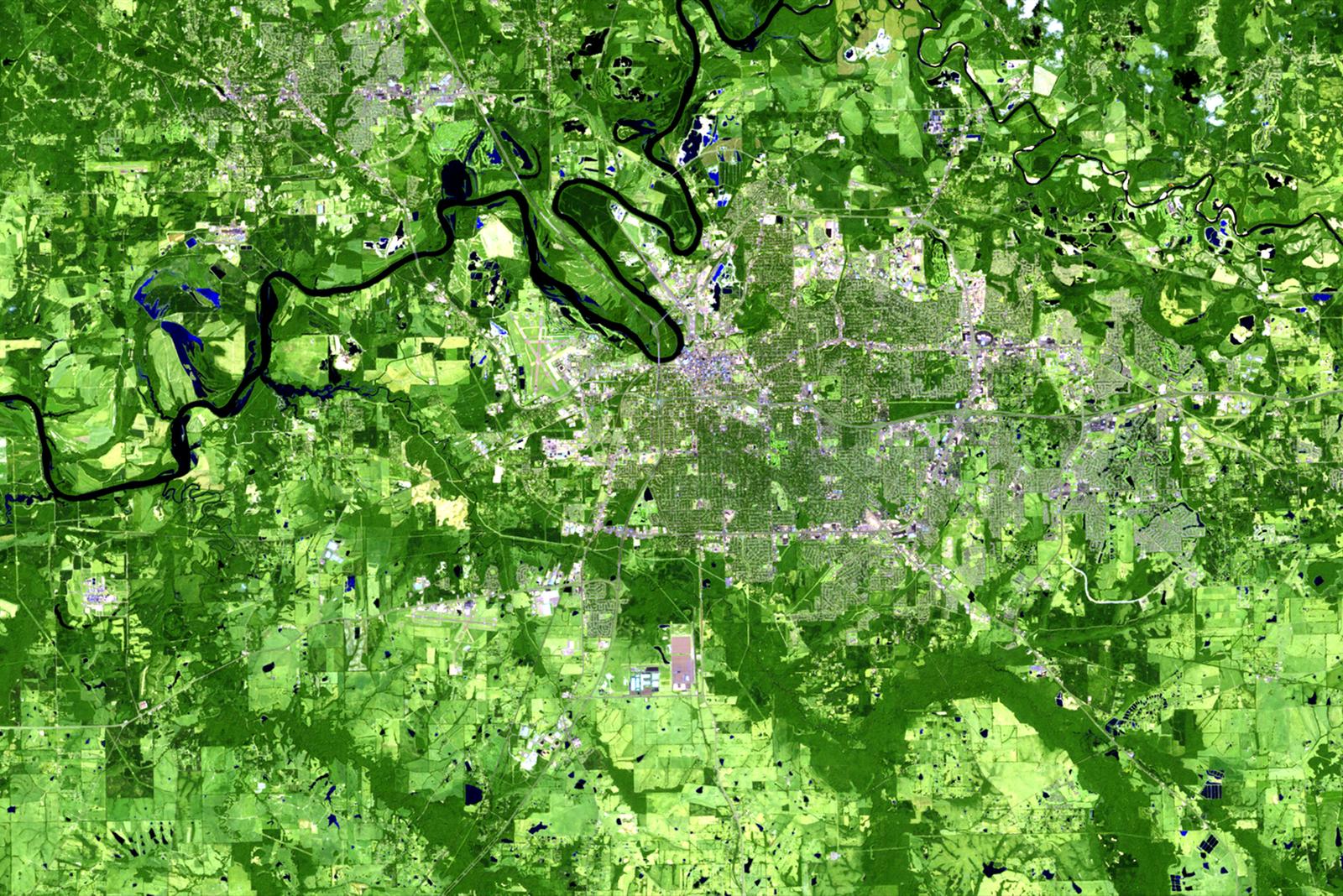