One Year Ago: Eclipse Darkens Nebraska 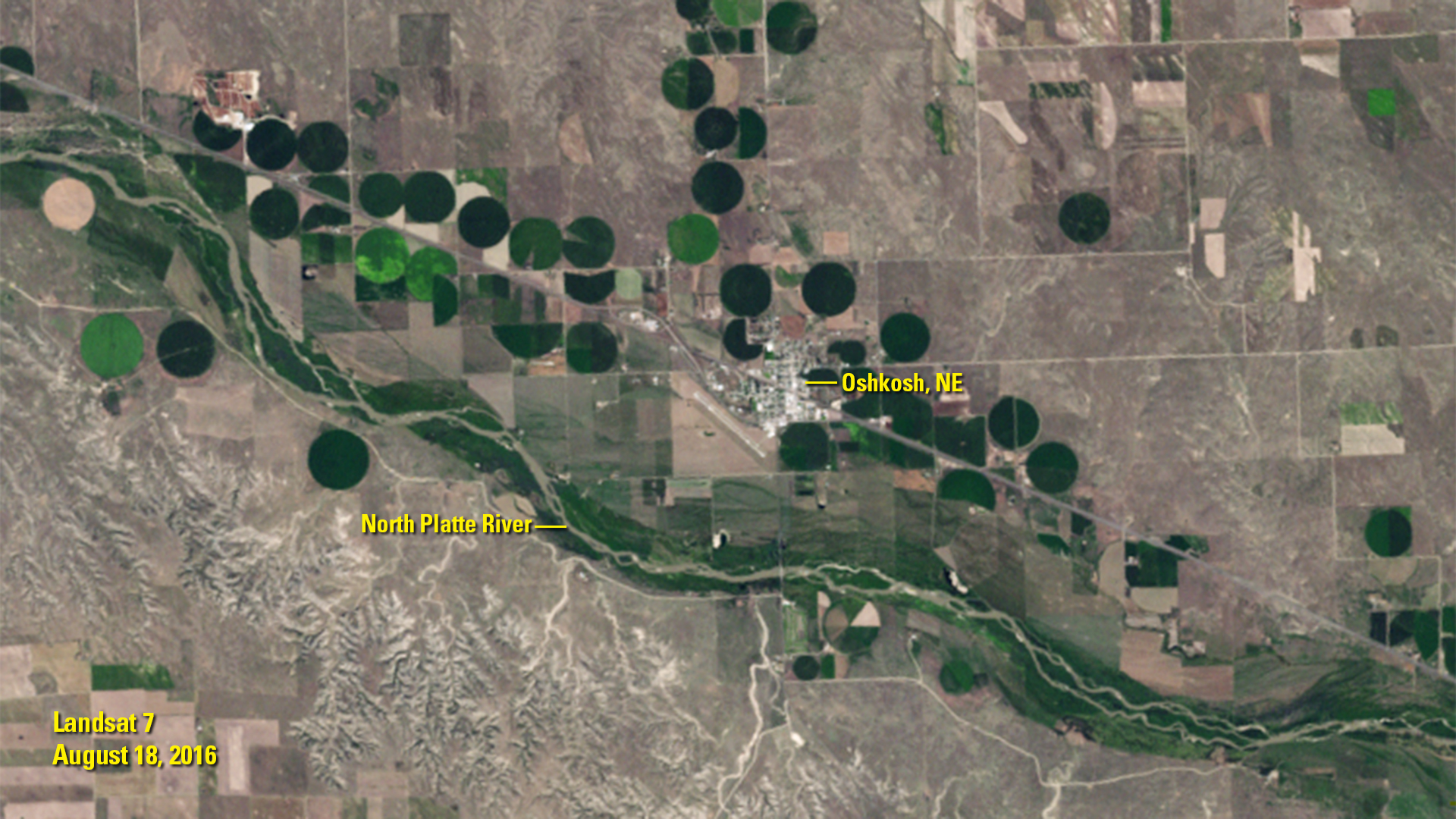 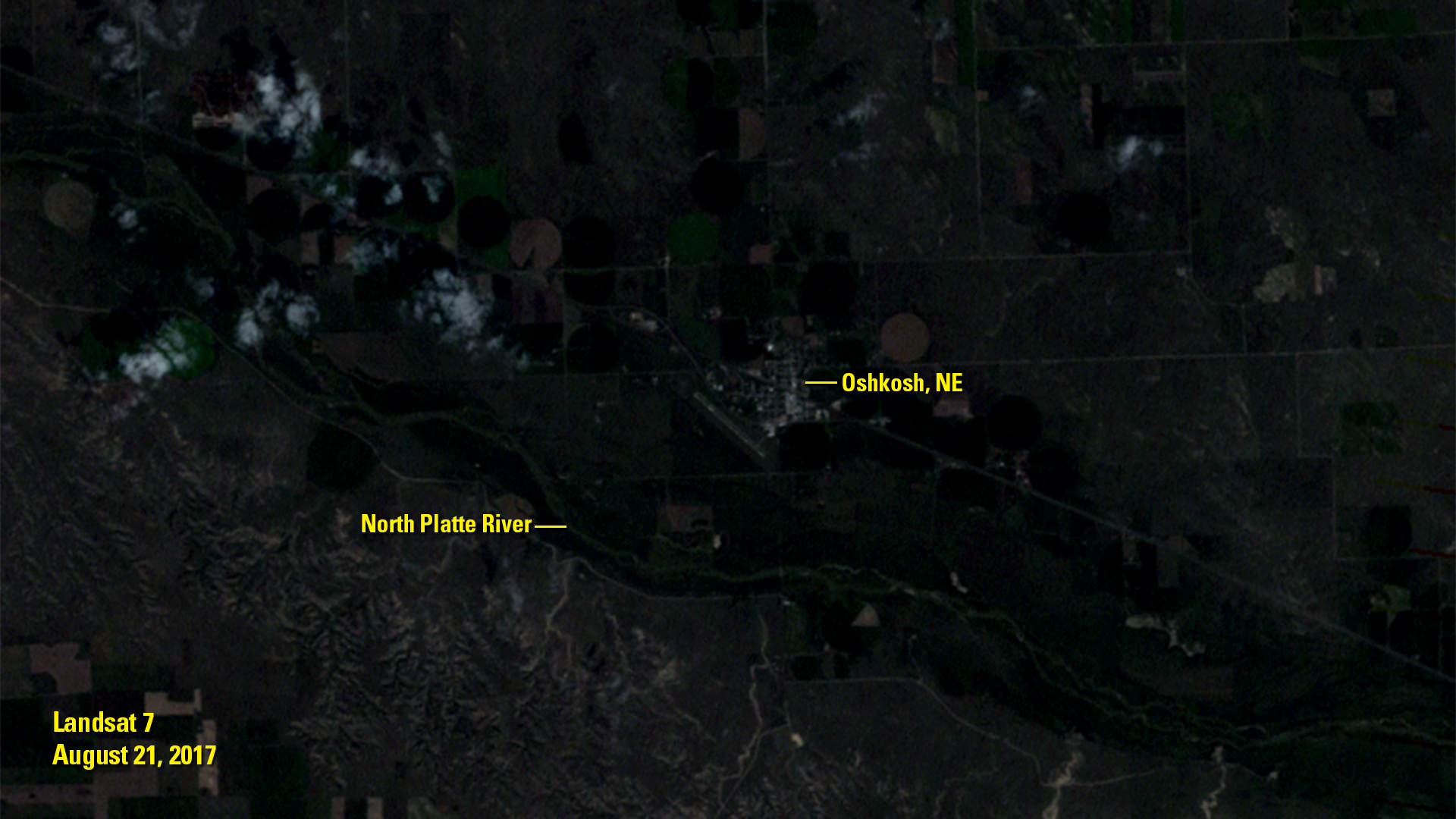 A total solar eclipse darkened the skies over the United States on Aug. 21, 2017.

Fourteen states were in the path of totality, a 70-mile-wide band under which the moon fully blocked the sun for just under three minutes.

Oshkosh, a town in the Nebraska Sandhills, was a prime location for viewing the eclipse. This Landsat 7 image shows the town at 11:33 a.m. local time on Aug. 18, 2016, a year before the total eclipse.

The sandy surroundings to the north and south are bright and clear in the natural color image, as is the lush green vegetation along the North Platte River to the south. The green circles peppered throughout the image signal the location of center-pivot irrigation systems.

One year later, Landsat 7 captured an image of Oshkosh at the same time of day, just 17 minutes before the totality. Each feature in the midday scene is darker. A scattering of clouds to the west is the brightest feature in the scene.

The next total solar eclipse will take place on July 2, 2019. That eclipse will be visible in the South Pacific, Chile and Argentina. 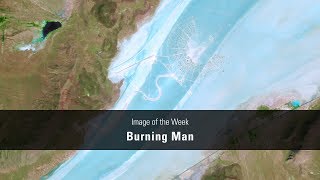 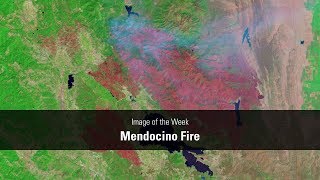