Seeing Historic Route 66 from Above 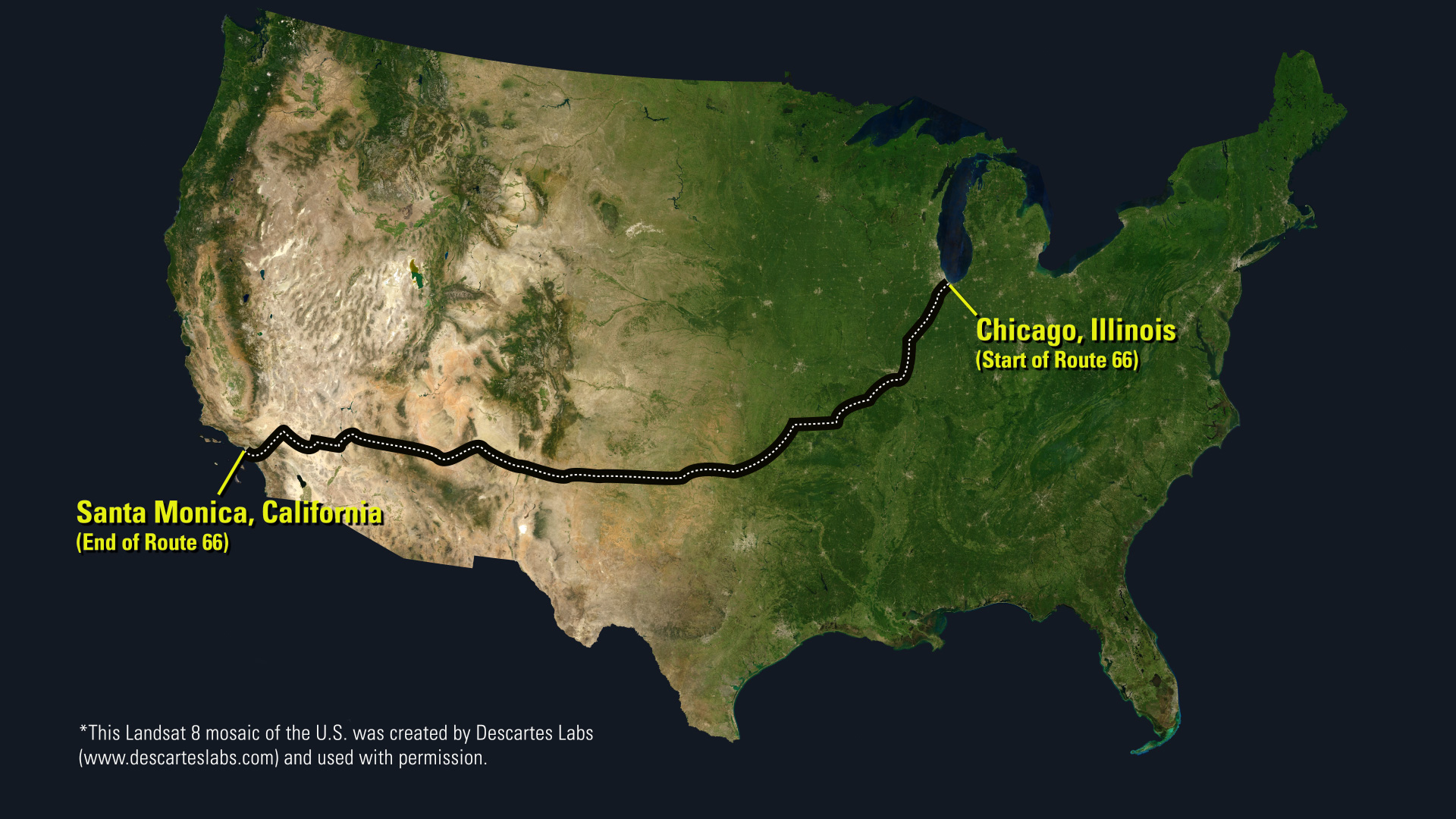 Route 66 was established in November 1926. Named “The Mother Road” by John Steinbeck, the route is a cultural icon of America, symbolizing mobility and freedom.

We mark the route with this satellite mosaic and a combination of historical aerial photos and current aerial imagery from the USGS EROS Center archive.

The starting point of Route 66 is in Chicago at the corner of Adams Street and Michigan Avenue.

A classic landmark on the route near Amarillo, Texas, is Cadillac Ranch. The public art display consists of 10 Cadillacs lined up and half buried in the ground.

The last stretch of Route 66 was decommissioned in 1984 when Interstate 40 was completed in Arizona.

An aerial image shows the visitor center for Petrified Forest National Park in Arizona along I-40. The Landsat 8 image shows a broader view of the highway cutting across the desert.

I-40 bypassed Winslow, Arizona, in 1977. The interstate loops around the town in the 2017 image. Cross-country travelers no longer slow down to go through the town.

Route 66 then continued into California and its end point in Santa Monica. 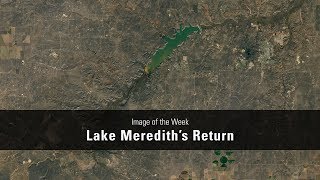 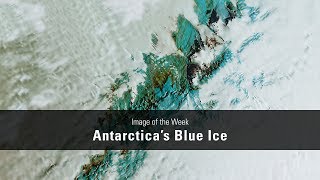