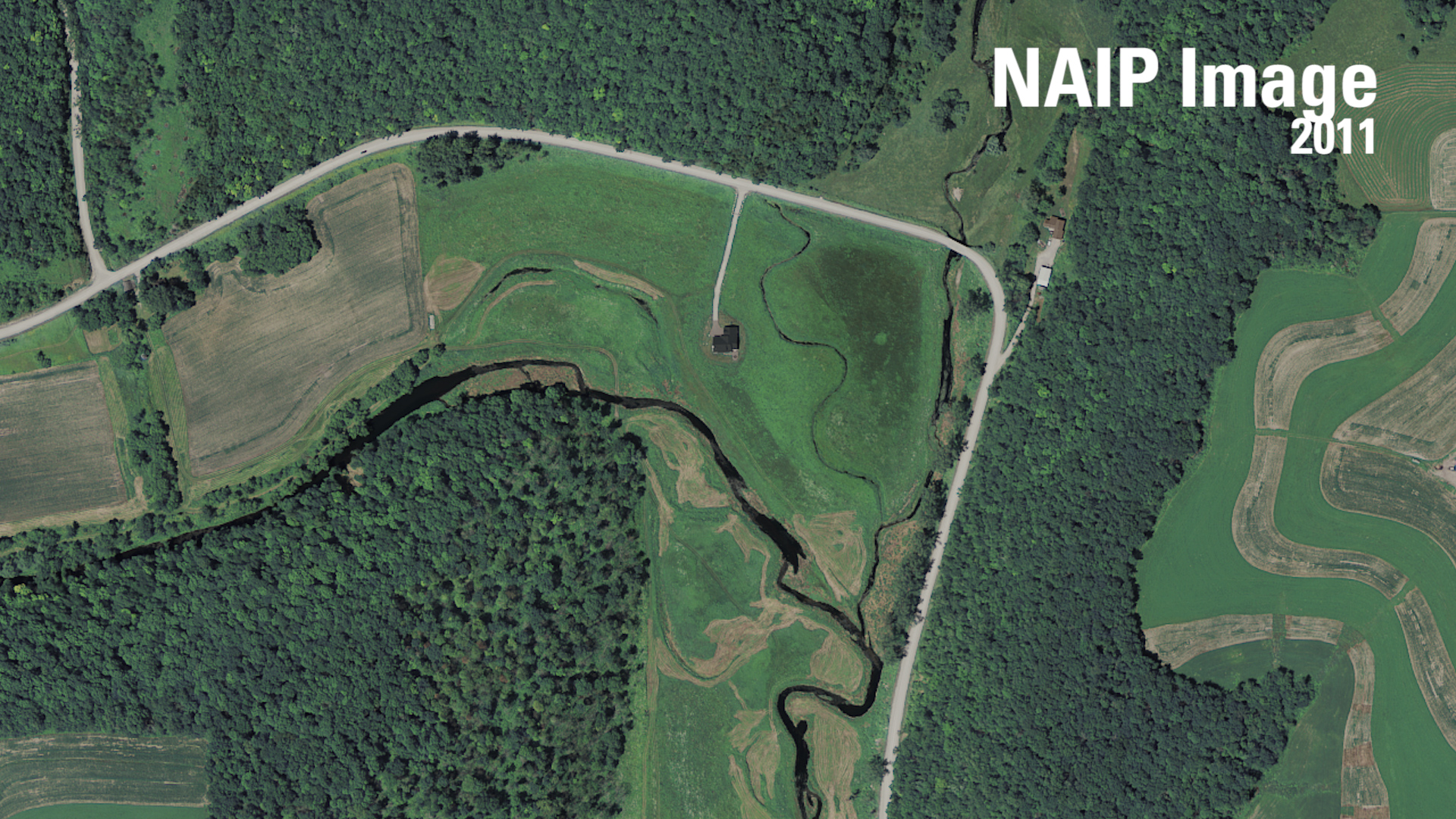 A small watershed restoration project proves that land farmed for half a century can be returned to a previous state.

In 2002, a scientist from Minnesota bought 98 acres in northeastern Iowa, most of it annually tilled cropland. The land included the confluence of Duck Creek and Waterloo Creek.

He observed soggy patches of ground during wet periods and marked the locations with flags. He then found an aerial photo from the 1940s, before the land was converted to cropland. It showed a short stream meandering across the land, matching where he had placed his flags.

That spring-fed stream had been diverted to a ditch along a roadside. The water was diverted east to Duck Creek to make way for the crops.

By 1975, hardly a trace of the original stream is evident. In 2002, a color-infrared view shows the tilled crop field, with growing vegetation shaded red.

By 2004, the spring, which pours out a gallon of cold clear water each second from a deep aquifer, turned back to its original course. Volunteers planted prairie cord grass to stabilize its banks. The area near the stream was also seeded with additional species of native grasses. Recent photos show a newly healthy stream, now named Brook Creek, and restored prairie with a new home within it.

The EROS archive includes historical and current aerial photos, available for free download for anyone at https://earthexplorer.usgs.gov/. 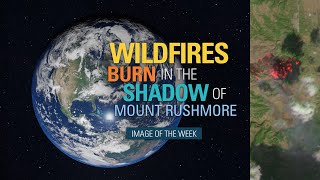 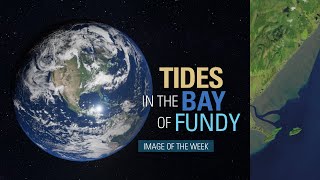