A new atlas named Landscapes of West Africa: A Window on a Changing World tells the story of transformations and trends across many lands in West Africa, including this look at the threat of human activities in the Okomu Forest Reserve in southern Nigeria.

Closed-canopy tropical moist forest once covered large parts of this Nigerian landscape. Since the 1940s, however, systematic rotational logging and farming have caused major losses of natural forest.

In the 1984 Landsat 5 image, parts of the reserve have already been converted to plantations of oil palm and rubber trees, as seen in shades of magenta. In 1985, a wildlife sanctuary of 44 square miles was carved out of the most intact area of the forest reserve to protect a small population of forest elephants and several species of threatened primates.

The sanctuary was designated the Okomu National Park in 1999 to give it more protection from plantation and farm development, as well as human settlement expansion. The visible impact of large-scale rubber and oil palm plantation expansion in the northern half of the forest reserve is easily seen in the 2017 Landsat 8 image. However, the Okomu National Park remains largely protected within the reserve and stands out against its surroundings.

The atlas and its accompanying datasets are valuable tools to Nigerian forest managers in their effort to protect Okomu from further ecosystem degradation. 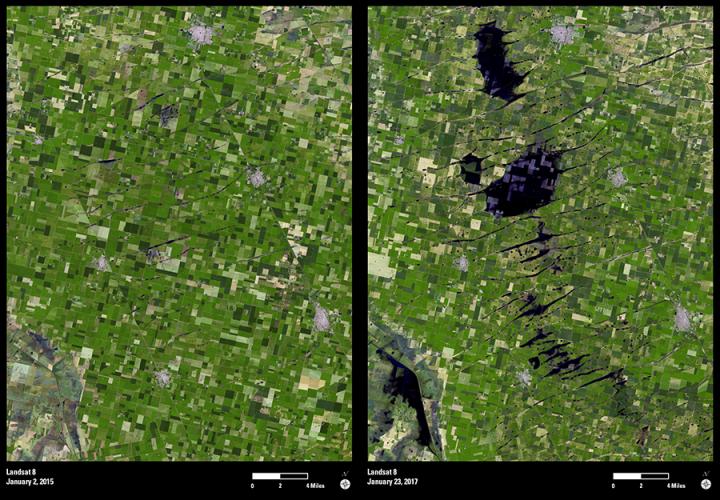 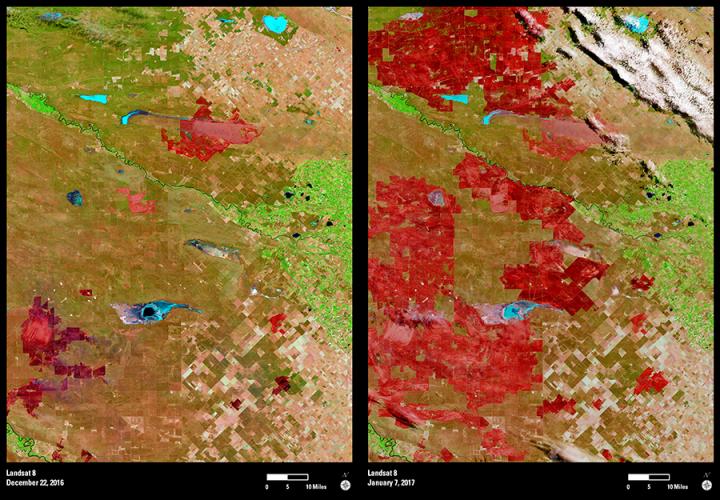