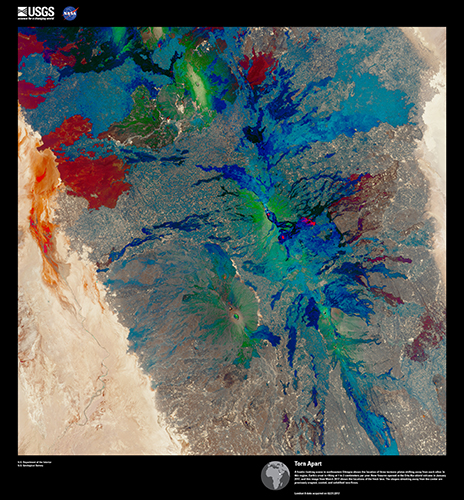 A frantic-looking scene in northeastern Ethiopia shows the location of three tectonic plates shifting away from each other. In this region, Earth’s crust is rifting at 1 to 2 centimeters per year. New fissures opened in the Erta Ale shield volcano in January 2017, and this image from March 2017 shows the locations of the fresh lava. The shapes streaking away from the center are previously erupted, cooled, and solidified lava flows.