During the aquaculture expansion of the 1980s, cropland in the fertile valley was converted to catfish ponds. After the decline, many ponds returned to cropland. Some were left unused.

The Landsat images from 1972 and 1986 show that impressive expansion. Based on the 1972 image, which is coarser resolution than the later Landsat imagery, the land was either cropland or flat wetland before the catfish ponds were constructed.

Near Belzoni, Mississippi, many ponds have partially converted to cropland. According to the USDA Cropland Data Layer, the region shown in these images has converted to cotton, corn, soybeans, and rice growing. There are also woody wetlands in the former ponds.

The 2021 images span the seasons to show which areas have converted back to cropland. Actively growing crops appear bright green in the summer images. Those fields turn a washed-out pink after harvest. The areas that remain dark green in the fall are forested. By winter, those areas, too, become a faded brown and are the first areas to green up again in spring.

Where the water disappears throughout the 2021 images may be rice fields. Places where the water persists all year are catfish ponds. 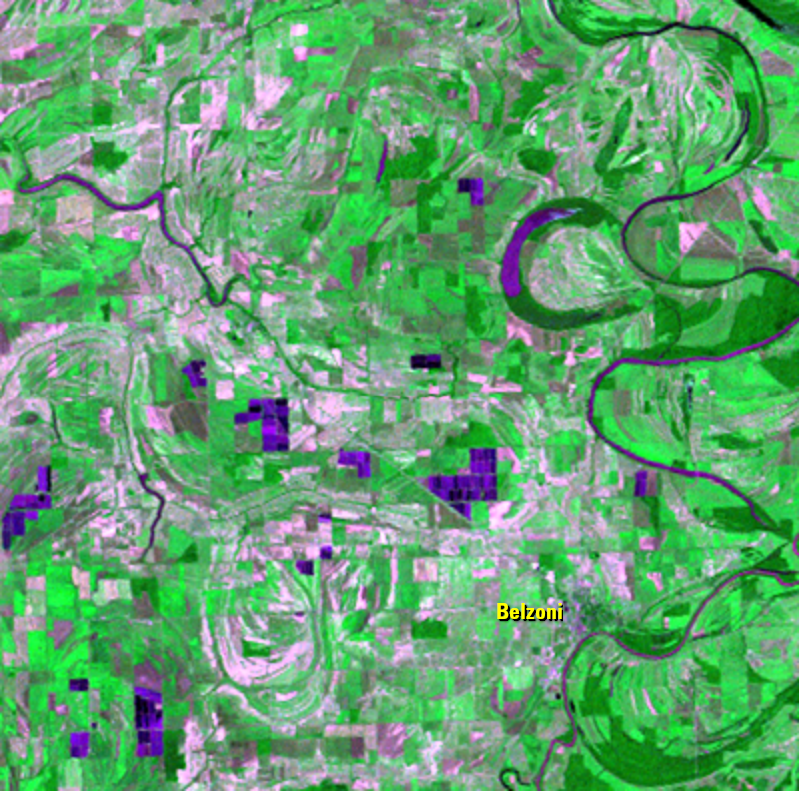 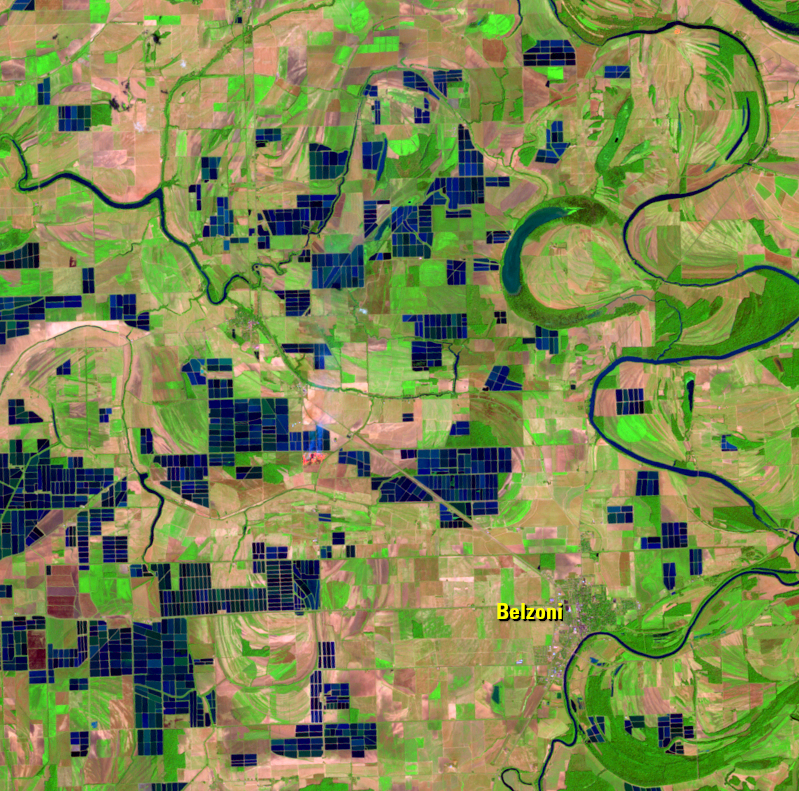 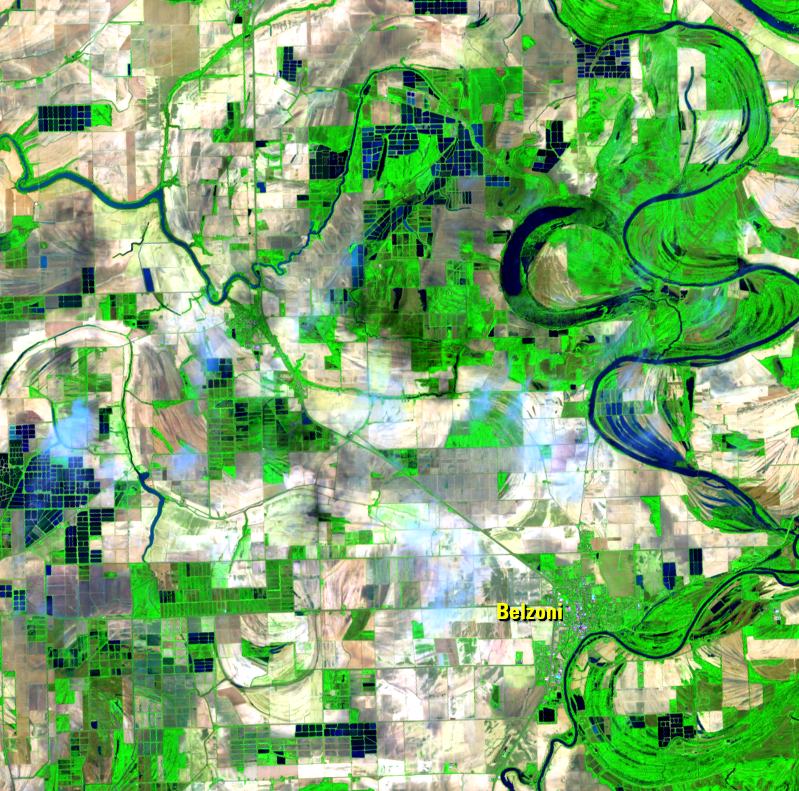 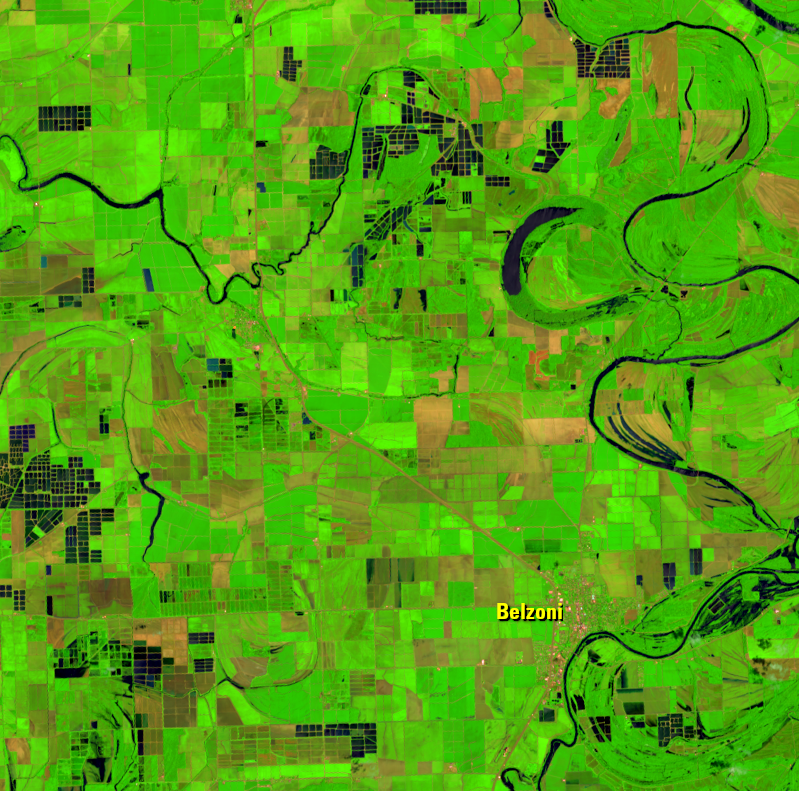 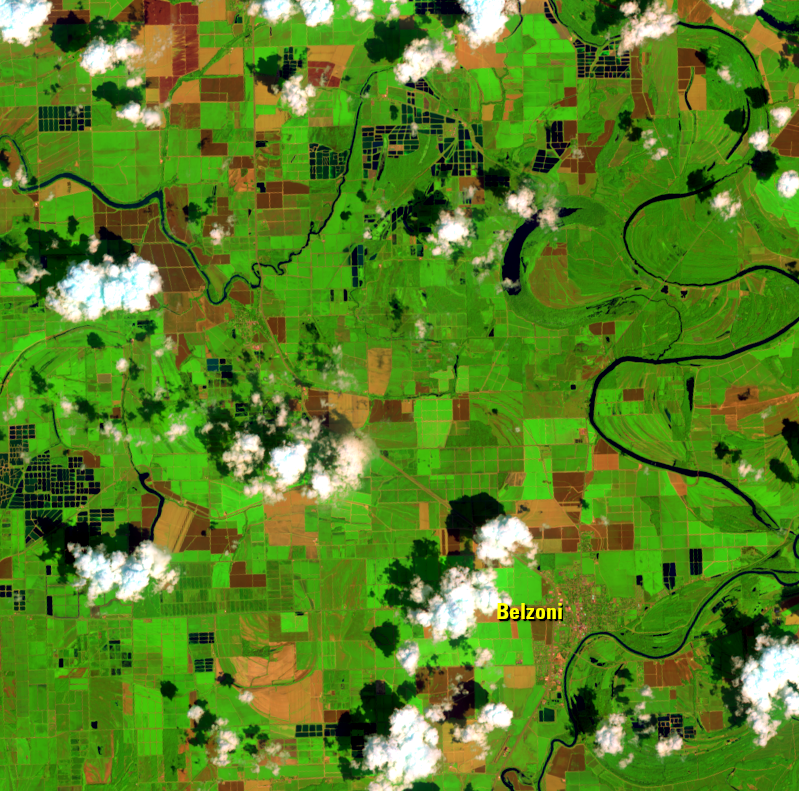 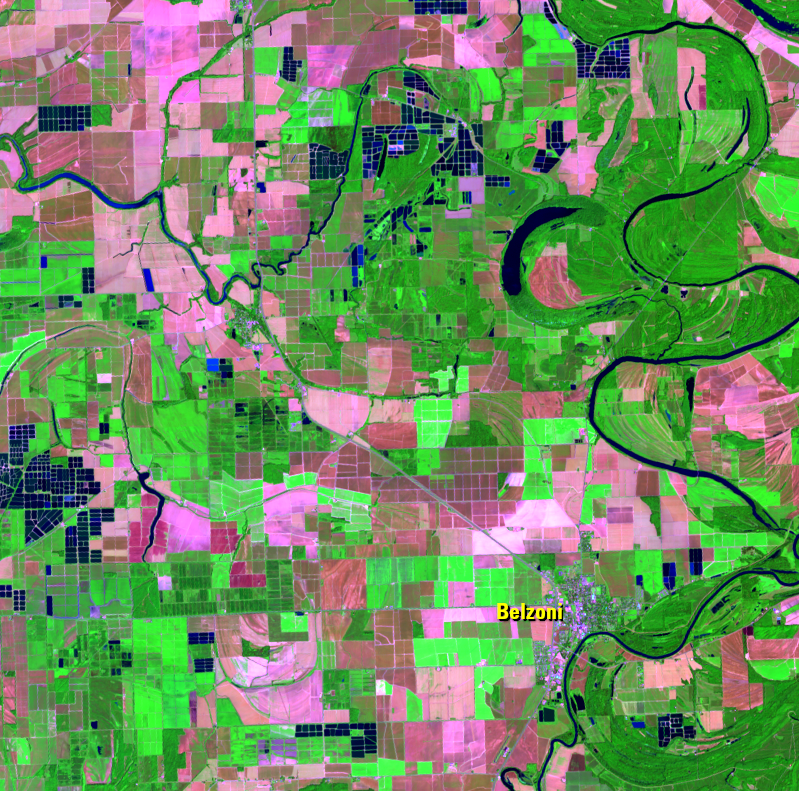 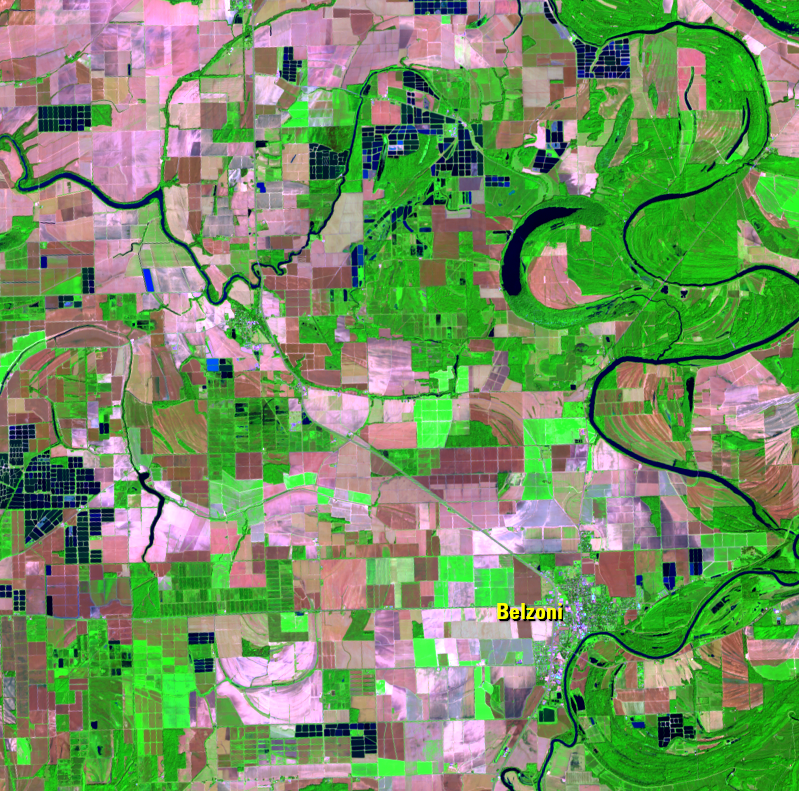 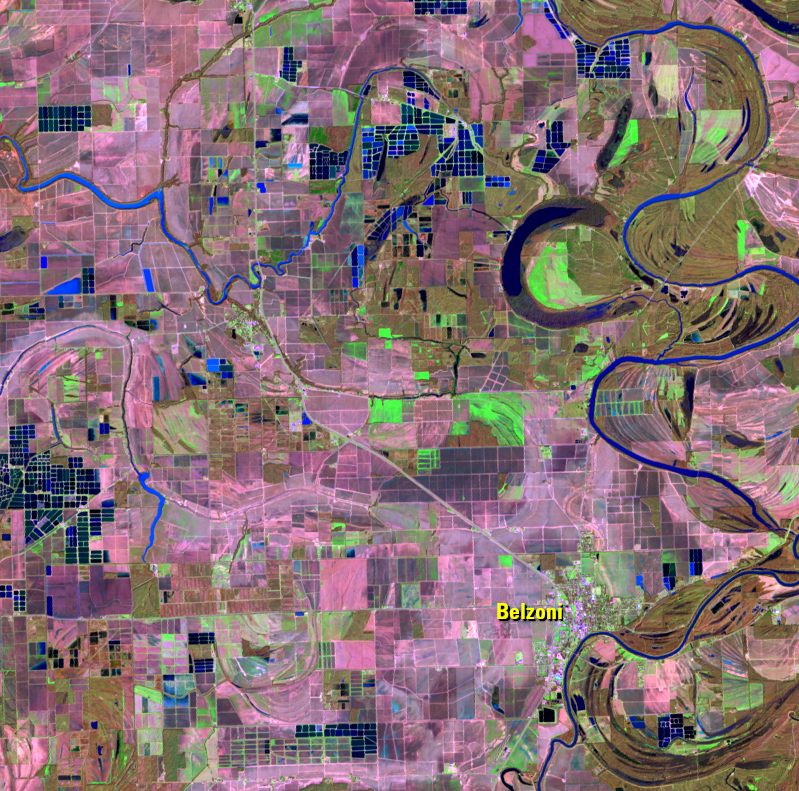 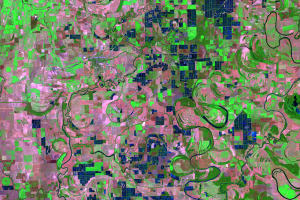