The coastal wetlands of Senegal are centered on the Saloum River and a myriad of estuaries and tidal flats that make up this complex ecosystem. The estuaries are generally bordered by dense, vigorous stands of mangroves (dark red tones in the Landsat images). Part of this ecosystem is protected in Saloum Delta National Park. The wetlands are critical habitats for wintering Palearctic birds, as well as many species of fish and mollusks.

The mangrove vegetation is made up of several species. Some mangrove species form low canopies, but others of the Rhizophora genus are among the tallest in the world, attaining heights of up to 40 meters. Mangroves grow in habitats that are periodically flooded by seawater (tidal influence) and river water. They are halophytes, plants that grow in salty environments.

Since the late 1960s, it has become apparent that many of the mangrove forests are dying. One theory is that there is a serious mangrove disease that is systematically wiping them out. However, most evidence indicates that the mangrove die-off is related to the widespread Sahelian drought, which has plagued the region since 1968. The lack of rainfall has led to an accumulation of salts, exceeding the tolerance levels of the mangroves.

The die-off is particularly acute in the northern half of the Saloum River wetland complex (note the change in tone on the Landsat imagery, from dark red to dark gray). Today, there are vast areas of standing dead mangrove carcasses; many of these areas have been reduced to barren mud flats. The southern reaches of the wetland complex, however, still has healthy stands of mangrove forests. 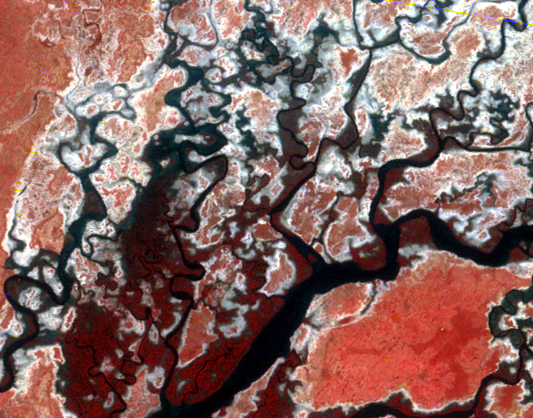 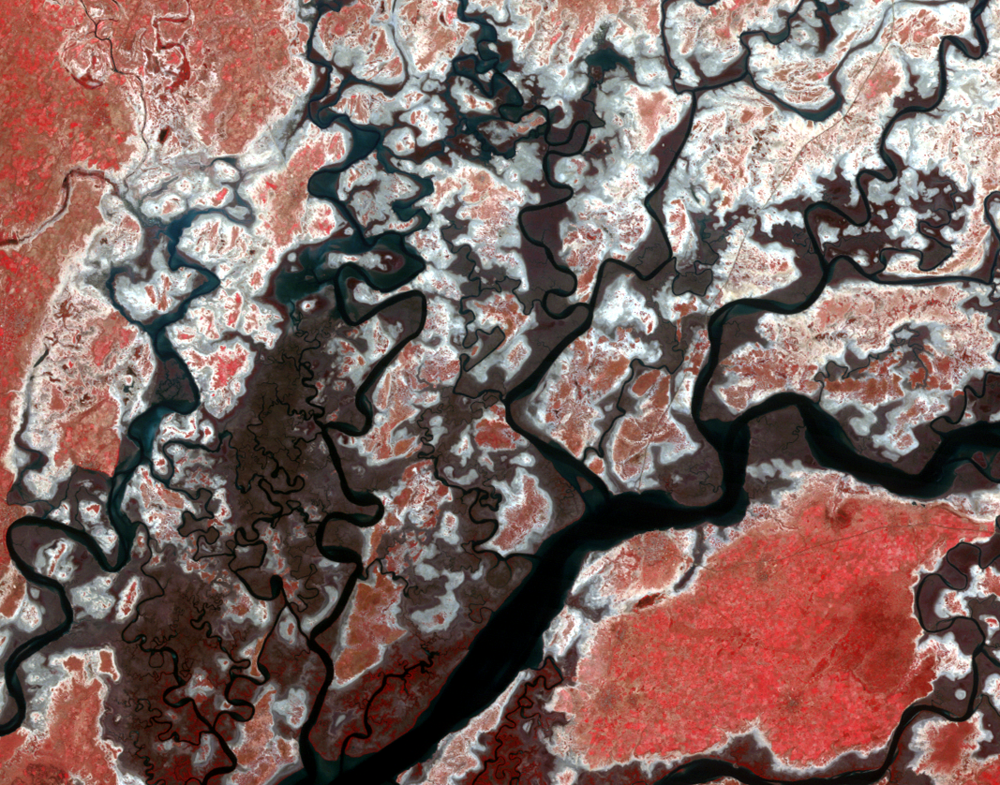 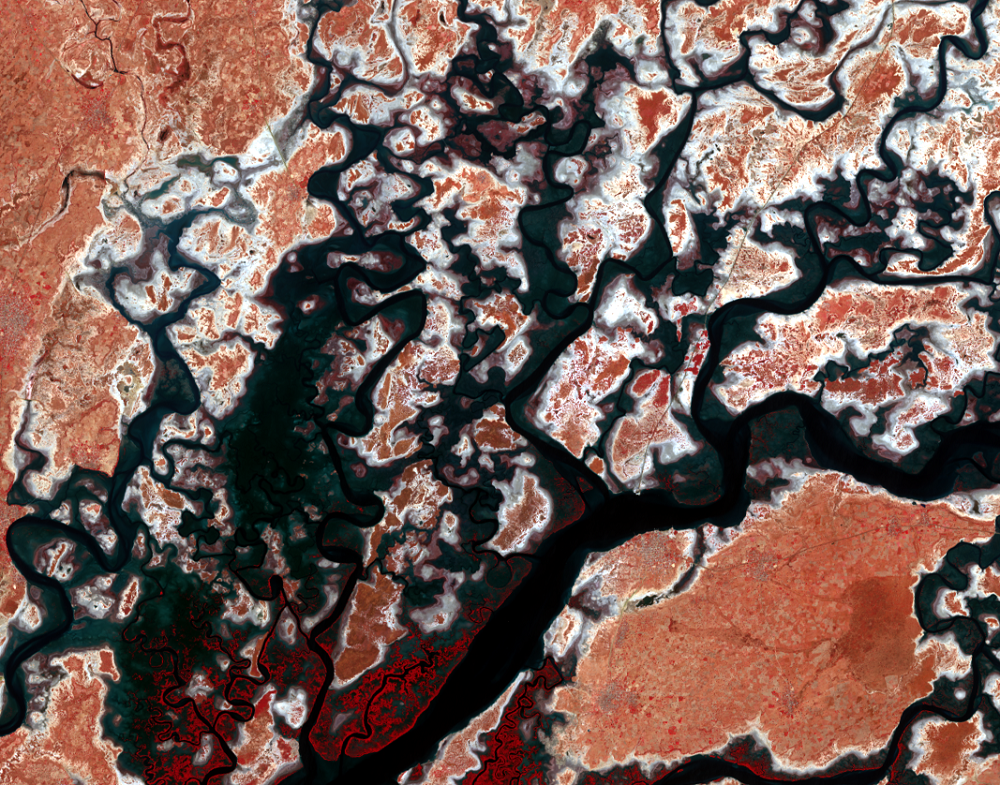