In these Landsat images, the old forest is dark green. In the 1987 image, this forest is occasionally broken up by lighter green grassy meadows or grassy plains. Geyser fields are pale blue and white. In a few places, a pink tinge may indicate old burn scars or dormant plants.

The August 23, 1988, image was acquired when many fires were active. Smoke obscures some of the land, showing up as blue because the image uses infrared wavelengths of light. Land just burned is dark red. Lighter red patches are less severely burned.

The band combination of shortwave infrared, near-infrared, and visible green highlights the changes in vegetation caused by the fires and recovery. Dark red burn scars fade over time as vegetation recovers. Grasses and wildflowers grow out of the ashes, and young trees begin to take root and grow. These light green areas start replacing the red and pink from the burn scar.

As intense as the fires were, studies showed that less than 1 percent of soils were heated enough to sterilize the soil to kill belowground plant seeds and roots. Grass actually prospered in the rich soil immediately after the fires because of the release of nutrients and the decrease in shading from shrubs and trees. Less competition with other plants for resources also allowed grass to flourish.

Even though grass flourished and saplings soon emerged, the recovery is gradual. Even in the 2011 and later images, the burned areas from 1988 can still be seen. The high elevation in this area causes a short growing season. With the hot, dry summers and cold, harsh winters, the forest will not return to its prefire conditions for decades. But recovery will continue.

A few new fires show up in the later images to show that fire continues to be a part of the Yellowstone wilderness. 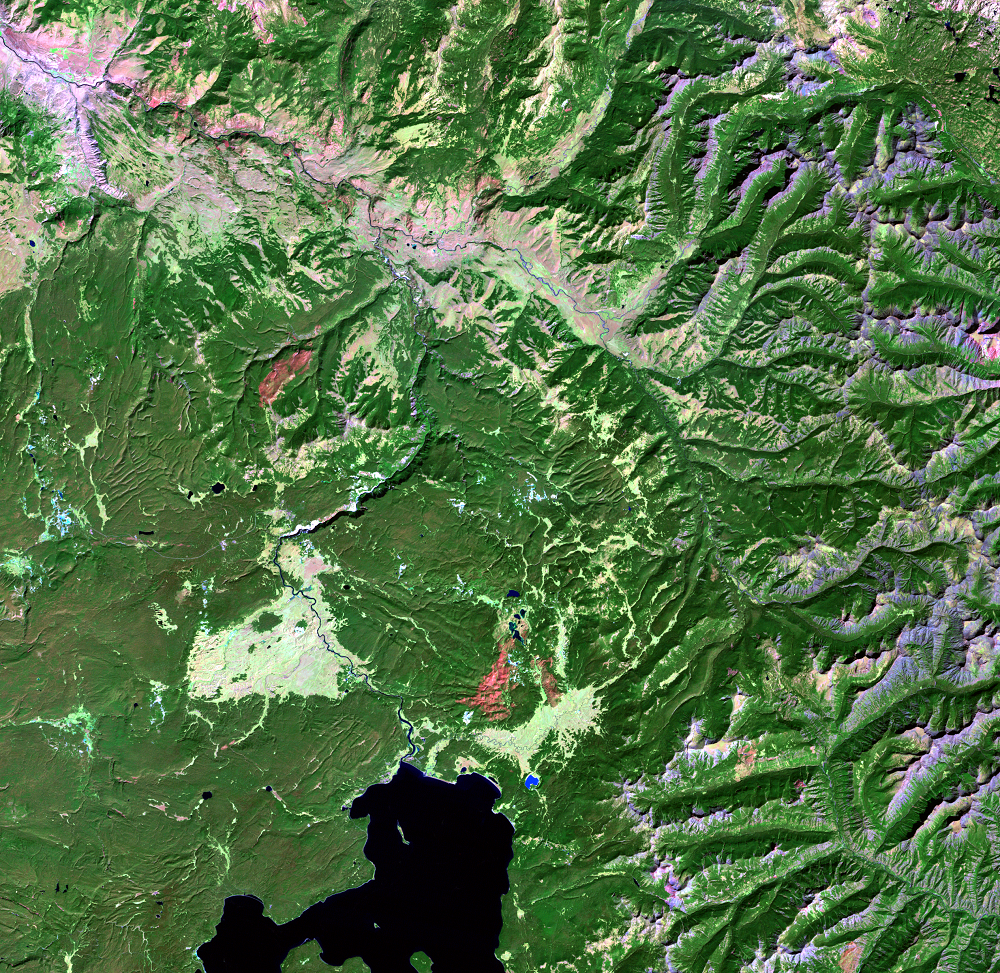 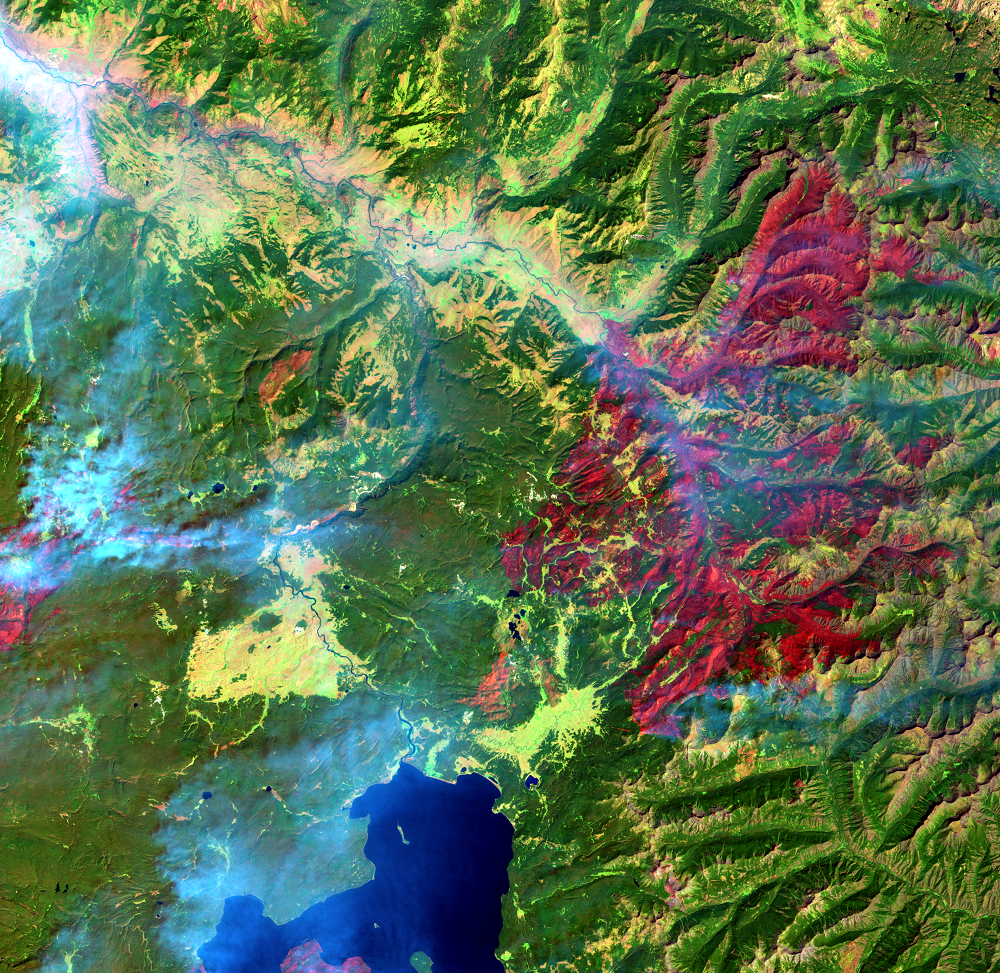 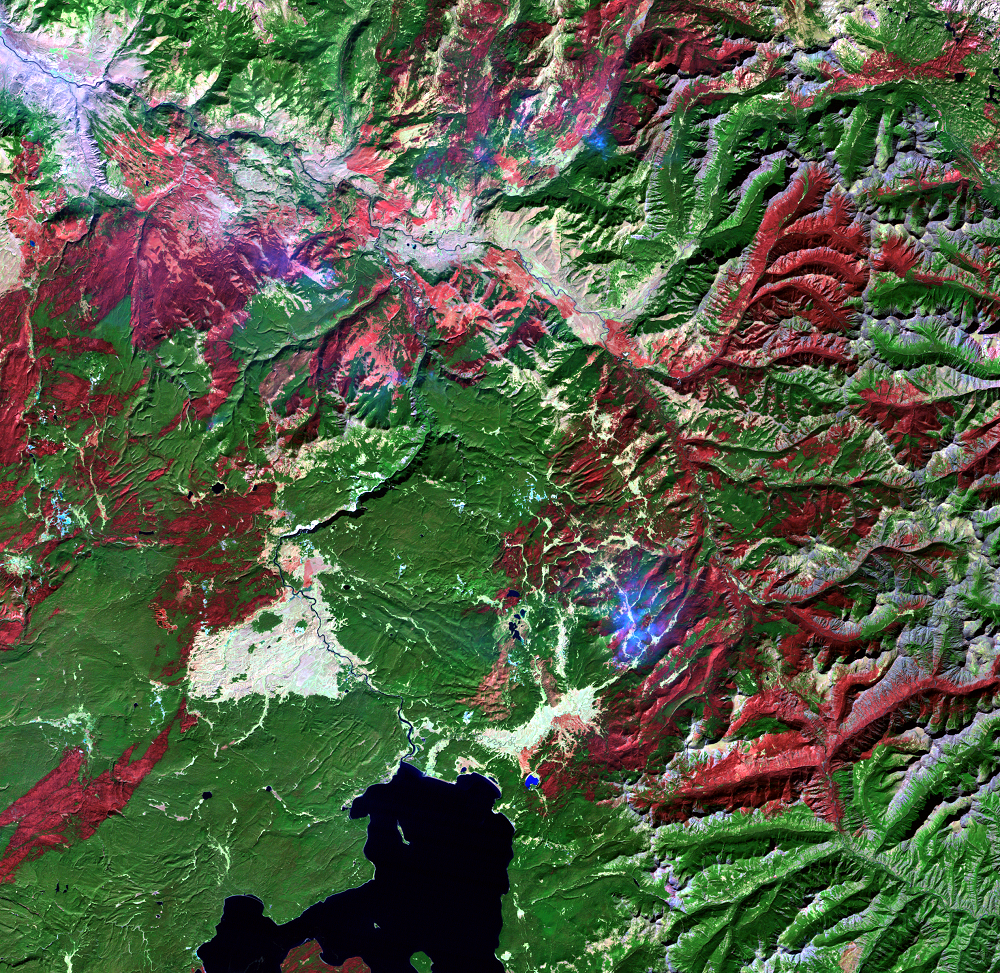 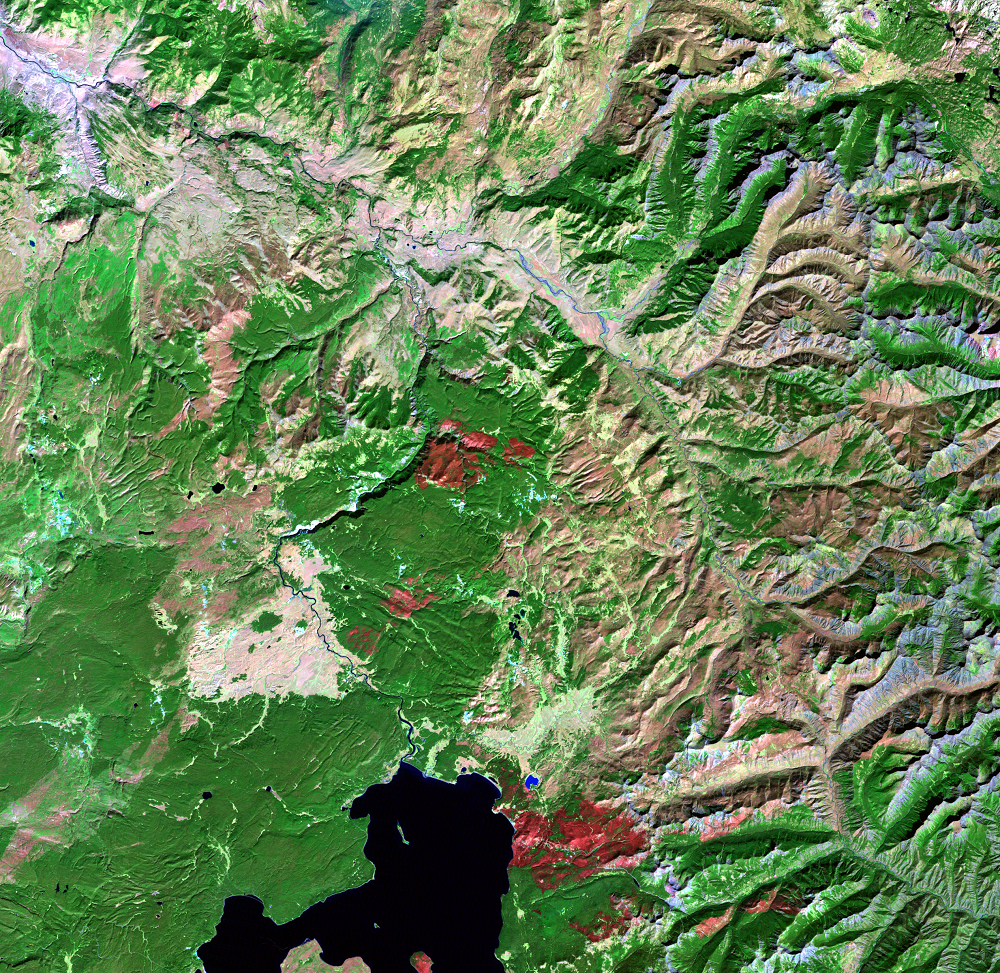 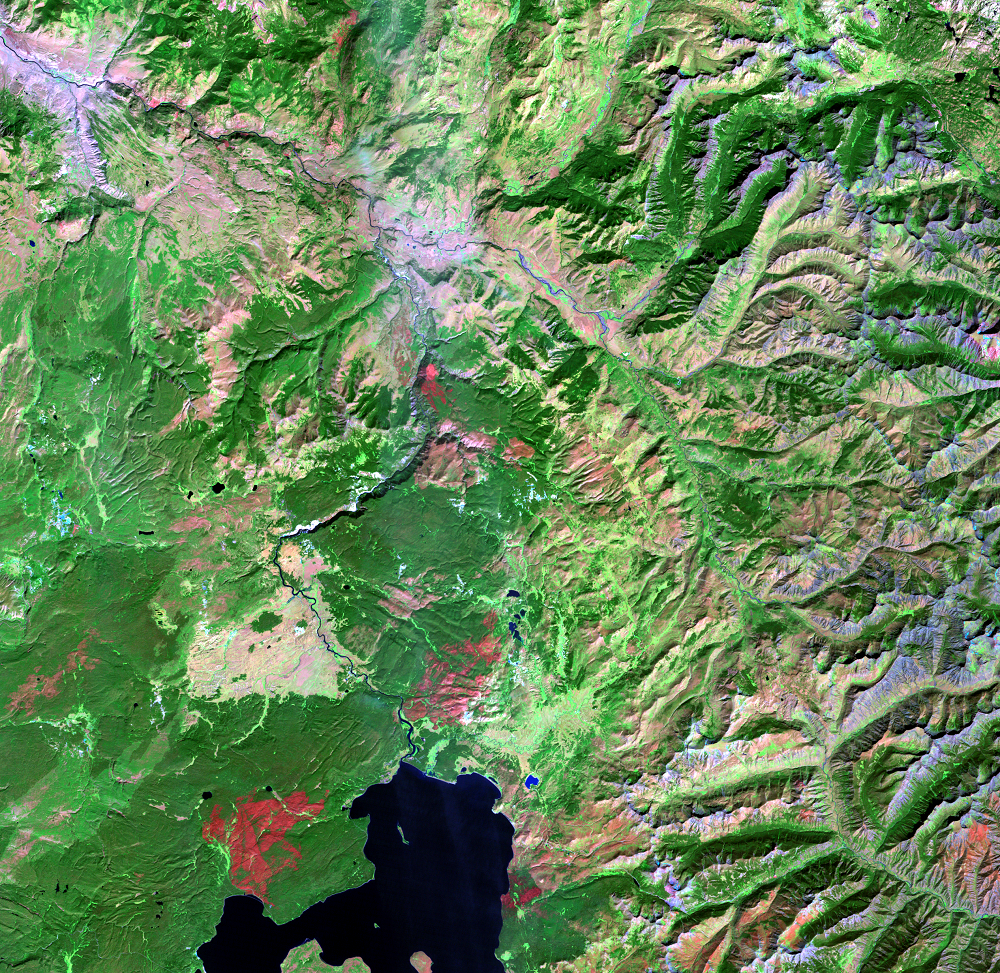 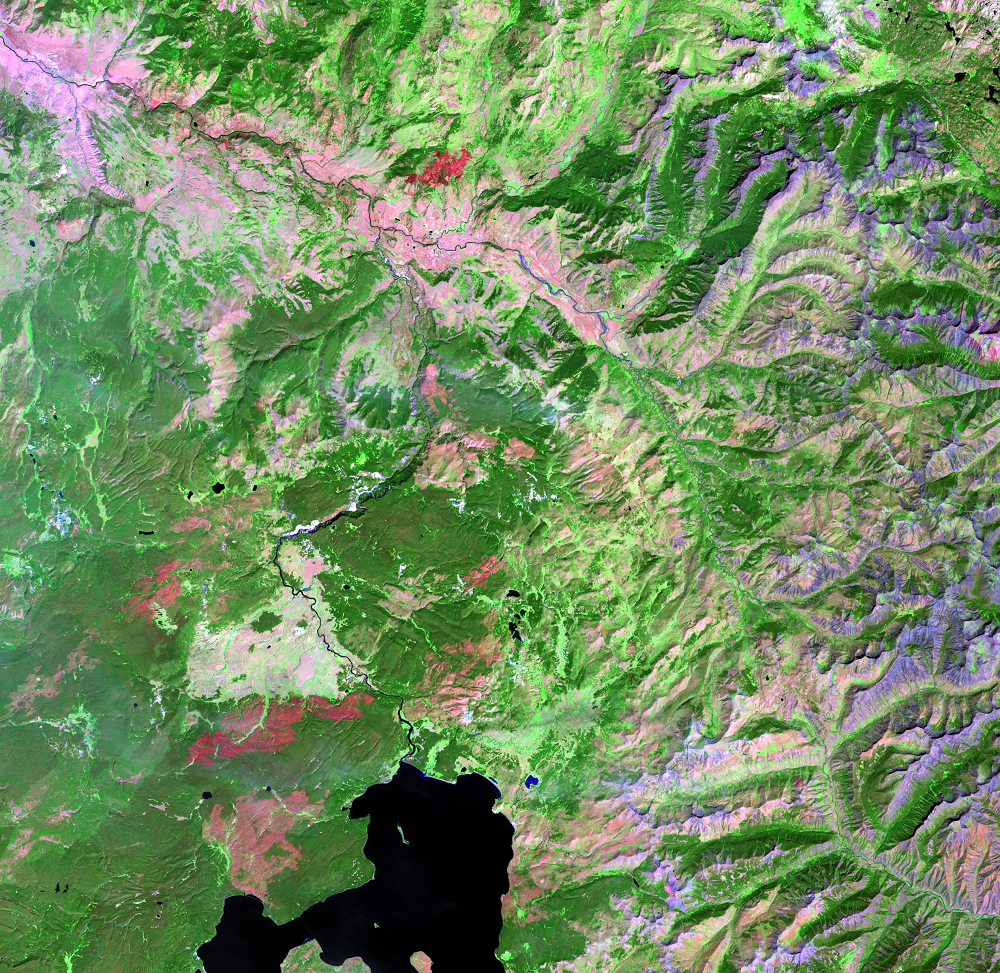 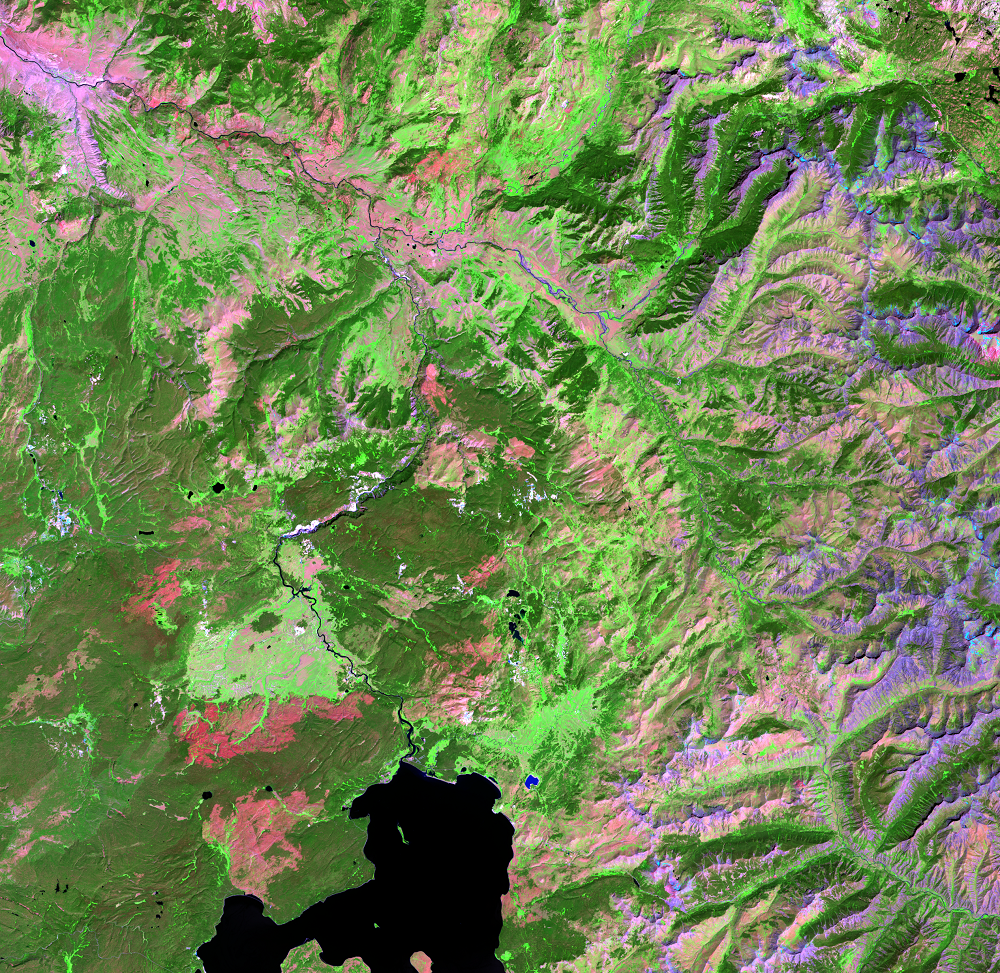 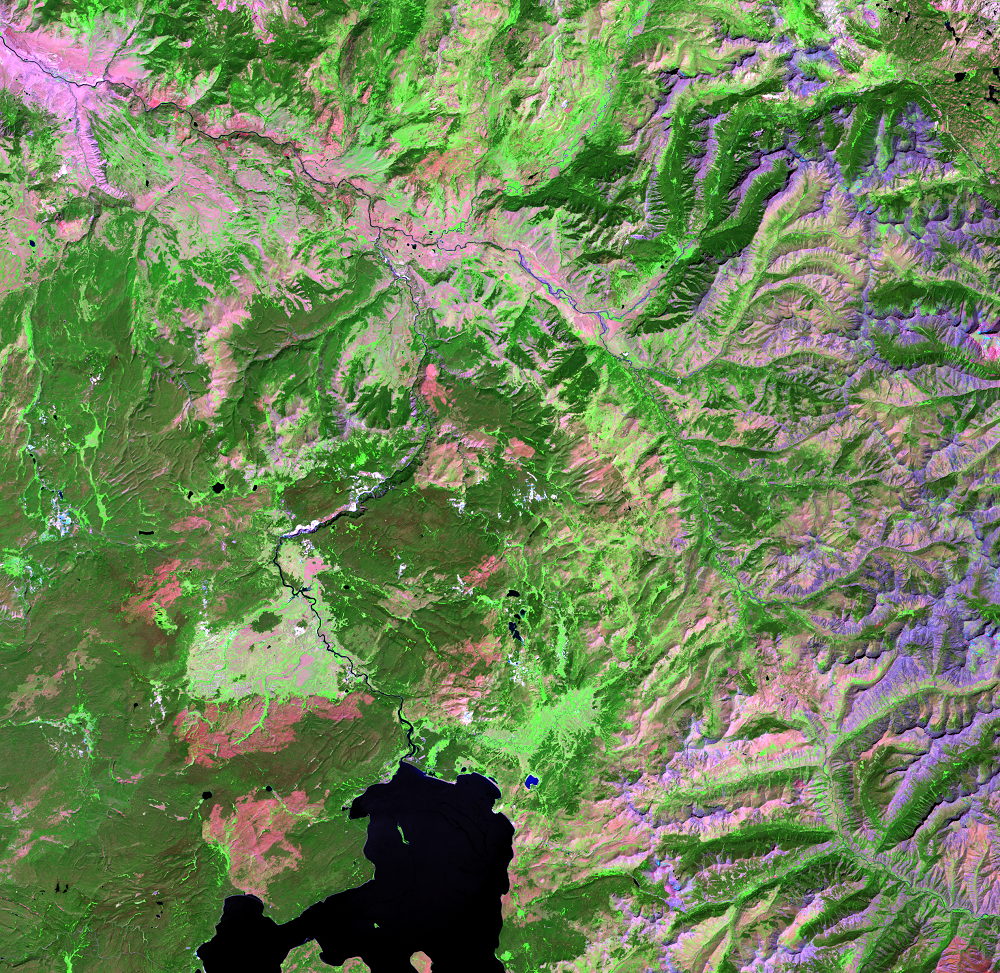 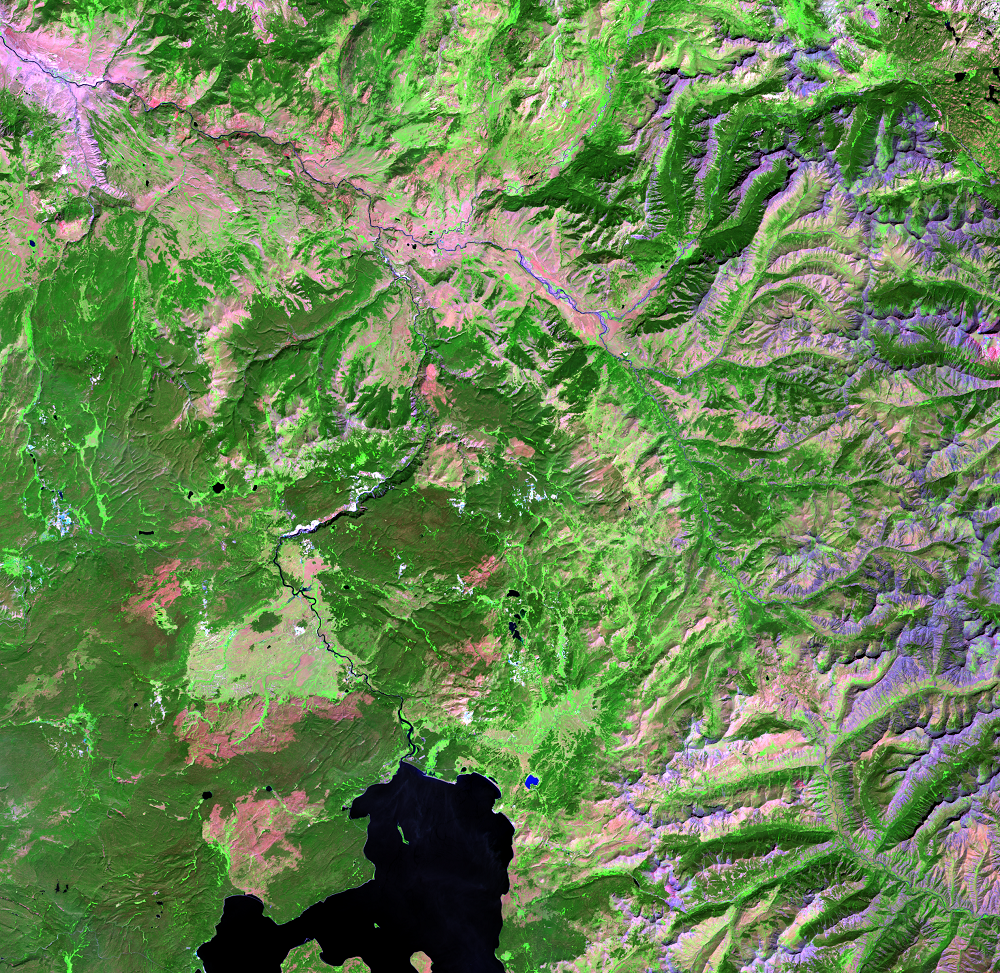 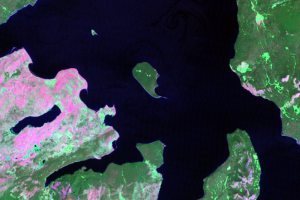 Besides some recovery from the 1988 fires on the west side of Yellowst... 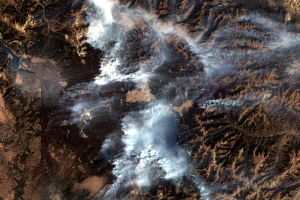 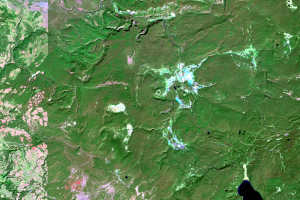 This series shows the area around the famous Old Faithful geyser. Geys... 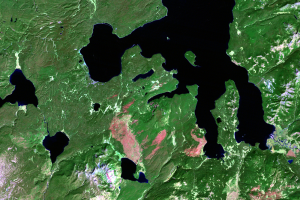 As you look through this time series, see if you can identify new fire...