Southeast Australia has a history of severe fire problems, with some historic deadly fires such as the Ash Wednesday fire of 1983, and lesser fires almost every year. The state of Victoria averages about 19 large fires (over 1,000 hectares) per year. These fires are often fast like grassfire but more intense. The winter rains that benefit wheat farming also aid the buildup of plant matter, which becomes highly combustible during the dry summers. Perhaps 60% of the fires in Wyperfeld are started by lightning, with the rest from various human accidents and purposes, including fuel reduction. Since the 1950s, Australians have systematically set controlled fires to reduce the risk of dangerous fires later. Wyperfeld staff currently set fuel-reduction fires along the park’s edges but fight all accidental fires, as required by law.

These fires kill individuals, but communities of living things survive. Studies elsewhere in Victoria indicate that 2–4 years after a fire, the forest floor is again littered with small twigs and leaves, the habitat for many small animals. There are more plant species in the area than before the fire, though frequent burning certainly can kill out some species. Forest studies show that different post-fire stages favor different species; mice do well right after a fire, for example, but some birds do better in long-unburned or intermediate areas. Now that habitat is restricted to “islands” of parkland, there is danger of an entire park being burned out, with no adjacent communities to recolonize the burned areas.

The Landsat images here show a stark change from unburned bush in 1977 to huge burn scars in the later images. The age of the scars can be estimated by their color; old scars are almost as dark as the bush, half-regrown scars are only pink, and the newest scars are very bright. 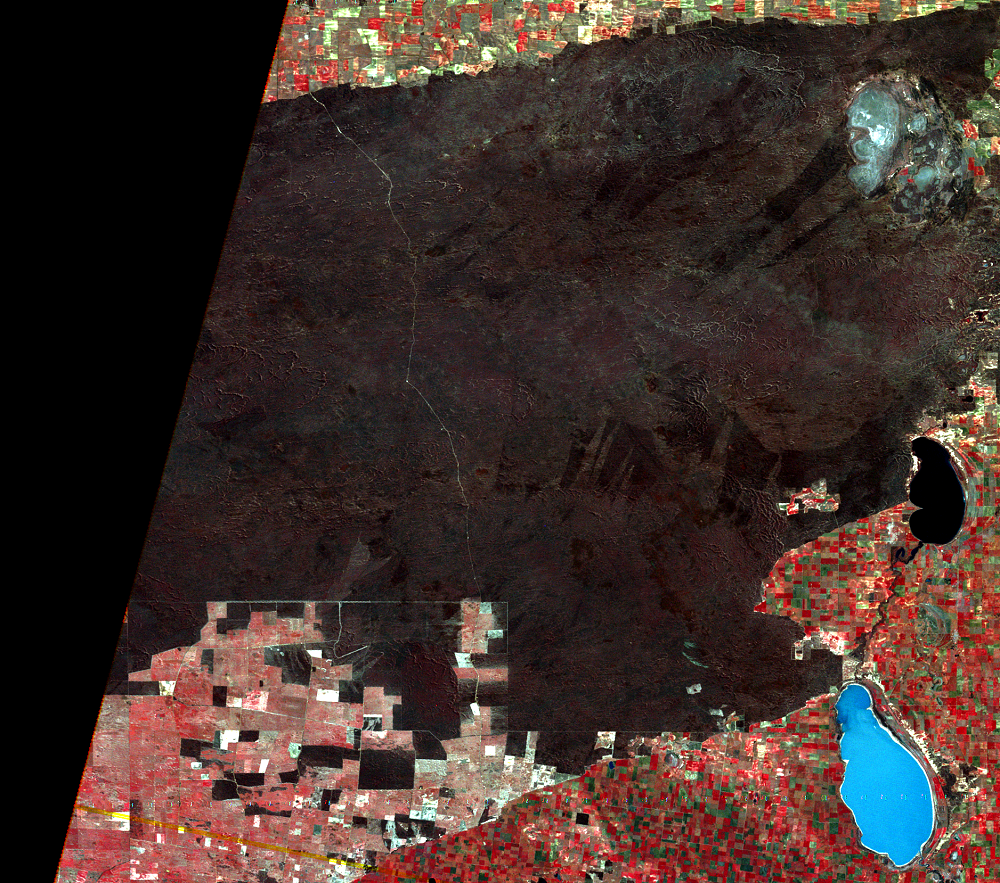 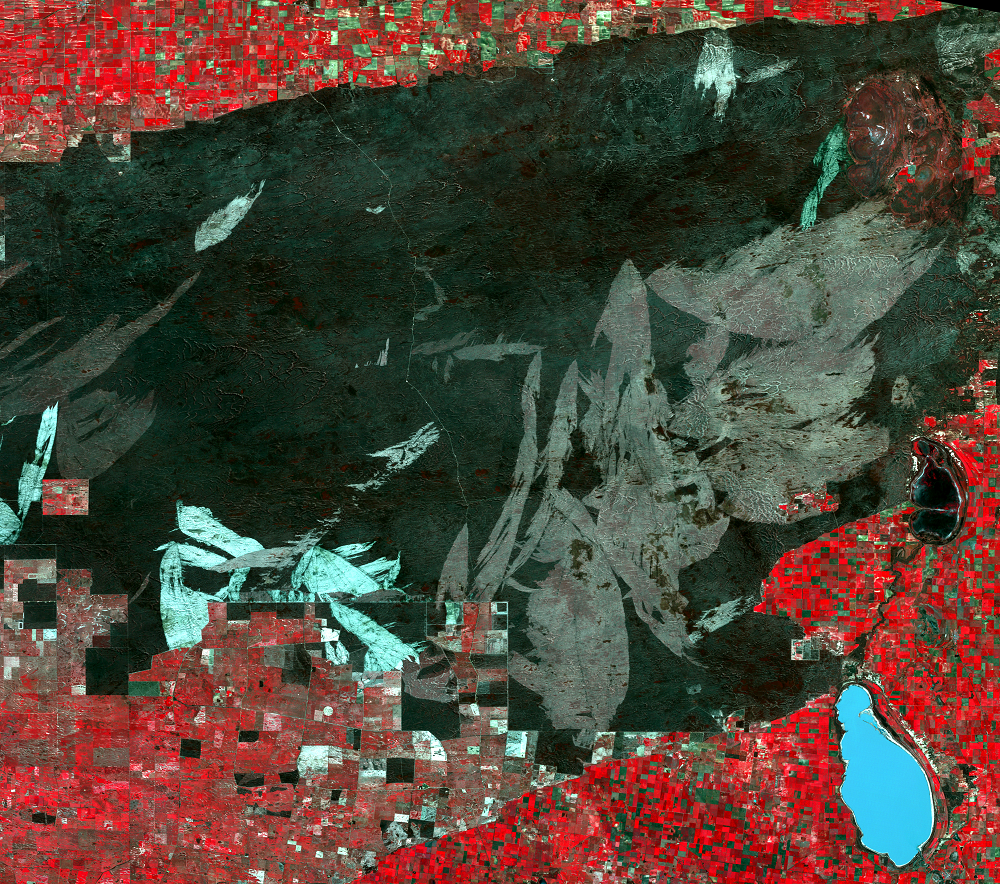 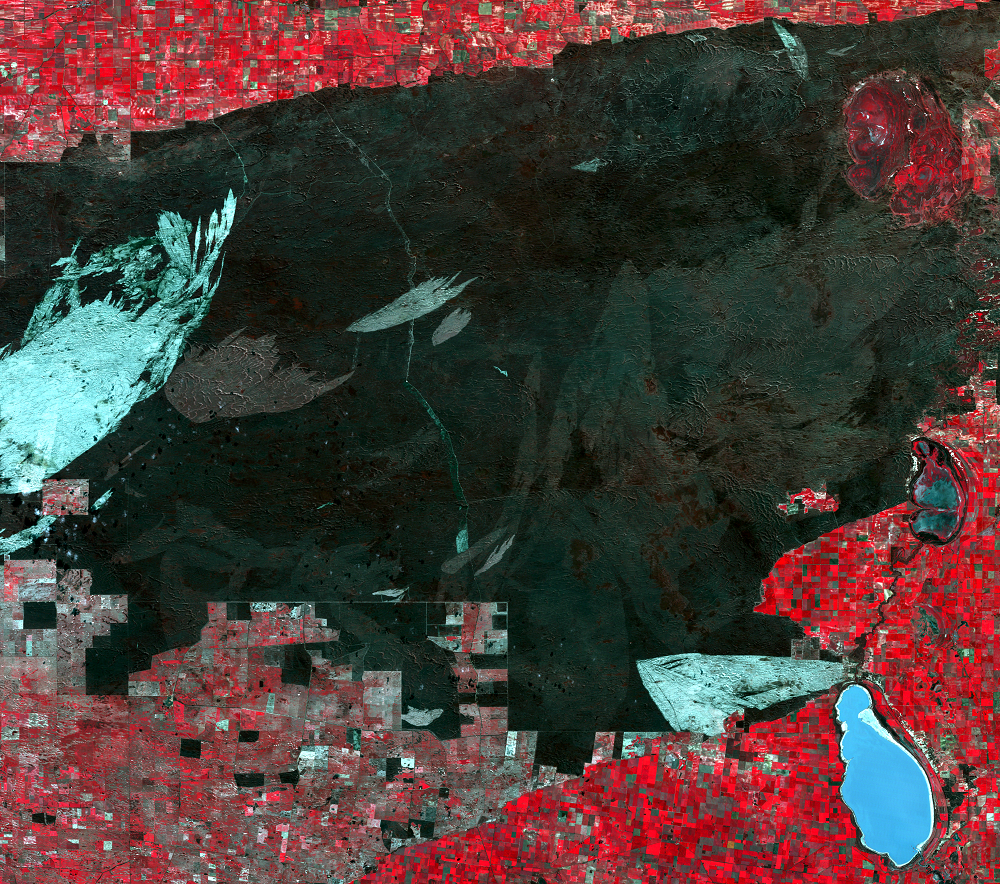 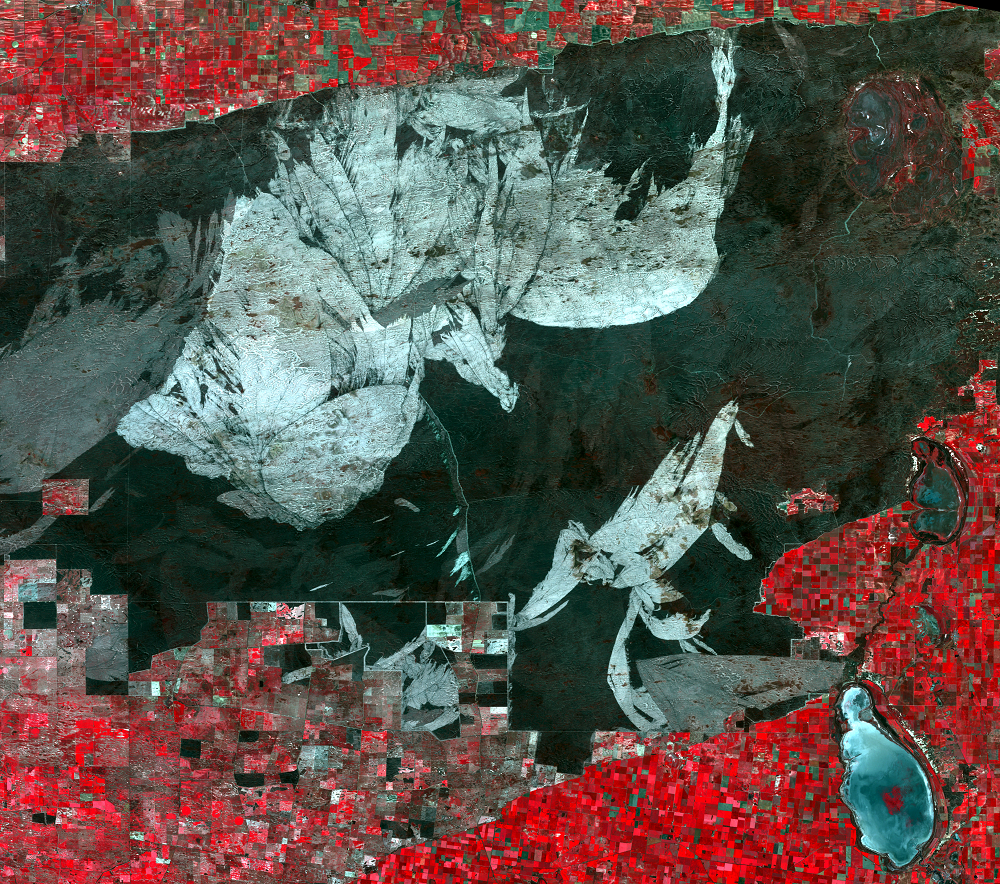 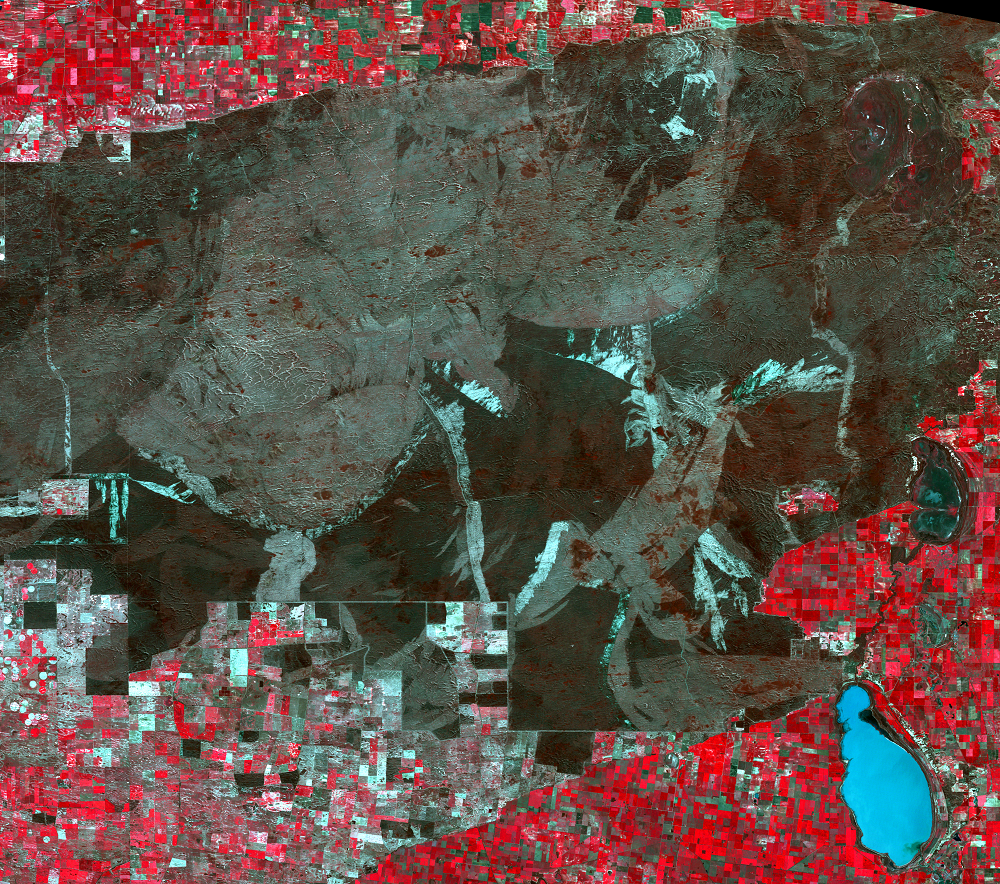 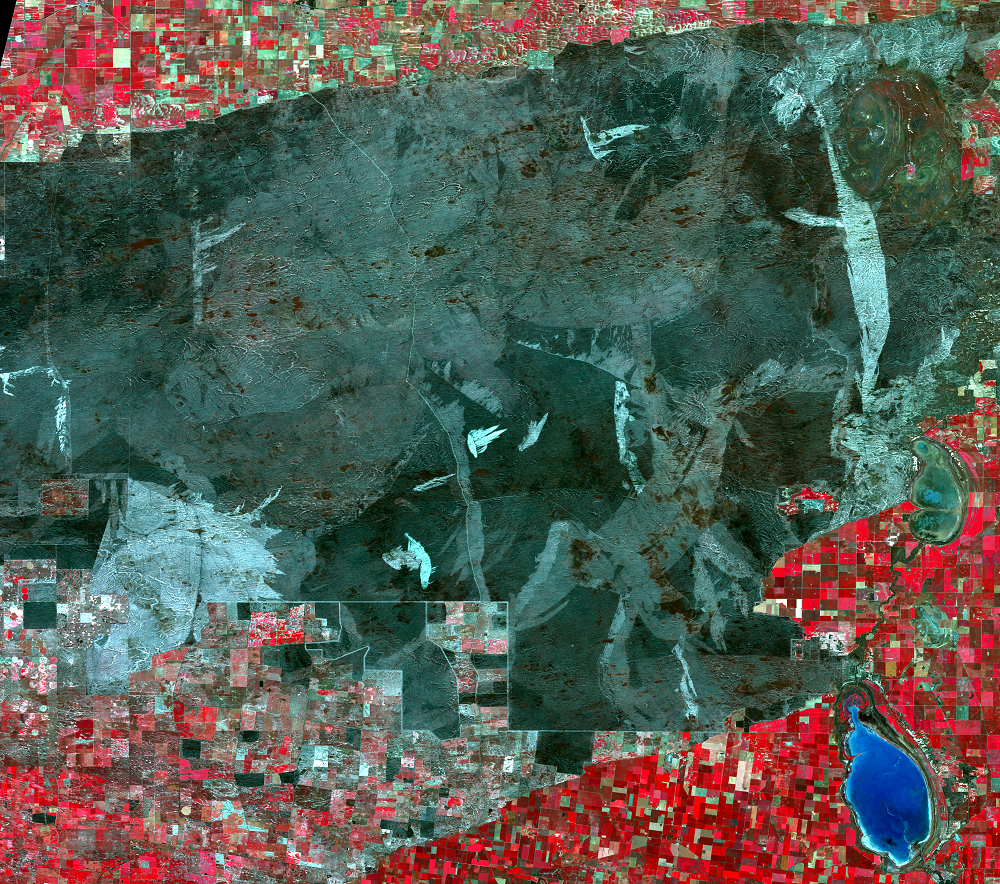 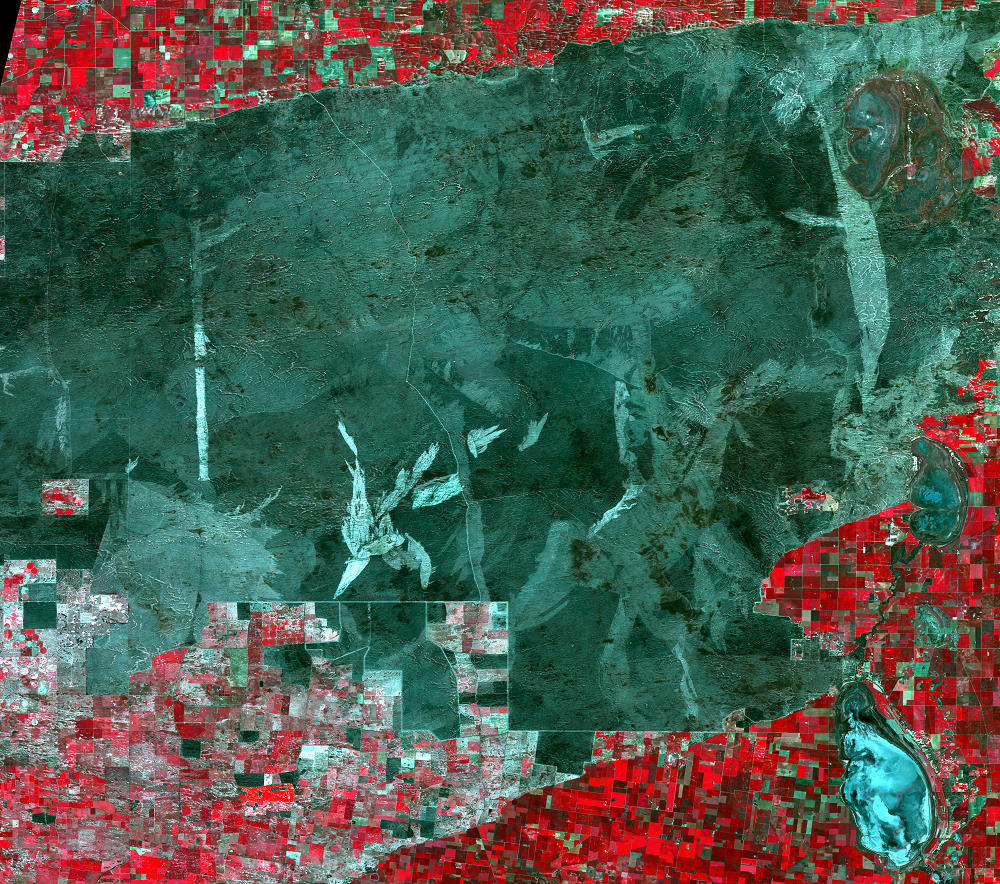 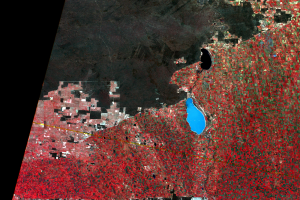 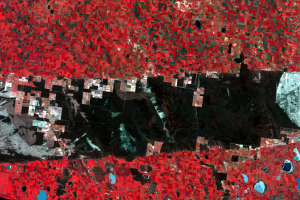 By the late 1800s, some Australians were trying to preserve natural la...