The Biloxi-Chitimacha-Choctaw community began in the early 1800s when Frenchman Jean Marie Naquin married Pauline Verdin, a Native American. Naquin’s family disowned him for this, and the couple moved to the delta region, where his father had traveled many times. Despite being disowned, Naquin named the island where the couple settled after his father Jean Charles Naquin.

Naquin and Verdin, along with the other original inhabitants of the island, had also moved there to escape the Trail of Tears, the forced removal of Native Americans from the southeast in the 1830s to present-day Oklahoma. They sought refuge in the dense forested swamps of the Mississippi Delta, which white settlers thought were uninhabitable.

Most of Jean Marie and Pauline’s children married descendants of the Biloxi-Chitimacha and Choctaw tribes. Other families moved to the island after intermarriage between the families. By 1910, the island population had grown to 16 families, all descendants of the first families to settle there. They lived by fishing, gathering oysters, trapping, and hunting.

By the 1950s, there were around 80 families living in Isle de Jean Charles, and the island spanned 33,000 acres. Today, the island has shrunk to 320 acres and fewer than 30 families remain. Many residents moved elsewhere, fracturing the community. With the people scattered, the heritage and traditions are fading away. Afraid of losing their culture, the community is now planning another resettlement, possibly the only way for them to adapt to the changing Louisiana coast.

The tribe has been planning resettlement since 2000, and in January 2016, the U.S. Department of Housing and Urban Development (HUD) awarded the tribe $48 million to help them move. A possible location has been chosen that would allow the community to regain their culture with traditional hunting, fishing, and agriculture. The site is a 515-acre sugar farm north of Houma. Resettlement, however, is a difficult concept to accept. Tribe members say losing the island is like losing a family member.

Imagery from the Europe's Copernicus Sentinel-2 satellite is distributed by the USGS through EarthExplorer. 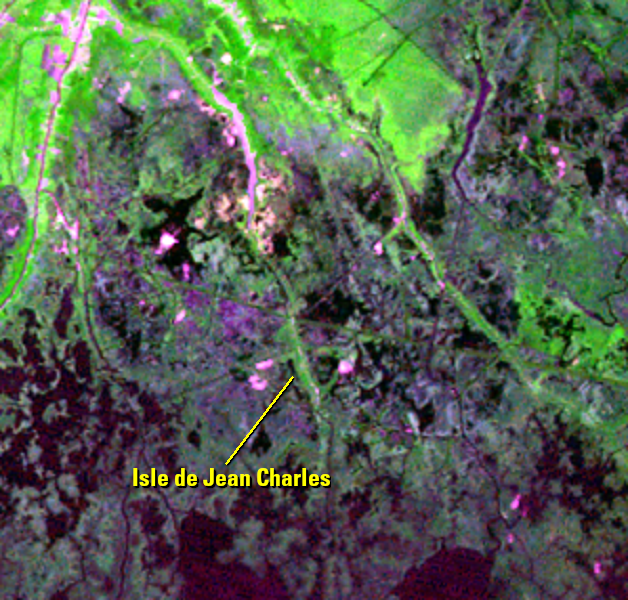 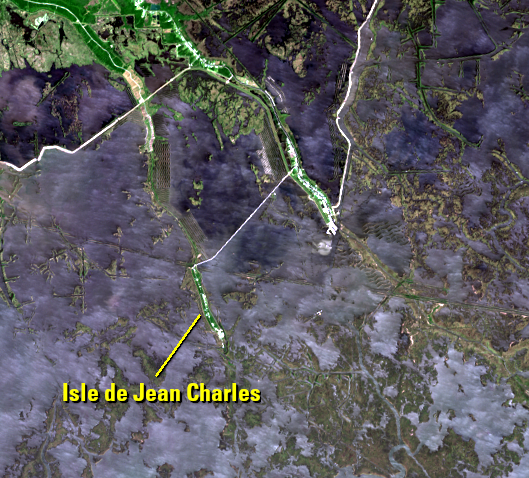 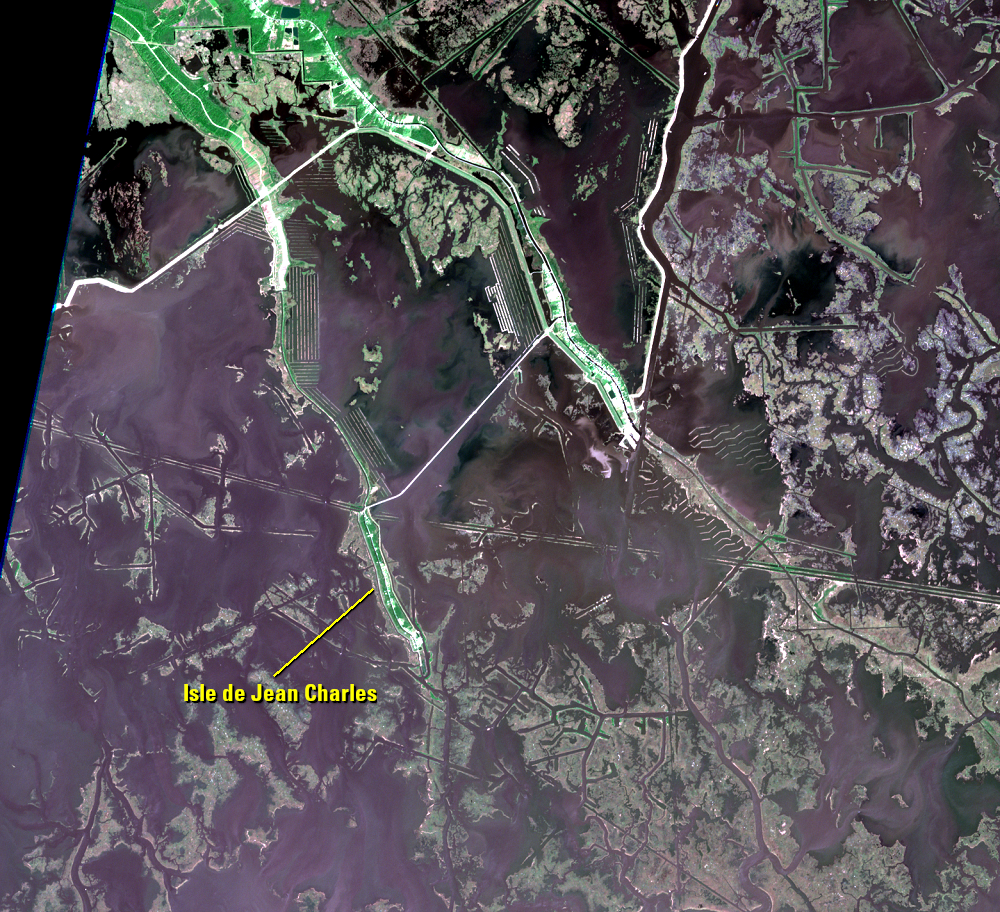 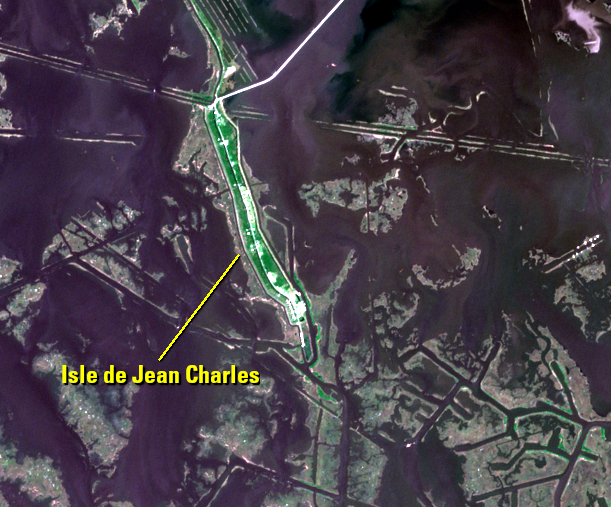 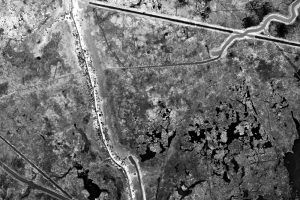 High-resolution imagery from the WorldView satellite and aerial photos...