The PRD was mostly rural before the 1978 reforms began. The major industries were farming and aquaculture. The major crops were rice, sugar cane, peanuts, soybeans, bananas, and oranges. Fish were raised in a huge system of artificial ponds.

The region’s economic growth is now outpacing the rest of the country. The relatively small farming and fishing villages have become large metropolitan areas. The PRD is a major center for telecommunications, biomedicine, robotics, genomics, and manufacturing of electronics, household appliances, computer equipment, toys, garments, footwear, plastic products, and ceramics.

The dark green areas in between cities seen in these images are the region’s dike-pond system. These artificial wetlands have been there since the Tang Dynasty, over a thousand years ago. Grass carp are grown for food in the ponds. Vegetables, sugar cane, and other plants are grown on the dikes. Mulberry trees are also grown on the dikes, and the leaves are used to feed silkworms.

In this area south of Foshan, the dike-ponds are diminishing. The vast increase in manufacturing puts pollutants into the delta, reducing the amount of fish produced. Additionally, infrastructure is built on land that once had fertile soils and fish ponds. However, the dike-ponds are also extending toward the south and east, replacing farmland. Their extent now covers a wider range and is increasingly fragmented. 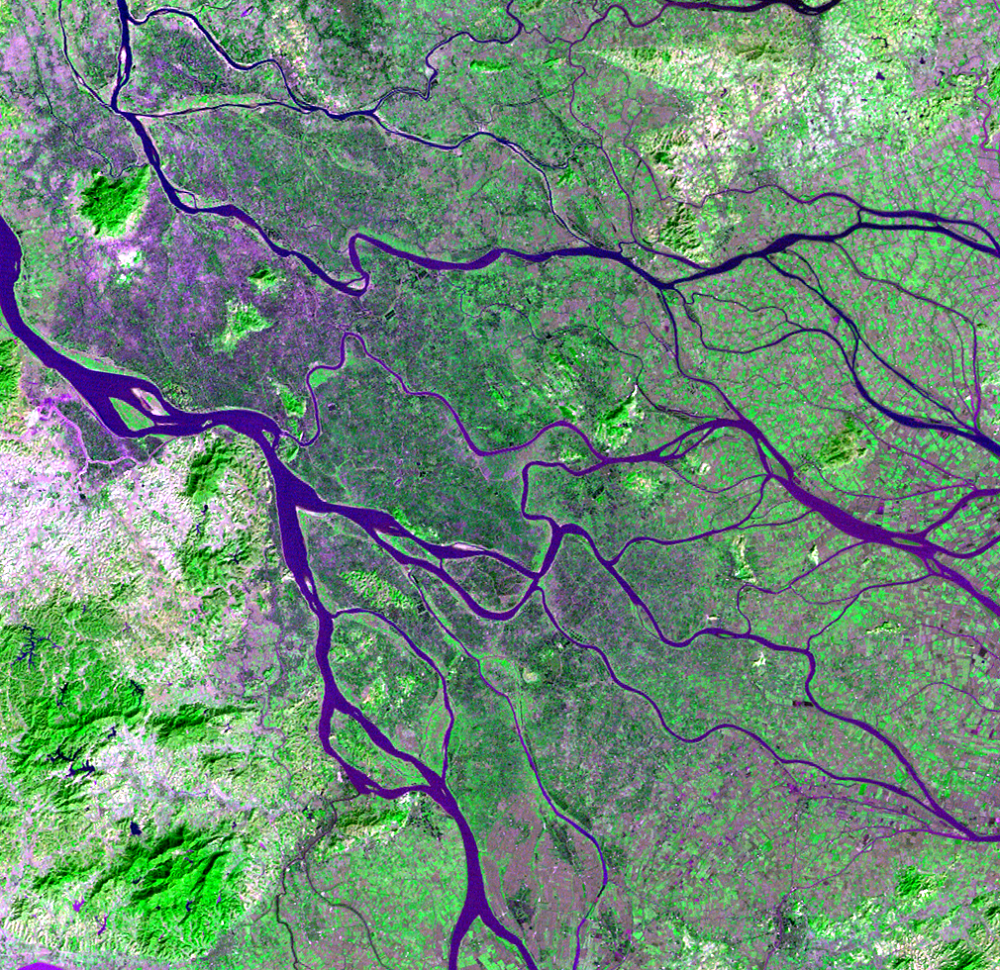 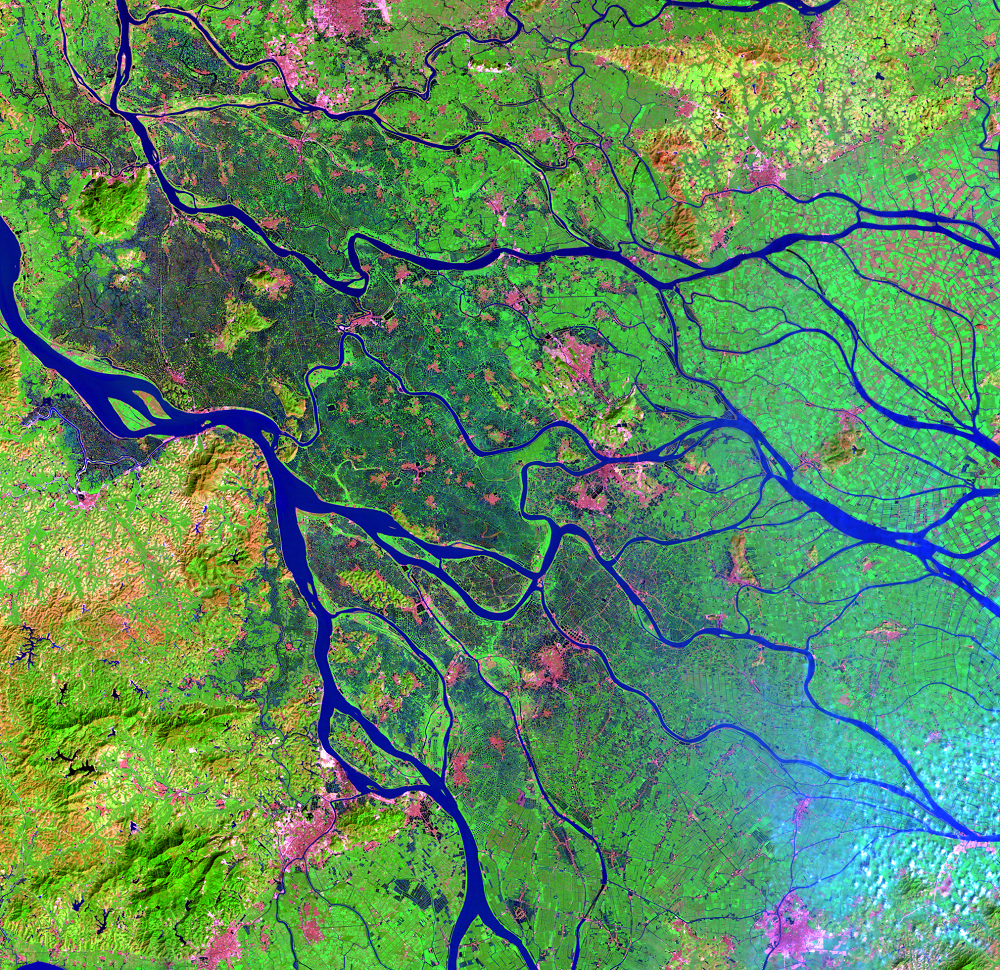 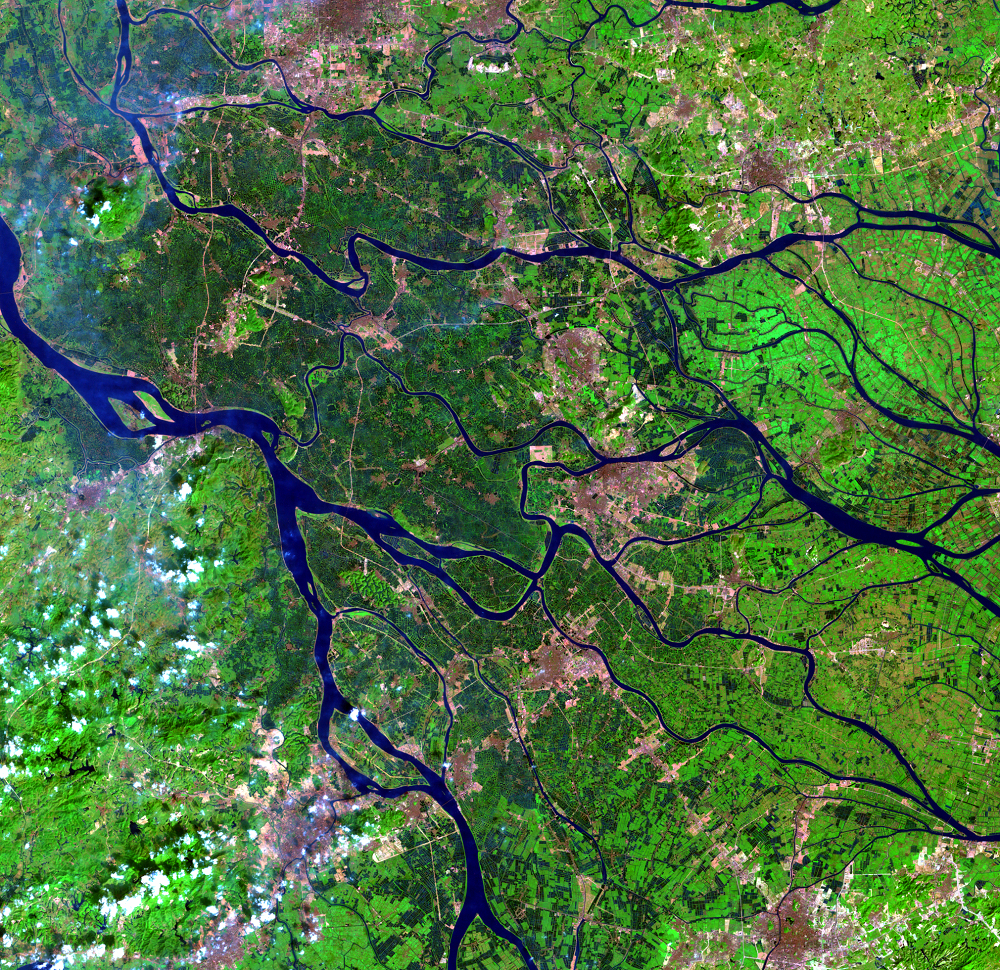 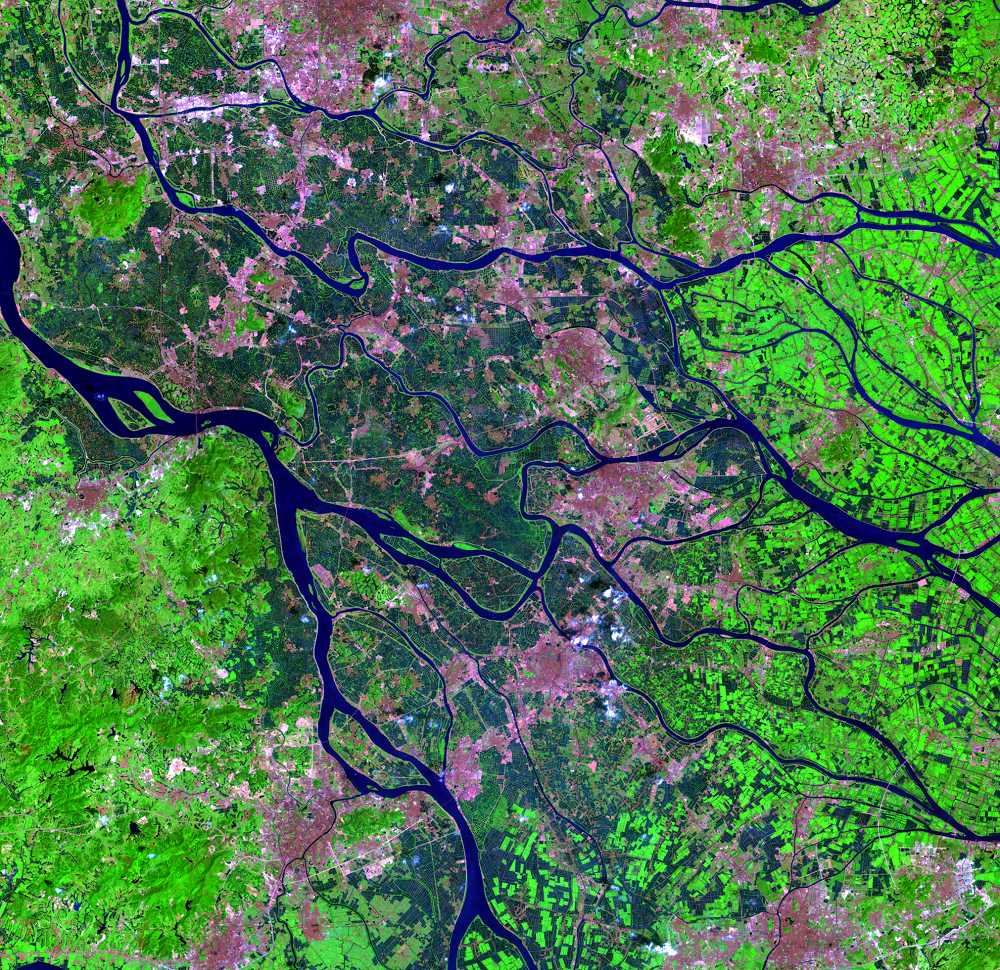 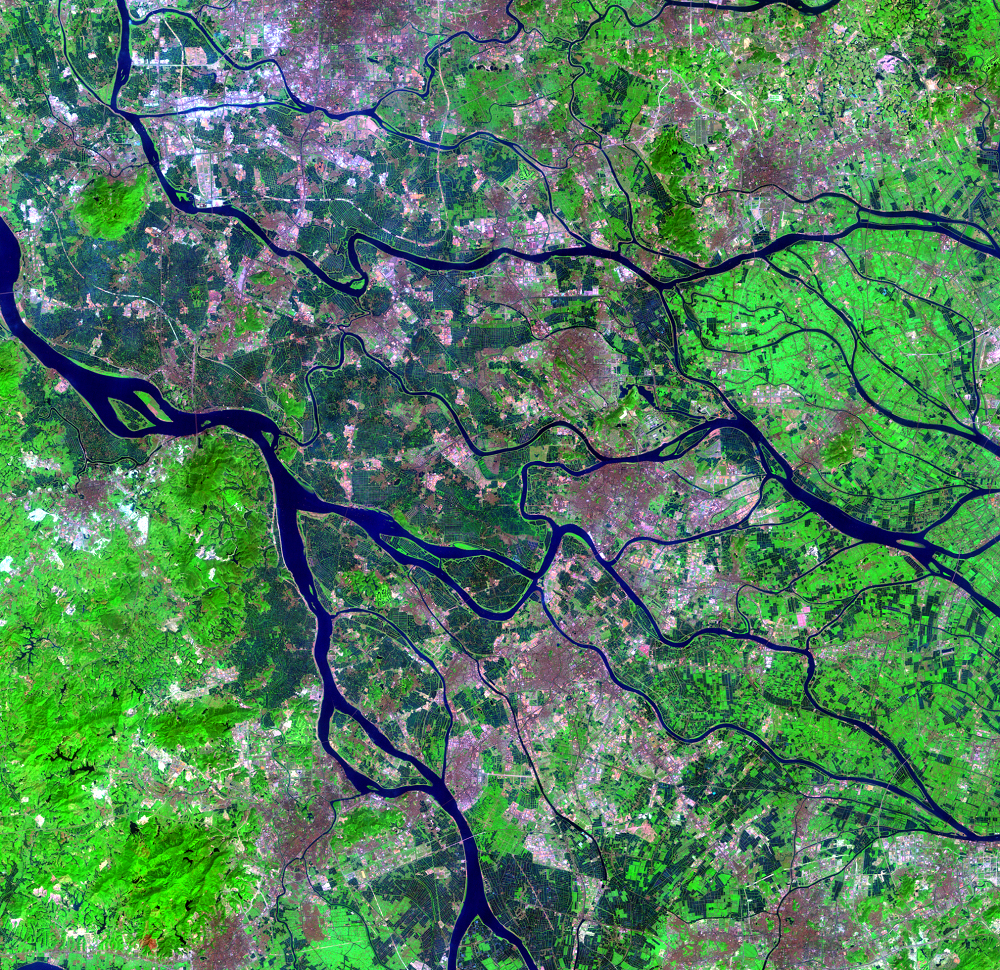 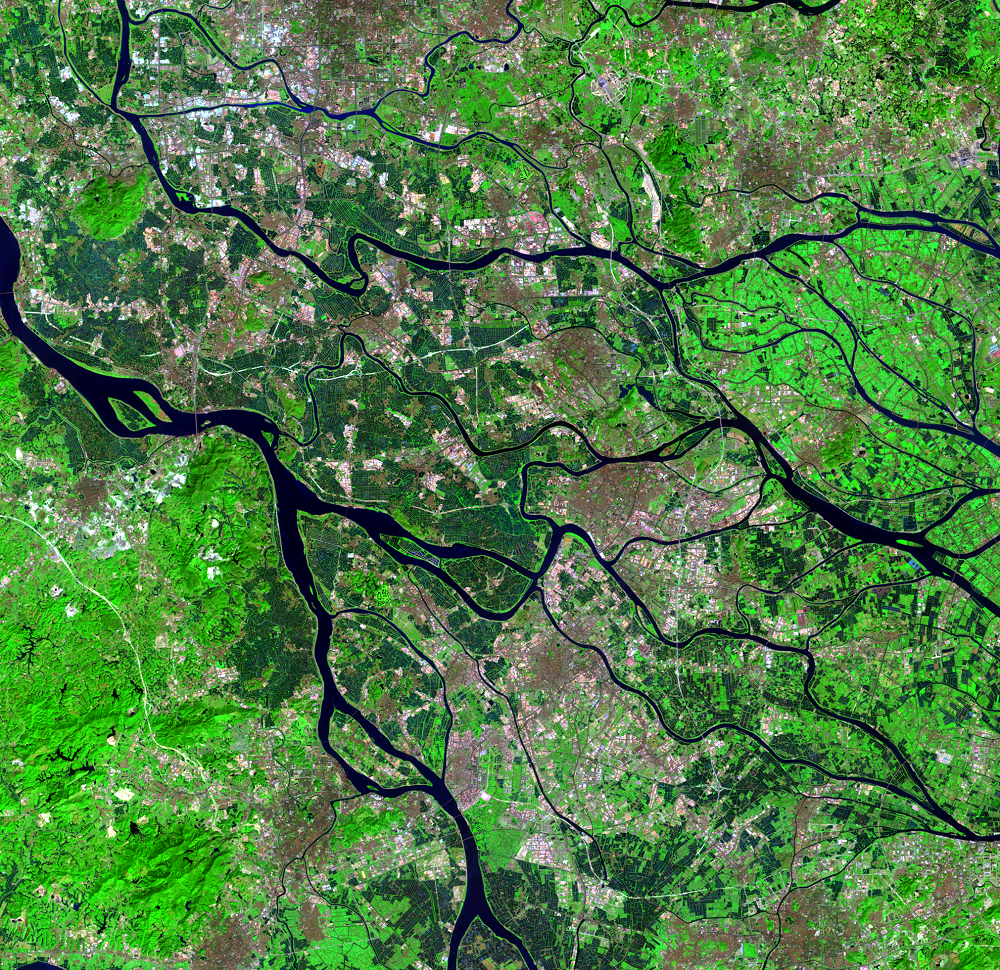 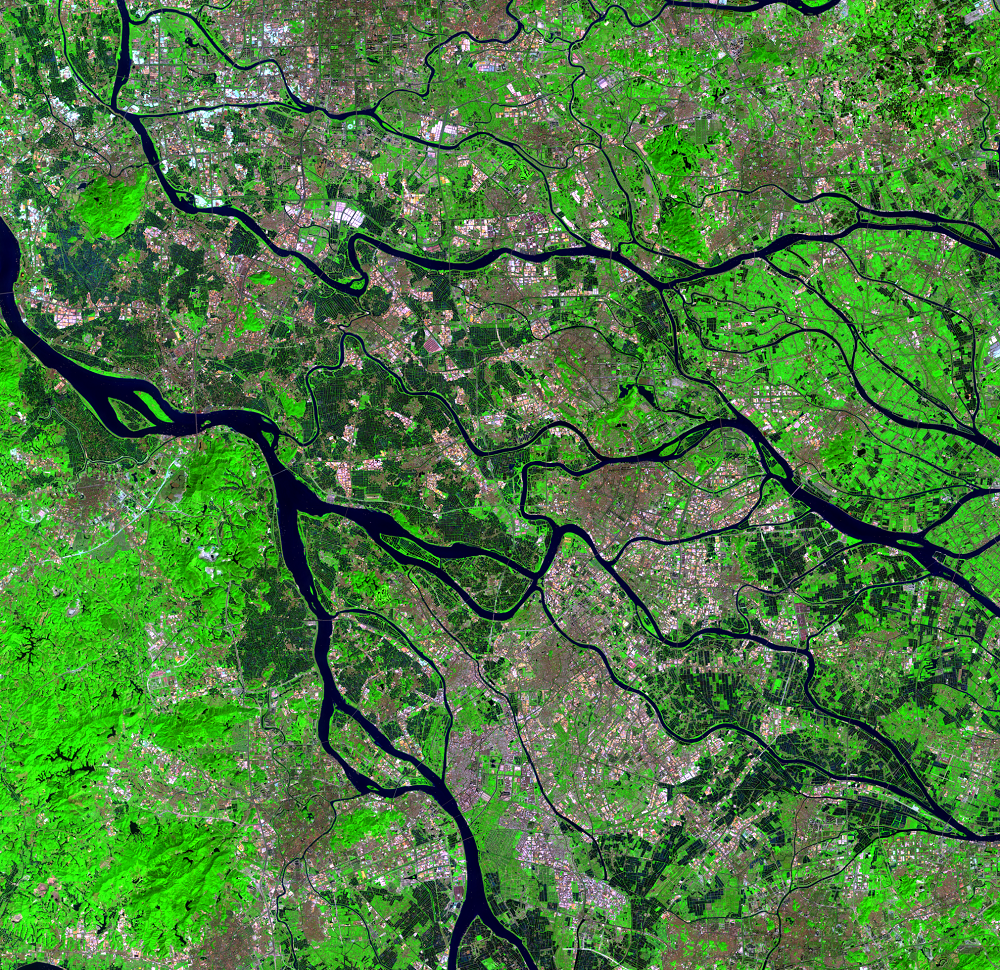 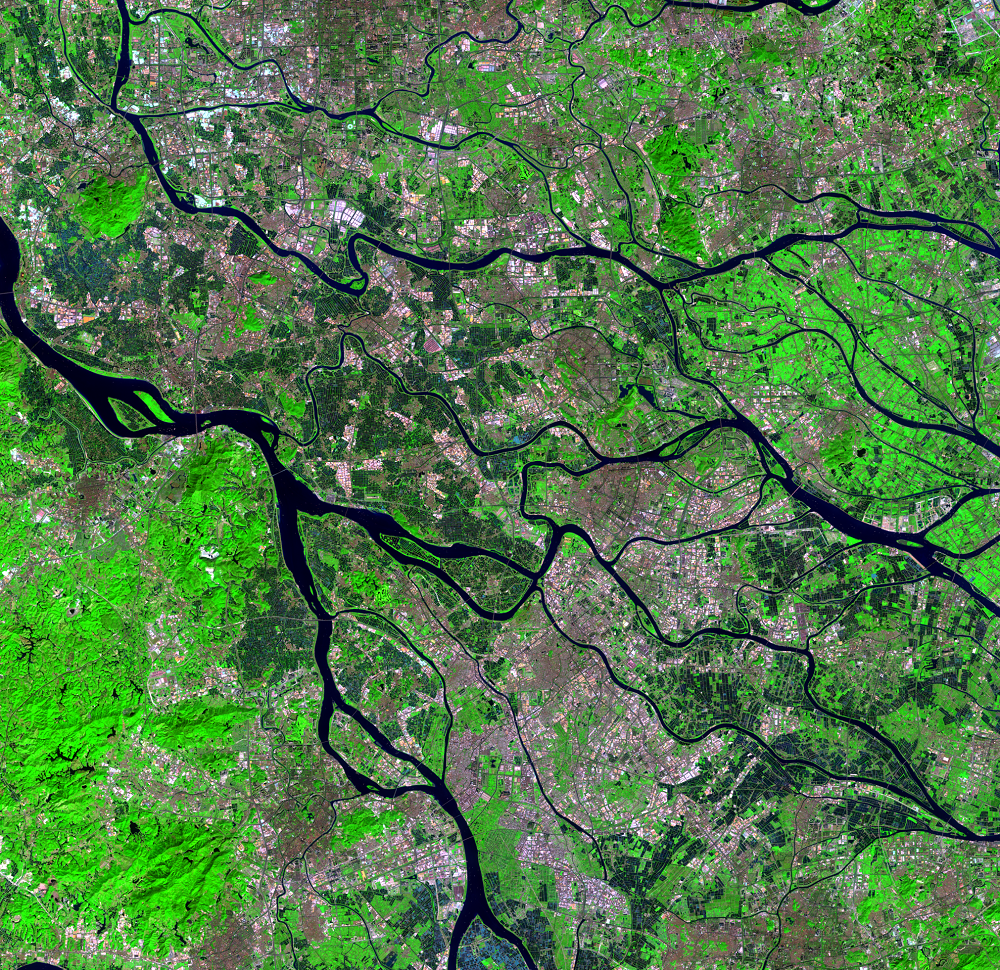 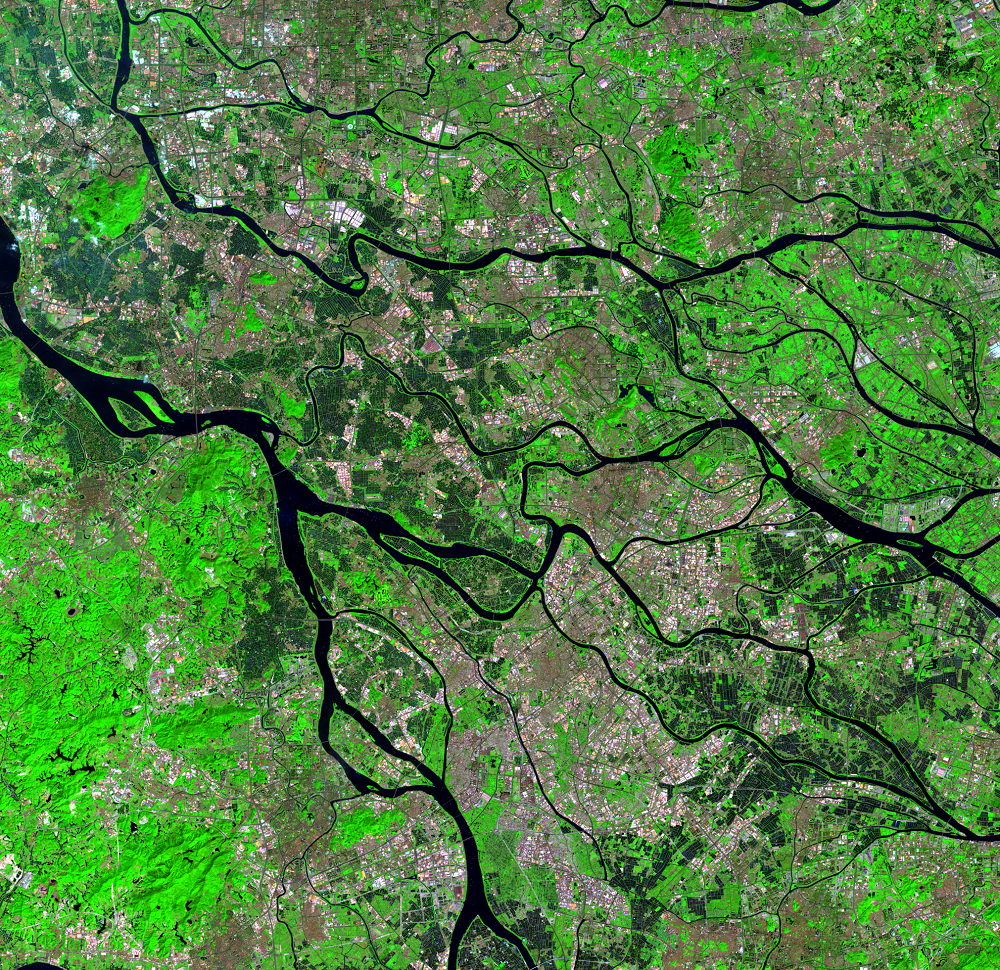 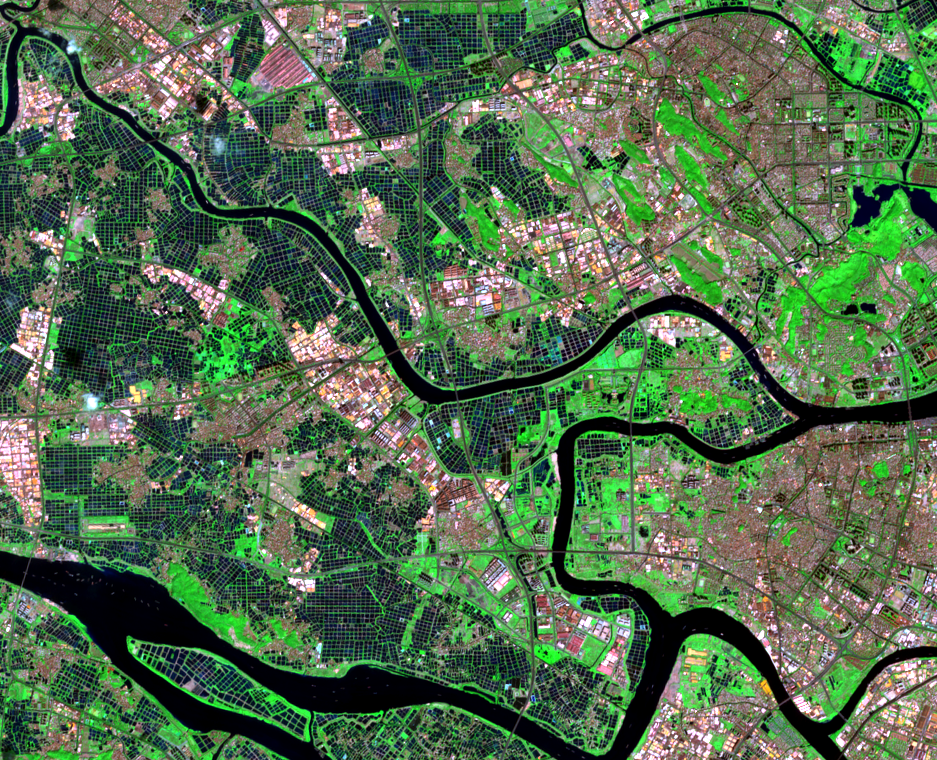 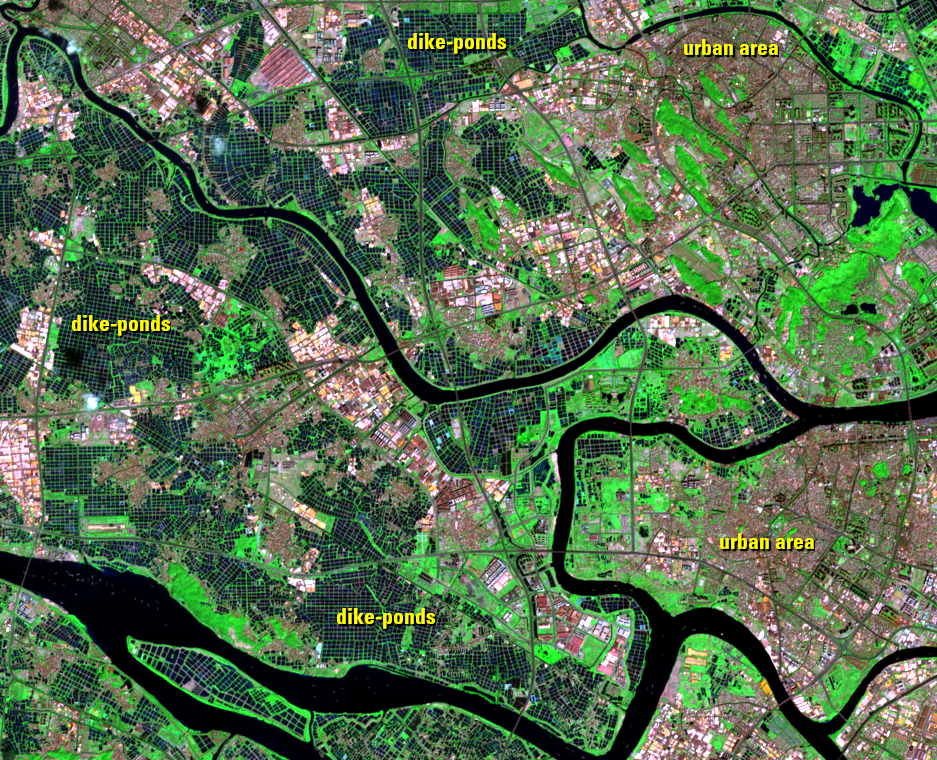 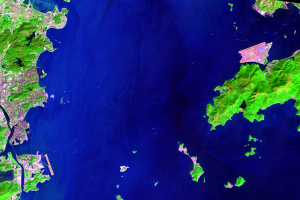 Cities that are growing this rapidly must also show accompanying infra... 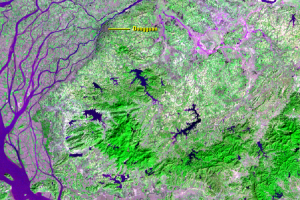 The urban growth in the PRD is vast. There are no longer any clear urb... 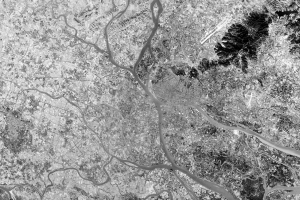 As an example of how the cities of the region have merged after the 19...